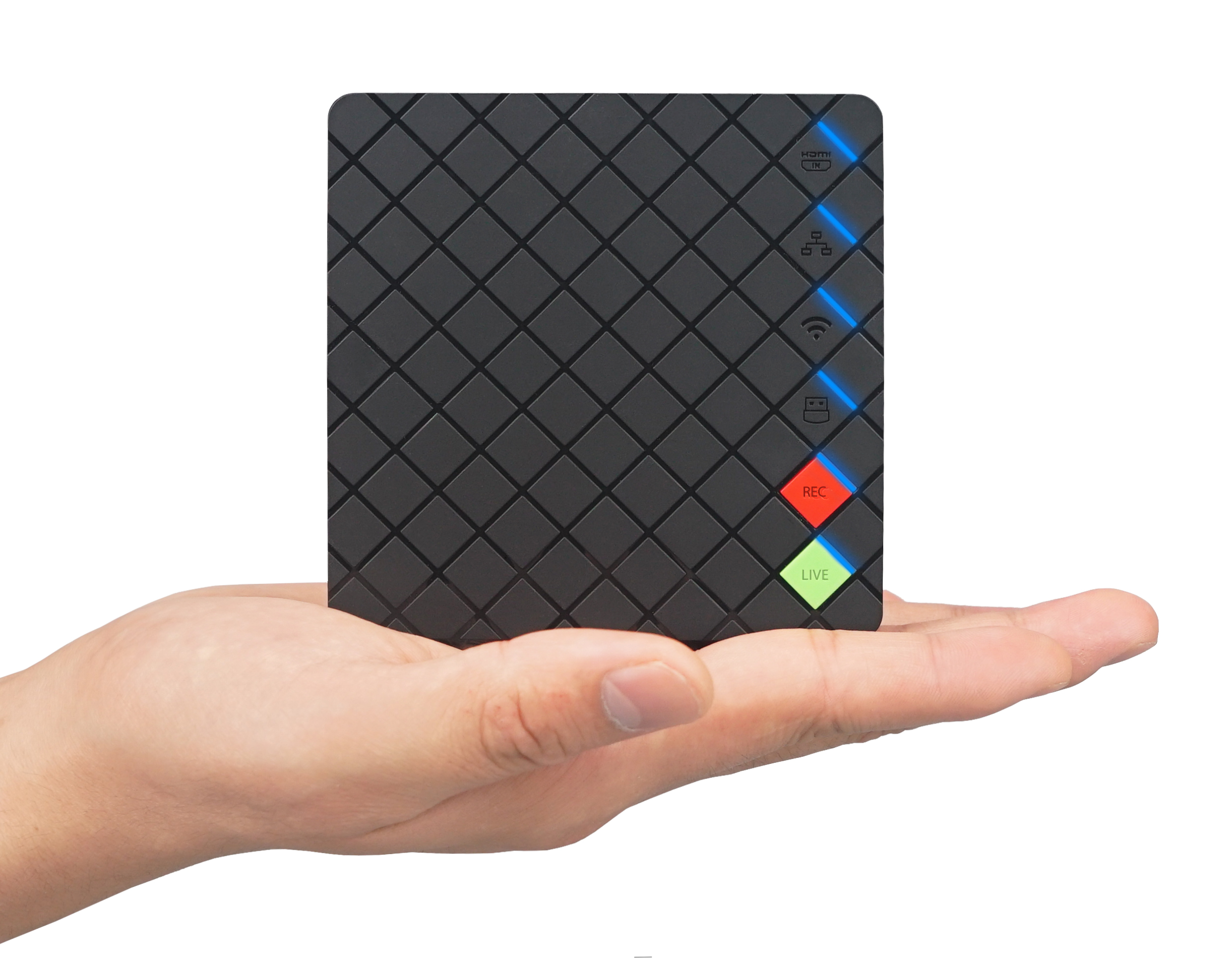 Magewell has released a new upgrade for its award-winning Ultra Stream family of live streaming encoder hardware that further enhances the devices’ exceptional ease of use and versatility. Available in all new units and as a free firmware update for existing customers, version 1.3 adds flexible new recording modes alongside expanded streaming protocol support and various minor refinements.

Magewell’s Ultra Stream encoders make live streaming remarkably simple even for non-professional users, enabling them to record or stream high-quality video with one click using on-device buttons, a browser-based web interface or an intuitive smartphone app. Designed for users who want to stream but may have minimal technical knowledge, the compact devices are ideal for addressing the increased need for live streaming created by today’s stay-at-home and social distancing restrictions.

“Many individuals and organizations are turning to live streaming for the first time to help them continue communicating with their followers, members, constituents or fans,” said Nick Ma, CEO and CTO at Magewell. “Ultra Stream’s outstanding ease of use and affordability make it easy for new streamers to get started, while the encoders’ quality, reliability and feature-richness make it similarly appealing for streaming professionals.” 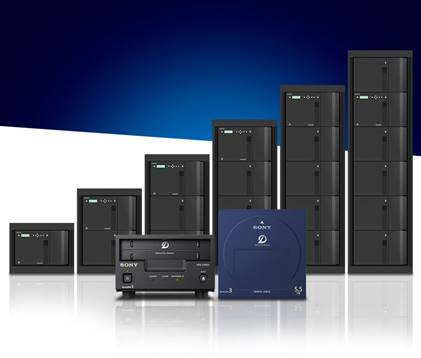 Sony’s enterprise optical disc archive solution provides secure, immutable data preservation for a wide variety of applications and industries, including: corporate IT, state and local governments, surveillance, banking, education and healthcare, among others.

In keeping with Sony’s commitment to its customers and focus on long-term archive solutions, The Gen3 enterprise class eight-channel, dual-sided optical drive is write compatible to Generation 2 and backward read compatible to all Optical Disc Archive cartridges.

Multi-user and multi-site collaboration
Built on a highly-optimized, ultra-low-bitrate encoding platform, Extio 3 provides unprecedented KVM extension and switching performance across both LAN and private WAN infrastructures. This industry-leading technology allows individual users to access dedicated systems or have multiple users connect to the same computer(s)—whether they are in the same building, between campuses, or even across multiple cities—to promote collaborative work environments. 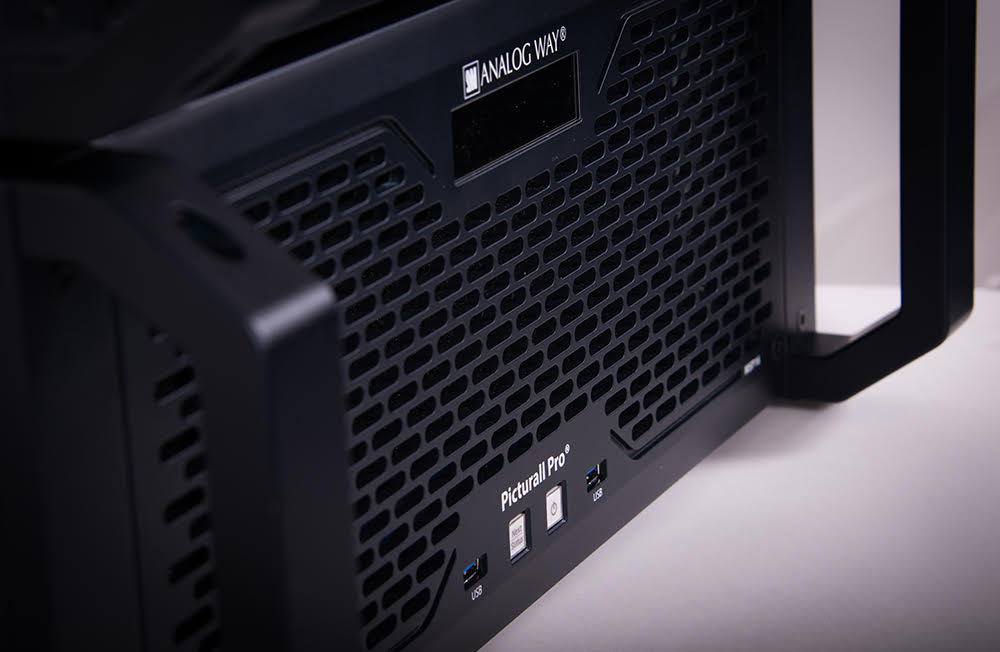 The Atlona HDVS-CAM family is built for video conferencing systems, and is also ideal for instructional applications such as lecture capture and distance learning. The two new models offer a similar feature set, including professional-quality imaging for video resolutions up to 1080p @ 60 Hz, fast and accurate auto-focusing, a quick pan-and-tilt mechanism with minimal noise, and availability in black or white versions. Both cameras also offer effective upgrades to existing codecs in legacy video conferencing systems, delivering high-quality imaging performance and ease of installation. 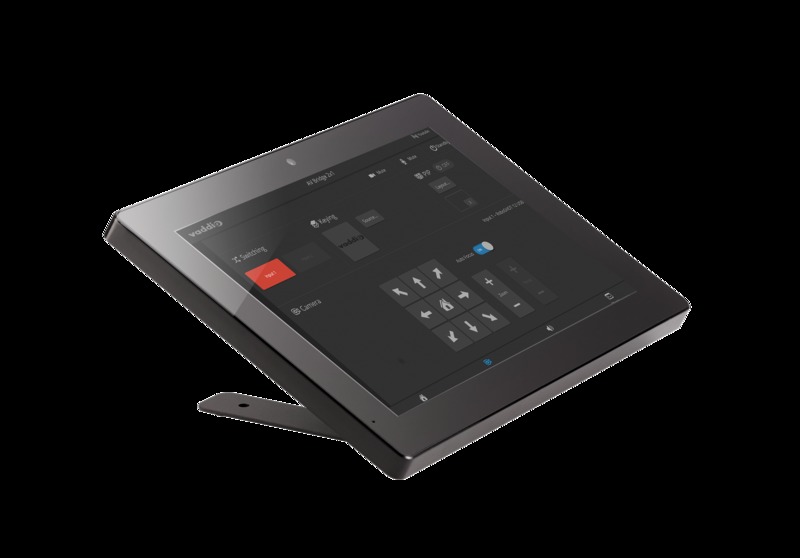 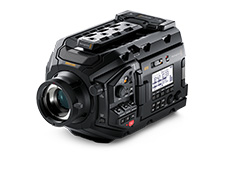 Blackmagic Camera 6.9.3 Update adds support for 11 different languages so it can be used internationally. The camera can be set to English, German, French, Spanish, Portuguese, Italian, Russian, Turkish, Chinese, Japanese or Korean. It’s easy to switch to another language so customers can share their camera with other crew when traveling to locations worldwide. When customers switch languages, all on screen overlays, setup menus and monitoring information will be displayed in the selected language instantly. 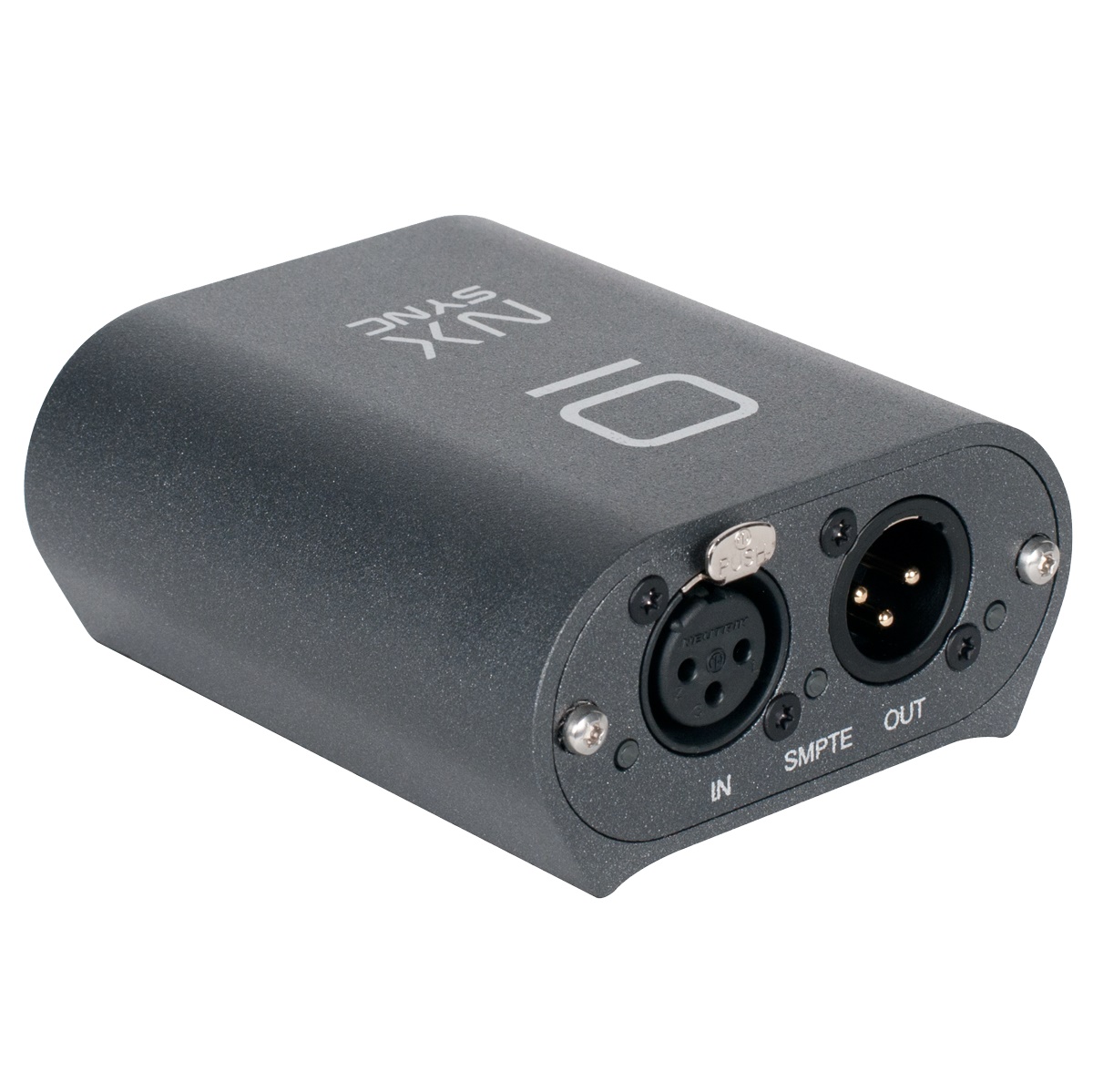 Obsidian Control Systems continues to expand its line of professional solutions with the launch of the NX SYNC™, a powerful plug-and-play USB SMPTE timecode device.

The NX SYNC captures timecode in various SMPTE formats from its 3-pin XLR connection and converts it to a MIDI Timecode (MTC) stream, where it can be read into ONYX or any other MIDI Timecode compatible software. Additionally, it also has the power to take MTC and send it back out as SMPTE. The NX SYNC contains a powerful hardware architecture for instant processing and minimal frame delays. The NX SYNC does not require custom drivers, and in addition to working
with ONYX, it can be used as an SMPTE to MTC/ MTC to SMPTE device for both Windows 10 and MAC OS software applications. 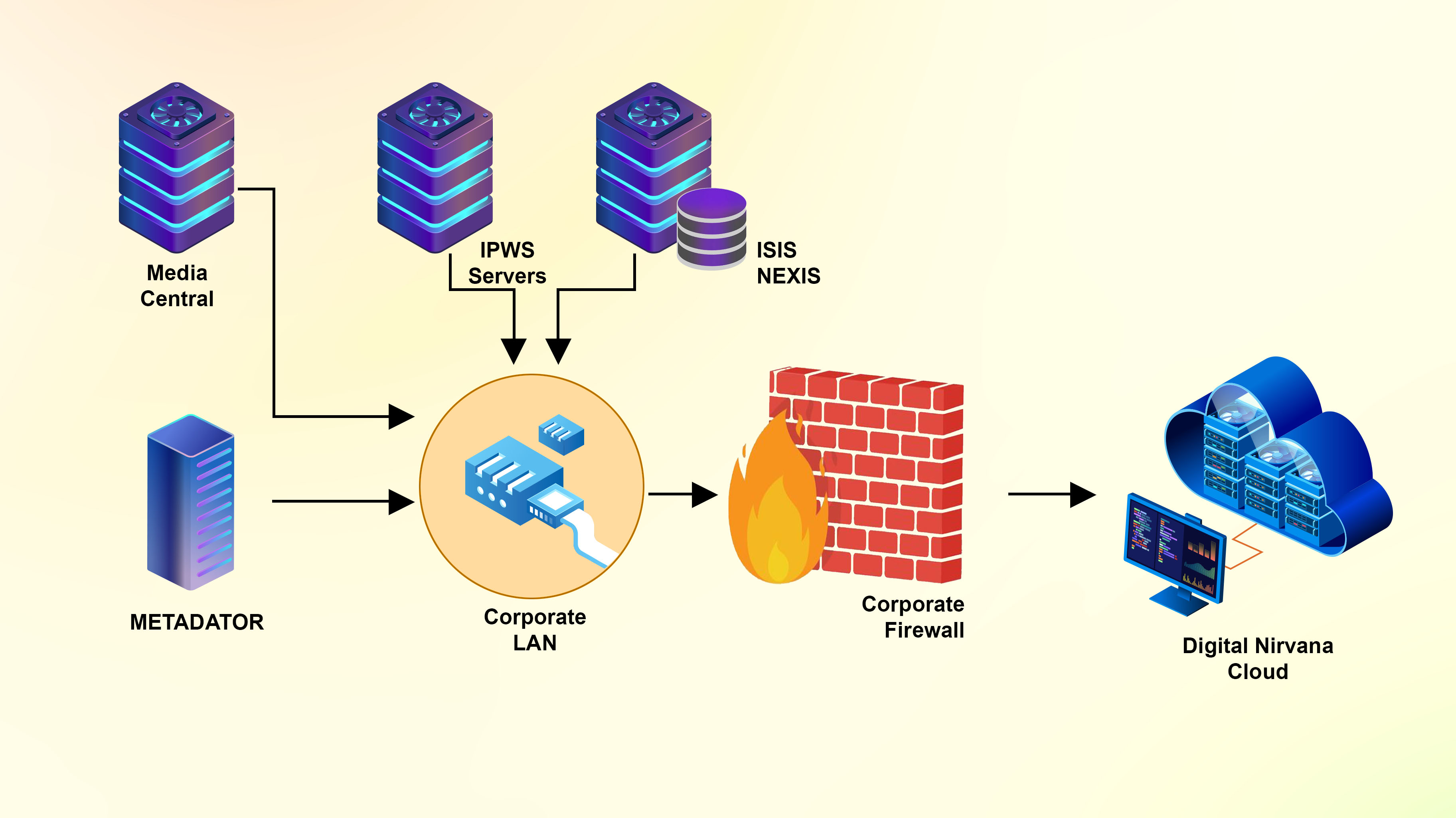 “Media companies are challenged like never before to create larger volumes of personalized content and then deliver it to targeted audiences across many dispersed channels,” said Russell Wise, senior vice president at Digital Nirvana. “The key to creating, finding, understanding, and organizing new content as fast as possible is highly descriptive metadata, but until now its creation has been a manual, time-consuming, and costly process.”

As part of the Ross Live | 2020 program, Ross is today pleased to announce the Graphite PPC, a new portable production center that is lightweight, feature-rich and available at an incredibly accessible price.

Graphite PPC offers customers a remarkable amount of production horsepower – up to two MEs (and four MiniMEs), four DVEs, six frame syncs, four media stores and two MultiViewers. Capable of handling up to thirteen inputs and up to eight outputs, Graphite PPC also includes the same RAVE audio engine (with sample rate converters) that comes with the larger Graphite solution, as well as the same XPression graphics and clips package also found in its elder sibling. Graphite PPC is incredibly light – it weighs only 42 lbs / 19kg including its dedicated soft-shell carrying case equipped with a pull-out handle and wheels. It’s also extremely quiet – ultra-quiet fan cooling means the system can easily be used in the same space as the talent with microphones. Graphite PPC is simple to set-up and requires just a single operator, so you can now deliver a high impact, high efficiency production even more easily.