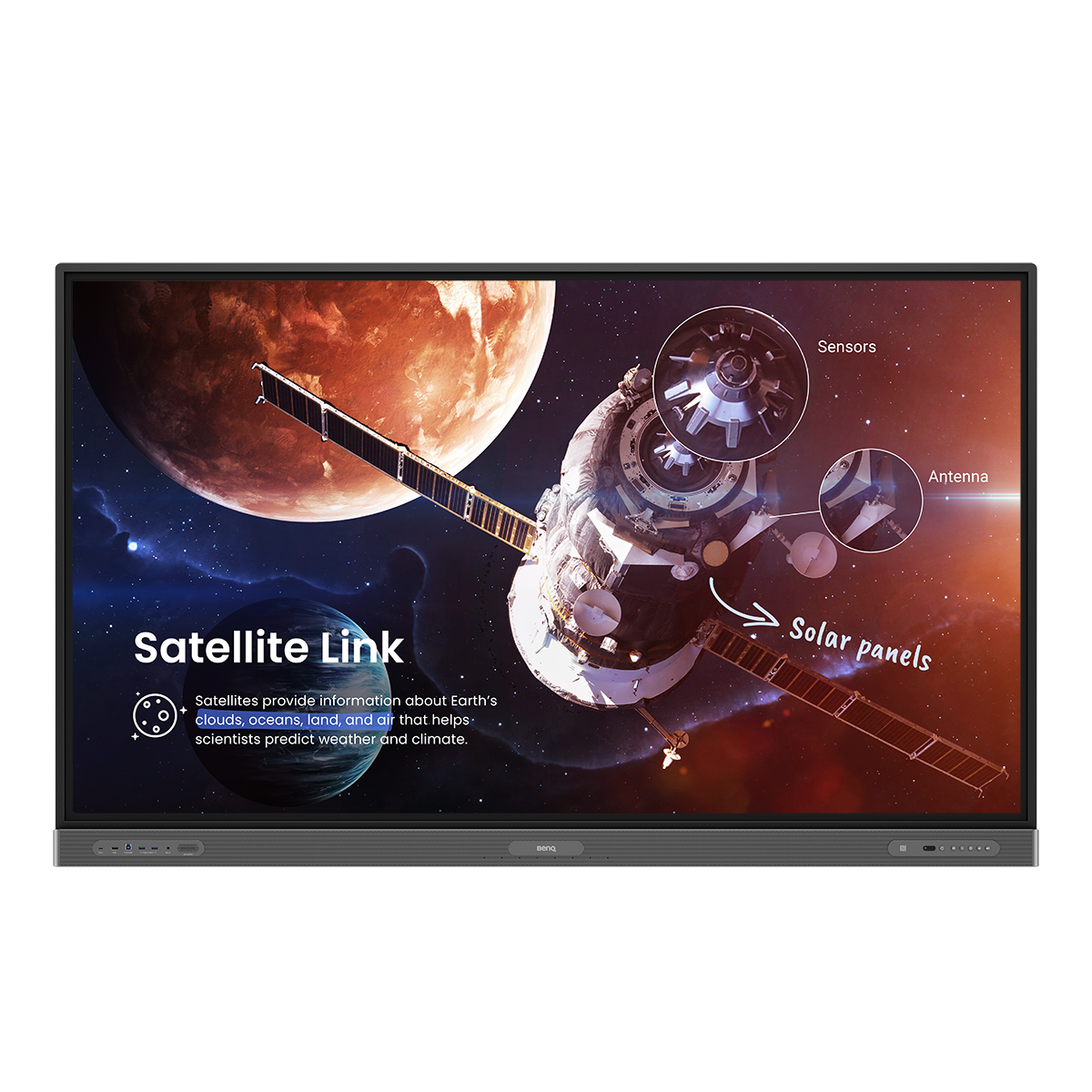 “What sets BenQ Boards apart is that they complement what teachers are already doing with future-ready interactive tools that get kids engaged, but with next to no learning curve,” said David Grzeskowiak, key partner manager at BenQ America Corp. “As the first deployment of our new RP03 series, this is certainly a great win for BenQ and more importantly, for Northview.”

SANUS, the industry leader in mounts and accessories for TVs and smart devices, added 8K and 4K HDMI cables to its lineup. Now shipping, the SANUS 8K Ultra High Speed …

Leading AV distribution innovator Blustream announced today that it is shipping its new 4K HDMI 2.0 8×8 Platinum Matrix. The PLA88CS combines the global standard of advanced HDBaseT™ to transmit HDMI, ARC, LAN, and bi-directional IR and RS-232 signals up to lengths of 328 feet in 4K UHD and 492 feet in 1080p over a single CAT cable. It can accommodate displays with various resolutions —downscaling 4K videos for lower-resolution displays while maintaining pristine resolution for UHD displays — and elevates the audio experience across multiple formats.

“The PLA88CS combines an 8×8 video matrix with a 24×16 audio matrix independently controlled from the video for uncompromising performance and versatility,” said Martyn Shirley, Blustream’s General Manager. “And it is unlike any other matrix in its capacity to mix several multiple high-bit-rate audio output formats, thanks to its independent Dolby Audio and DTS Audio downmixing. Between drastically reducing cables, labor, and programming tasks while elevating features to support today’s 4K UHD installations, we are confident that the PLA88CS matrix will provide installers with a stress-free setup that delivers the high-quality viewing and listening experience users demand.”

The OME-MH21-CP combines all of the functionality of Atlona’s popular AT-OME-MH21 switcher with the ability to charge devices such as laptops, tablets, and mobile phones through the new switcher’s USB-C port. “The original OME-MH21 continues to offer a powerful yet cost-effective AV and USB data integration solution for huddle rooms, small meeting spaces, and other gathering areas,” said Paul Krizan, Product Manager at Atlona. “The OME-MH21-CP offers all of the same benefits and adds further value by enabling a presenter or meeting participant to charge their device while seated at the meeting table without additional power supplies or cables.” 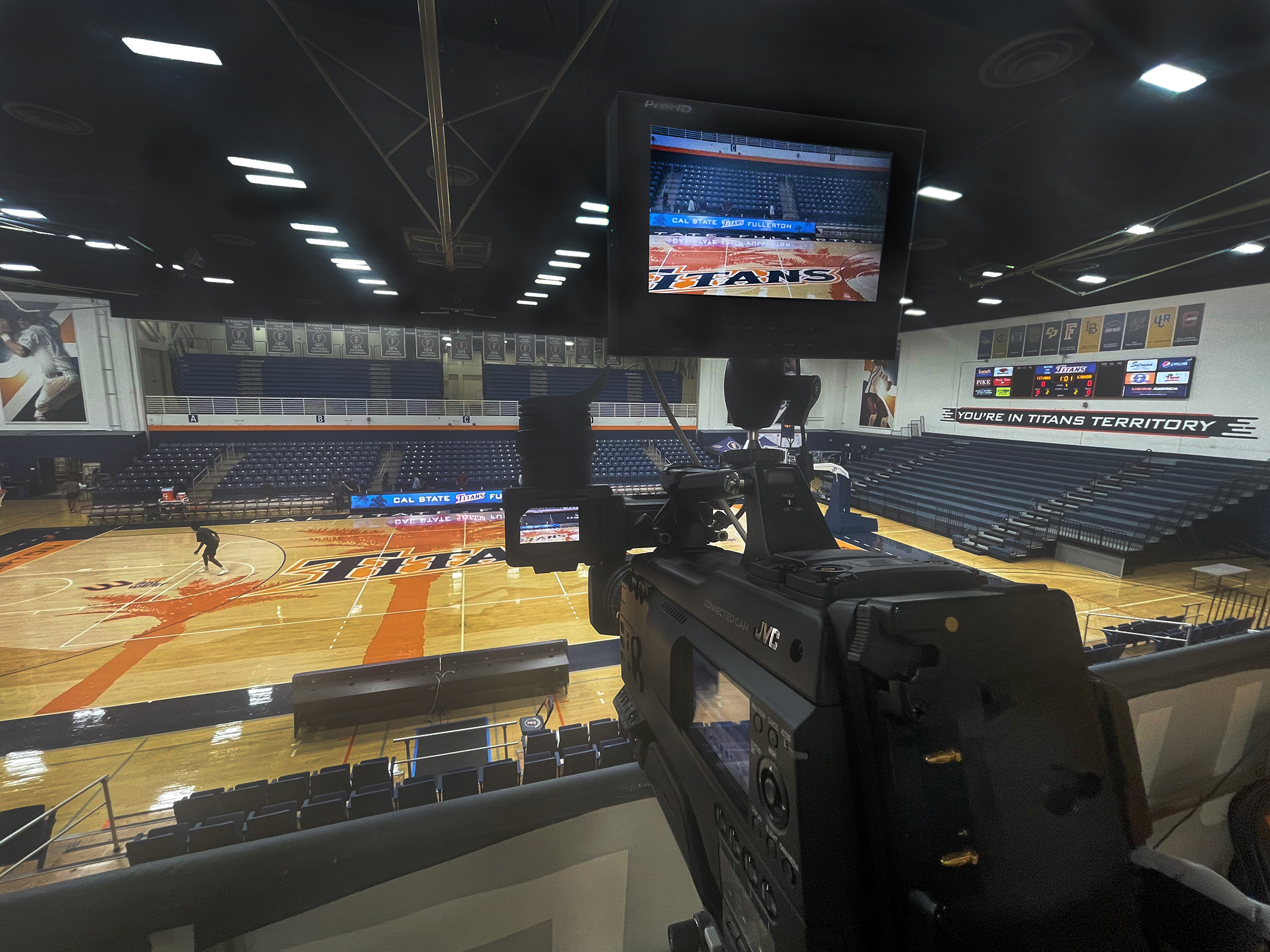 When Timothy Jackson joined Cal State Fullerton as Assistant Athletic Director of the Titans Sports Network, he was tasked with continuing to facilitate the growth of the schools’ sports productions for ESPN+. To enhance the Titans’ broadcasts, Jackson added the GY-HC900CHU CONNECTED CAM™ Broadcast Camcorder from JVC Professional Video, a division of JVCKENWOOD USA Corporation, to the school’s inventory. 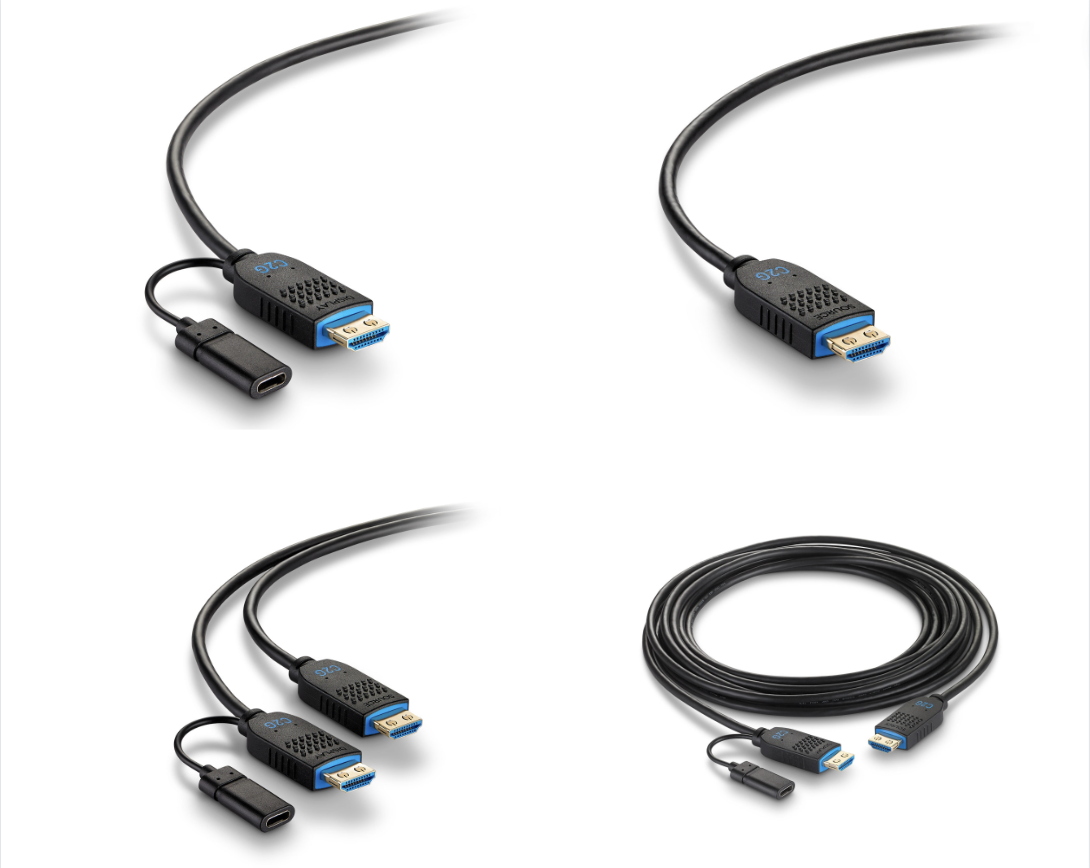 C2G today announced its new Performance Series High Speed HDMI Active Optical Cables (AOC). Available in 12 different lengths from 15 feet to up to 300 feet, they’re perfect for applications requiring high-speed HDMI features and video resolutions up to 4K (4096 x 2160) at 60 hertz. Examples include classrooms, meeting rooms, and other commercial applications, as well as high-interference environments such as data centers, surgical theaters, or manufacturing facilities, where high-resolution and consistent displays are critical. The series features support for HDMI 2.0, a plenum-rated jacket, integrated finger grips on the connectors for easy insertion and removal, gripping connector shell for two times greater port retention, gold-plated connectors for increased electrical conductivity and enhanced durability, and directional cable with source connector labeled and tagged to easily differentiate from the labeled display connector.

“Cabling is the foundation of every installation and requires solid, reliable, and powerful solutions that will last for years and years,” said Robert Mays, Associate Product Marketing Manager, C2G, A Brand of Legrand. “We have engineered our HDMI AOCs with quality components to give a robust design and enhanced performance, ideal for installation needs that are beyond the length limitations of standard HDMI copper cabling. In addition, they’re thoroughly tested and are backed by our industry-leading warranty, so installers never have to worry.” 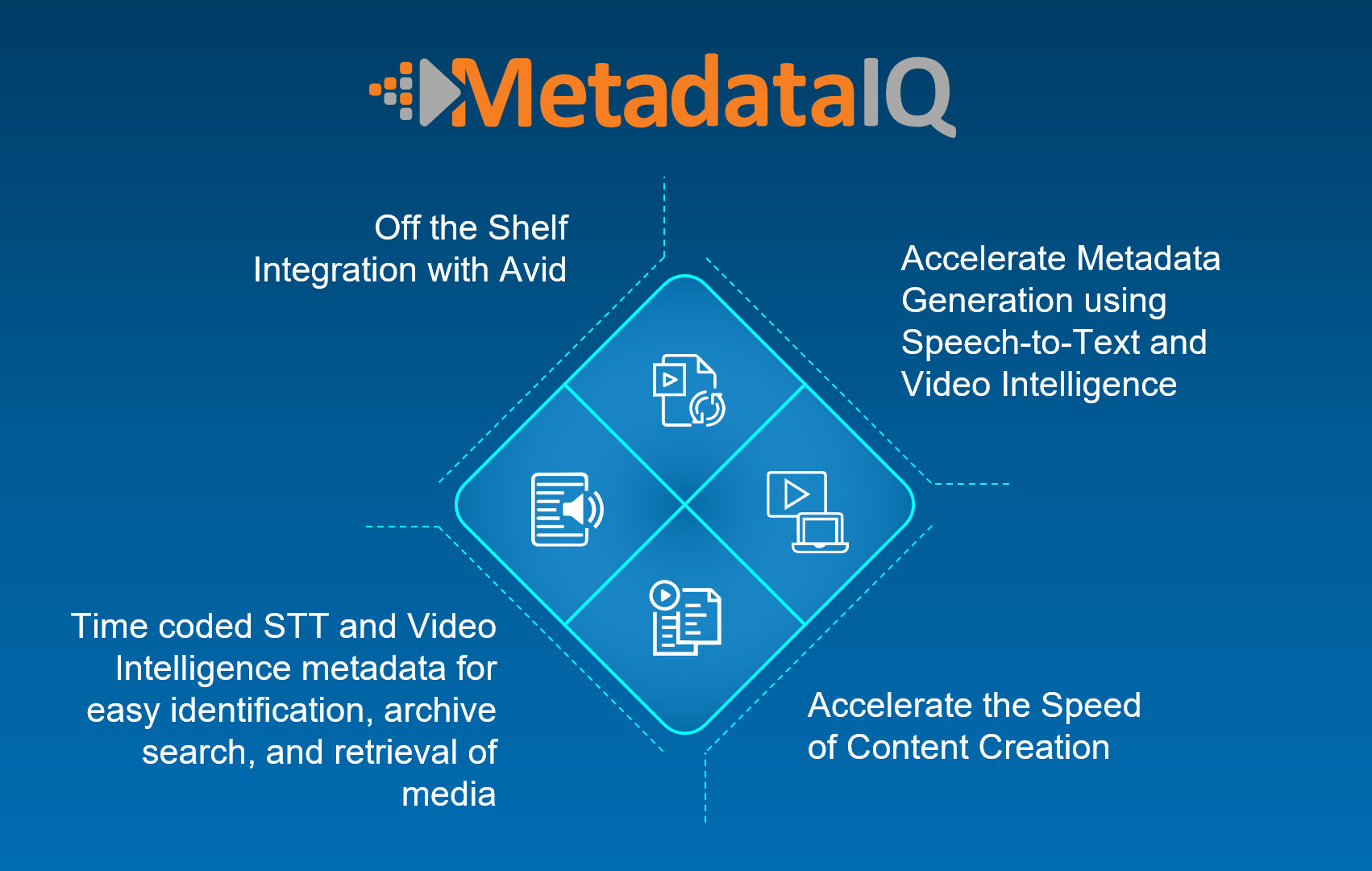 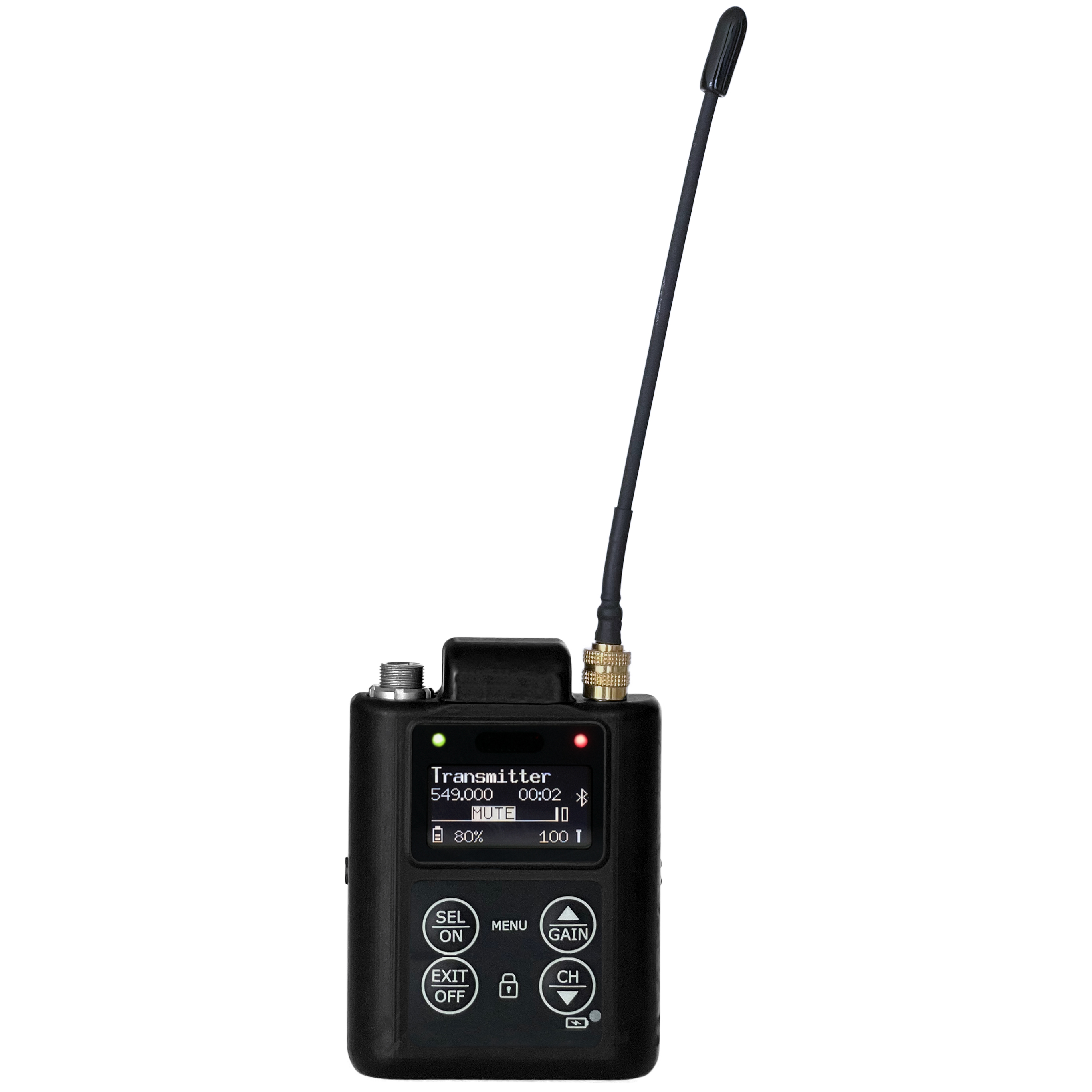 Wisycom will unveil its new MTP61 Transmitter, the latest addition to its Symphony product line, at AES New York (Booth 437). The smallest and lightest multiband bodypack transmitter on the market, the MTP61 has the widest tuning range currently available (470 to 1260MHz). Among the industry’s most powerful transmitters, the compact design of the MTP61 not only makes it comfortable, but also ideal for location sound and theater applications alike.

“We developed the MTP61 in direct response to market demands,” says Geoff Baynard, Product Marketing Manager, Wisycom. “A cross between our existing MTP41 and MTP60 Transmitters, the MTP61 incorporates all the advanced technology of our Symphony line in a smaller form factor. This includes seamless connectivity via long-range Bluetooth 5 to the new Wisycom App, enabling users to monitor and adjust parameters in real-time, from anywhere in a venue.” 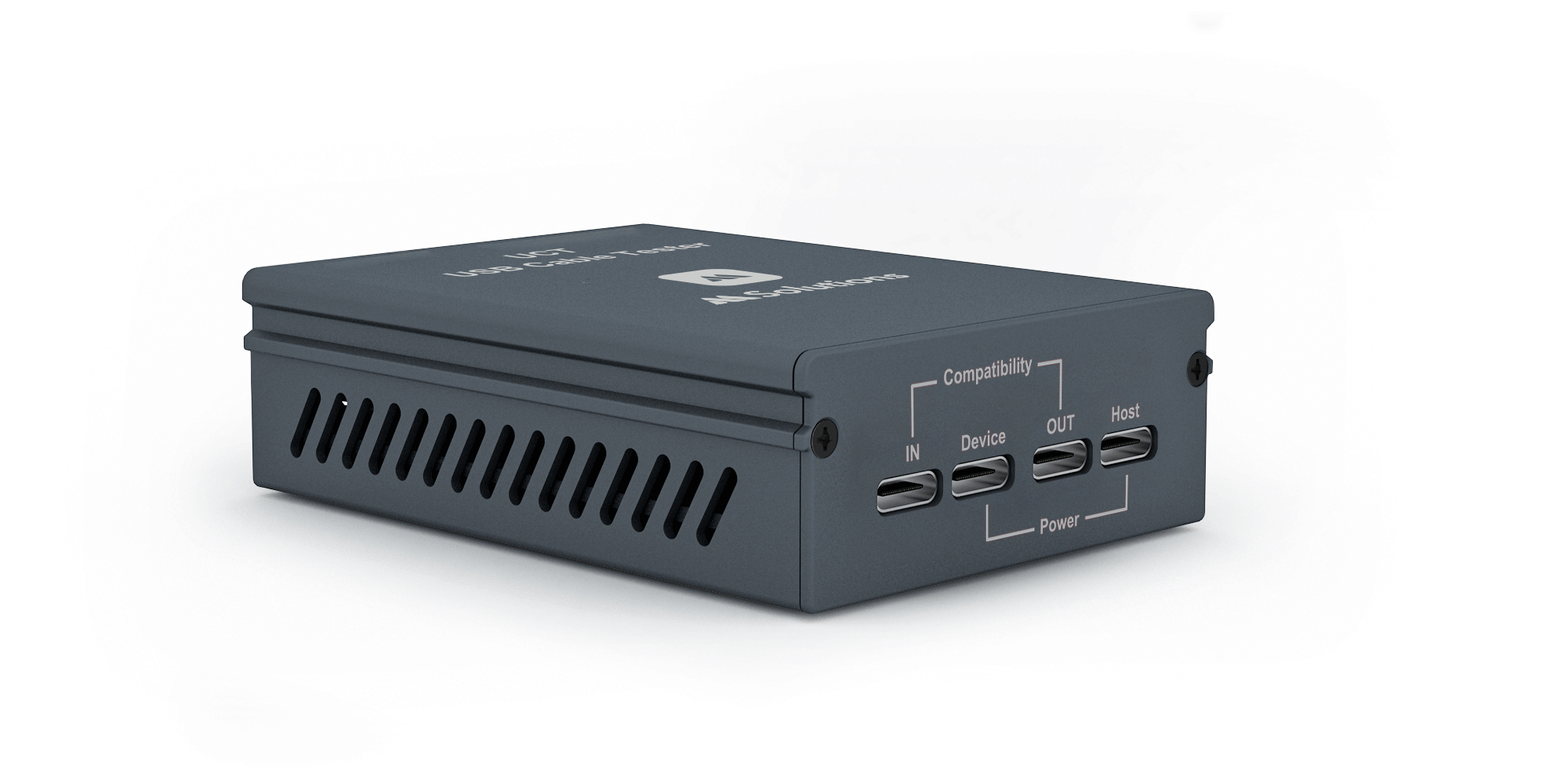 MSolutions, a leading supplier of AV test devices and collaboration solutions, is now shipping its new USB cable test (UCT) module, the AV industry’s first solution for qualifying today’s wealth of USB cables, signal types and connectivity options. The UCT module also helps users understand the power consumption of a USB device in relation to the host, as well as bandwidth, data speeds and the presence of specific wires across the cable that match varied USB specifications.