The historic and highly emotional event in Lower Manhattan, on the site of the 9/11 attacks, presented one of the most challenging RF environments on earth, but RF Venue’s Diversity …

King Jesus Church in Miami, Florida is taking their production to the next level with a recent upgrade to their Clear-Com® intercom system. The upgrade incorporated their existing Clear-Com Encore® analog partyline intercom system and …

Mundial Church, one of the leading houses of worship in Brazil, recently produced a remarkable live event, broadcast across the country thanks to Caton Technology and partner Elitte Telecom. Caton …

First Baptist Church of San Marcos is a diverse and multi-generational church based in San Marcos, Texas. In 2012, the church reached out to sound designer Curt Taipale of Taipale … 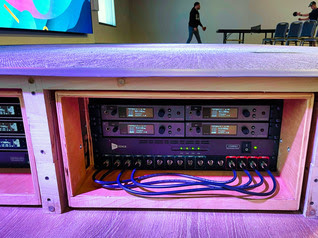 The Church For All Nations in Colorado Springs, CO, had a problem. Actually, they had a multifaceted problem: its RF wireless microphone and IEM systems were experiencing regular dropouts and signal fades during services and even rehearsals. The RF products the church was employing, such as antennas and combiners, were not working effectively – or at all, in some instances – and the church’s own knowledge base was shaky on the complex topic of RF management. Luckily, a set of online resources from RF Venue got the church’s technical personnel on the right track, leading to a more knowledgeable staff and eventually an updated system of RF Venue components.

“RF has gotten progressively harder and harder to deal with in the last few years,” says David Cowart, an associate pastor at Church For All Nations and occasionally its sound mixer, a role he shares with several other staff there. Citing the loss of spectrum over the last decade-plus as the FCC has auctioned off frequencies in the key areas used by wireless microphones, Cowart found in that time that even many AV systems integrators, who were otherwise savvy and knowledgeable when it came to most audio and video systems, had significant gaps in their understanding of RF. 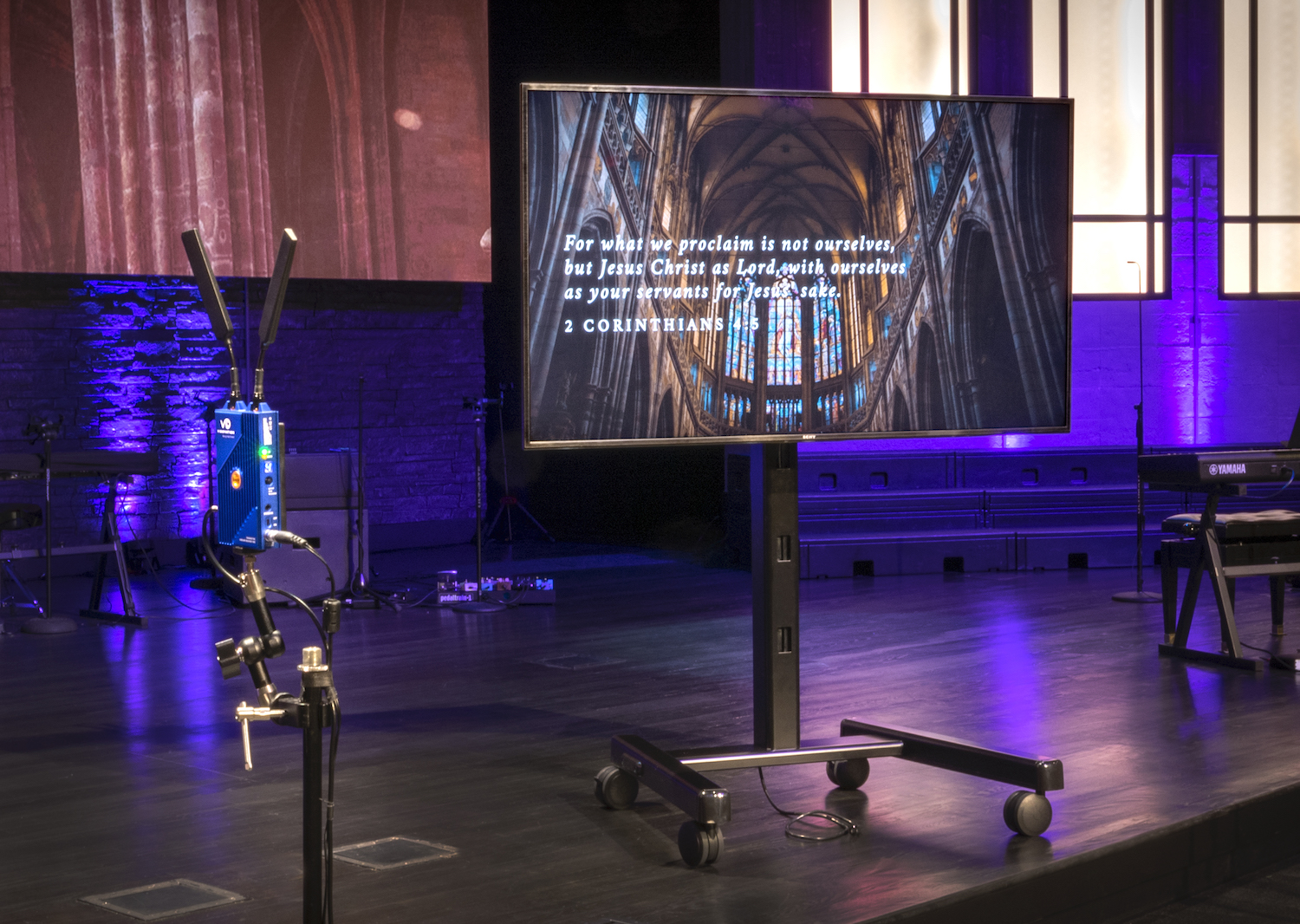 “Our experience with VidOvation and the company’s products has always been good, and when we needed wireless video transport for the Compass project, we tested the VidOlink Reacher system extensively to see how it stacked up against our other options,” said David Roche, co-owner of Strata. “We found it to be more robust and more reliable over a longer transmission distance than competing products.” 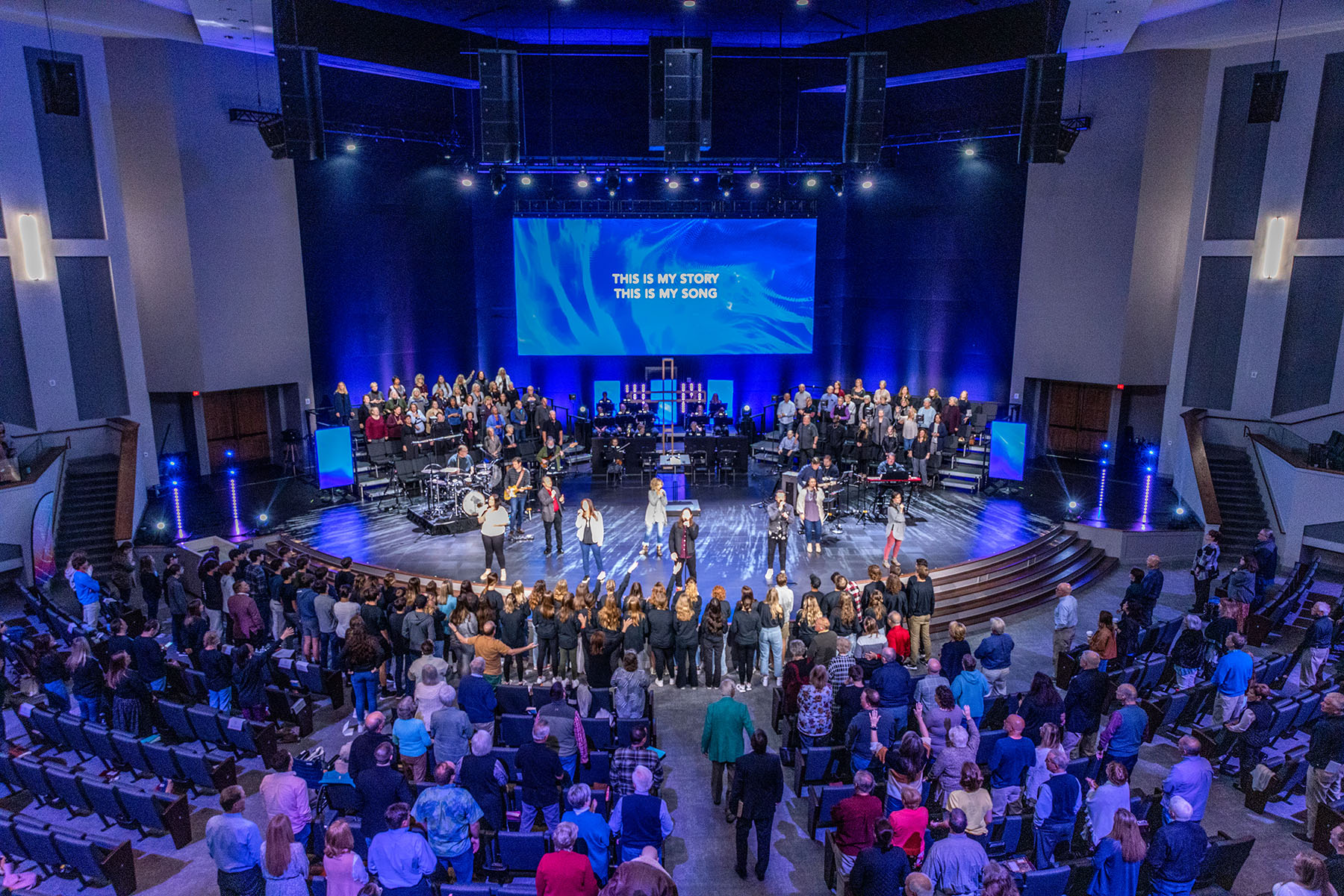 First established in 1891, First Baptist Concord (FBC) is a Knoxville-area church that has witnessed considerable change over its 130 years. One thing that remains the same, however, is the pastoral team’s commitment to personally connecting with its parishioners. Case in point, when FBC took on the renovation of its 25-year-old main Worship Center last year, it chose to install L-ISA immersive technology using an L-Acoustics A Series-based loudspeaker system to further deepen and enrich the worship experience for its congregation.

Following several successful one-off projects with Solotech, the church approached the company’s Nashville team again to help it design and integrate new audio, video, and lighting systems for the space. Solotech Integrated Systems Designer Luke Lasater picks up the story: “We worked closely with L-Acoustics to design two PA options for the church—a standard left/right system and an L-ISA option. After reviewing the designs with the church, all agreed L-ISA was the way to go for many reasons: the budget was within a few thousand dollars to the traditional L/R system, coverage was better for the fan-shaped room, sightlines were improved with shorter hangs, and the ability to actually position the elements onstage in the ‘Scene’ of the L-ISA configuration meant that the singers, band, choir, and orchestra could all find a space in the mix. Plus, it gave much of the room a sense of space and a connection to what was happening onstage, which a dual-mono system with a traditional L/R setup in that wide room could not accomplish.”

Founded by Pastor Bill Scheer in 1992, GUTS Church (https://gutschurch.com) is a contemporary Christian church that maintains a ‘Come as you are’ approach designed to appeal to those who are …