Join the Sennheiser team and Cirque engineers for an afternoon of RF training.

The Sennheiser RF Academy teaches how to plan for trouble-free operation in the toughest environments. These concepts and best practices apply to both wireless microphones and wireless in-ear monitoring. 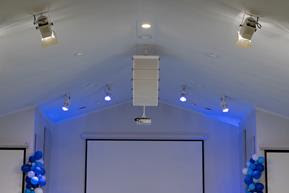 Speaking Spirit Ministries of Richmond, VA is a non-denominational Christian ministry, which in the space of nine years has expanded to three campuses, offering over 100,000 sq. ft of worship space.

Known as Glen Allen Campus, the Ministry’s latest facility opened recently, and again RTW Media were brought in by pastors, Fred and Inger Wyatt to provide a complete AVL technology infrastructure. Incorporating projection and control, the PA this time was based around a central hang of Martin Audio’s premium Wavefront Precision line array.

Andrew will lead operations in the US to improve quality, drive operational efficiencies and improve customer satisfaction in this newly created role. Mr. Menendez brings decades of audiovisual (AV) experience and operational excellence from AV industry companies. He has been with Electrosonic for the past two years, and in his new role will be part of the global operations leadership team reporting to COO Steve Chambers. 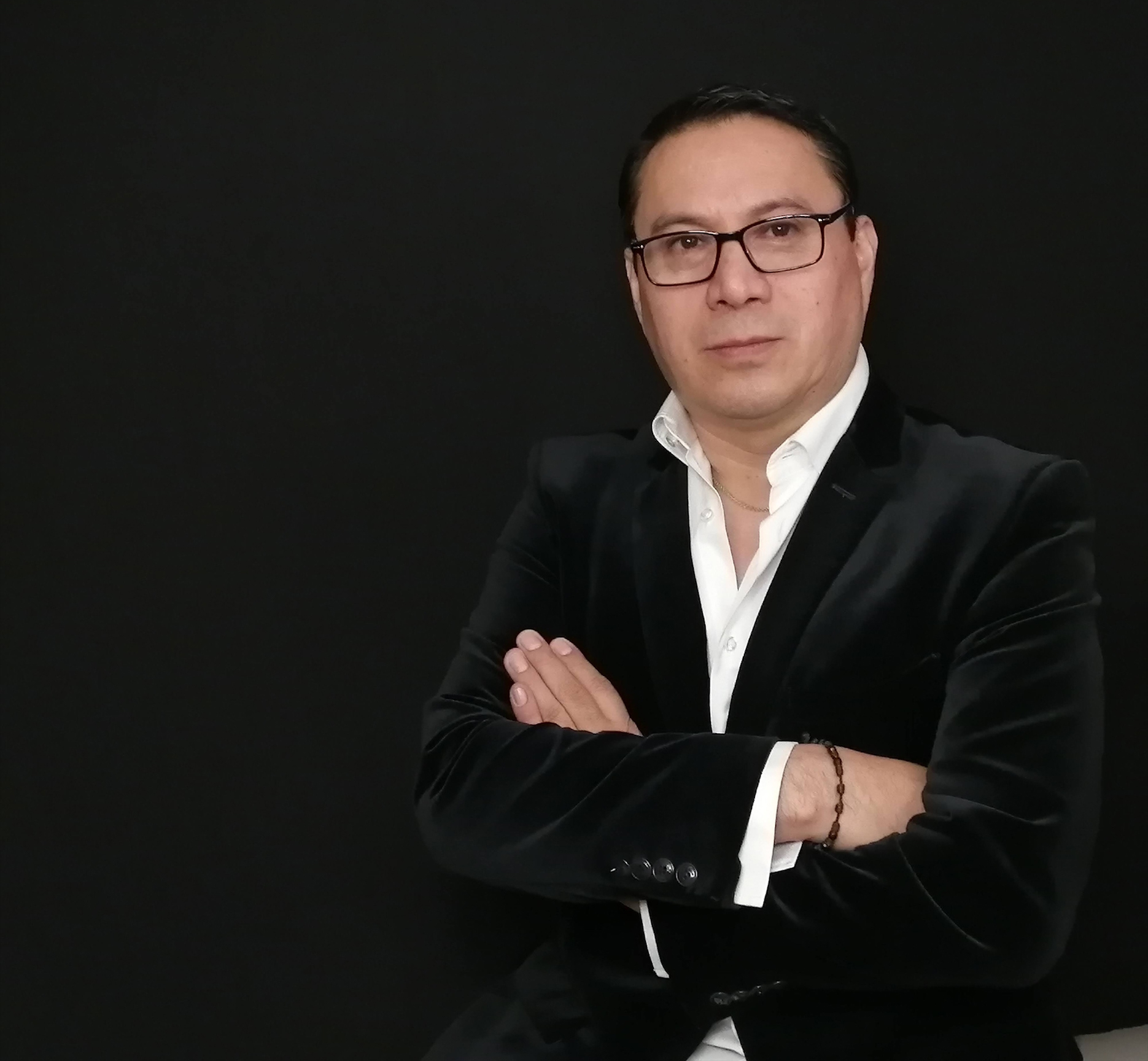 Eastern Acoustic Works (EAW®) announces the addition of Rafael Covarrubias to the LATAM team as Regional Sales Manager. Covarrubias is responsible for developing new partners and managing existing EAW partners in the region south of the U.S. border.

“We are ecstatic to welcome Rafael to the EAW team,” says T.J. Smith, president of Eastern Acoustic Works. “He brings with him a thorough understanding of the industry that will assist him in furthering EAW’s goals of being a driving force within the LATAM market.” 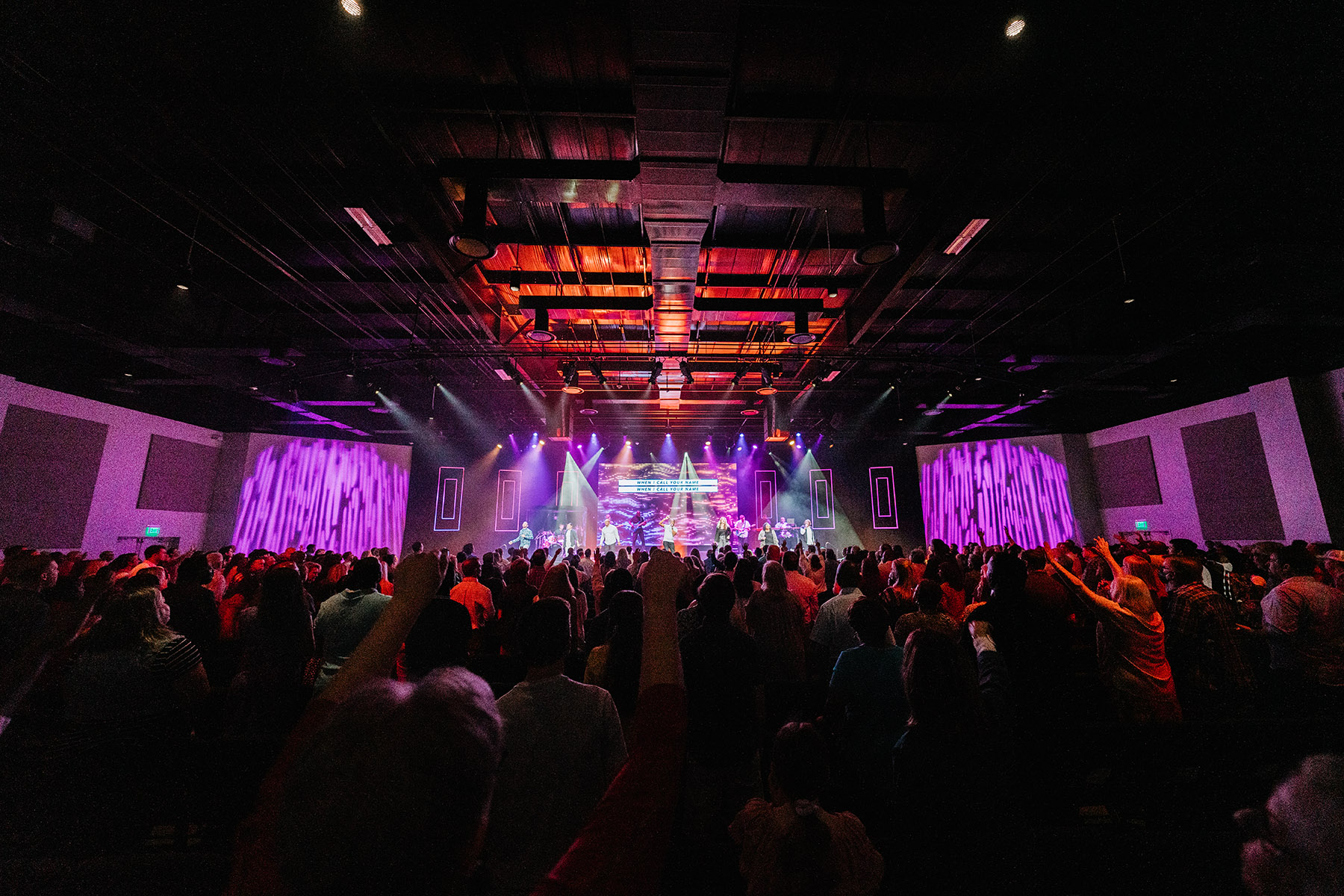 Since its founding in 2001 by pastor Chris Hodges and a core group of 34 people, the growth of Church of the Highlands has been nothing short of astounding. In that time, the multi-site megachurch has grown to two dozen campus locations, mostly in central Alabama and centered around Birmingham. In the process, it has become the second-largest church in the United States, with an average of over 43,000 attendees each week.

Now, its newest location, a 1,000-seat church on the former site of Gibson Elementary School in Birmingham’s Woodlawn neighborhood, reflects one of the ways that Church of the Highlands has expanded so quickly and seamlessly: the church’s AVL crew is a technologically savvy group of folks. Opened in September, Church of the Highland’s team installed a new L-Acoustics A10 sound system themselves using a design from the L-Acoustics Soundvision software. Backstage Productions LLC, the local AV systems integrator who sold the system, and BJ Shaver, L-Acoustics Director of Sales, Americas, provided valued help and input for the design of the new system install. 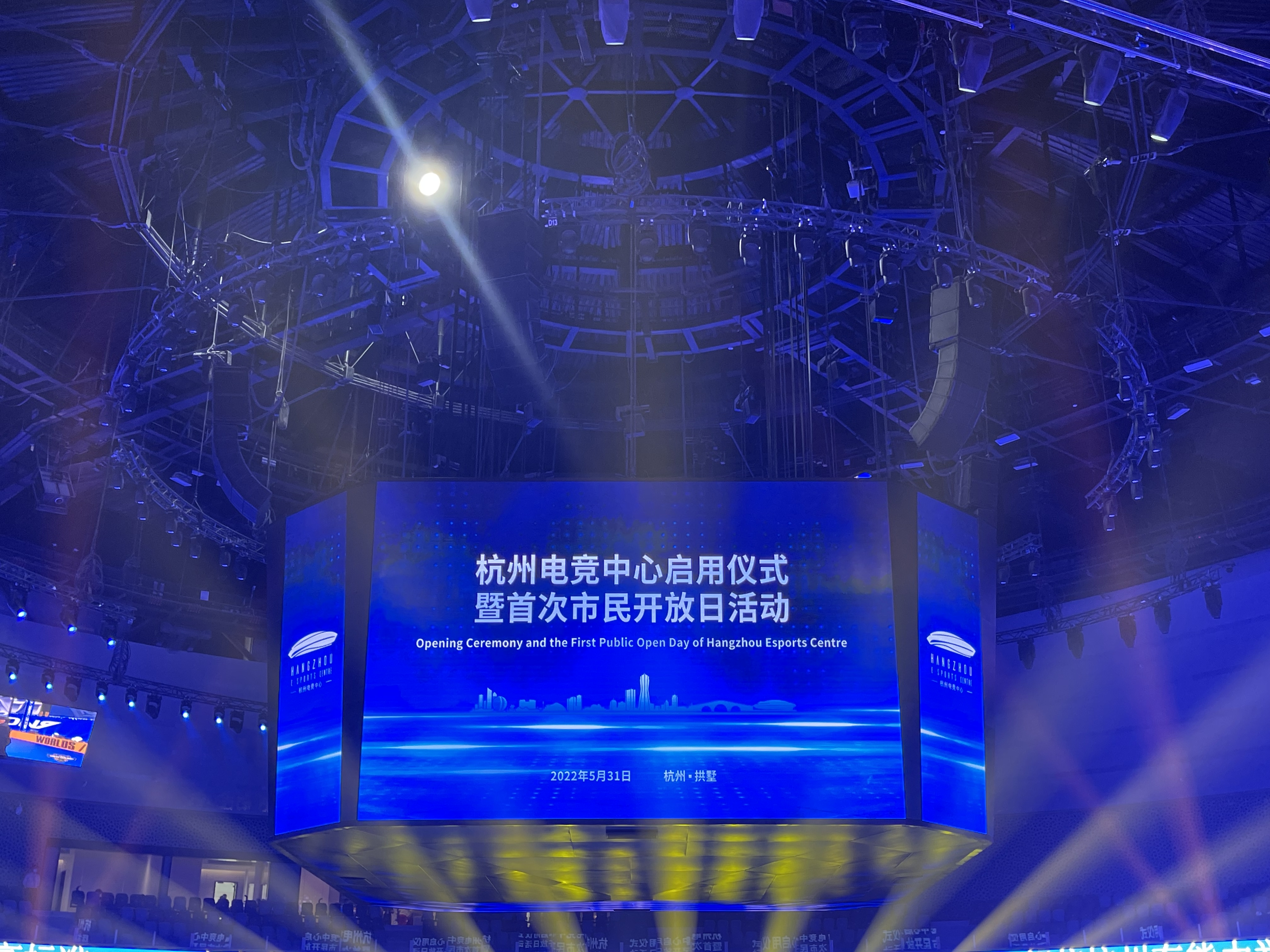 Hangzhou Esports Center, the first professional esports venue in China, recently opened its doors to esports professionals. The starship-shaped venue is the perfect fit for the futuristic and science-fiction feel of esports, but due to the large event space with a long reverberation time, it was a challenge to find an audio system that could achieve the extremely high requirements for esports competitions. 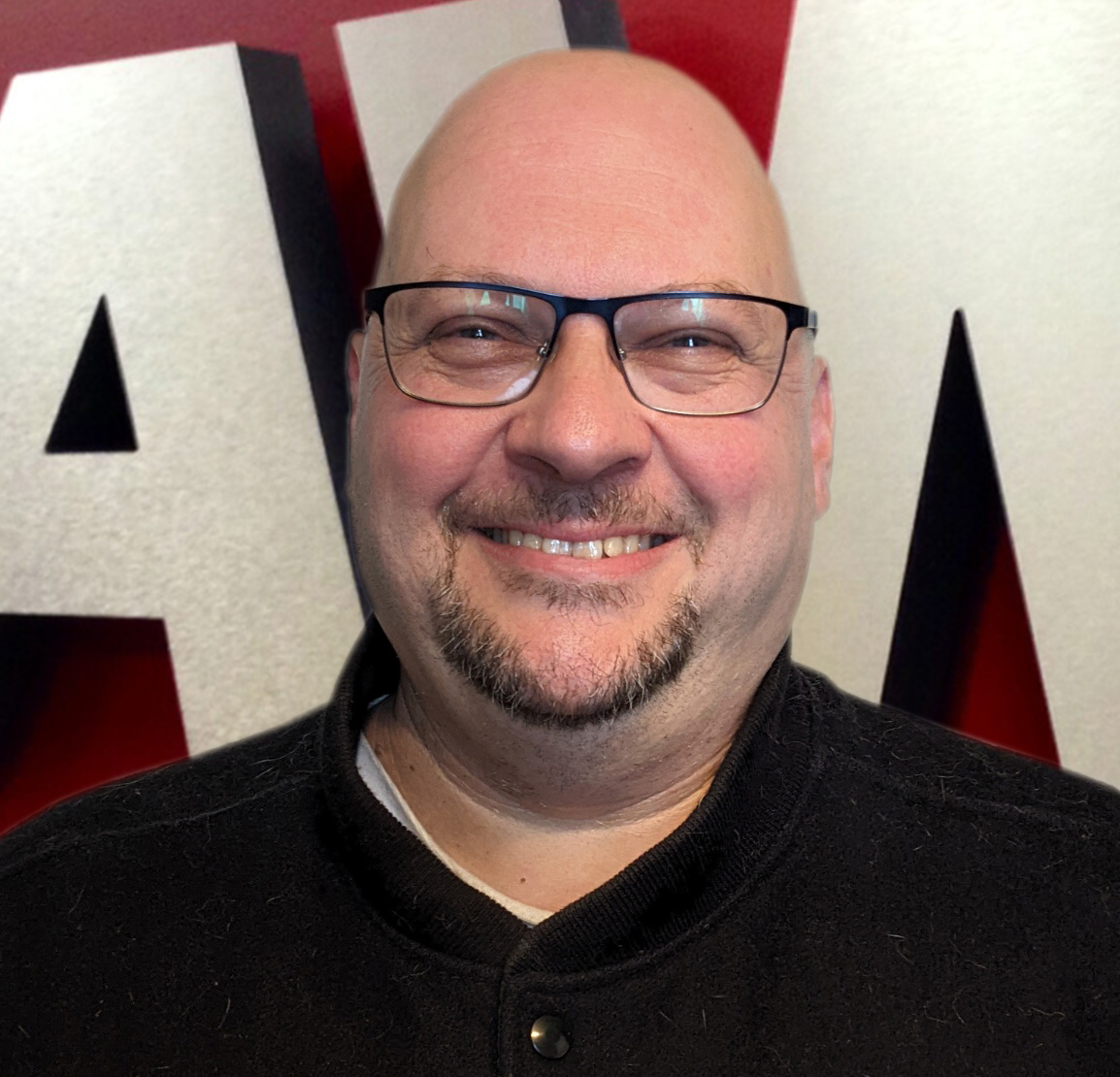 Eastern Acoustic Works (EAW®) announces that Steve Badham will be returning to the company covering Technical Sales throughout Europe, the Middle East and Africa. Badham has a long history in the professional audio industry and in particular with EAW.

“We are excited to welcome Steve back to the EAW family,” says TJ Smith, president, Eastern Acoustic Works (EAW). “Steve’s experience, product knowledge and technical savvy make him a great addition back to our team. With Steve’s contributions and hard work, we look forward to continuing to grow the EAW brand in the EMEA territories.” 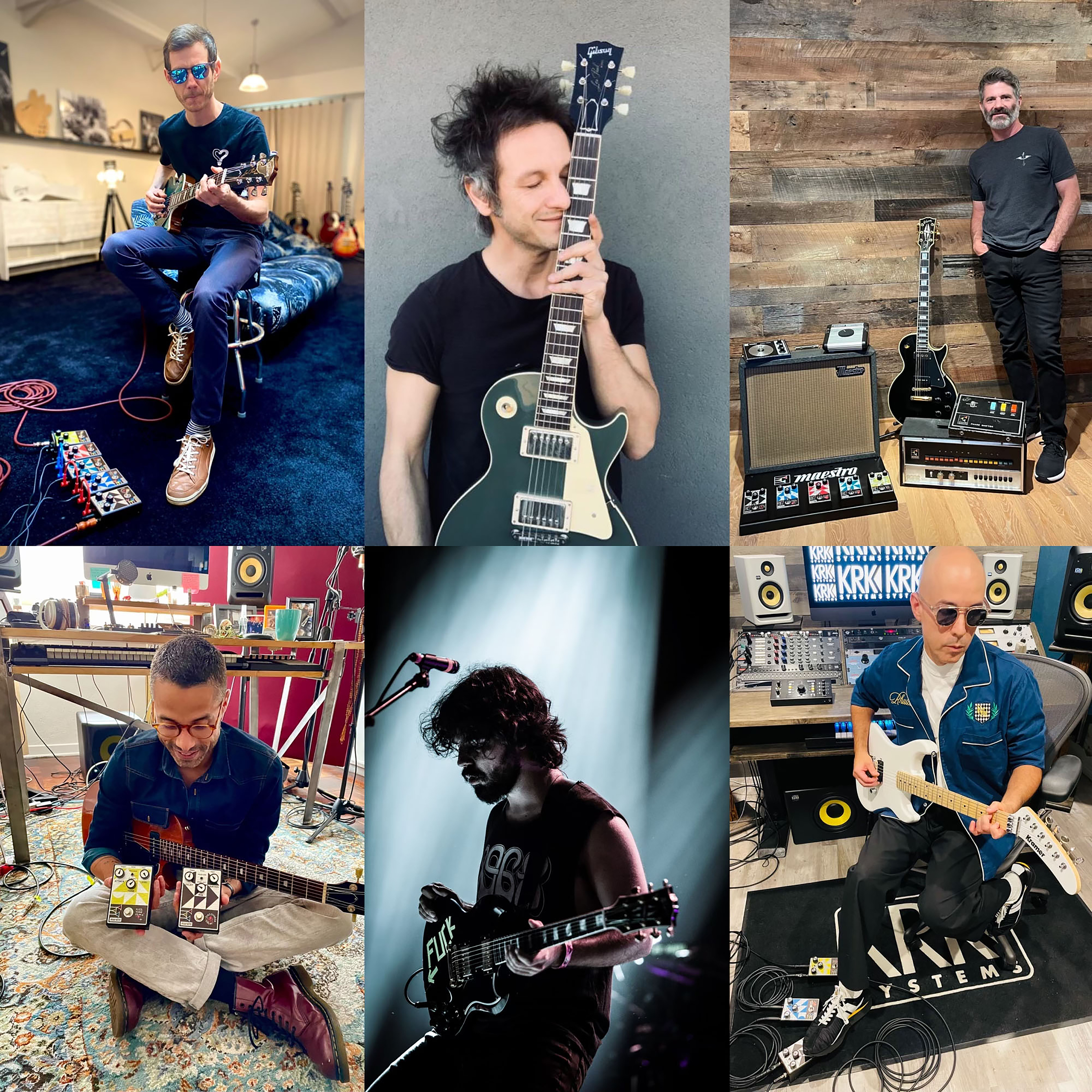 From London’s The Rolling Stones to The Black Keys in the U.S., artists from around the world have been relying on Maestro’s trailblazing sound since its inception in 1962. The same holds true today, as musicians on a global scale welcome the brand’s newest collection of pedals into their studios and live setups.

In France, musician PV Nova has been relying on his new Maestro pedals for several projects. From an influential online career popularizing music writing and editing to creating Internet Orchestra, the largest webcasting performance of 500 musicians, along with being a member of the band for the French musical “Les Franglaises,” Nova is constantly surrounded by music. When presented with the Maestro Original Collection, he loved the impact they had on his workflow. “I am so pleased with the pedals,” he explains. “Having true analog effects makes a huge difference when recording.” Most recently, Nova did a live test of all five new pedals on his Twitch show, where he explained how Maestro will now be integrated among his primary gear on tour.

Lectrosonics is announcing a Radio Frequency Scan Database for those using wireless microphone systems anywhere in the world. The database hosts scans from in .sdf (Wireless Designer scan data file) or .csv (comma separated values – a common standard) formats. These files can be used to populate frequency coordination software for analysis purposes and to know what a given RF landscape looks like. While anyone can peruse, search, and download the available scan files for their own use, registered users can also upload files for others to access. RF spectrum scans from Hollywood, Singapore, Vancouver, New York, Belgium, and Rio de Janeiro already populate the database. 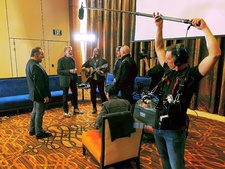 Since 1996, Eric Vucelich has been at the forefront of field production mixing in the greater Columbus, Ohio metropolitan area. He’s done it all: national news, pro and college sports, commercials, presidential campaign ads, corporate video, documentaries, and more. For this ever-changing slate of projects, he relies on Lectrosonics wireless, including two dual-channel SRc and three SRb Digital Hybrid Wireless receivers. His transmitters comprise four SMWB wideband packs supplemented by six SMQVs. As he explains, these get him through any conceivable job—even if the next one is a departure from the last, as it usually is.

“Here in Ohio, you can’t just focus on one avenue of production. It’s a mixed bag, so every couple of days there’s a very different job,” says Vucelich. “I’ve recently done spots for CBS Sunday Morning, CBS Sports, and the Ohio liquor control commission. I’m doing one for Safelite Auto Glass next week. Every single bit of it, everybody was wireless or will be wireless. It’s not like the times where everyone is fine with a boom. So, it’s important to have equipment that’s reliable.”