Audix is very pleased to announce that the A127 Omnidirectional Metal Film Condenser Microphone has been chosen as a finalist for the 37th Annual NAMM Technical Excellence & Creativity (TEC) Awards for Technical Achievement in the category of Microphones for Recording. The Audix A127 microphone pair represents an ideal stereo solution for discriminating producers and engineers who insist upon capturing the most pure and accurate sound.

The Audix A127 microphone is the culmination of years of research and development in condenser technology and is designed to capture acoustic instruments and sound sources with transparency, accuracy and purity. Utilizing a reference-grade, half-inch Type 1 metal film capsule, the A 127 features a frequency response of 10Hz-20kHz, a wide dynamic range of 133dB and an ultra-low self-noise of 7dBA, The omnidirectional A127 microphone delivers unmatched performance for recording, broadcast, film, and sound design. 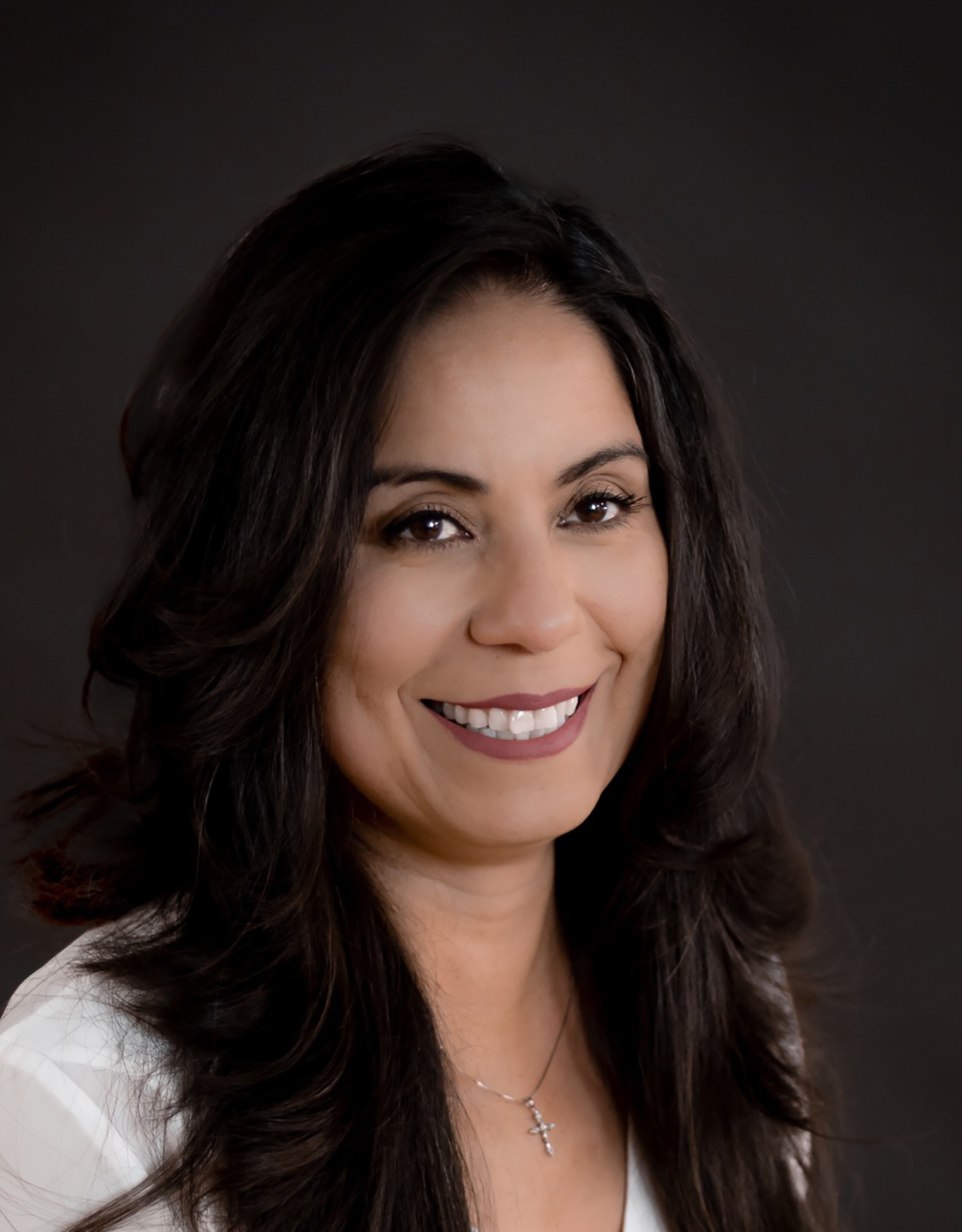 MXL Microphones, a division of Marshall Electronics and a leading manufacturer of consumer and professional audio products, announces the promotion of Gina Stimler to the position of Global Sales Manager. 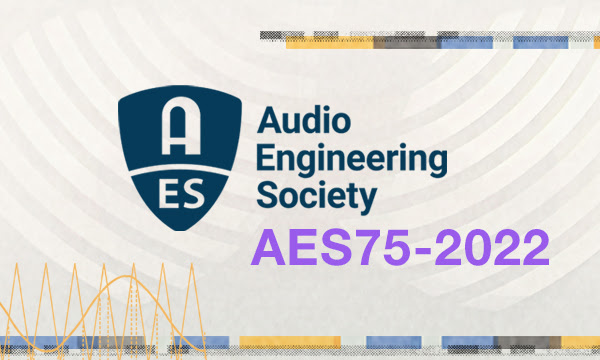 “Having a common and clearly defined test procedure coupled with a test signal that reflects real-world applications is of enormous benefit to audio professionals,” says John Meyer, president and CEO of Meyer Sound. “It not only allows users to verify the performance limits of their current systems, but also lets them make meaningful, apples-to-apples comparisons of published data for different loudspeakers.” 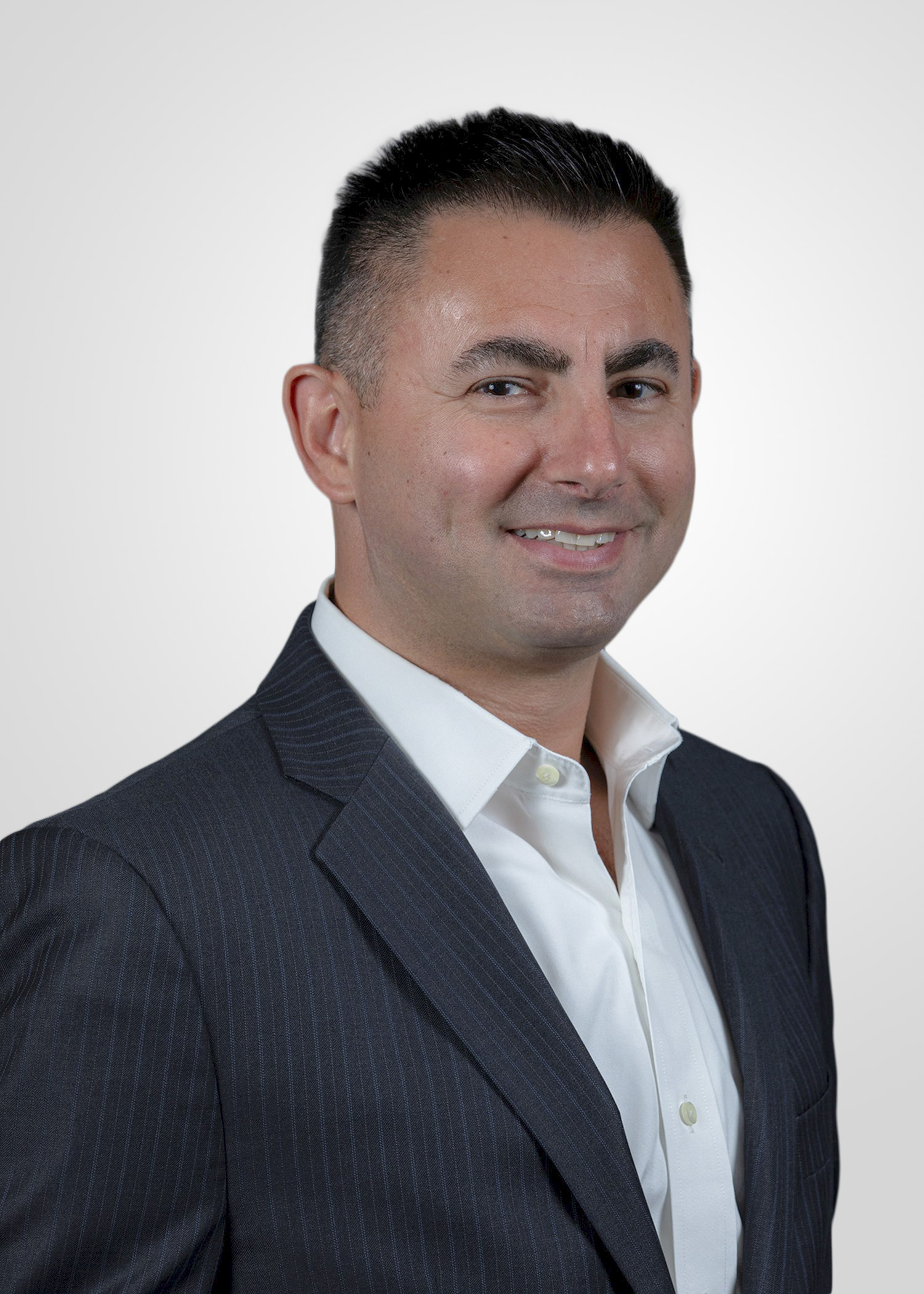 Riedel Communications today announced that Richard Kraemer and Josh Yagjian have joined the company as regional sales representatives for North America. Kraemer, who is based in Toronto, will oversee sales in Canada, while Boston-based Yagjian will help cover accounts in the Northeastern region of the U.S. Both come to Riedel with an abundance of experience between them and will provide excellent service and knowledge to the company’s expanding customer base in North America. Kraemer and Yagjian will both report to Rich Zabel, vice president of sales, Americas.

“With the addition of Kraemer and Yagjian, we’re expanding our sales force to respond to the increasing needs and requests of our current customers while providing the expertise and knowledge to accommodate new customers,” said Zabel. “With impressive records of customer satisfaction, exceeding sales targets, and managing world-class accounts, Kraemer and Yagjian are a natural fit to our North American sales team, and we’re thrilled to welcome them to Riedel.”

The return of live events to the world after a slow two years is something worth celebrating, and DPA Microphones is doing just that with the launch of its “We Love Live” campaign. Over the next few months, the brand will focus on helping artists and venues jumpstart their entrance back into live performance. In recognition of this initiative,  the company has launched its “Sharing is Caring” social media competition, which is now live on DPA Microphones’ Facebook and Instagram pages.

Sharing is the name of the game, which is why entry to the “Sharing is Caring” competition is as simple as tagging a friend with whom you would like to share pristine DPA microphones. Entrants have until April 8 to tag a friend in the comments section of the competition announcement posts. Two lucky pairs will be chosen, one pair from Facebook and one pair from Instagram, with both the entrant and their tagged friend winning DPA gear of their choice, worth up to €750 each. 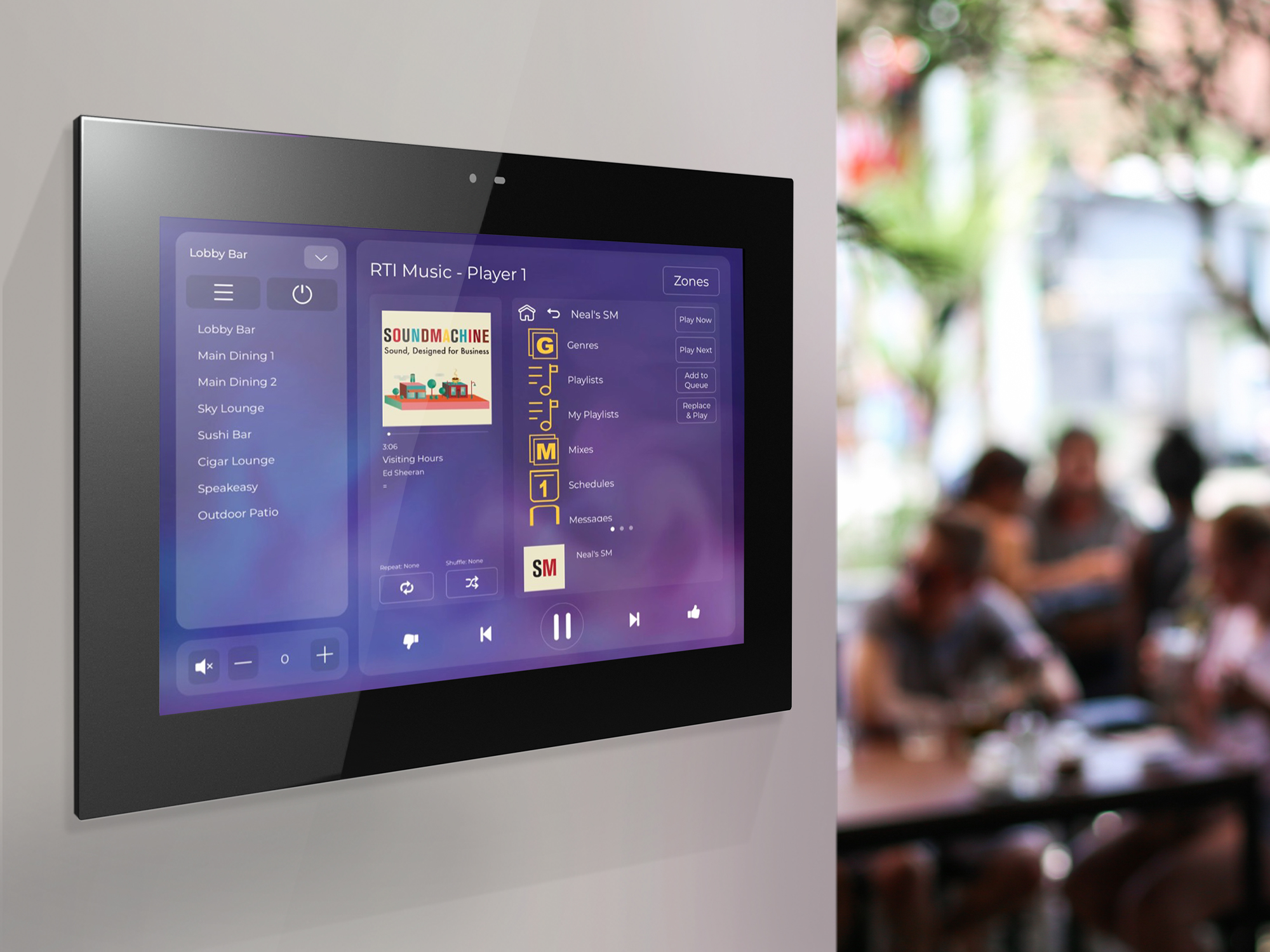 “Music is an integral part of the business atmosphere, engaging customers in a meaningful way and encouraging repeat visits,” said Neal Ellsworth, RTI Director of Product Management. “The RTI Music integration with SoundMachine makes it easy for integrators to create memorable customer experiences with a trusted, cloud-based licensed music service and then participate in the ongoing revenue stream.” 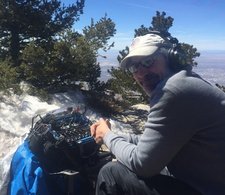 With five Primetime Emmy nominations and four CAS awards for sound mixing, Darryl L. Frank is a household name in production sound mixing in New Mexico — a state Breaking Bad elevated as a filming location. In fact, he worked on the blockbuster AMC show. Lately, Frank has been chasing actors on horseback in the acclaimed western series 1883, not to mention miking up Tom Hanks in the sci-fi drama Finch, which explores human-robot relations on a post-apocalyptic Earth. Instead of sixguns or lasers on his hip, Lectrosonics Digital Hybrid Wireless keeps the peace by ensuring flawless sound even under harsh production conditions. Frank’s rig includes Venue2 receivers, wideband SMWB transmitters and their dual-battery SMDWB siblings, SMV and SMQV high-output transmitters, and up to 30 R1-series IFB receivers depending on production needs. All frequencies are coordinated using Wireless Designer software.

On 1883, Frank served as second unit mixer along with Richard Bullock Jr. as first unit mixer. The first thing Frank’s cart had to stand up to was the environment. “We were outside most of the time, so working on this show was all about embracing the weather,” Frank comments. “Rain, heat, dust, 50-mile-per-hour winds, you name it. We shot a couple of days in Montana where I don’t think the winds ever dipped below 40 miles per hour. This made holding up booms impossible, and so increased the number of wireless channels we needed. There and in New Mexico, there were a lot of middle-of-nowhere places. At no time did I have an issue with any of the wireless.” 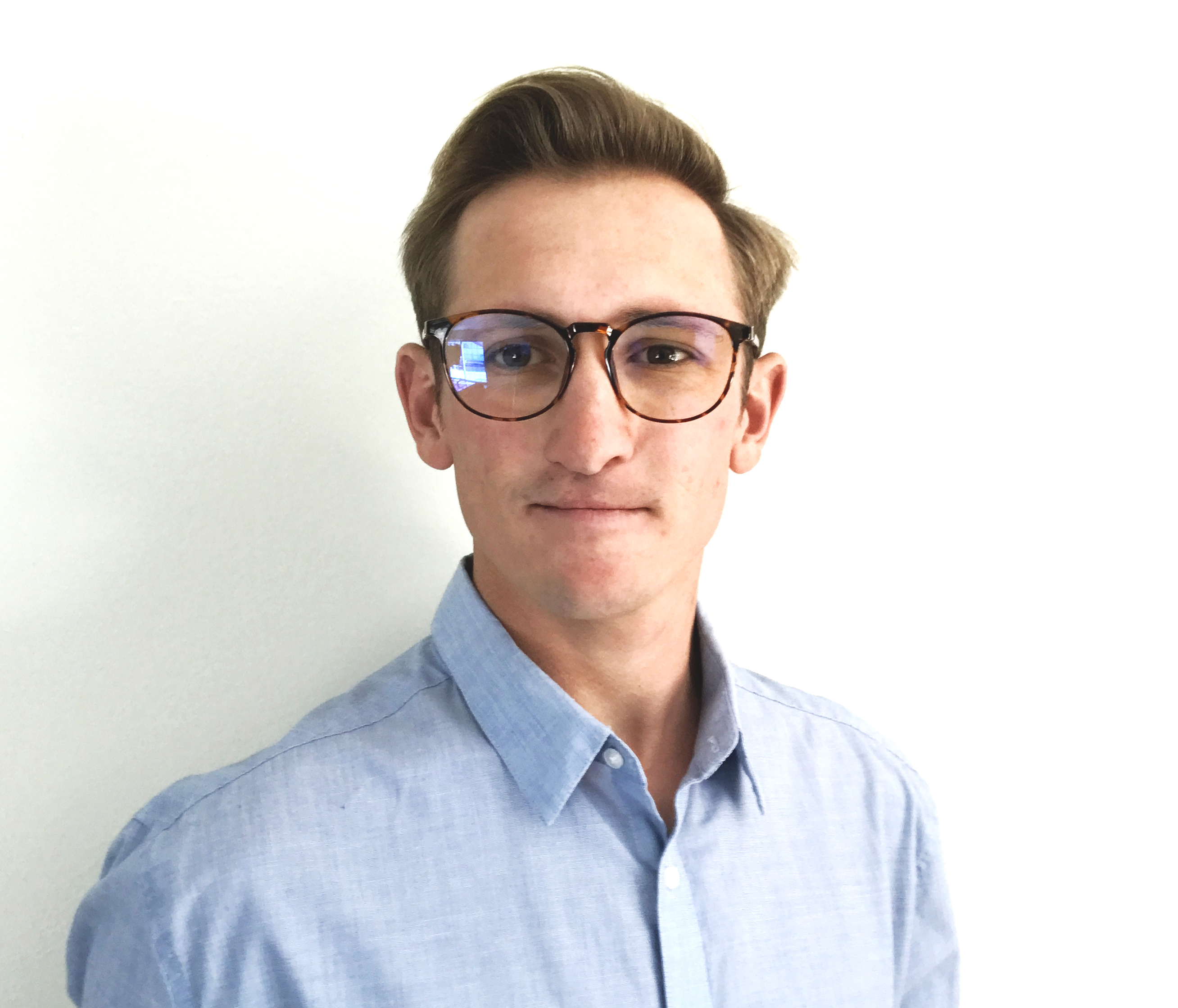 Pro AV manufacturer, Hall Technologies, is growing again with the addition of a young AV Pro, Austin Benke, as Western Regional Sales Manager. Austin will be leading the charge in seven western states including California, Nevada, Oregon, Idaho, Washington, Arizona, and Hawaii. This recent hire to a growing sales team at Hall adds a significant increase to their US footprint.

“Austin is a great addition to our sales force. He’s young but has been in the AV world for more than 6 years now at some major manufacturers. He was part of my team at CrimsonAV and has been my mentee ever since. He’s passionate about Hall’s direction and growth, and I can’t wait to see him in action,” say Hal Truax, Vice President of Sales and Marketing for Hall Technologies. “I think having a young and diverse team is important for company culture and creates a variety of perspectives. I’ve always been enthusiastic about cultivating young talent and mentoring them. We’re looking to do more of this at Hall Technologies.”

Just Add Power, a leader in AV-over-IP distribution, will be on hand at this year’s North American CEDIA Tech Summits. These one-day events will allow industry professionals to learn, network, and meet manufacturers. During the events, attendees will see a demonstration of the MaxColor 4K60 Series of transmitters and receivers as well as hear about the company’s latest AV-over-IP solutions that are taking the residential install community by storm — including the Field-Modifiable KVM Transmitters and VBS-HDIP-737POE 3G Warp Engine video wall transmitter and receiver.

“Community has never been more important for continuing to propel our industry forward,” said Taft Stricklin, sales team manager at Just Add Power. “We’re dedicated to answering questions and helping this community rock 2022 and beyond. The CEDIA Tech Summits are a great opportunity for us to support and educate our installers on a local level.”

Tell us a bit about your microphone usage. We want to know what mics you are using, how you are using them and what factors are important to you when choosing a mic.

Fill out the survey and you can enter to win DPA microphones!
It only takes 5 minutes of your time.