Belgian pro audio manufacturer AUDAC is pleased to announce the availability of the new ASP20 line-up in North America. The ASP series are high-efficiency sound projectors designed to provide good speech intelligibility and background music in a wide variety of applications.

The ASP20 is a 20-Watt spherical loudspeaker, fitted with an 8″ driver and a 70/100V line transformer with different power tappings for 20 Watt, 10 Watt, and 5 Watt. Its wide, smooth frequency response and high efficiency ensure high fidelity music and speech reproduction with a 360° horizontal coverage. This makes it perfect for big, large, open areas like factory halls or large retail spaces. The ABS housing is moisture and UV resistant and is equipped with a 3.5 m connection cable with a steel core which meets all safety requirements for ceiling mounting. 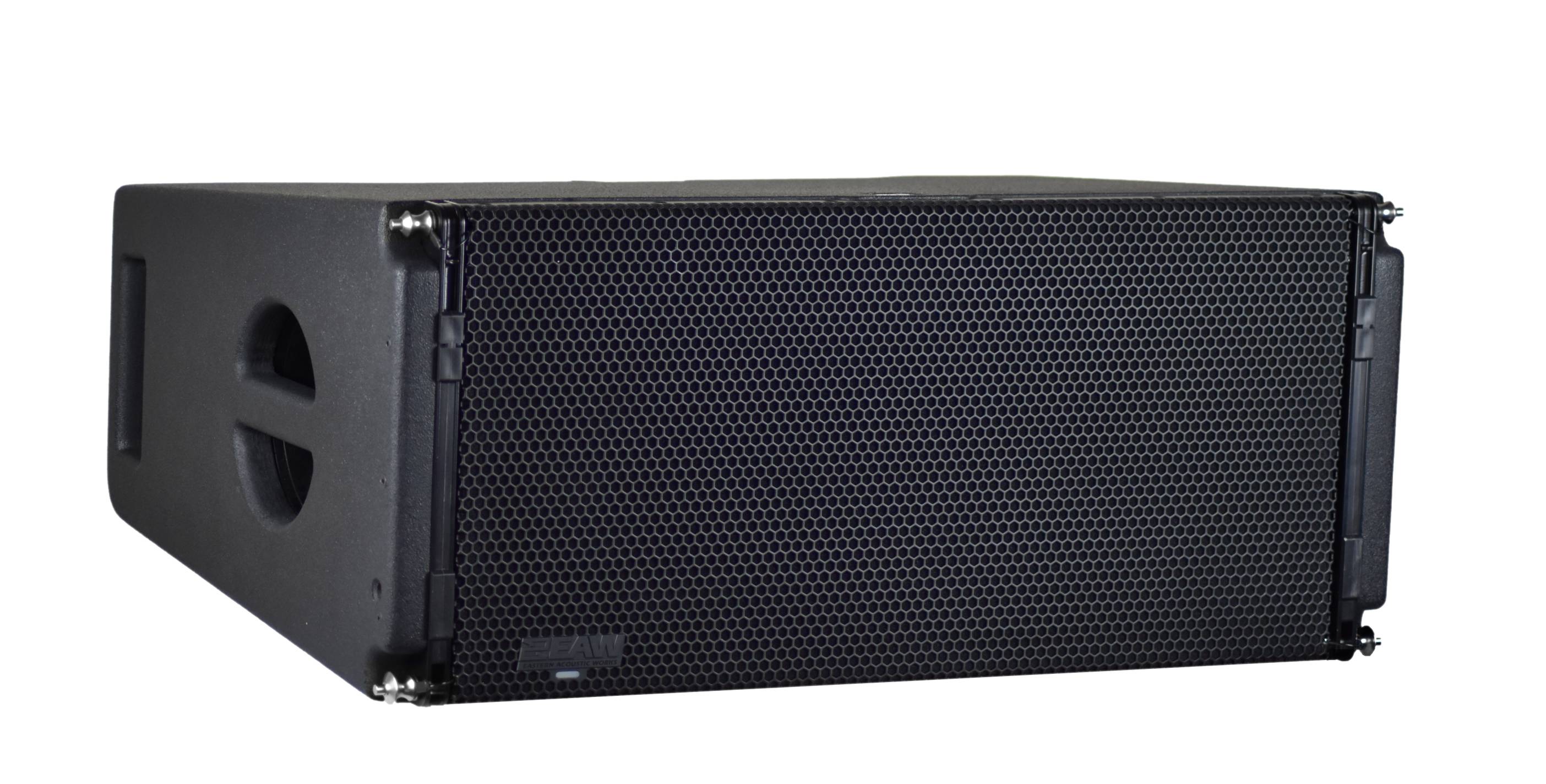 Building upon its brand reputation and further solidifying its commitment to the production and AV industry, Eastern Acoustic Works (EAW®) announces its NTX Series Line Array and SBX Series Subwoofer.

EAW’s NTX201L is a high-performance solution that streamlines setup to deliver maximum results in minimal time. It is a 2×10” articulated array with an integrated 1600W two-channel amplifier and universal PFC power supply. The NTX210L operates in the 55hz – 18khz range with a max SPL of 140db and has a 90° horizontal and 12° vertical nominal beamwidth.

For decades, live events and broadcasting have depended on Shure to help capture and  produce the most reliable audio possible. The debut of Shure’s Axient® Digital Wireless System took the …

Building on KRK‘s legacy of sonic accuracy and performance, the brand announces the expansion of its CLASSIC line of studio monitors with the addition of 7- and 8-inch models. Incorporating over 30 years of innovation from the world’s leading studio monitor manufacturer, KRK’s CLASSIC product range was designed using concepts from the brand’s previous ROKIT lines to deliver the same high-quality mixes that customers have come to expect from KRK at a lower price-point.

“We are thrilled to welcome two new solutions to KRK’s family of professional-grade studio monitor offerings,” says Sterling Doak, Director of Marketing for Gibson. “Joining KRK’s CLASSIC 5, the new CLASSIC 7 and CLASSIC 8 provide the enhanced bass response and sound that music creators around the world have trusted for years. Perfect for all genres of music, KRK CLASSIC monitors provide artists, producers, and engineers with the renowned KRK sound, without breaking the bank. Plus, with three sizes to choose from, there’s now a CLASSIC monitor for everyone.” 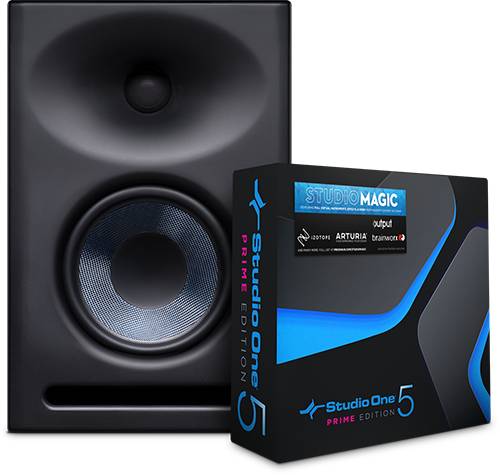 PreSonus® is well-known for honoring the Louisiana tradition of lagniappe: giving something a little extra, a bonus. In that spirit, all PreSonus customers who purchase Eris®-series, R-series, Sceptre®-series, and Temblor®-series studio monitors and subwoofers after March 1, 2021, can now receive a software bundle that includes special versions of the company’s Studio One® Prime DAW and Studio Magic Suite for macOS® and Windows®. This is a permanent addition, not a temporary offer.

Studio One Prime is the entry-level version of PreSonus’ award-winning recording and production software, with unlimited track count and a selection of Native effects and virtual instrument plug-ins. This version of Studio One Prime has been modified to enable use with the Studio Magic Suite software bundle, which includes plug-in effects and virtual instruments in VST, AU (Mac), and AAX formats; lessons; and more—an amazing value worth more than $1,000. 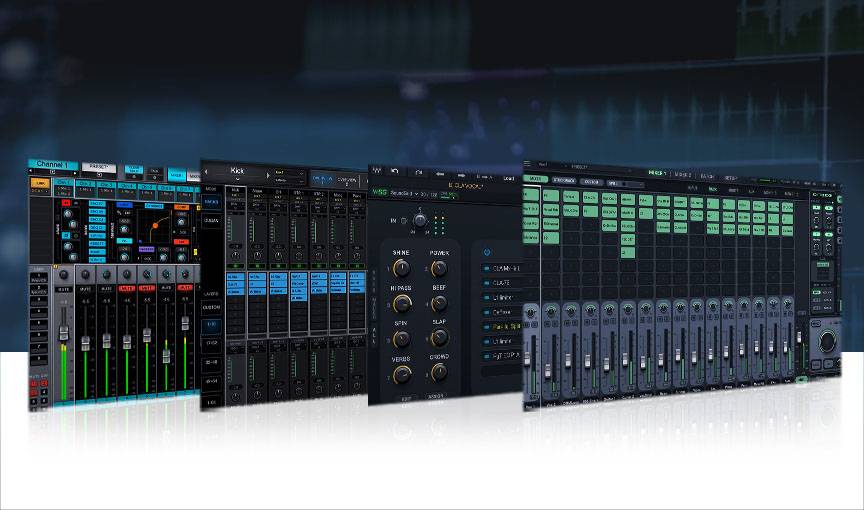 Waves Audio, the world’s leading developer of professional audio signal processing technologies and plugins, announces new updates for all Waves SoundGrid® applications: the eMotion LV1 live mixer and the SuperRack plugin chainer for live sound processing, and the SoundGrid Studio and StudioRack applications for low-latency recording and mixing in the studio. 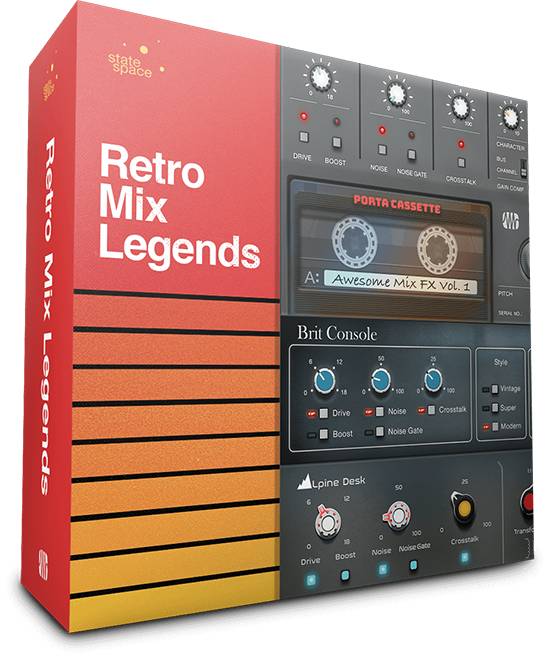 Mix Engine FX is a plug-in paradigm exclusive to Studio One Professional that can subtly alter or completely transform Studio One’s native mix engine. In contrast to conventional plug-ins that must be inserted independently on each channel, with limited or no interaction between channels, activating a Mix Engine Effect on any bus in Studio One will simultaneously affect and cross-process all channels feeding that bus, using one plug-in. Thanks to State Space Modeling technology and the Mix Engine FX architecture, these plug-ins deliver thorough and true-to-life emulations of real hardware behavior, including inter-channel crosstalk, noise, drive, saturation, and character. Any bus, including the main stereo bus, can have its own Mix Engine FX assigned, allowing for limitless sonic possibilities.

“When we introduced our free Android and Apple apps years ago, we wanted to provide customers with the same convenience we offered in our browser-based interface, but in a mobile format. As we’ve continued to add new functionality to the GUI and expand our lineup of AVL power control solutions, we’ve had a surge of customers requesting the same app features for their Android devices as we’ve built into our more recent Apple app,” said Mark Bishop, President of LynTec. “This upgrade delivers on our continuous commitment to serve our customers and answer their needs with robust, flexible solutions that allow them to control their AVL assets at the system, zone, and circuit level, with or without third-party controllers.” 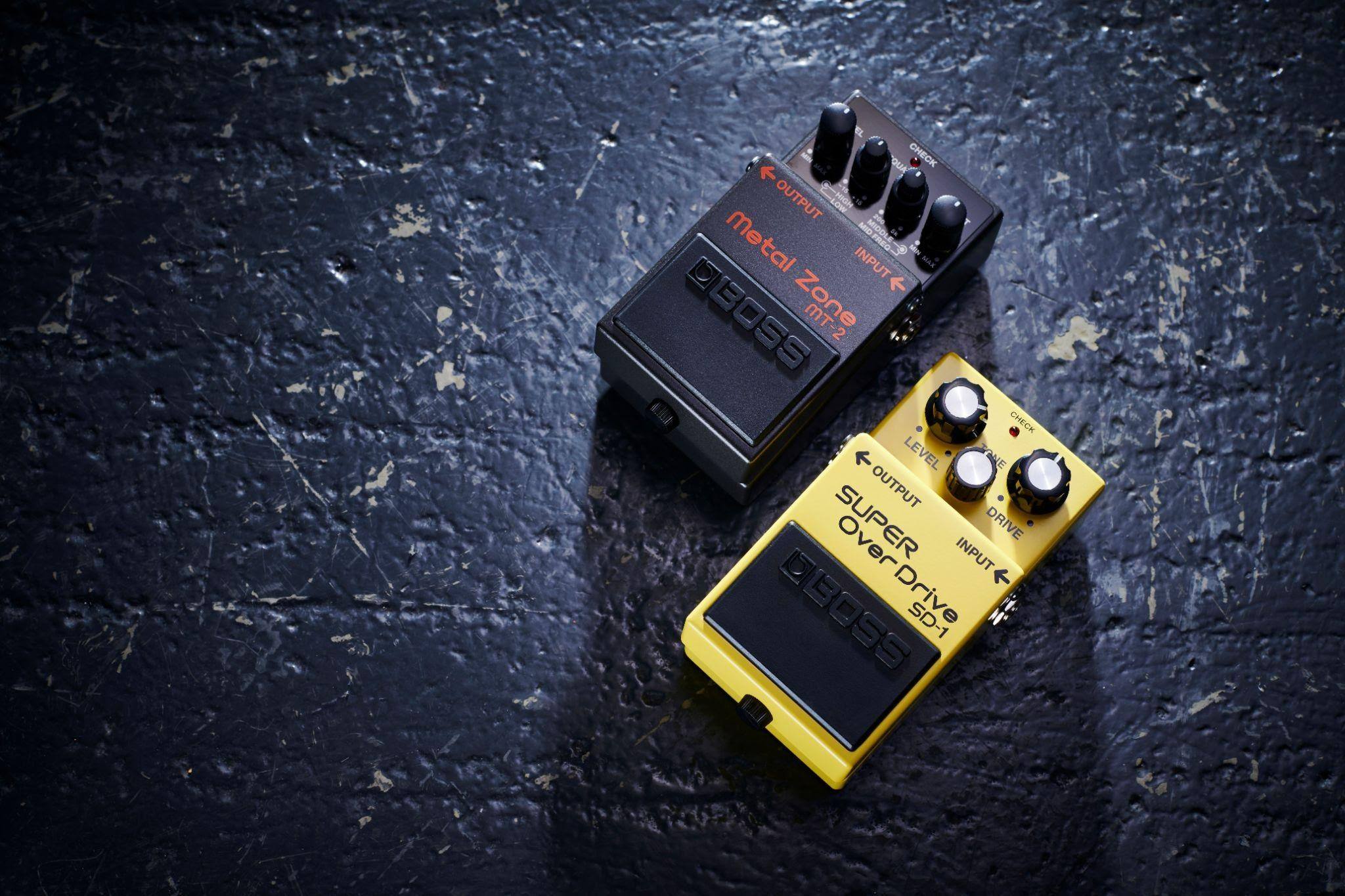 BOSS announces the release of limited edition anniversary versions of the SD-1 Super Overdrive and MT-2 Metal Zone, two of the longest-running and most popular models in the company’s leading lineup of compact effect pedals. The SD-1-4A celebrates 40 years of continuous production, while the MT-2-3A celebrates 30 years. Each pedal features a black body with unique styling and will be available throughout 2021 only.

In 1977, the introduction of BOSS’s legendary compact pedal series forever changed the landscape of stompbox effects for guitarists, bassists, and other musicians. Famous for their great sound, rugged durability, and timeless design, BOSS compact pedals have been loved by everyone from casual hobbyists to rock icons performing on the biggest stages, and it’s difficult to find a player who hasn’t owned one or more throughout their musical life. To date, there have been over 125 unique compact pedal models produced and more than 17 million total units sold. The current lineup includes nearly 60 models, from effects like overdrive, distortion, chorus, delay, and reverb to tuners and other utility pedals.