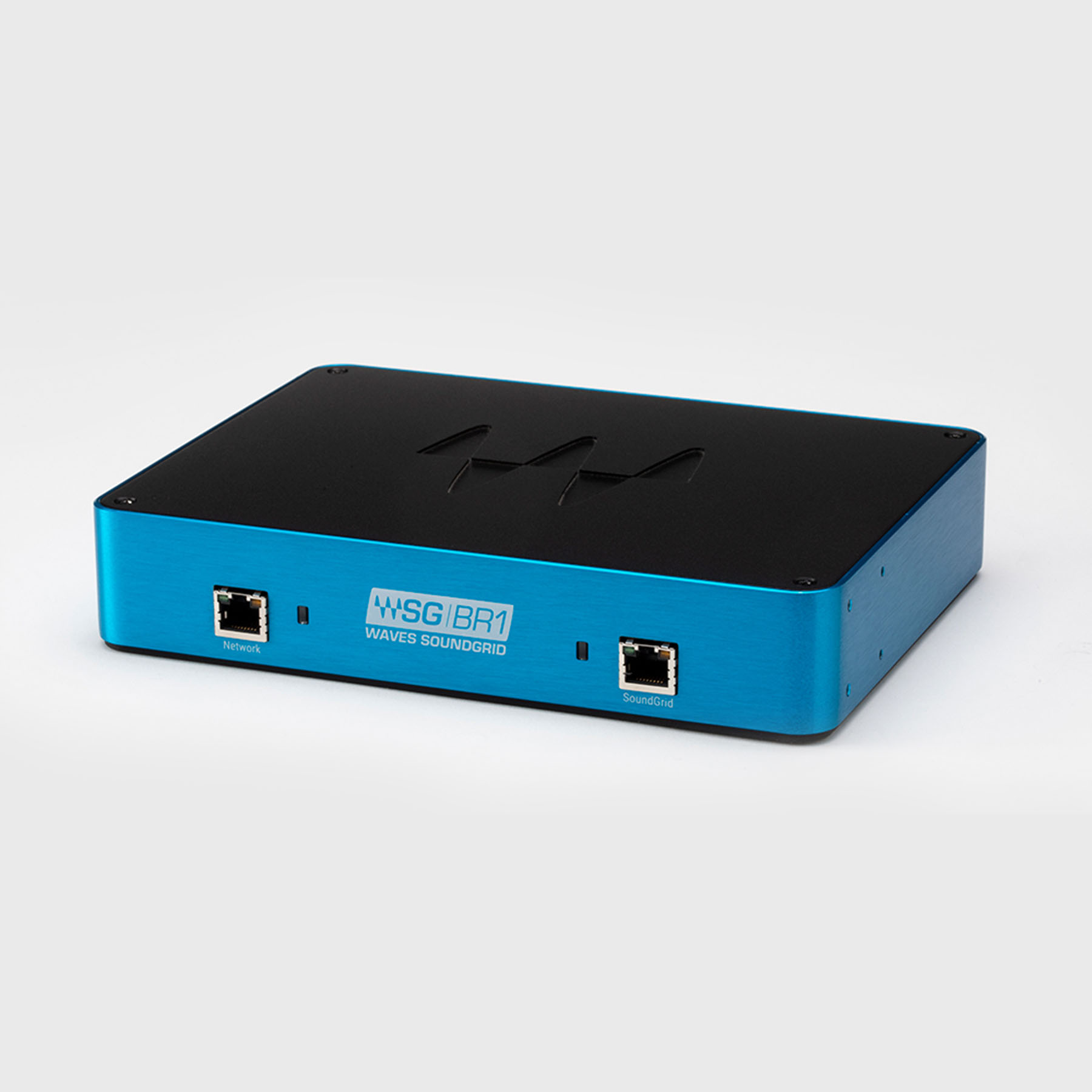 Waves SoundGrid BR1 allows you to integrate the power of Waves’ award-winning plugins into your AVB network. This rack-mountable unit enables you to stream up to 64 audio channels between Waves SoundGrid and AVB protocols. It provides improved synchronization, audio processing at ultra-low latency, and reliability for switched Ethernet networks.
Suited for studio or live use, SoundGrid is an audio protocol for real-time audio processing and networking at near-zero latency. It gives you access to an impressive catalog of audio plugins that will enhance your sound production. From solving audio issues to adding vibe and character, introducing Waves plugins to your network will give your sound clarity, color and impact.
Waves SoundGrid BR1 features:

Jim Cooper, MOTU Director of Marketing, comments, “As we did with Thunderbolt and other connectivity standards over the years, MOTU spearheaded the widespread adoption of AVB networking technology in the pro audio industry with a complete line of groundbreaking AVB-equipped audio interfaces, such as our popular 16A, 828es and 8pre-es models. We are thrilled that Waves has brought their renowned processing to MOTU’s high-performance, extremely low-latency AVB ecosystem.”

Mick Olesh, Waves EVP of Sales and Marketing, adds, “Waves is delighted to collaborate with MOTU, extending our SoundGrid technology for real-time audio processing and networking to now accommodate MOTU’s line of AVB audio interfaces. This cooperation continues Waves’ mission to improve sound quality in any environment, and our commitment to empower users with smooth operational single networks, for easy and stable networking via audio-over-Ethernet.”