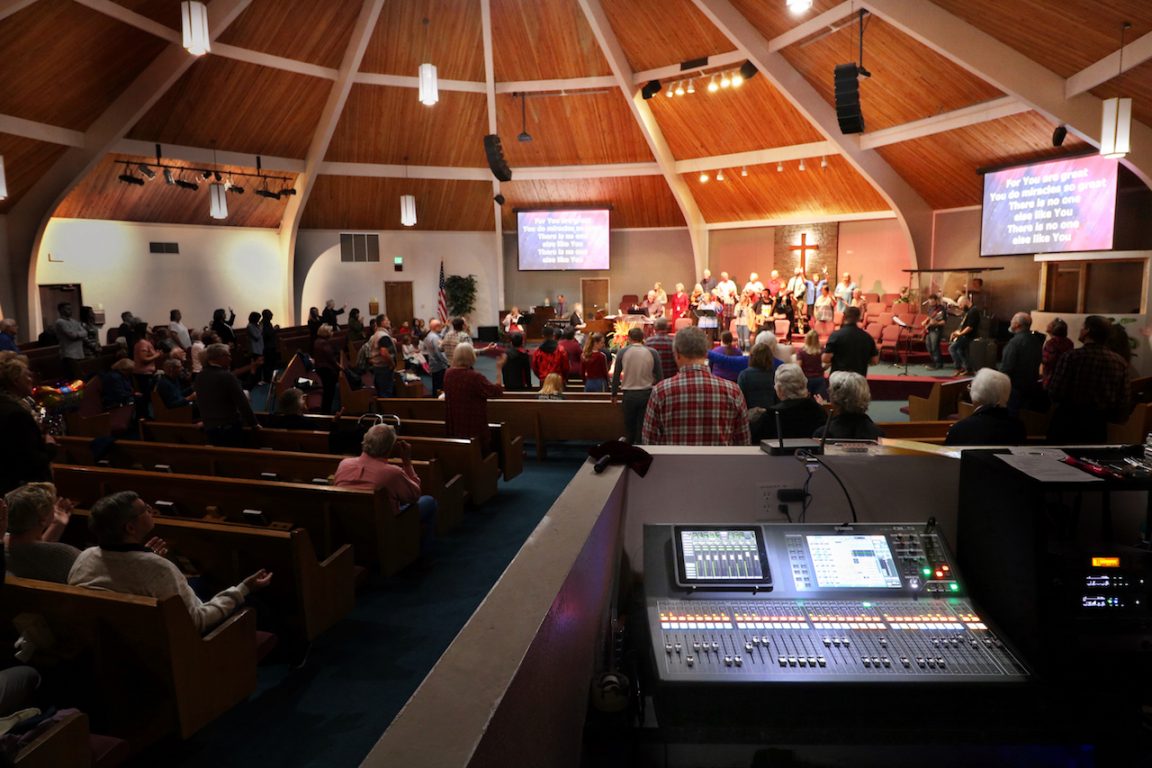 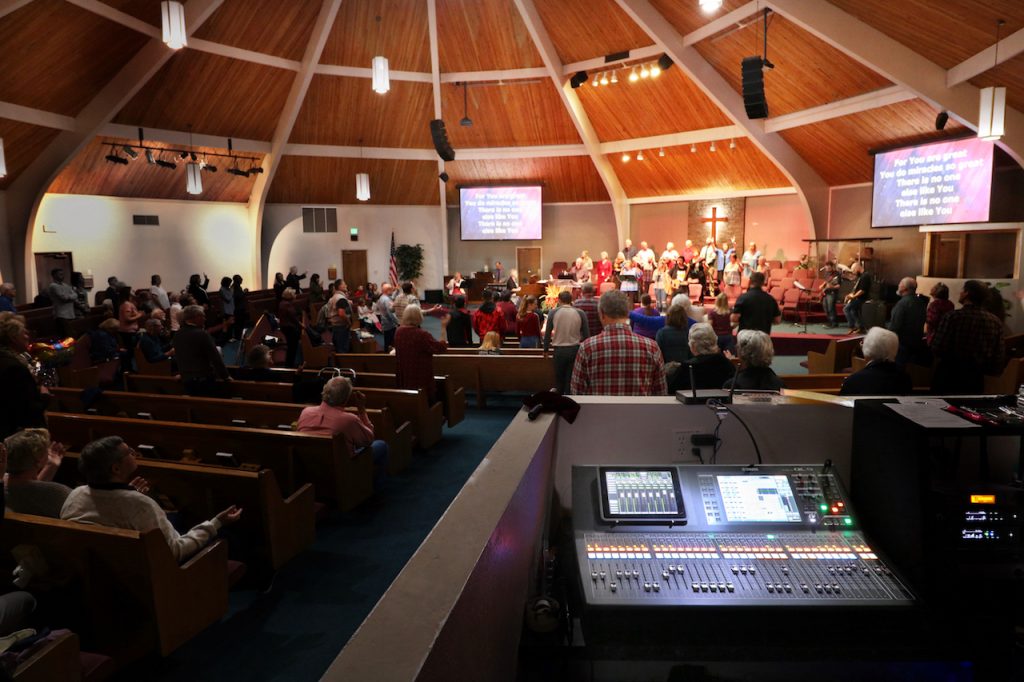 “We have had so much success as a company with the Yamaha and NEXO brand, most of our sales have come not from any fancy talking or trendy marketing, we simply bring prospective clients into spaces where we have installed these systems or let them hear demos in their own spaces,” states Duane Sheets, President of Alpha Sound. “We have a pretty unique way that we like to tune and calibrate the Yamaha and NEXO systems for house-of-worship applications, and the sound of it sells itself.”

Head engineer Sheets said that the sonic demands of modern worship styles and the need for consistent and ergonomic functionality drove the decision for the Valley Life Center to purchase the Yamaha and NEXO systems. “The very first Sunday on the new Yamaha QL5, with no previous rehearsal, we had 32 inputs and 15 monitor channels (12 IEMs via the Monitor Mix App) up and running within satisfaction in under an hour.” People of all ages and technical skill levels can easily download the Yamaha simple and intuitive Monitor Mix App on their phones, and within minutes receive the exact monitor mix that they need to hear. “For Valley Life Center, he continues, “this freed up the personnel at front of house to concentrate entirely on the house mix.” A Yamaha Tio digital I/O stage box was also installed.

“The ability to digitally save Alpha Sound’s settings on the mixer and start from that week to week is wonderful,” states Roger Shinn, Tech Director at the church. “Also, having everyone on stage both young and old adjusting their own monitor mixes through their phones has been a major relief. After all, who doesn’t like their own mix? We hardly get any complaints now! And the system sounds beautiful and makes mixing very easy and enjoyable. I especially appreciate Alpha’s team investing so much time with us doing one-on-one training until we could fly on our own; that was invaluable.”

The NEXO M6 line arrays cover the 180-degree room perfectly with added localization from ultra low profile outfills. Along with the subwoofers, the speaker system naturally delivers a “modern” sound that is fitting for contemporary worship styles. “The new system will serve this church community very well for decades to come,” added the elder Sheets.

The M6 line array configuration consists of six per side, one per side of NEXO LS18 subwoofer, one per side NEXO ID24 speakers used for outfills, and two NEXO NX4x1 Mk2 amplifiers. “The clarity and detail of this new system is absolutely incredible,” states Chris Barker, Head Pastor. “Many people can hear the instruments and voices for the first time, and the younger crowd really loves the new depth of sound. Because it all sounds so smooth, we really aren’t getting complaints about the volume even though it is actually a lot louder than ever before. It all just sounds amazing!”

The Alpha Sound team said they really enjoy working with churches. “Suddenly transitioning to a system that is a good half-century more advanced can be really difficult, especially for multi generational congregations,” noted the younger Sheets. “The NEXO and Yamaha product lines make this transition not only painless but exciting for everyone. It is really great seeing worship team members who are sometimes also a good half-century apart in age getting along so well with the new technology and many benefits.”

For more information on Yamaha and NEXO products, visit www.yamahaproaudio.com.