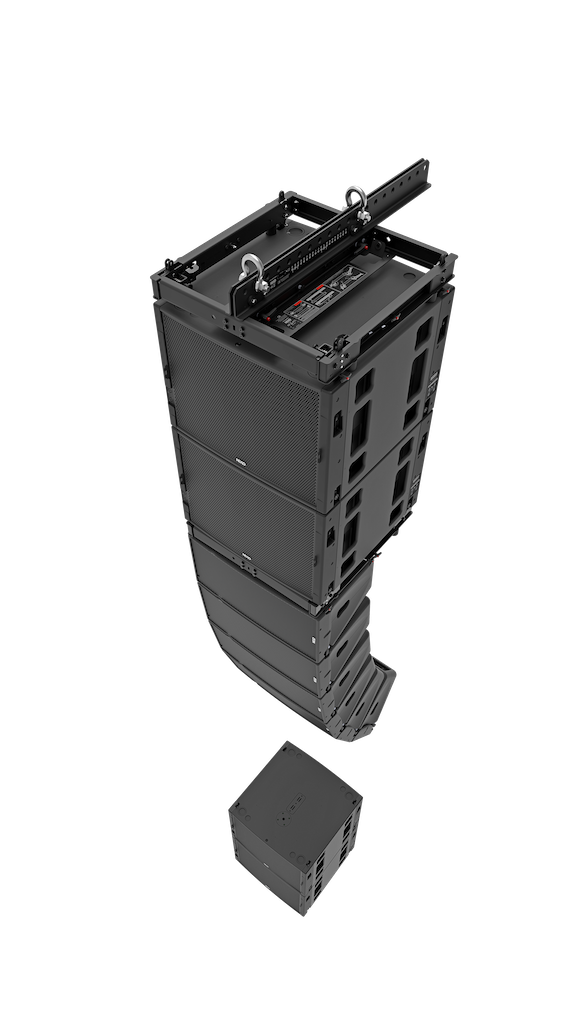 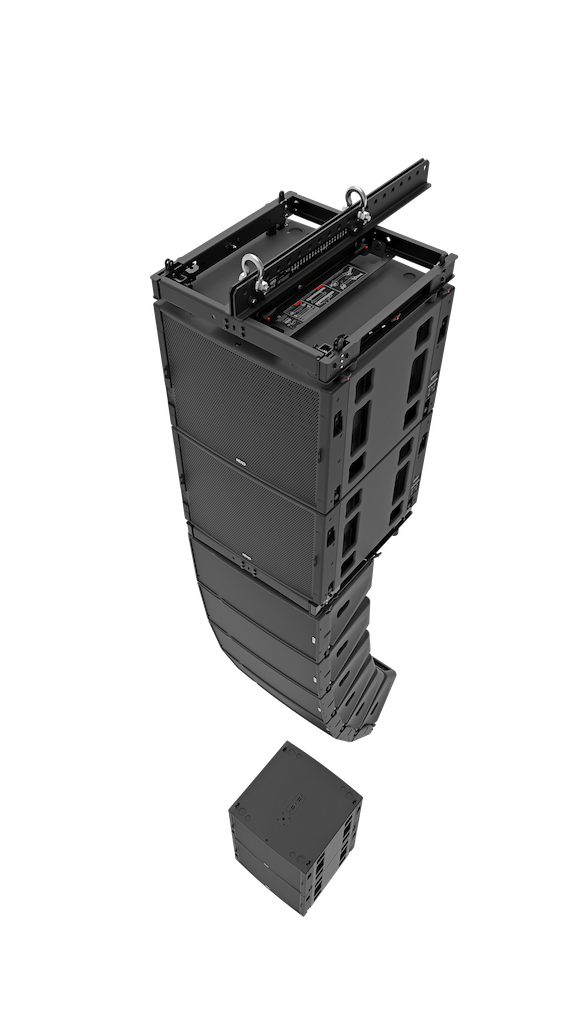 Sharing the same aesthetic design and sonic signatures as the other models in the GEO M Series, the GEO M12 will deliver all the NEXO hallmarks of power, flexibility, coverage and superb sonic performance in a thoroughly modern package. The GEO M12 will become a popular investment for all sound reinforcement and tour sound markets due to the high performance, yet cost effective patented designs and suitable for performance spaces from theatres and houses of worship installations to daily rental inventory with production companies. The GEO MSUB18 companion subbase cabinet will also make its NAMM debut.

The GEO M12 takes its place as the new head of the NEXO family of line array designs that includes the GEO M10 and GEO M6 mid-size and compact systems. “’The Big Twelve’ is a logical complement to our GEO M Series range,” explains NEXO worldwide sales director Denis Baudier; “it is packed with design features that we premiered on the GEO M10 and also benefits from patented technological and structural innovations that derive from our flagship STM Series modular line array.”

The two-way module will deliver a frequency response of 50Hz-20kHz with nominal peak SPL of 140dB. “Using the single driver architecture that we deployed successfully in the GEO M10 we can deliver better LF extension, interference-free coverage in the MF range and better SPL output,” says François Deffarges, worldwide director of NEXO’s engineering support division. “This means that line arrays like GEO M10 and now GEO M12 can be very cost-effective.”

The M12 module offers a variety of dispersion options, allowing it to be optimized on the fly to fit the exact acoustic needs of each venue. Horizontal directivity is 80°by default, but, by adding an optional Configurable Directivity Device (the NEXO-patented CDDä), it can be changed in seconds to 120°, using a magnetic fixing system. In addition to horizontal directivity options, M12 offers two vertical directivity options: the 10°GEO M1210 and the 20°GEO M1220. This unique NEXO design allows for more vertical coverage with fewer cabinets than most systems without compromising performance.

The M12 enclosure includes more ground breaking developments in speaker design by using the same honeycomb structure and urethane co-polymer material first used in NEXO’s STM Series cabinets and carries a full complement of patented technology including the Hyperbolic Reflective Wavesource (HRWä) and Phase Directivity Device (PDDä) as well as a new and improved version of the patented V-shaped profile of the bass port bringing unparalleled sonic quality and transparency.

GEO M12 allows maximum flexibility in use. In addition to the ability to change horizontal directivity on the fly without tools, rental companies can also switch between 2-Way Active and Passive using a protected switch on the rear of the M12 module. This consideration for the working engineer is a NEXO hallmark and saves time in the shop and on a job site.

Deployment of the system is just as easy as cabinet configuration with the integrated, “no loose parts” AutoRigärigging system saving engineers valuable time on-site. The system automatically connects the front rigging system when speakers are assembled, with a guided back rigging system for easy angle adjustment.  Perfect coverage is achievable with a choice of 11 angles between cabinets, in arrays of up to 12 boxes, indoors or outdoors.

NEXO’s latest addition to the Geo M family boasts elevated SPL for its category, numerous technological innovations from configurable directivity options, an easy to use AutoRig™ system, and multiple patented acoustic devices. These technological advancements give end users and installers the ability to quickly configure and deploy high performance systems that deliver consistent sound across a variety of venues with a cost effective solution.

For more information, visit the Yamaha-NEXO NAMM booth #17819 in the Pro Audio Hall or on the web at www.nexo-sa.com.