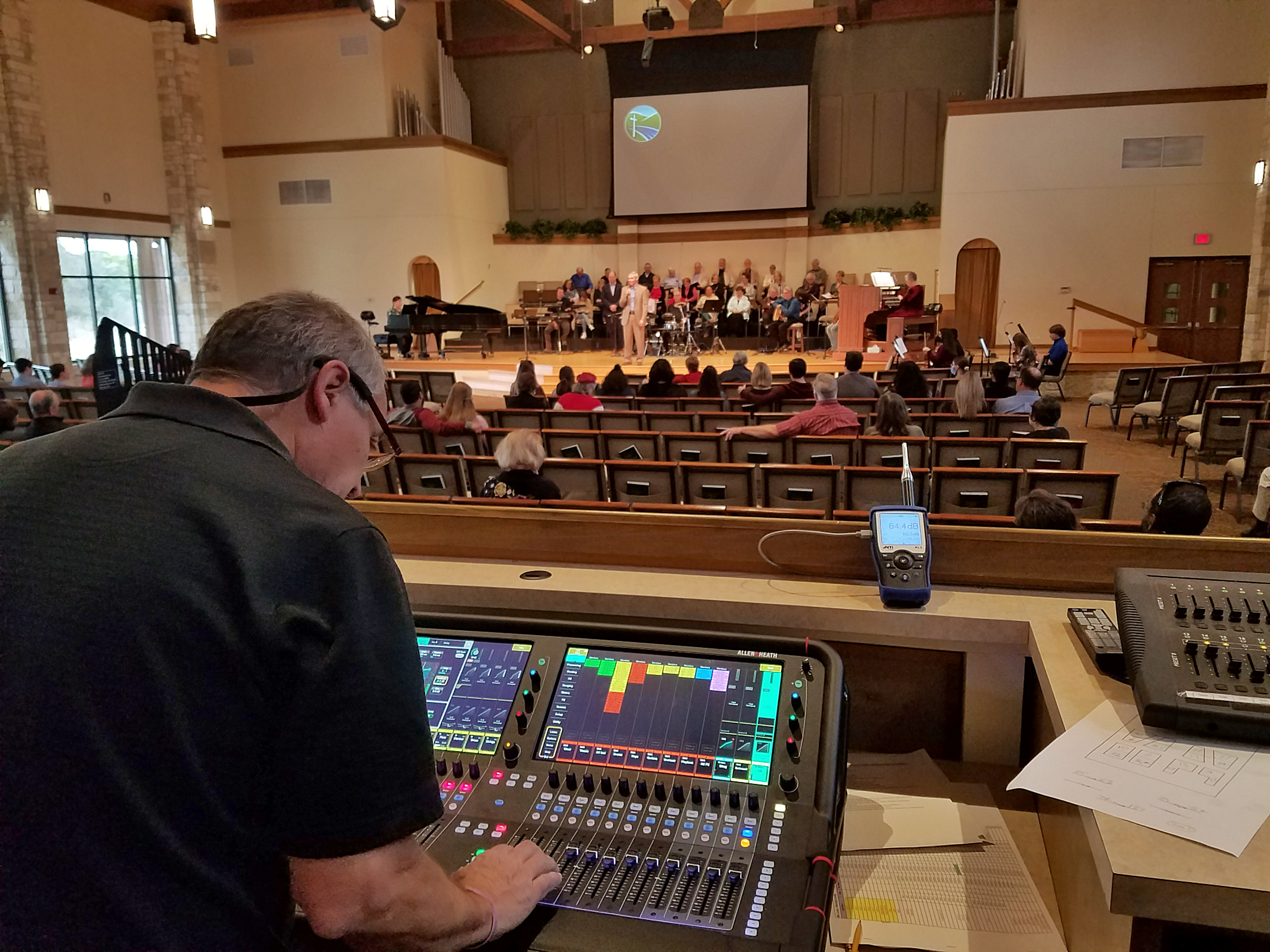 First Baptist Church of San Marcos is a diverse and multi-generational church based in San Marcos, Texas. In 2012, the church reached out to sound designer Curt Taipale of Taipale Media Systems to evaluate and re-tune their existing system. Over the years, the church had considered replacing their sound system, however the situation became urgent after their existing digital signal processor (DSP) started to fail. Following a long relationship with Curt, he was asked in June 2020 to assist in a possible new design of their sound system. The primary goal of the new installation was improved coverage and intelligibility.

“At the time, they considered a handful of companies to design the new system and completed due diligence by listening to some of my projects in Texas,” said Taipale. “They were very pleased with one system in particular that utilized Danley Sound Labs equipment. I asked Kim Comeaux to do a demonstration in their sanctuary of Danley products so that others on the team could hear them in person.”

Curt’s design utilized four Danley SH-50 loudspeakers arranged in an exploded arc as mains, with an SH-95 suspended below each as downfill speakers and two SH-95HO loudspeakers as delays. In addition, two Danley TH118 subwoofers were flown as an end-fire subwoofer array. The new installation also featured choir monitors, Powersoft amplifiers, a Symetrix Prism DSP and Allen & Heath consoles. The system was installed by Electro Acoustics based in Fort Worth, Texas.

“In my opinion, this is a text book case where more conventional technologies like line arrays would have been the absolute wrong solution for the space,” said Robert Bernecker of SEFI Consulting who commissioned and tuned the system. “The wide horizontal patterns would have caused a lot of reverberation in the room.”

“Danley products demonstrate a commitment to elevating point-source technology, and that was exactly what was needed for this space,” said Bernecker. “I particularly love that Danley offers honest EASE data and specs for their products. Also, Danley’s subs are remarkable in their efficiency and sensitivity allowing for a lower box count and their legendary punch.”

After commissioning, the staff and congregation were complimentary of the first services. Bernecker said “they were excited that they could actually understand the pastor and other spoken word – some said for the first time. Almost everyone enjoyed the solid low-end from the Danley subwoofers – only a few comments that there was too much bass. Overall, they were very impressed and there were no bad seats in the sanctuary.”