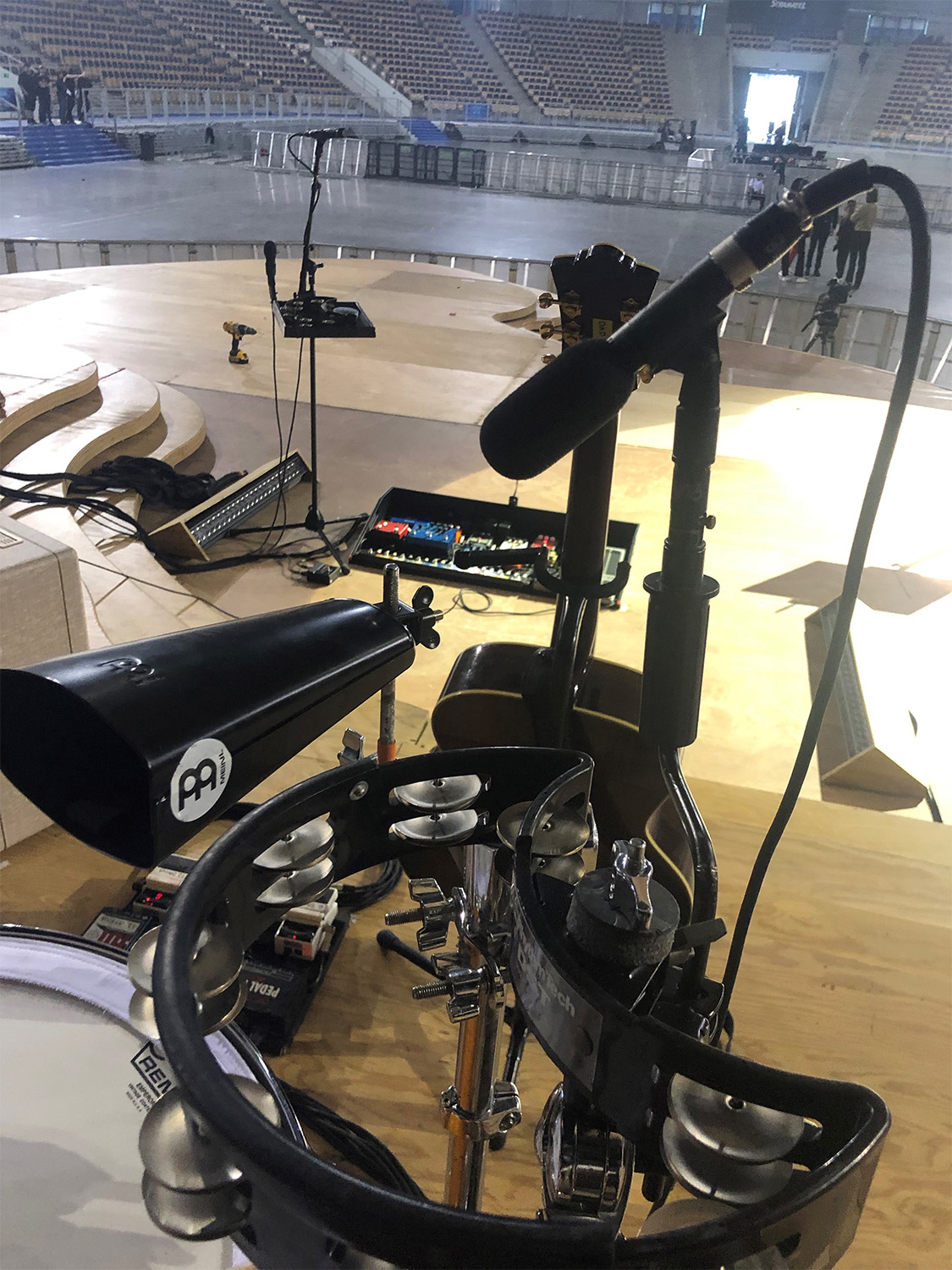 ORINDA, CA, AUGUST 28, 2019 – As the co-founder of Diablo Digital, which provides turnkey live recording systems and services for concert, touring, festival, installation and broadcast applications, Brad Madix has accumulated an impressive resume. He has worked alongside artists such as U2, Shania Twain, Shakira, Van Halen, Rush, Alanis Morissette, Jessica Simpson, Linkin Park, The Eagles, Fleetwood Mac and many more. Despite the wide variety of musical genres that Madix has operated within, one thing has been a constant—his use of DPA Microphones for both recording and live sound applications.

In his current role as live FOH engineer for Florence + The Machine, Madix relies on a range of DPA Microphones to help deliver pristine percussion to audiences. For instance, he depends on the company’s 4099 Instrument Microphone for the drum kit and the brand’s 2011C Compact Twin Diaphragm Cardioid Mic for overheads, which pick up the sound from the band’s various percussion instruments including cowbells, cymbals and a wood block. He also positions a pair of 2011C’s above the drum kit, to really capture the instrument’s sound.

“The integration of these two solutions from DPA provide such a clear, natural sound,” says Madix. “There is a great transient response on the drum kit. It’s really amazing the way the mics pick up each beat of the sticks against the drum, rather than mashing it all together, which has been an issue with other microphones. The rigidity of the 4099s and their ability to be easily adjusted makes them the ideal solution for large tours and live performances.”

In addition to the live sound applications, Madix uses DPA’s 5100 Mobile Surround Microphone for live recordings. “The 5100 mobile surround mic is great for seamlessly picking up both ambiance and audience — it takes care of everything,” he continues. “On the recording side, we have to be aware of all sounds being picked up, whether it’s the audience yelling or the sound of the room, and the 5100 captures it all really well.”

Madix was first introduced to DPA’s 4099 Instrument Microphones while working with Linkin Park during rehearsals. “We had already chosen other mics for the drums, which was unfortunate because, when we tried DPA for the recording and compared it to the recording from the other microphones, DPA definitely sounded better,” he explains. “That’s when I knew that on all future tours, I would rely on DPA. I was able to replace all the overheads with DPA’s 2011Cs for the Linkin Park tour, so that helped improve the sound quality a great deal.”

Many of the artists that Madix works with have been impressed by DPA microphones’ clarity and natural sound. “Like many artists I’ve introduced DPA to, Florence [Welch, Florence + The Machine’s lead singer] said ‘wow, I can really hear everything’ when she listened back to the mix. This is a compliment on its own because that is always difficult to achieve in an arena,” Madix says.

Madix points out that a key benefit of using DPA mics is that he doesn’t have to EQ as much. “It just sounds right from the beginning,” he adds. “DPA has all these great elements built-into one cohesive structure. It saves me a lot of time and stress to not have to fuss around with the mics, especially during live performances.”

Working with such large names, Madix is not willing to compromise sound quality and will continue to rely on DPA Microphones for all his recording and live sound needs. Additionally, he plans to add more of the brand’s microphones to Diablo Digital’s arsenal.

Also available with CORE by DPA Technology is the company’s 4099 CORE Instrument Microphone, which creates an even clearer sound by lowering overall distortion and expanding the dynamic range. This innovative amplification technology also powers DPA’s line of miniature lavaliers and headset microphones.