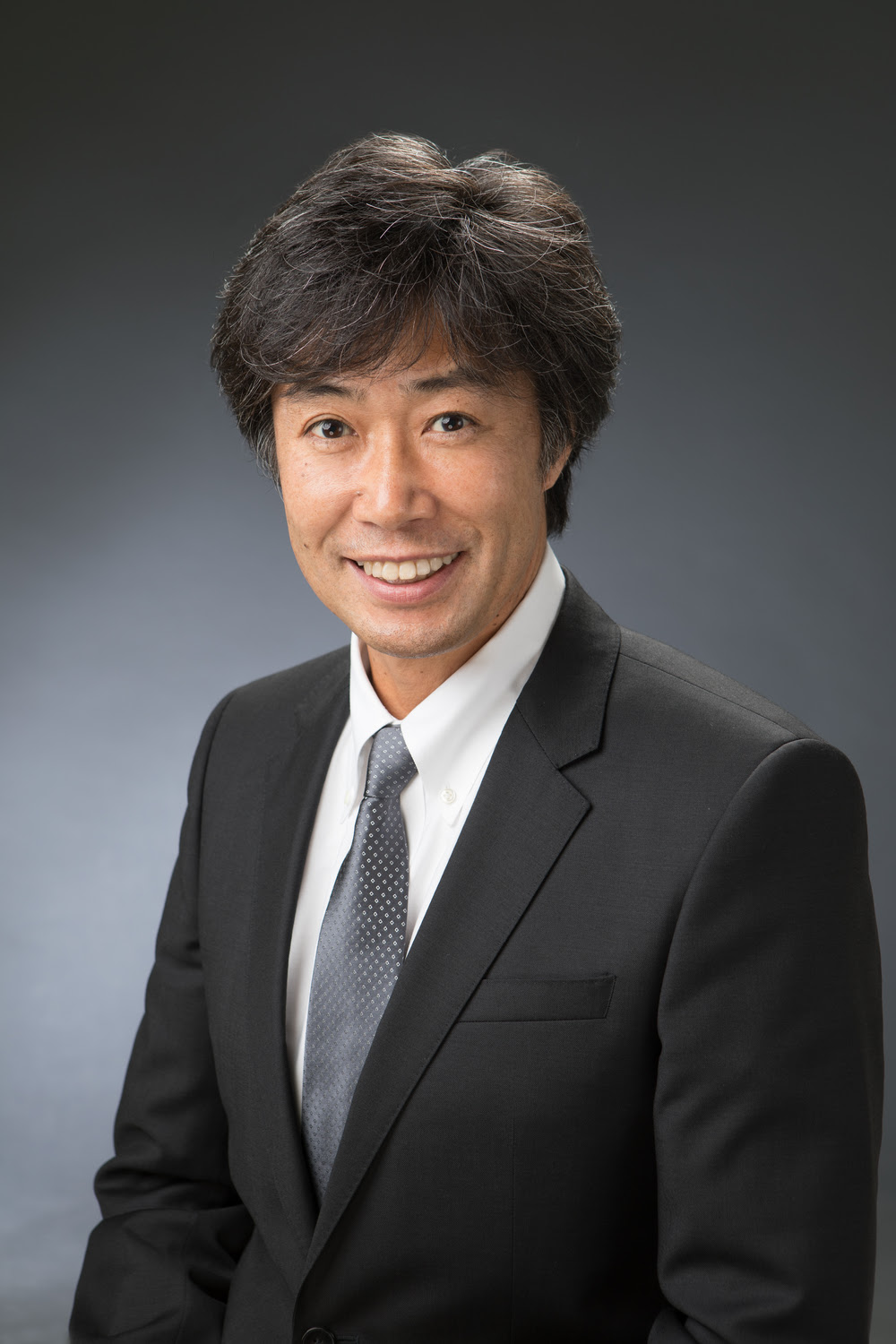 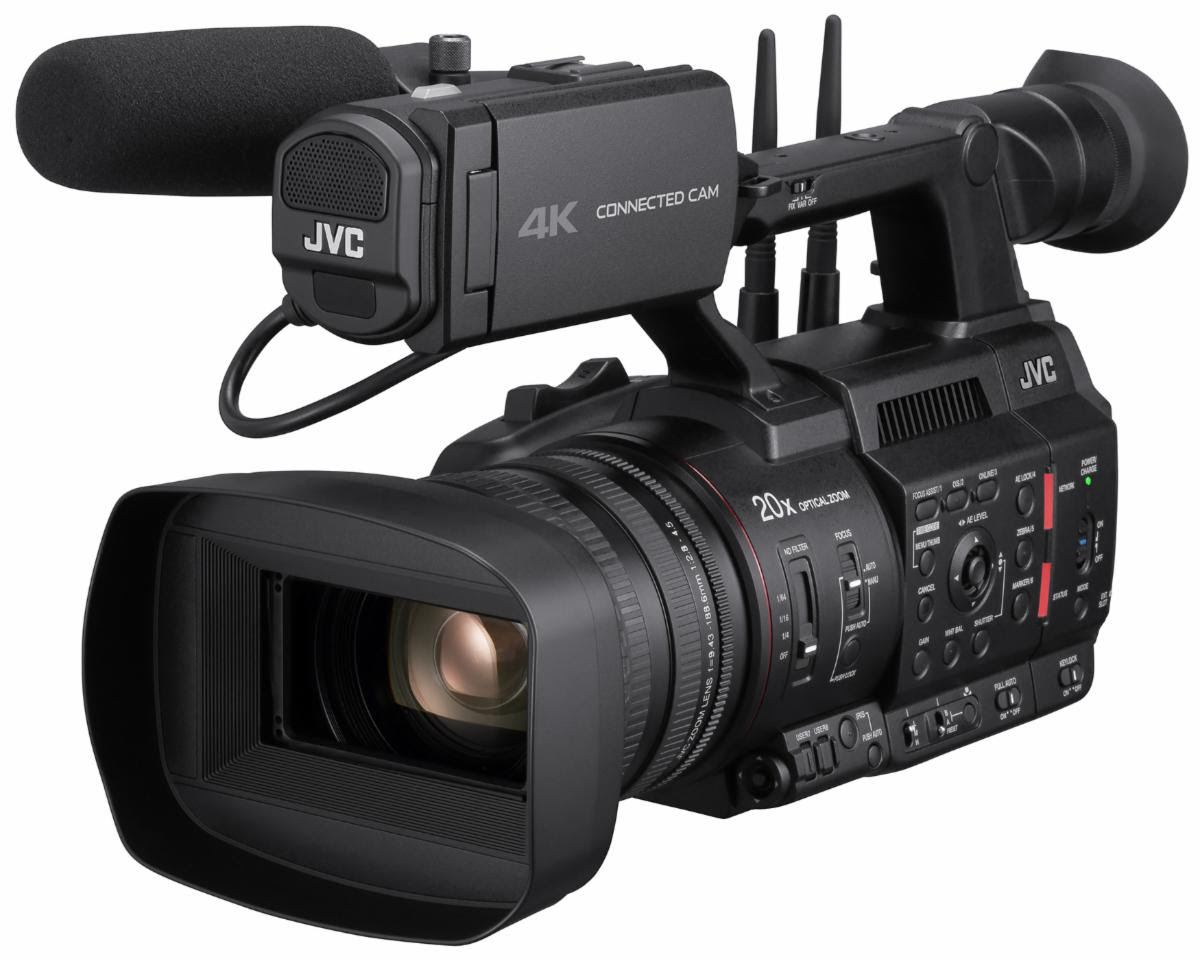 JVC Professional Video, a division of JVCKENWOOD USA Corporation, announces the latest firmware upgrades for its renowned GY-HC900 and GY-HC500 CONNECTED CAM™ camcorders. With the built-in SRT protocol, JVC added Network Adaptive Encoding, reduced latency and the SRT decoder for return video over the internet. These new features enhance video-over IP functionality and position JVC’s CONNECTED CAM as a true leader in REMI applications. A unique portrait mode cropping for streaming to social networks is also now possible with the GY-HC500 Series, a feature that was incorporated based on many users’ requests.

“The CONNECTED CAM system provides a truly plug-and-play streaming ecosystem that does not require expensive backpacks,” says Joe D’Amico, vice president, JVC Professional Video. “Building off the incorporated SRT open-source technology, we are able to continually provide firmware updates, ensuring that JVC cameras are a futureproof solution for an ever-evolving media landscape. With the latest upgrades to the GY-HC900 and GY-HC500 series cameras, our customers are afforded a wide array of functions to enhance their workflows.”

Renkus-Heinz, manufacturer of professional loudspeakers, is partnering with Italian AV distributor Prase Media Technologies to bring intelligent loudspeaker solutions to the Italian market. This partnership results in Renkus-Heinz solutions being made available to more designers, integrators, and end-users – allowing sound to be put precisely where you want it most: on the audience.

“The mission at Renkus-Heinz is to make every location sound better,” said Michal Poplawski, European Technical Sales Manager at Renkus-Heinz. “That requires more than just having product available in a certain area. You need to have a partnership in place with a team that is passionate, knowledgeable, and excited about the solutions you create. We are fortunate to have those qualities in our partnership with Prase Media Technologies.”

Niall Feldman, SSL Director of New Products, comments “For nearly 20 years we have made many of our classic console and processor-based innovations available to more producers, engineers and musicians via the 500 module series. The opportunity with our more recent product to continue this work and bring a new range of modern classic 500 modules to a broader market, was too good to resist.”

Bidwell Presbyterian Church in Chico, California has many digital offerings, including a mobile app and live video of its worship services available to all – offerings that went from impressive …

Goldsmith Sales represents some of the industry’s greatest manufacturers and distributors, offering a wide variety of products in nearly every category in our industry. They work with their clients acting as their agent and advocate so that the client gets the utmost service and support for the brands they rely on. Goldsmith Sales and Marketing, Inc. Takes pride in being able to take action quickly while helping their customers get what they need in a timely manner. 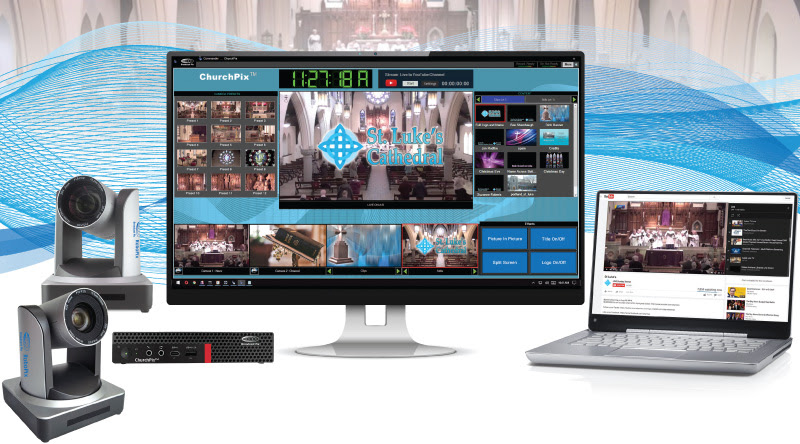 New ChurchPix™ is the all-in-one video production solution that enables any church to easily stream its worship services online. Designed with volunteer operators in mind, the ChurchPix system is simple to set-up and easy to use. It provides an affordable turnkey solution for churches and comes complete with dedicated content and easy to use controls. 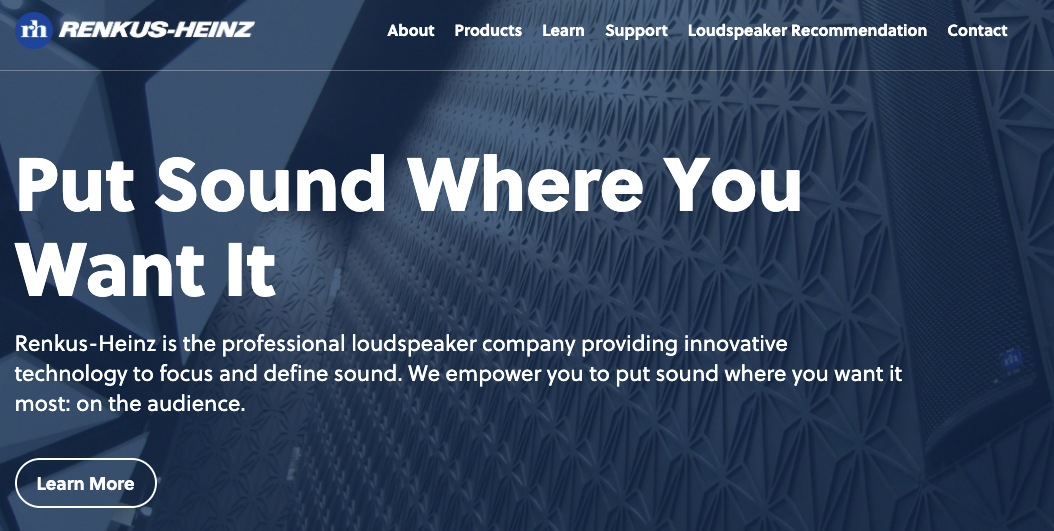 “Over the past few years, Renkus-Heinz has made a point of helping our partners put sound where they want it most,” said Jim Mobley, Vice President of Operations at Renkus-Heinz. “The redesign of the Renkus-Heinz website continues that mission by offering tools that help professional sound experts place sound with precision on an audience.” 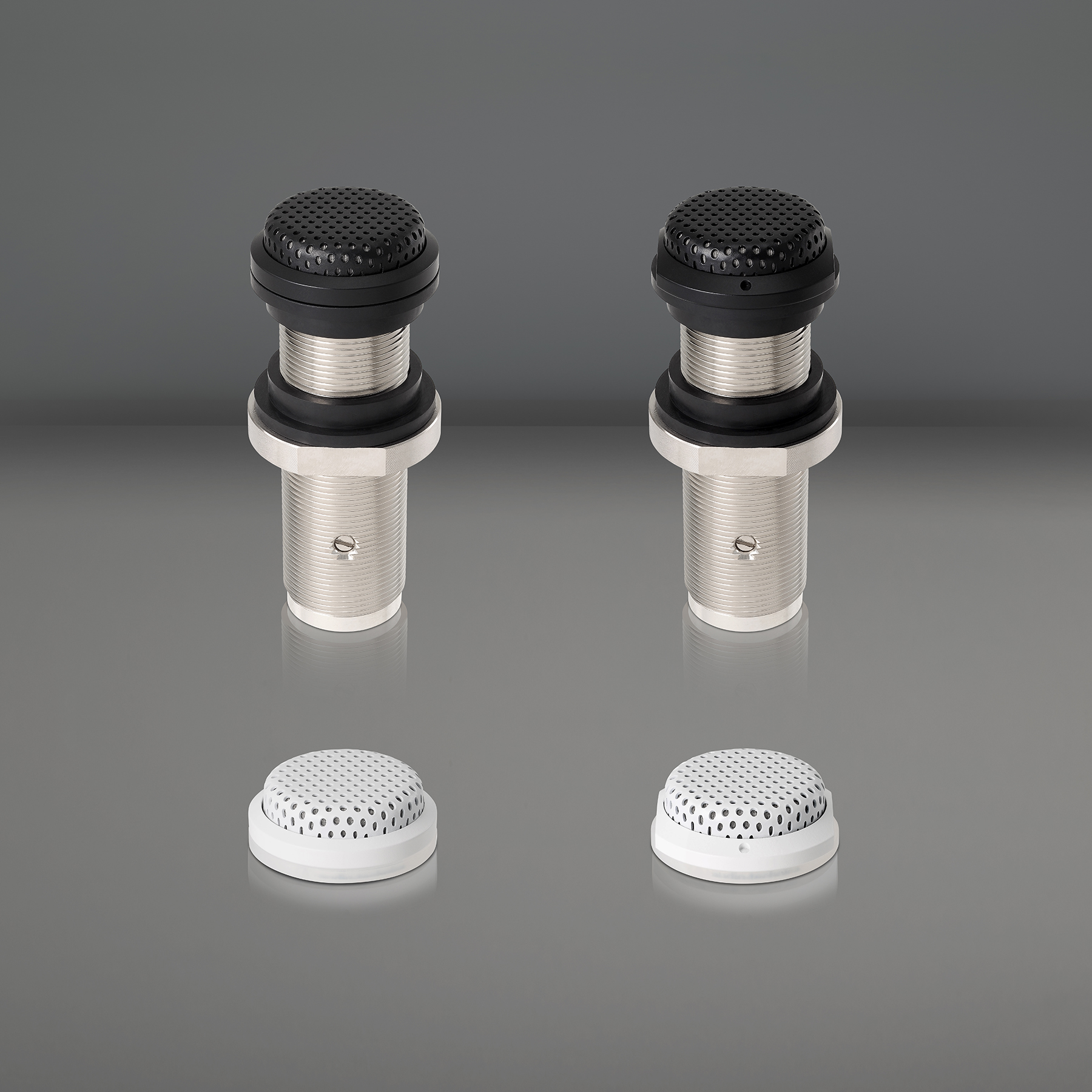 Audio-Technica, a leading innovator in transducer technology for over 50 years, announces the availability of the ES945O/XLR omnidirectional condenser boundary microphone and ES947C/XLR cardioid condenser boundary microphone – replacing A-T’s popular ES945 and ES947 with these upgraded versions. Notably, the ES945O/XLR and ES947C/XLR add IPX4 water resistance, protecting the microphones from splashes of water and making them even more ideal conferencing and monitoring solutions for a wide range of applications.

With their low-profile design that mounts unobtrusively in tabletops, ceilings or panels for minimum visibility, the ES945O/XLR omnidirectional condenser boundary microphone and ES947C/XLR cardioid condenser boundary microphone provide clear, highly intelligible audio that is perfect for conferencing, recording, monitoring and other demanding sound pickup applications. Protected by a rugged all-metal case with a two-layer perforated grille, the microphones feature polar patterns afford a 360° pickup angle (ES945O/XLR) and 120° pickup angle (ES947C/XLR), respectively, while Audio-Technica’s proprietary UniGuard® RFI-shielding technology provides outstanding rejection of radio frequency interference (RFI). The microphones’ IPX4 water resistance sets them in a class of their own as boundary mics. Additionally, the ES947C/XLR and has a small front-of-mic indicator to ensure proper orientation for maximum pickup.