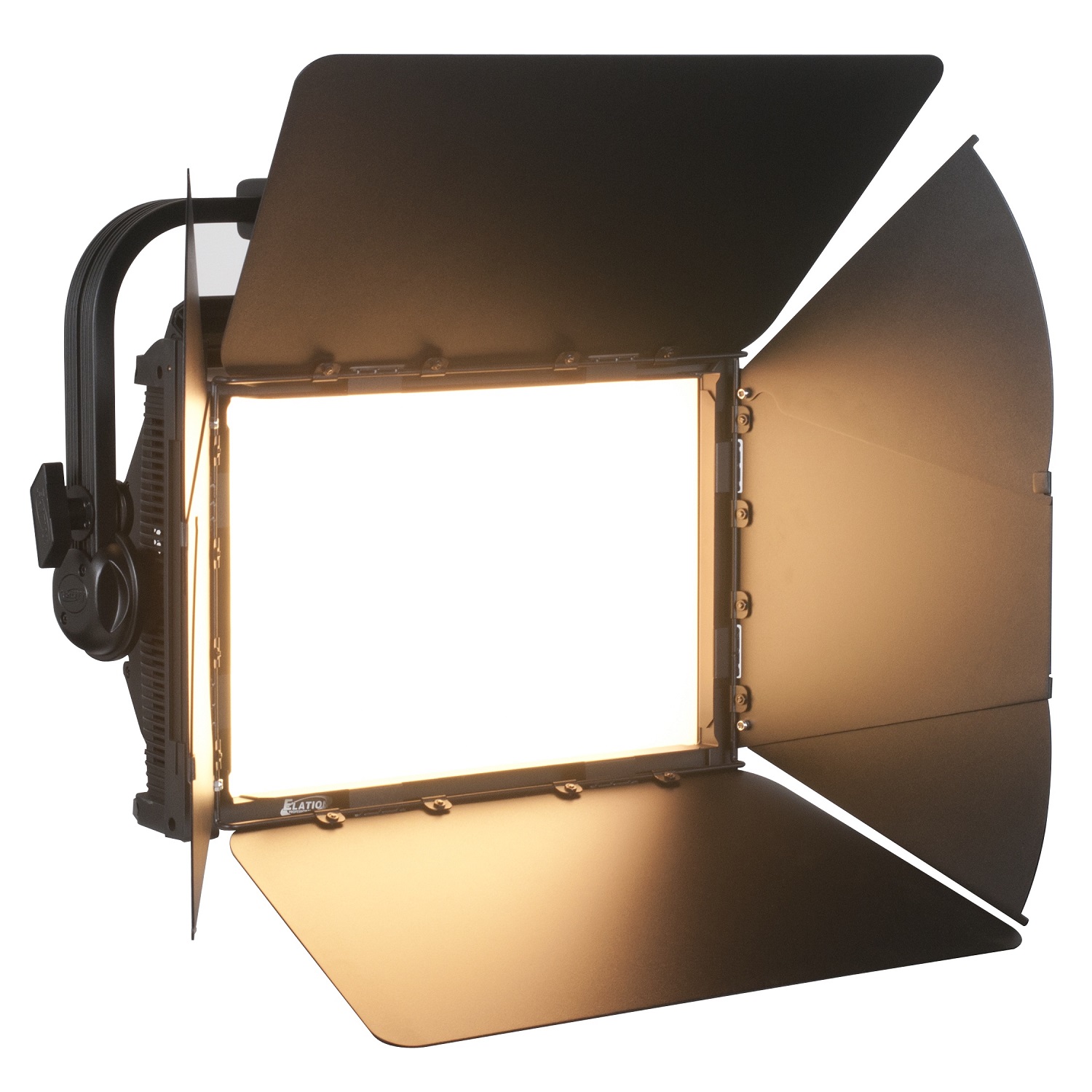 Elation Professional has added a full-color-spectrum soft light to its KL series (Key Light) of broadcast-quality LED luminaires, the KL Panel™. Optimized for the color temperature-adjustable requirements of film and television, it is an ideal key and fill light source for any situation requiring outstanding performance and color quality.

Color reproduction is also of the highest quality with a CRI over 95 while color temperature is easily adjustable from 2,000 to 10,000K for a wide choice of variable color or white shade projections. Additional color tuning is possible through a green-shift adjustment and virtual gel library.

Visix Touch10 meeting room signs now support a voice user interface which gives instant access to schedules, floor maps, directions and other useful content by simply speaking to the room sign. This is the latest solution from Visix to offer hands-free interactivity.

The Focus Spot 6Z harnesses the power of the latest LED technology, featuring a potent 300W cool white LED engine that offers a 50,000-hour operational life. This is paired with a precision-engineered, high-quality optical system to deliver extremely punchy output, allowing for sharp aerial effects and crisp GOBO projections. Offering 50% more LED power than the 200W Focus Spot 4Z and 5Z models, the 6Z has an output of 10,500+ lumens, which represents a significant step up for the Focus Series.

In addition to enormous brightness, the Focus Spot 6Z is also the most feature-packed model in the range. It offers a diverse collection of beam-shaping tools designed to give lighting designers a huge amount of creative potential. This versatility makes it ideal for rental and event production as well as for installation in venues such as large churches and multipurpose venues where the lighting requirements can change from week-to-week or month-to-month. 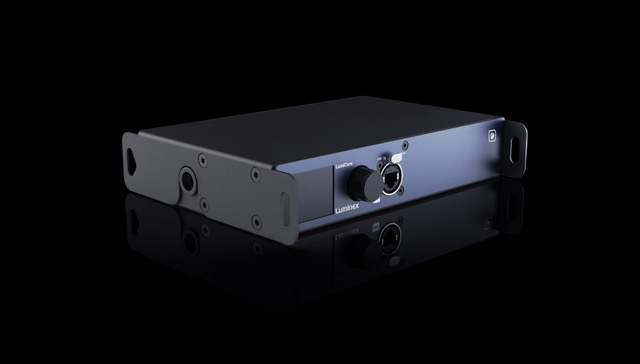 With 64 built-in engines, LumiCore allows you to merge and route up to 64 x 4 input sources toward 64 newly defined universes. This way, LumiCore becomes the ideal solution to isolate your control setup in a house of worship, on a festival, or in a theatre or TV studio.

As technology is evolving towards full networked solutions (ArtNet or sACN directly to the fixtures), LumiCore provides all the flexibility of the LumiNode but directly on the network, with up to 256 input universes merged and routed towards max 128 output universes. All of this with extremely low latency….

Building upon their reputation as one of the industry’s most trusted entertainment and architectural lighting manufacturers, Altman Lighting introduces the simplicity of control with Genesis. Combining the ease-ofuse of a fader-based controller with the power of an intuitive touch screen interface, the Genesis lighting console provides the programmer with a unique familiarity for the creative control of today’s complex automated and LED luminaires. 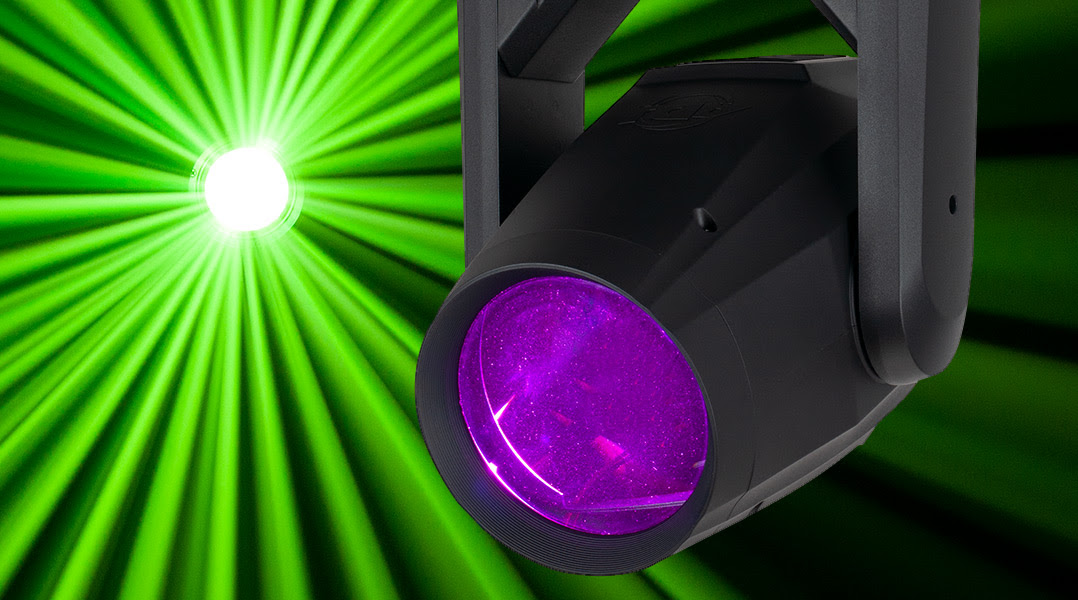 Beam fixtures based on the immensely popular Philips® Platinum 5R lamp, such as ADJ’s Vizi Beam 5RX, have been staples of most concert, festival and superclub lighting rigs for the past decade. Now, the ADJ Vizi Beam 12RX ups the ante with a fixture that is not only noticeably brighter (while still maintaining a relatively low power draw) but also packs in an enhanced feature set to give lighting designers unprecedented creative potential.

The Vizi Beam 12RX harneses the power of a 260W Philips® Platinum 12R LL lamp, which features an innovative reflector design to generate an extremely high-intensity beam. This is coupled with precision-engineered optics and a large glass front lens to allow the fixture to generate an exceptionally potent and sharp beam. It outputs approximately 9,400 lumens (compared to around 8,000 lumens for a 5R fixture) and measures approximately 70,200 lux at 20 metres [65.6 ft] (compared to around 58,000 lux for a 5R model). In practice, this makes for a visibly brighter and more intense beam. In addition, the lamp has an extended lifespan of up to 6,000 hours (increased from 2,000 – 3,000 for the 5R) which significantly reduces the cost and inconvenience of lamp replacements.

The latest addition to ADJ’s popular Hydro Series of weatherproof moving head luminaires, the Hydro Wash X19, is a powerful and versatile wash fixture designed for touring, rental and event production applications. Combining impressive brightness with an expansive feature set, this rugged workhorse is ready to shine in even the most challenging of conditions.

19 Osram 40W RGBW 4-in-1 LEDs fill the face of the Hydro Wash X19, making for an impressive total of 760W. The LEDs offer smooth color mixing, allowing for the creation of a wide variety of different hues, and are arranged in three concentric circles. Each LED is individually controllable, allowing for the creation of pixel-mapped effects, with support available for both the KlingNet and Artnet control protocols as well as standard DMX-512. 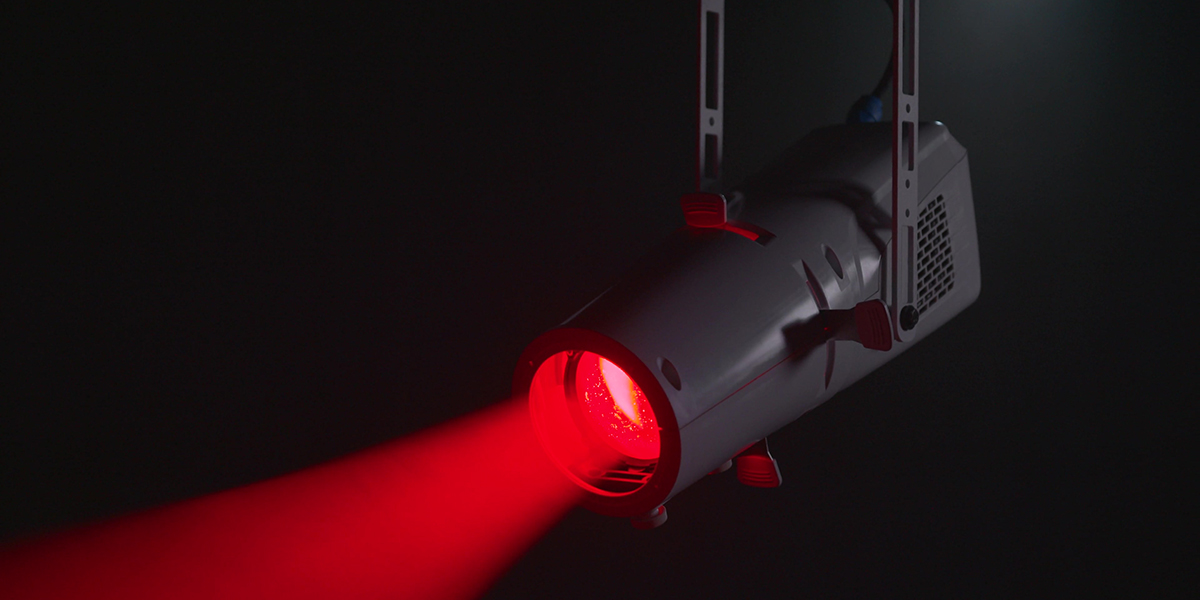 Like the other ColorSource fixtures, Spot jr offers stunning colors and precise dimming at an irresistible price. Spot jr is available in two array options – Original for subtle pastels and beautiful white light to enhance skin tones, and Deep Blue for more saturated, dramatic colors. Like all ColorSource fixtures, Spot jr includes ETC’s color integrity technologies so you can be sure the colors you set in rehearsal are the same colors you see during the show. This includes thermal droop compensation, third-party lifetime testing, and comprehensive factory color calibration. 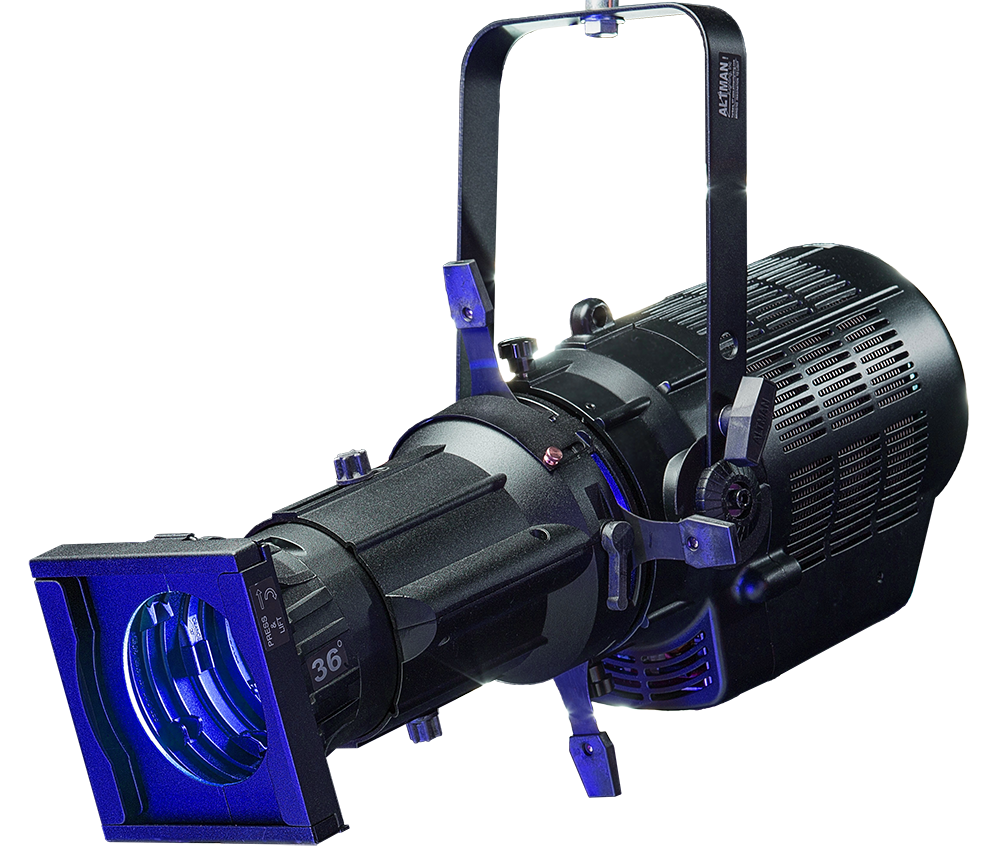 “Wanting to make sure that we implemented the most robust technology possible into our next-generation LED ellipsoidals, the PHX3 Profile and Zoom introduce a number of innovative features in function, style, and efficiency,” said Pete Borchetta, Altman Vice President Product Innovation. “Having spoken with a number of lighting designers and dealers worldwide, we wanted to expand our PHX series even further with these two new high-performance and dependable luminaires.” 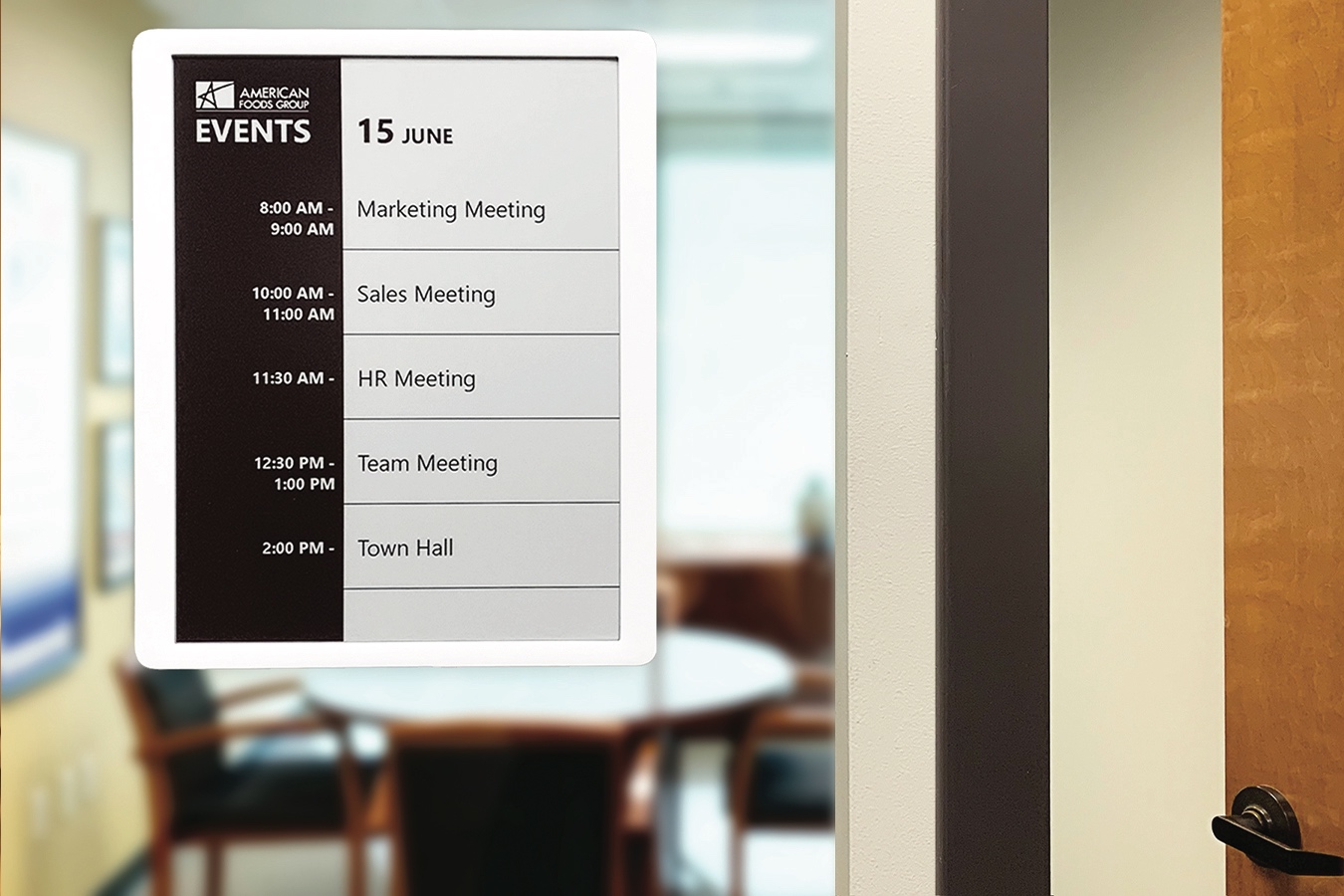 Visix, Inc. has announced the release of their newest electronic-paper room sign, the EPS 125. This 12.5-inch E Ink sign is the largest display available for room sign applications, and is the third e-paper sign from Visix, alongside their EPS 60 and EPS 74 models.

New EPS 125 room signs have a large display surface with a resolution of 1304 x 984 pixels (4:3), which is twice as big as most e-paper room signs on the market. The signs can be used in either landscape or portrait orientation, with an anti-reflective screen offering high visibility and contrast, and a 180-degree viewing angle.