BenQ, an internationally renowned leader in visual display solutions, has been chosen to supply its 4K UHD RP Series of interactive displays to one of the most innovative engineering schools in the nation, Iron Range Engineering. Part of Minnesota State University in Mankato, Iron Range Engineering’s Bell Program is kicking off the university’s new school year with upgraded huddle rooms featuring 10 65″ RP6502 displays and two 86″ RP8602 displays. Each is loaded with interactive productivity tools to help the students develop a real-world professional skill set. 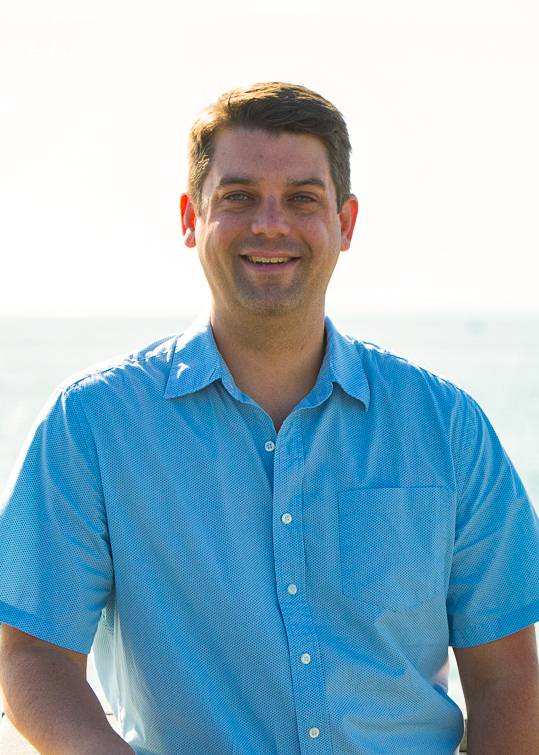 Adam will work closely with regional sales managers, distributors, and dealers in each territory, and oversee the sales engineering department that works closely with Atlona partners and end users to design systems. One key objective is bringing the Atlona and Panduit teams closer together for sales and business development initiatives, which Adam says will help all customers more effectively bridge AV systems with IT infrastructure. 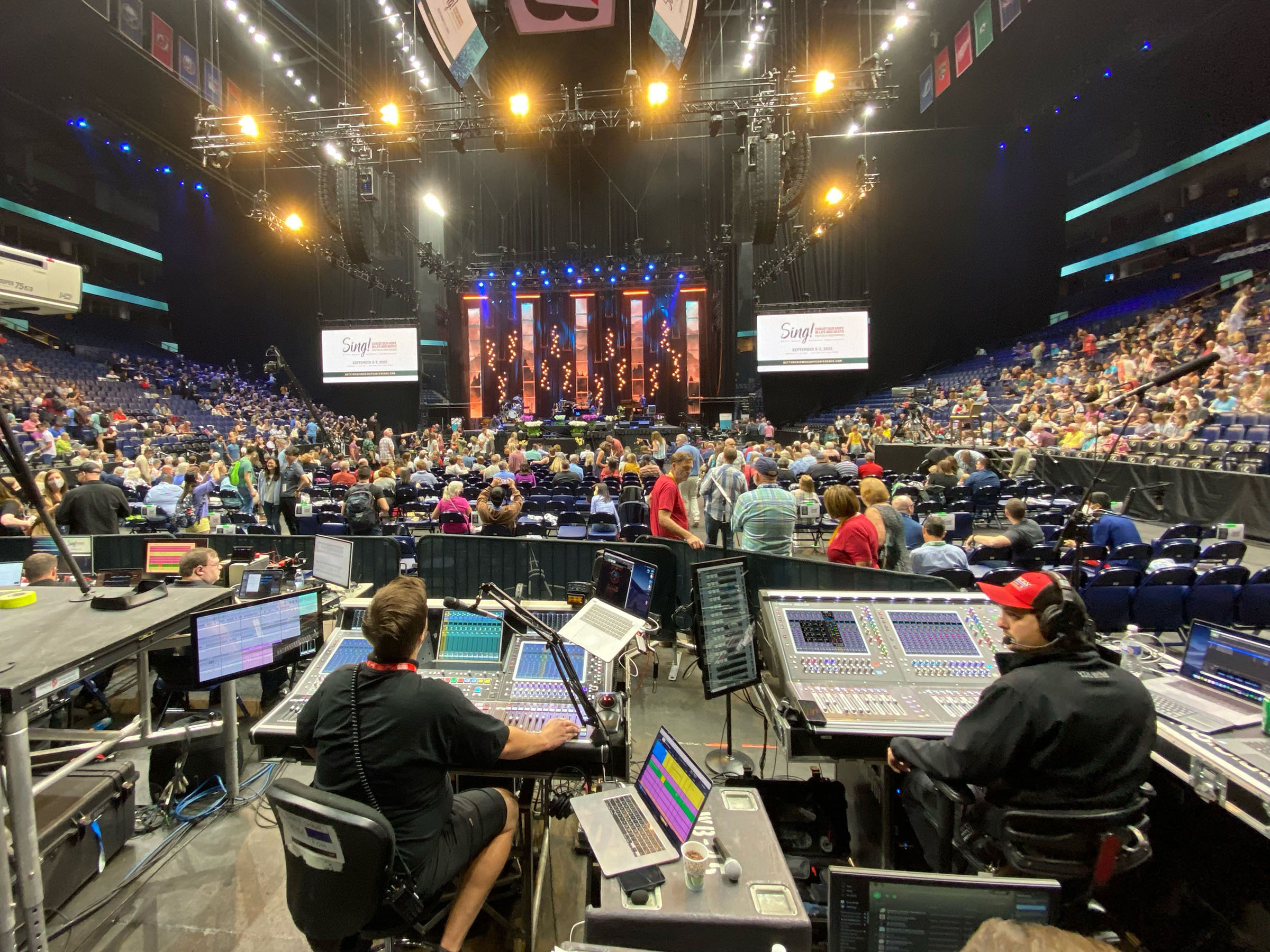 “As we pray, so we believe.” That classic aphorism at the heart of contemporary worship has a corollary—“as we sing, so we pray”—that could be heard at the Sing! Global 2021 Getty Music Worship Conference, which this year took place at Nashville’s Bridgestone Arena from September 13 through 15. The event, hosted by Christian music power duo Keith and Kristyn Getty, perhaps best known as the writers/singers of the beloved song, “In Christ Alone,” brought together worship leaders, music directors, composers and others in the worship-production sector for four days of workshops, panels, and uplifting music.

For the fourth year in a row, Brentwood-based integrator CTS AVL was the audio and lighting systems provider for the event. However, this year, the company also took on the conference’s broadcast and audio-recording tasks. That called for a more comprehensive approach to infrastructure, for which CTS AVL constructed an all-DiGiCo architecture, consisting of three SD5 consoles for front of house, monitors and broadcast, and an SD12 96 desk for production. Utilizing three SD-Racks and DiGiGrid MGB interfaces between consoles and computers, the system seamlessly handled over 160 inputs, managing over 50 separate mixes for bands, groups, choirs, and an orchestra. 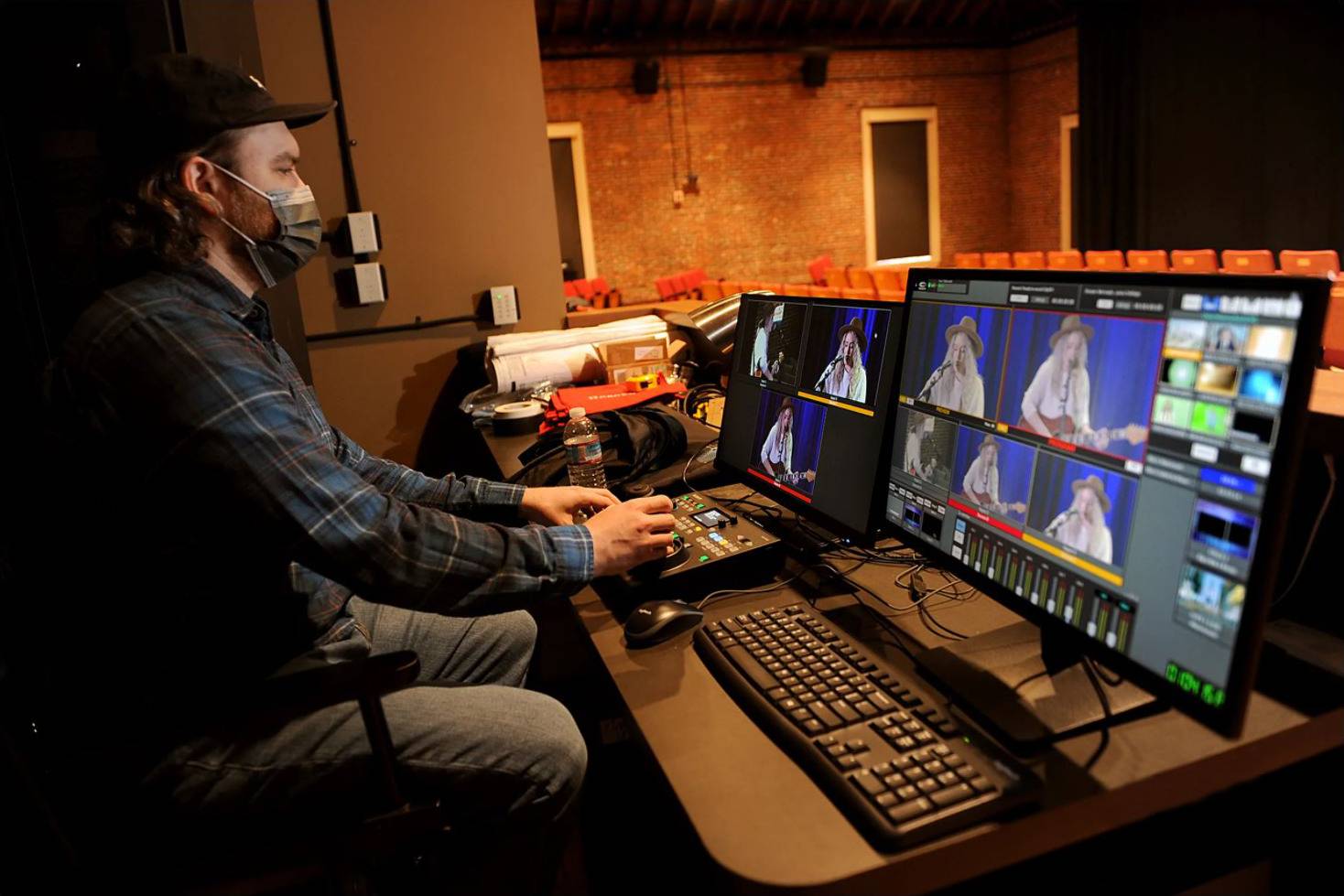 The Center for Arts in Natick MA (TCAN), invested in a Broadcast Pix BPswitch FX6 production switcher to enable the recording and live streaming of artists during COVID.

TCAN is a non-profit, award-winning performing arts center, offering a wide variety of arts programs to audiences in the MetroWest and Greater Boston areas of Massachusetts. It is a regular venue for national touring artists, such as The Smithereens, Jefferson Starship, Tom Rush, Anais Mitchell, and Shawn Colvin and also presents comedy, children’s programs and classical music concerts. 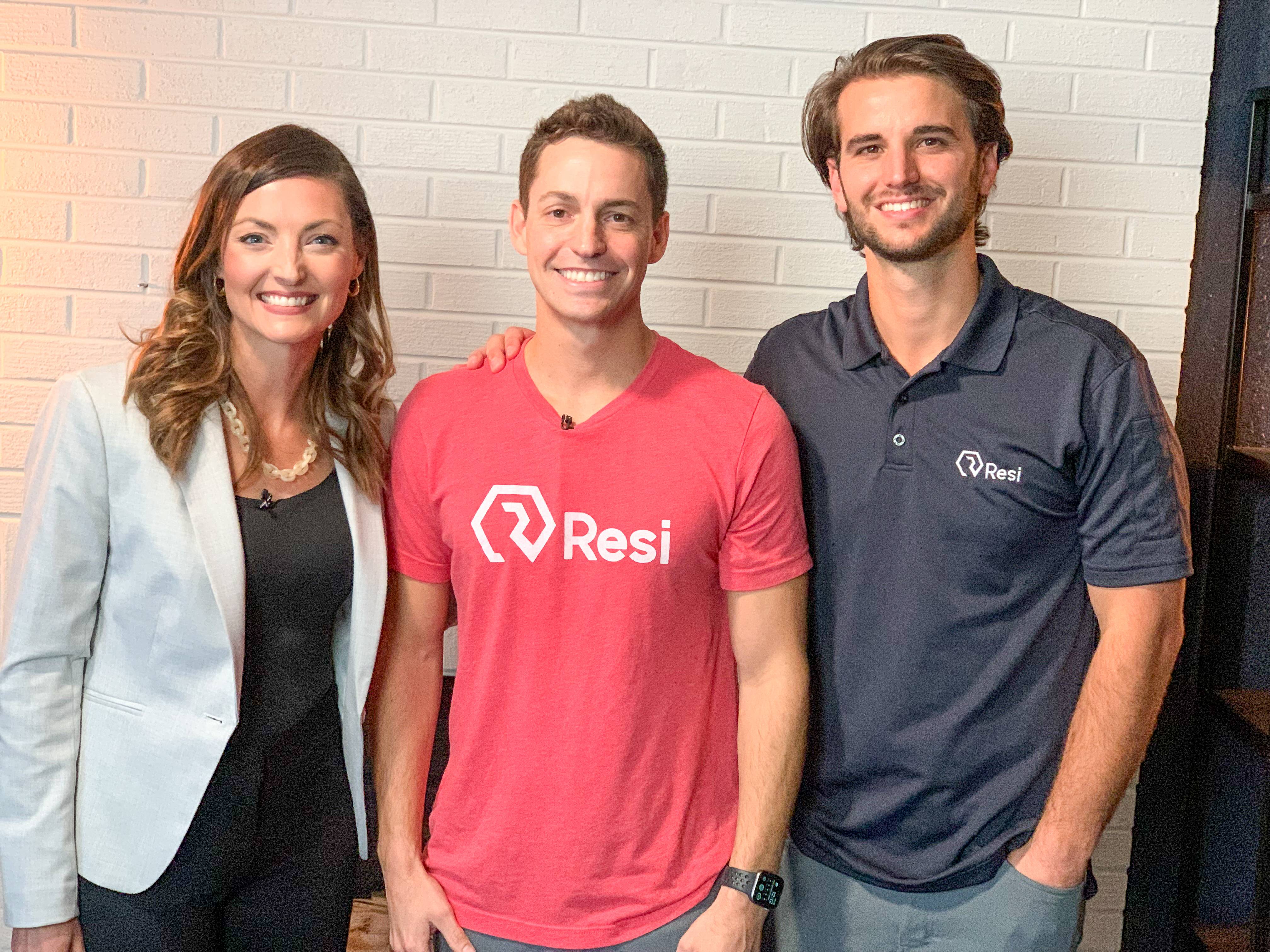 Pushpay (NZSX:PPH, ASX:PPH, ‘Pushpay’ or ‘the Company’), the leading payments and engagement solutions provider for faith-based and non-profit sectors, announced the entry into a definitive agreement for Pushpay to acquire Resi Media LLC, an industry leading video streaming platform. The acquisition is expected to close by the end of the month, subject to satisfaction of customary closing conditions, and will expand Pushpay’s ability to help organizations increase engagement and expand their digital presence.

“Digital tools like live streaming enable organizations to reach and engage stakeholders in an efficient and cost-effective way, regardless of geographical location, providing greater audience potential and revenue opportunities,” said Molly Matthews, CEO of Pushpay. “Coming together with Resi Media not only provides our customers access to world-class streaming technology today, but in time will enable Pushpay to deliver a unified solution for digital giving, ministry management, media and more.”

After a storied career in the entertainment industry, ESTA’s Membership Manager, Frances Thompson, will be retiring at the end of 2021. For over two decades, she has been a vital force in the growth of the association and a galvanizing presence at trade shows and events. In 1996, Frances was appointed to the ESTA Board of Directors, after being a part of the Business Resource Group for several years. She then served as Manufacturer Director until early 2000, when she was appointed as an Affiliate Director. Around 2001, Frances joined the ESTA staff and has since held several titles. On her retirement, Frances remarked, “I will miss engaging with members and staff. We are irreverent, creative, resourceful, opinionated, and uproarious. But most of my family and friends are as well, so I will be happy.” Frances may be reached at frances.thompson@esta.org or 865-689-8761 through the end of 2021. 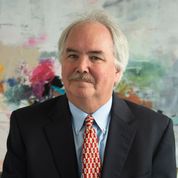 Clear-Com® is pleased to announce the promotion of Jay Wallace to Senior Regional Sales Manager, Northwestern USA with the addition of Latin America to his sales territory. In his expanded role, Wallace will continue supporting partners in his Northwest territory while simultaneously cultivating and strengthening Clear-Com’s relationships with Partners in Latin America, as both regions have experienced continued growth.

Despite the residual effects of the global pandemic, Clear-Com has maintained sales in its U.S. and Latin American customer bases, as businesses evolved, expanded and upgraded their communications systems across markets. Many professionals have come to experience the value of their intercom solutions during this time, by allowing them to remain operational by facilitating remote, hybrid, and socially distanced workflows. Wallace will play a critical role in educating current and future dealer partners and customers on how Clear-Com’s significant technology, innovations and enhanced intercom capabilities can translate into more efficient production workflows. 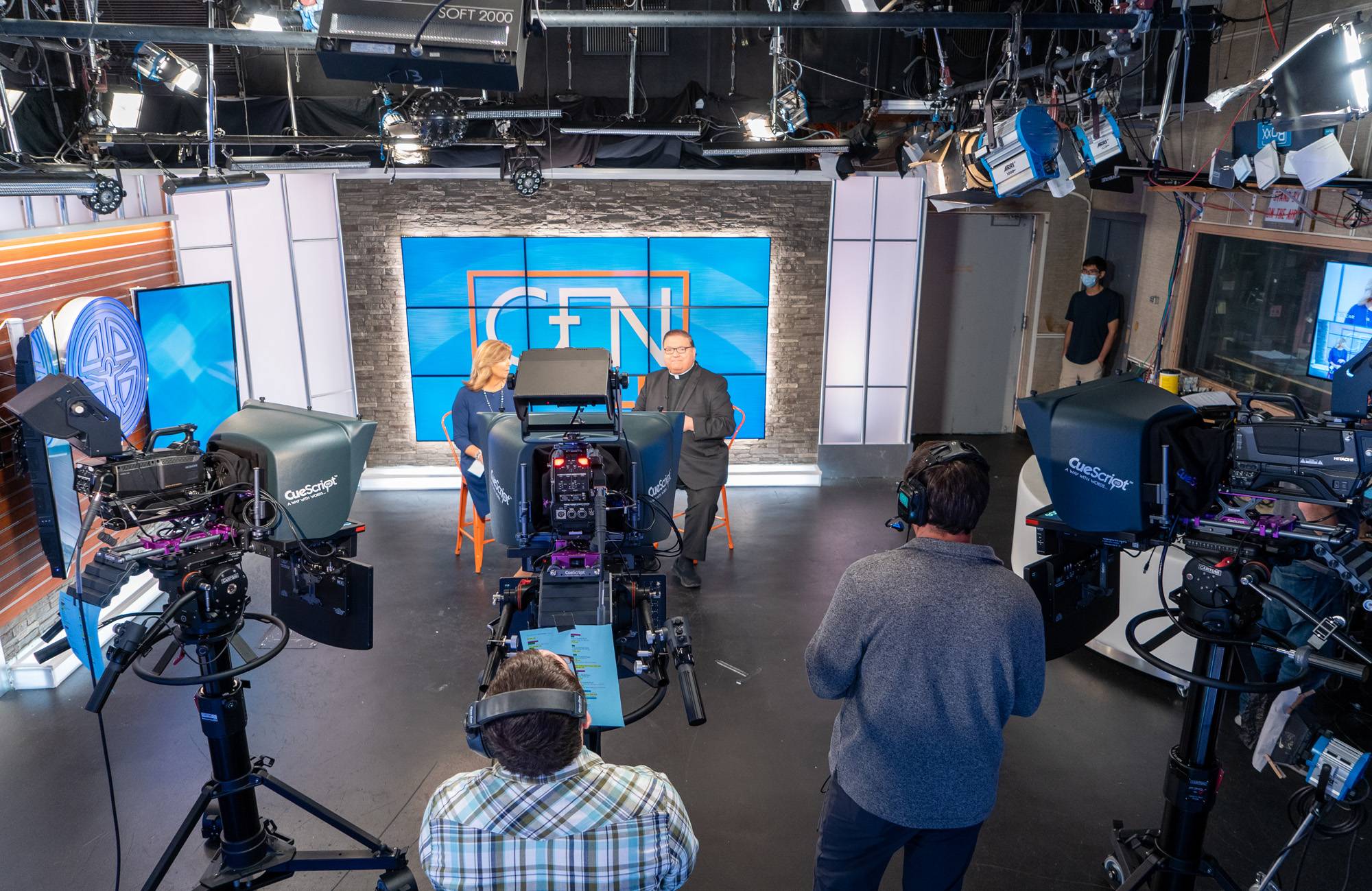 CFN is available on Optimum, Verizon FiOS and Charter Spectrum throughout the New York, New Jersey, and Connecticut area, plus selected cable and satellite systems nationwide as well as streaming at www.CFNtv.org. CFN’s programming includes live masses, talk shows, and topics ranging from faith and societal issues to health and cooking. With Catholic Faith Network expanding, CFN senior executive producer Sean Kennedy knew exactly which brand of cameras he wanted to grow with them.

The new building’s 25,000-square-foot warehouse and staging area, complete with tractor trailer loading zonesand multiple forklifts, can accommodate equipment needs for larger projects. There are also dedicated, climate controlled areas for fabrication, integration and training. Instead of being limited to working on one project at a time due to space constraints, TSG teams can use the separate areas to work on multiple projects concurrently. 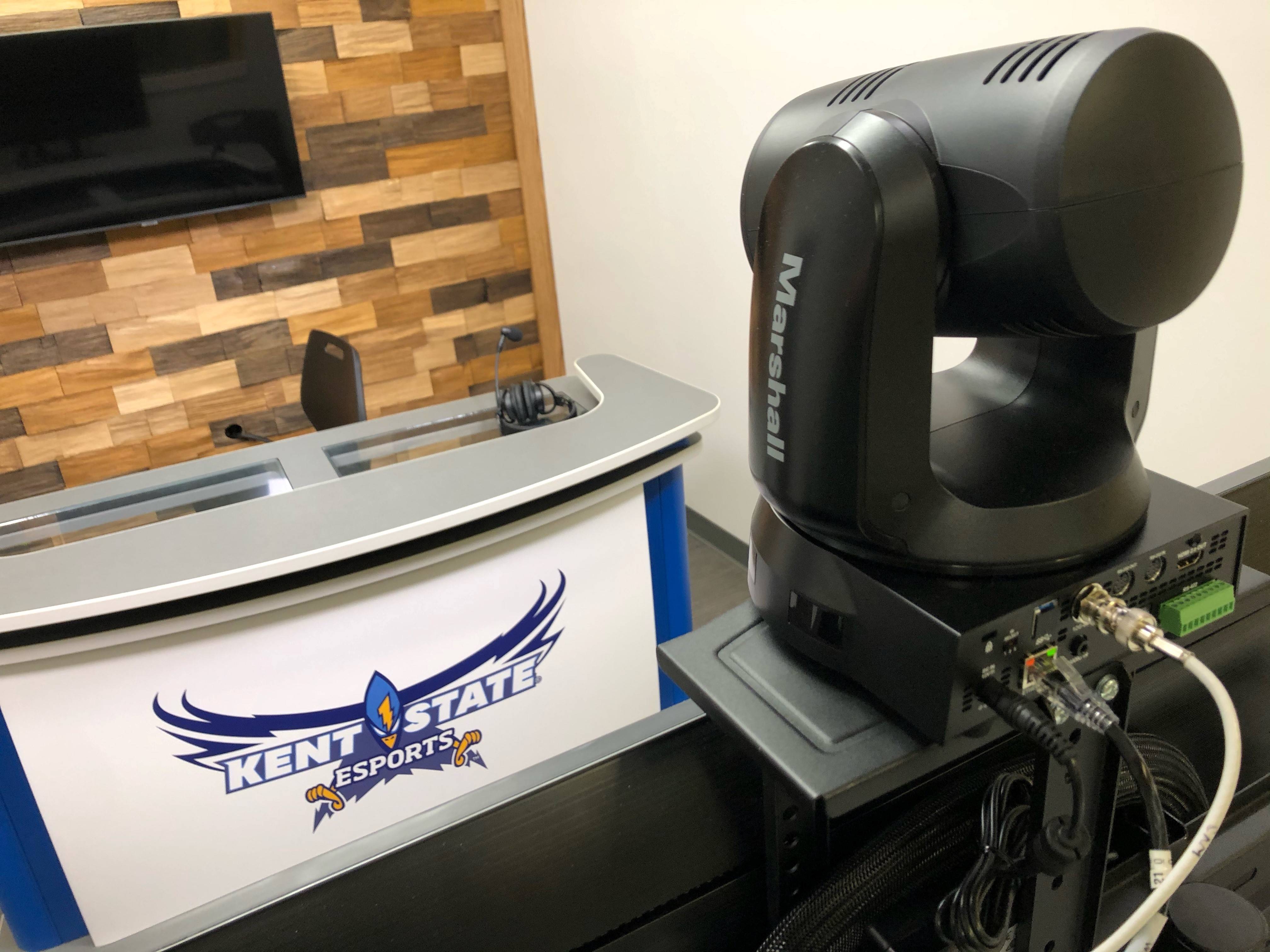 Kent State University originally launched its eSports program in the Fall of 1998 and it was the beginning of something big. Today, with a community of over 400 students and growing daily, the University currently competes at a varsity level in the Overwatch, League of Legends, Rocket League and Hearthstone competitions. Looking to enhance live streams by capturing athlete reactions and interactions with other players and team members, Jason Forbes, broadcast engineer at Kent State University, Teleproductions turned to the miniature CV503 POV and full featured CV730 PTZ cameras from Marshall Electronics.

The University was already very familiar with Marshall, as its cameras are used throughout the campus for some of its traditional sports and as observation cameras for classrooms and labs. The design and integration of Kent State’s 12-seat V-style arena gaming space was done entirely in-house with an assist from Heartland Video, which provided most of the video production gear. The use of Marshall’s ultra-compact cameras allowed the team to enhance its live streams to Twitch without causing any player distractions or interference.