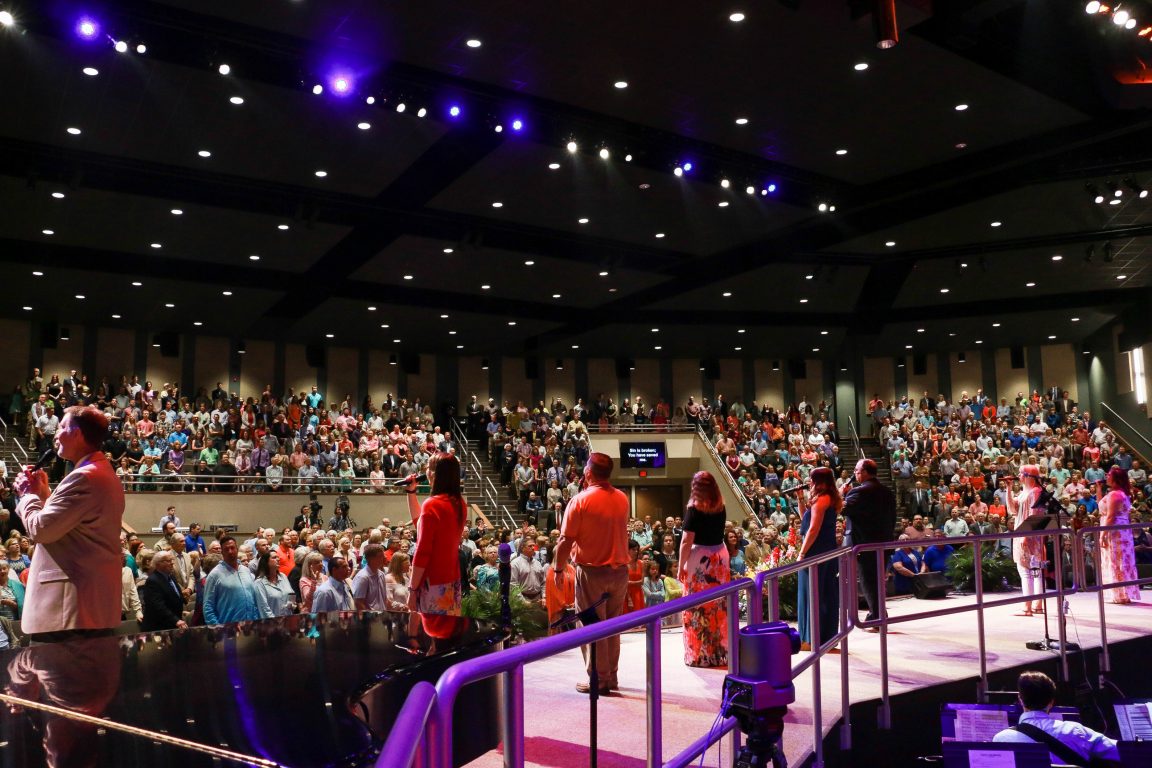 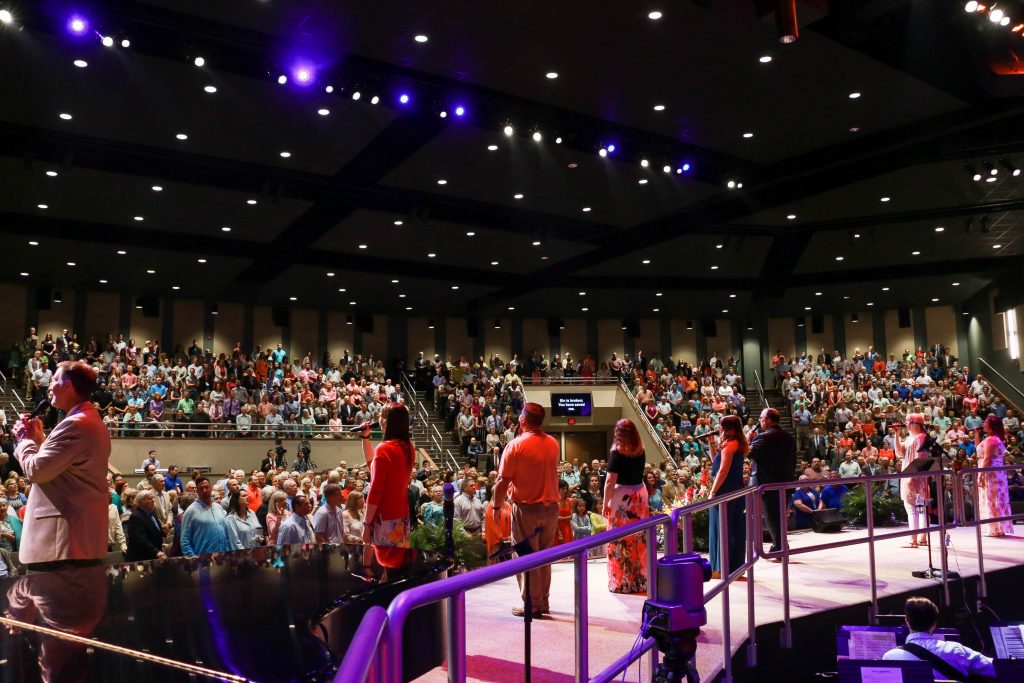 The upgraded microphone package Trowbridge employed consisted of DPA d:vote™ 4099 Instrument Microphones for most of the orchestra, including all of the stringed instruments (violin, viola, cello, double bass and harp), 12 DPA d:sign™ 4098 Supercardioid Ceiling Microphones hanging from the ceiling for the choir and a d:fine™ 4166 Flex Omnidirectional Headset Microphone for the church’s senior pastor.

The move to DPA was an easy decision for Trowbridge. “I felt that the microphones we were using unpleasantly colored the instruments,” says Trowbridge. “We found that with DPA’s d:vote 4099 instrument mics, not only was the sound quality of the orchestra outstanding but the reproduction of the instrument sound was unmatched to what we had previously experienced. I also like how sensitive the microphones are. I do not have to give them a lot of gain to get them to a useable level. In addition, the instrumentalists love the way the associated clips attach the mics to each individual instrument. They do not get in the way while they are playing or even risk damaging the instruments when attached.”

For the church’s choir, Trowbridge needed something he could “zone” out. “Because our choir loft is so large, sometimes it is not completely full,” he adds. “In those instances, we create smaller sections where the entire choir stands instead of spreading them out, defeating the purpose of choral source. The d:sign 4098s allow me to mute certain zones we may not be using and unmute others without having an unusable amount of bleed from our orchestra.”

With the orchestra and choir audio amplification taken care of, Trowbridge turned his attention to the Church’s Senior Pastor, Dr. David Wilson. “Pastor Wilson had a tough time finding a headset that fit well and was comfortable for him,” says Trowbridge. “We tried a lot of options, and not surprisingly, he landed again on DPA and the d:fine 4166 headset microphone. He is responsible for miking himself up each week and has no problems getting the capsule in the perfect place. Personally, what I love about the d:fine 4166 is how clear Pastor Wilson sounds

now. It’s like he is right in front of you having a conversation. This also helps us regain intimacy in a large room. Since implementing all of the DPA mics, we have gotten some really nice comments from the congregation. Our church services sound better then ever before.”

DPA has recently released a new, upgraded instrument microphone, the d:vote CORE 4099 Instrument Microphone. The CORE version adds another layer of sound quality. The CORE by DPA amplifier is a powerful new technology that brings more clarity and details to music across the entire dynamic range.

ABOUT DPA MICROPHONES:
DPA Microphones is the leading Danish Professional Audio manufacturer of high-quality condenser microphone solutions for professional applications. DPA’s ultimate goal is to always provide its customers with the absolute finest possible microphone solutions for all its markets, which include live sound, installation, recording, theatre and broadcast. When it comes to the design process, DPA takes no shortcuts. Nor does the company compromise on its manufacturing process, which is done at the DPA factory in Denmark. As a result, DPA’s products are globally praised for their exceptional clarity and transparency, unparalleled specifications, supreme reliability and, above all, pure, uncolored and undistorted sound. For more information, please visit www.dpamicrophones.com.