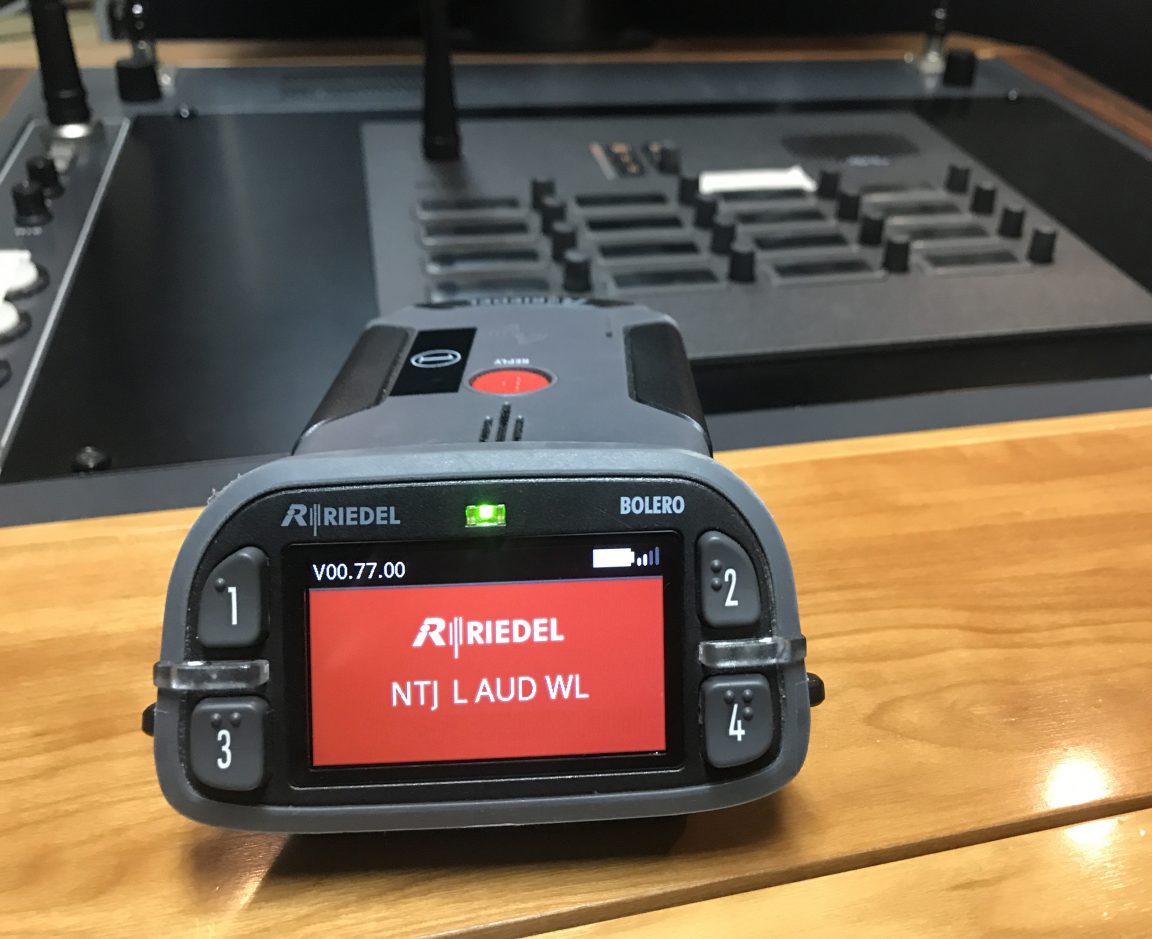 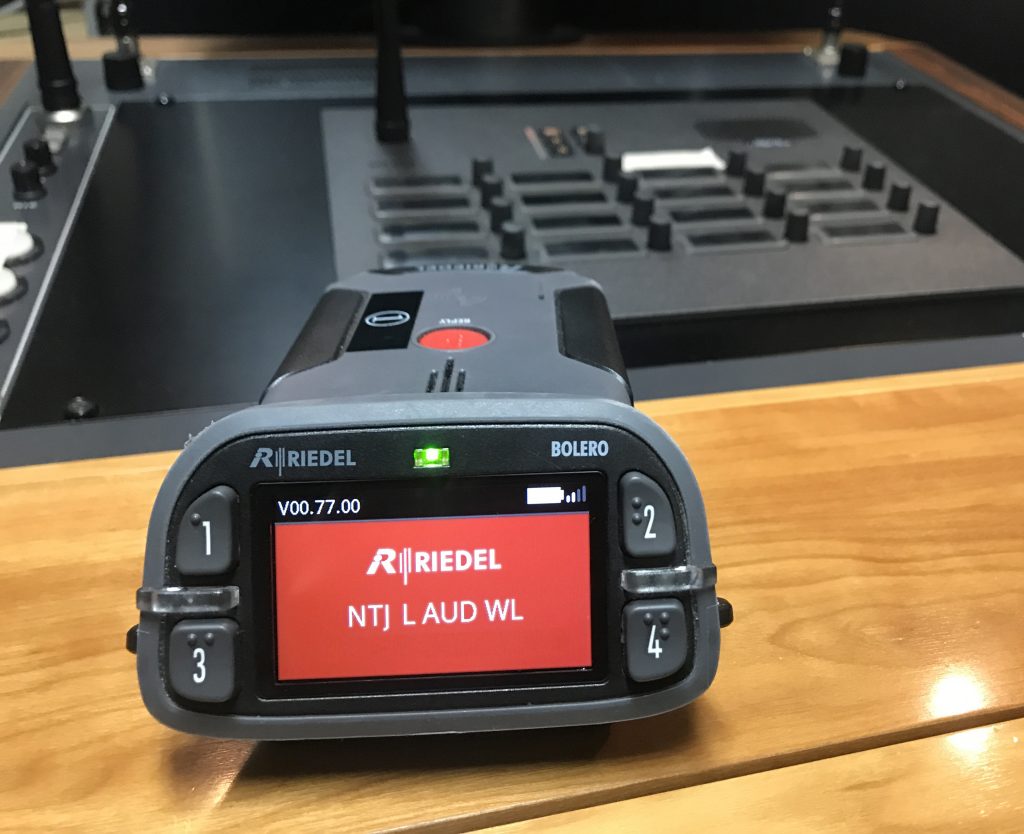 WUPPERTAL, Germany — Riedel Communications today announced that the National Theatre of Japan in Tokyo is using the Bolero wireless and Artist wired intercom systems across its two performance halls — a 1,610-seat theatre and a smaller 590-seat theatre — to enable flexible communications with crystal-clear audio quality. Staff across the theater’s technical department relies on the Riedel system to support the production of a wide range of traditional theatrical and musical performances.

“The wireless intercoms we’ve used over the past 10 years were unstable and susceptible to radio interference and noise, so we started looking for a more reliable intercom system with greater RF robustness,” said Mr. Makoto Ishii, Deputy Manager of the Theatre Technical Department at the National Theatre of Japan. “After evaluating various intercom products for ease of installation, sound quality, and stable performance, we chose to invest in Riedel’s Artist and Bolero intercom systems.”

“Since we began using the Bolero system, we have eliminated the noise and interference and used the wireless system’s flexibility to make continuous improvements to our intercom setup,” added Mr. Tatsuya Fujisawa, Sound Engineer at National Theatre of Japan. “We’ve been pleased with new options the Bolero gives us, such as using our beltpack speakers as a two-way radio when that’s a preferable alternative to using headsets.”

Two Artist systems with integrated Bolero wireless intercoms ensure reliable communications in both halls, connecting technical staff with their master control rooms (MCRs). By choosing Bolero for its wireless intercom, the theatre was able to reduce the number of antennas required, as well as the time and cost required to install them. The cost savings allowed for investment in an additional three beltpack units, for a total of 13.

Five Bolero beltpacks are dedicated to staff in each hall, and another three beltpacks are used by management staff in the MCR. Each beltpack boasts six channels, and staff working in either hall also can take advantage of point-to-point lines to “call” the MCR directly rather than rely on a phone, as they had in the past. “The team at the National Theatre of Japan is committed to using the best technology to support its live productions, and Bolero is proving to be a great fit,” said Ms. Takako Konishi, Sales Manager at Riedel Communications Japan. “We are proud that our technology plays a vital role during the theater’s renowned presentations of traditional Japanese performing arts.”

Tasked with the preservation and promotion of Japan’s classical performing arts, the National Theatre of Japan stages a wide range of performances deeply rooted in Japanese folk culture, ranging from traditional dance and dramatic performances to Buddhist chants or puppet theaters. In order to make them more accessible to contemporary audiences, these performances are gently modernized while respectfully maintaining their traditional character. By choosing a flexible and scalable solution based on Riedel’s flagship intercom systems, the National Theatre of Japan has effectively streamlined and future-proofed its production processes.