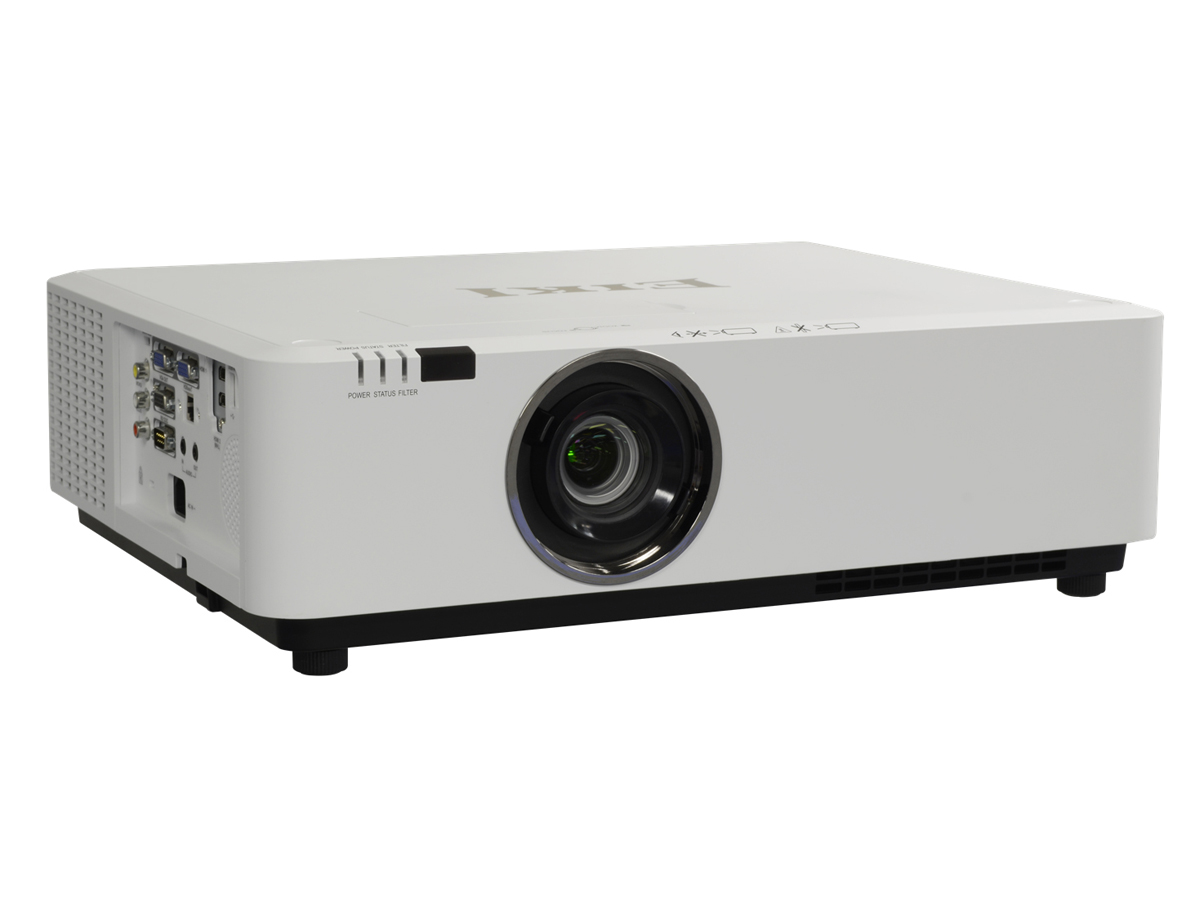 As traditional LED projection has broad light distribution that results in a considerable amount of LED light being lost, the EK-355U’s HLD technology combines multiple LEDs through a light tunnel into a very narrow beam. This results in an extremely focused and bright point source that loses no light whatsoever—effectively re-defining the limits of LED brightness.

Eiki’s new EK-355U offers a wealth of connectivity. Users will appreciate the unit’s the RJ45 connector that serves as an HDBaseT input as well as the dual HDMI ports, one of which supports MHL (Mobile High-Definition Link). There’s also two 15-pin D-Sub VGA connectors, a YPbPr (Component) input that is shared with VGA input 2, an RCA Composite Video input, and a 15-pin D-Sub S-Video input (shared with VGA input 2). Further, there are USB Type A and Micro USB ports plus a VGA monitor output. With multiple inputs, quiet operation, and an integrated 10-watt, dual loudspeaker audio playback, Eiki’s EK-355U is a must see portable projector.

Steve Rubery, Eiki’s General Manager of Sales & Marketing, commented on the company’s new EK-355U WUXGA LCD HLD LED Portable Projector, “As we roll out the 2nd generation of our HLD LCD projector, the EK-355U dramatically improves upon both performance and brightness. Customers looking for a long lasting and versatile projector should check this out as a great option. HLD has the ability to operate at higher temperatures and any orientation—providing exceptional versatility.”