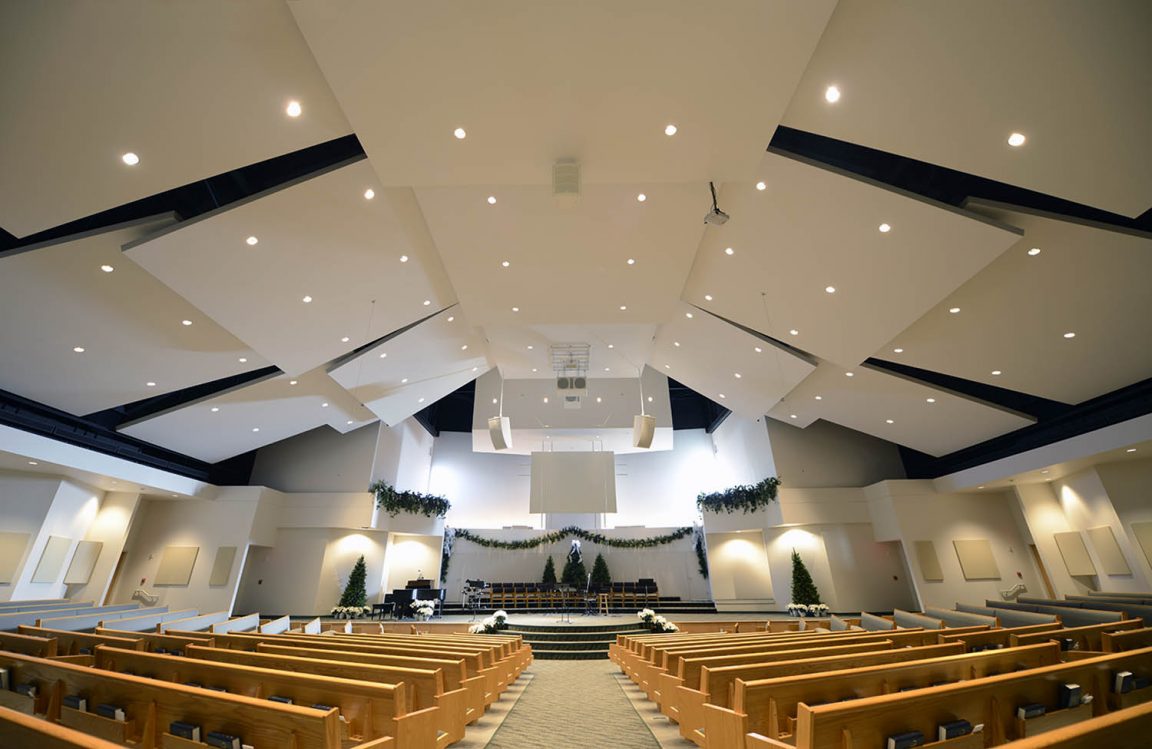 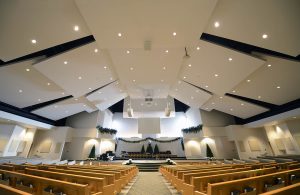 CrossRoad Baptist Church in Ames, Iowa was at a crossroads. The sound system it had relied on to deliver spirited services in its 450-seat auditorium had never possessed the kind of intelligibility the church members and staff had hoped for and age wasn’t helping matters. Originally called in with the hope that improved acoustics could do the job by itself, A/V integration firm Communication Innovators (Des Moines, Iowa) properly diagnosed the larger and deeper issues that were preventing congregants from fully immersing themselves in CrossRoad’s services. The church’s new Dante-connected digital system relies on a bank of high-value, high-reliability Ashly Audio nX-Series multi-channel amplifiers with optional Dante I/O.

“CrossRoad Baptist Church already had some acoustic treatment to deal with the reflective surfaces and they hoped they could address complaints by getting the remaining exposed surfaces covered,” explained Eric Bishop, AVLI engineer with Communication Innovators. “We analyzed their space and their existing system and found that the acoustics could be improved but there was also uneven coverage from the speakers preventing them from getting the kind of intelligibility they desired. In fact, reduced reverberation in the space may have reduced the perceived coverage of the speakers! We outlined the improvements that made logistical and financial sense given the age and capabilities of their existing equipment.”

The main element worth keeping was a relatively new Midas M32 digital console. Bishop replaced the analog snake they were using with a new Midas digital snake and he outfitted the console with a Dante expansion card. The card feeds a BSS Blu-DAN Dante bridge and BSS Blu-Link so that system processing and preset control can be run from a BSS Blu-50 processor. Dante output from the BSS system feeds the Dante inputs on the Ashly amplifiers. “When we’re dealing with a digital board, we like to keep things in the digital domain all the way to the multi-mode amps,” Bishop said. “Getting the Dante system configured via the Ashly software was straightforward and quick.”

A stereo system comprised of two PreSonus WorxAudio X5 compact line arrays cover almost all of the seats with PreSonus WorxAudio V5 and 12A loudspeakers for center down fill and balcony delay, respectively. A cardioid, end-fire configuration of PreSonus WorxAudio TL218SS and TL118SS subwoofers complete the system. With the new, full-coverage system in place, it did make sense to add a bit more acoustic treatment. Communication Innovators installed new Primacoustic absorptive panels to keep reflections to a minimum and intelligibility to a maximum.