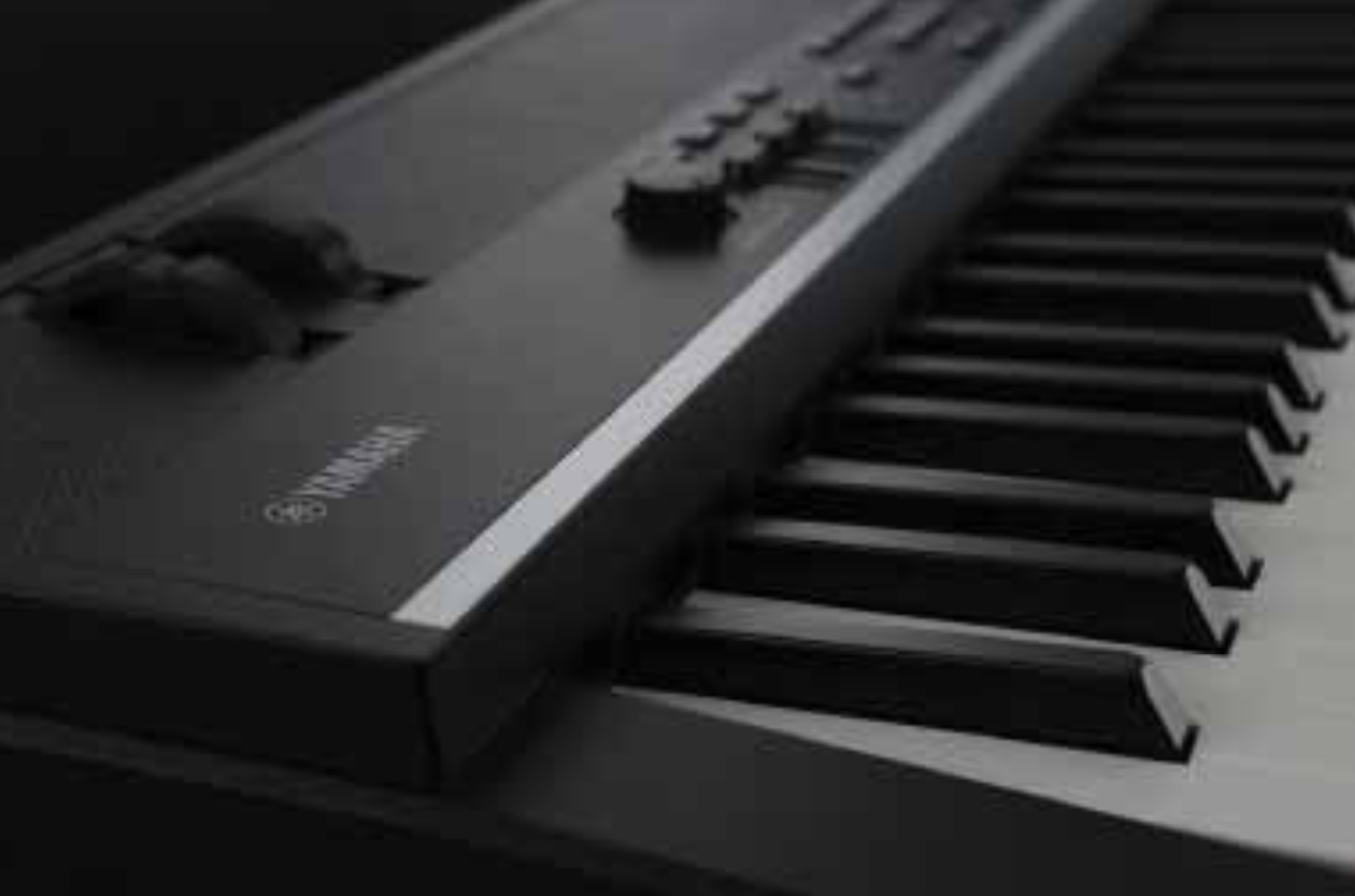 NOW Church band recently had the opportunity to use Yamaha’s CP4 keyboard both at our church and at the Live Events Pavilion at Infocomm, where we were the featured performers on the Technologies for Worship stage. The culture of worship at NOW Church is very important to us, as it’s the music which tends to be the initial draw to bringing people to our church. Therefore, it’s very important to us that our music sounds good and our band remains on the cutting edge. Our team likes to do things musically that are sometimes difﬁcult to pull off, and in order to get the sound we need we have to have quality instruments. I may see a top 40 song performed on television or take a current hit from secular radio, remix it and our band can pull it off on a Sunday! Take last Easter for example. We took a popular song with a dark and negative message, “Take Me To Church” by Hozier, totally rewrote the lyrics to ﬁt our theme for Easter and our band nailed it! NOW is a multi-generational, multi-cultural church, and the music we play reﬂects that – on any given Sunday, we offer a variety of music, from Gospel to rock to hip-hop to traditional hymns – and having the right instrumentation plays a big role in allowing us to accommodate the worship needs of as many different people as possible. The main piano keyboard is one of the foundation pieces for our music. We also incorporate bass guitar, two aux. keyboards, two electric guitars, two acoustics, a drummer, a percussionist and six front liners and the lead singer into the mix to create an atmosphere of worship that can truly impact our congregants. With the Yamaha CP4, there were two things I noticed and appreciated right away: touch sensitivity of the keys, and the weight of the board.

I have a baby grand at my house, and the key response of the CP4 was comparable to that of my baby grand. All thanks to it’s 88 note Graded Hammer Wooden Key action with Synthetic Ivory tops, the true feeling of playing a real baby grand. Not only that, the sound is the best I’ve ever heard from a keyboard. The keyboard itself is light weight, so it’s easily moved around, which makes it ideal not only for our main worship, but also in the studio, or taking it home to practice. It is very user friendly, but we needed to ﬁgure out how to tweak it before we could use it. Once we ﬁgured out that it had a four band EQ that needed to be EQ’d properly before we could get the sound that we wanted, there was no looking back. We were pretty much able to use it right out of the box! The split sounds/layers for the keyboard are very accessible, and the piano strings easily had the best sound. The layers allowed me to combine sounds, using the standard piano and layering strings on top, so that it sounds like multiple instruments are being played. 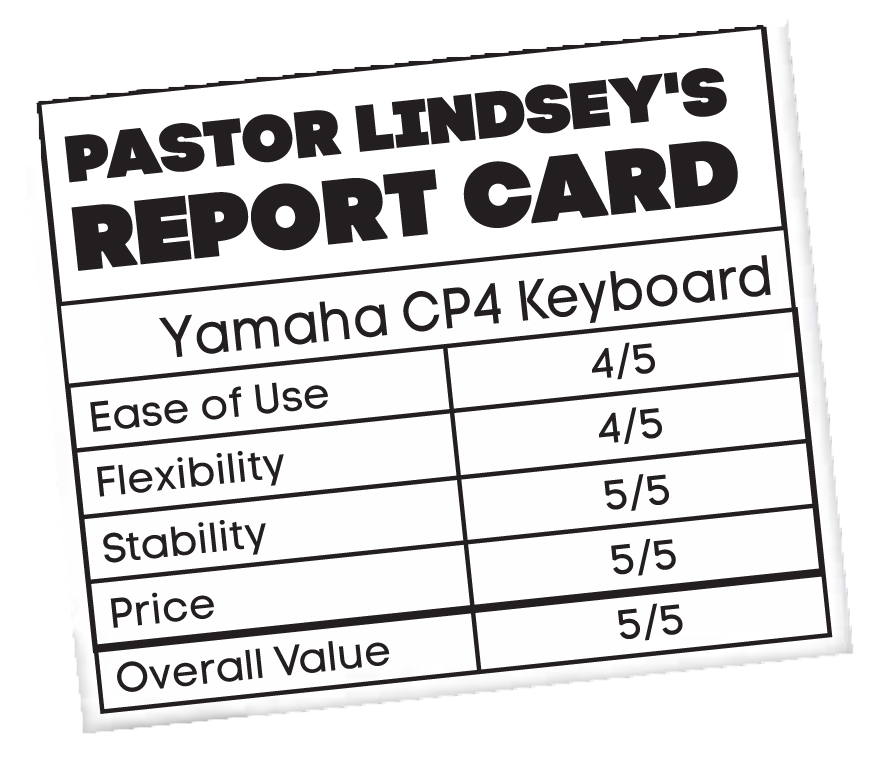 The Yamaha CP4 also comes with a sustain pedal, which is very similar to an actual piano pedal. The pedal itself has a rugged enough design that it will last without having to worry about the pressure being used to make it work; in other words, you can put it through the paces without having to worry about it breaking mid-performance, unlike some other keyboard pedals available that just can’t handle the strain. One of our other favorite features was the stereo XLR outputs, so no need for a direct box. We use three keyboards during worship, and the Yamaha CP4 was our primary worship keyboard for the several weeks we had it in our possession. I also enjoyed taking it into the studio and recording a new original song we’ve been working on. Hands-down it has the best feel and truest sounding piano of any keyboard we’ve ever used. If you or your church are looking for the best stage piano on the market today, look no further than the CP4 by Yamaha. We were honored to put it to the test and I highly recommend it!