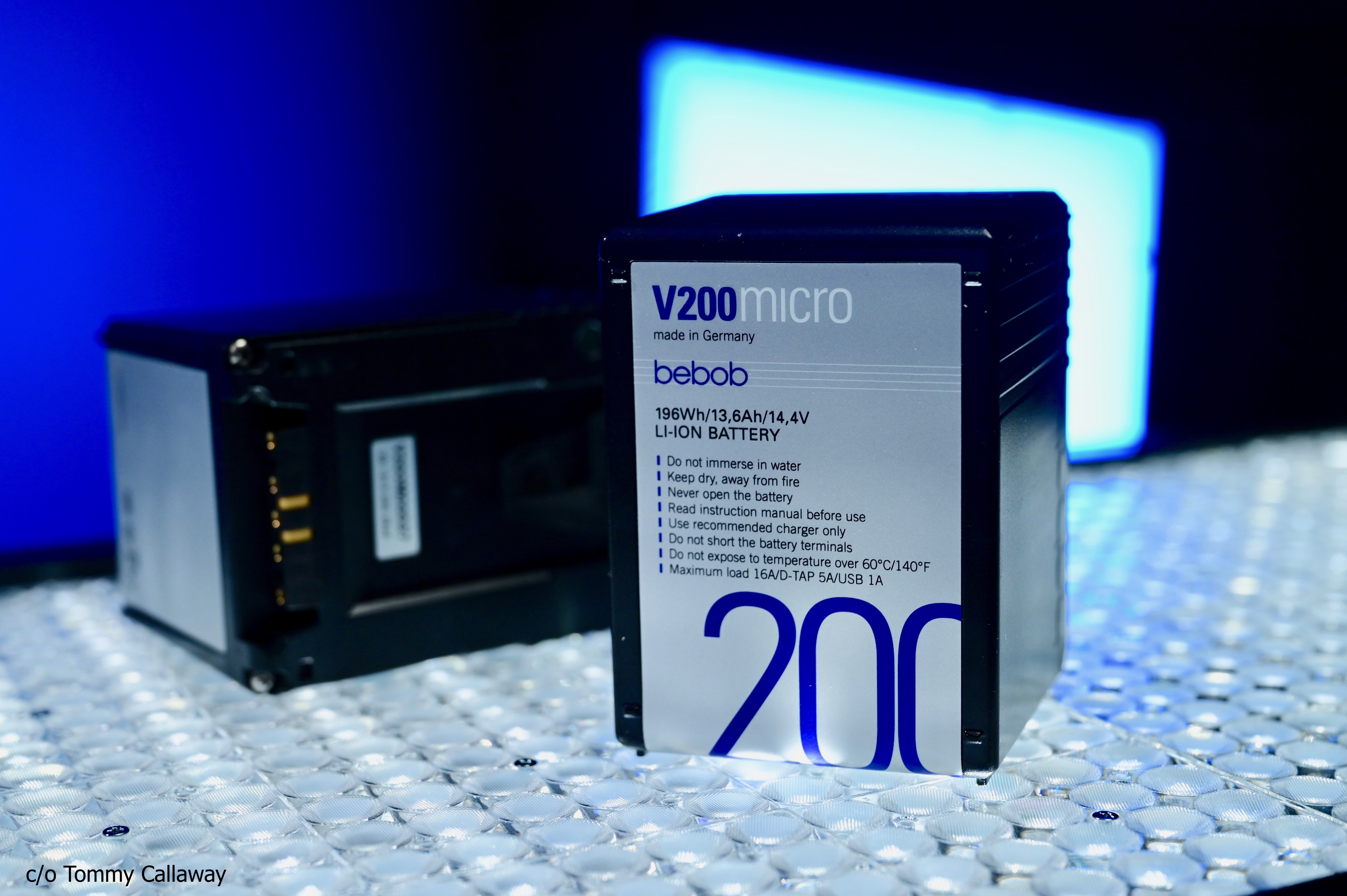 In line with the industry trend toward lighter and more powerful devices, Munich-based battery manufacturer bebob presents its new  and A200micro battery packs. Available as V-Mount (V200micro) and Gold Mount compatible (A200micro) versions, both feature 196 Wh and 14,4 V (16,0 A maximum discharge current) — combined with the lowest footprint in its class.

The bebob V200micro and A200micro Lithium-ion packs only measure 75 x 101 x 81mm – that’s about two thirds of traditional 200 Wh batteries. But even better: The new “micro monsters” are equipped with a lot of smart and unique bebob features, making the work-life on-set smoother and easier: An integrated LED flashlight can be activated at the touch of a button to light up dark settings. The rainproof “Twist D-Tap” output allows to plug a D-Tap connector into the battery with free choice of cable trailing from the left or right. To power accessories, atop each Vmicro and Amicro is a USB port (5,0 V; max.1,0 A) with a sliding cover to keep the elements out.

On the side of each battery there is a five-step, colorful LED power remaining indicator (100% – 80% – 60% – 40% – 20%) that monitors battery life. They also conveniently support through-the-finder power data protocol from ARRI, RED and Sony cameras. Below the power gauge is a push-button to wake-up the battery, check the power status or to activate the built-in LED flashlight. Engineered and handcrafted in Germany to the highest specifications, all bebob batteries feature rugged composite housings. Clever detail: Their housings are stackable to enable hassle-free transport on-set.

Another unique bebob feature: The cells of all bebob batteries can be exchanged and re-celled, once their capacity becomes insufficient after years of use. Together with premium built-quality and highest security standards, this underlines bebob’s approach to manufacture extremely durable accessories that will last for years.