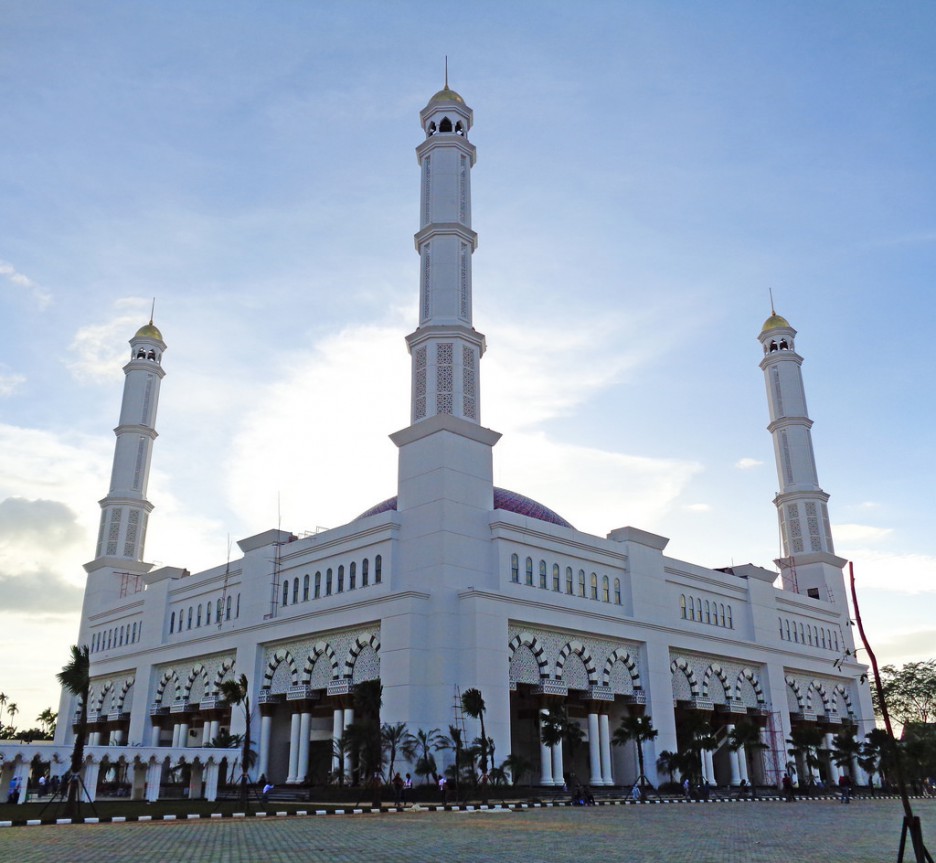 Befitting a country that has the largest Muslim population in the world, Indonesia is home to an extensive network of mosques both old and new. In one of the latest additions to the country’s worship community, the Masjid Raya Pontianak mosque in Pontianak, west of Kalimantan, was officially opened by President Joko Widodo in January 2015 – and among its many features is an impressively high-end audio installation.

Jakarta-based AV supplier and installer PT Gracia Auvindo was enlisted to ensure that prayers and meetings in the new facility could be heard as clearly as possible. As a long-term Symetrix system user, PT Gracia Auvindo director Adi Widjaya was aware that one of their DSPs would provide the simple yet robust audio processing and distribution required throughout the 3,600 sqm site.

“We created a four-zone section in the salat (prayer) area as well as one zone for the minaret, and the Symetrix Jupiter 8 fixed-architecture DSP was invaluable in helping us to achieve seamless time alignment between each area,” says Widjaya. “Meanwhile, the selection of an ARC-2e Adaptive Remote Control wall-panel enables the user to have straightforward control of basic parameters – such as switch on/off and gain control – for each zone.”

Endorsing the Symetrix Jupiter 8 for its “very flexible programming capability”, Widjaya describes the processor as “a fantastic asset” during the short, three-month turnaround timescale for the project — he asserts that the app-based nature of Jupiter, where users can download pre-designed DSP configurations from the Symetrix website, was a major benefit. Alongside the Jupiter 8, Widjaya specified a panoply of other high-end audio equipment, including Audix wireless microphones, more than 30 dB Technologies loudspeakers, and a Midas Venice mixing console.

The installation was completed shortly before the January visit by President Widodo, and feedback from mosque visitors since then has been highly positive. “Definitely a large part of that success is down to the Symetrix DSP,” confirms Widjaya. “We knew from previous projects that the Jupiter 8 would provide the right blend of routing capability, flexibility and robustness – and that has proven to be the case. The Symetrix products lend themselves to so many different types of project, so there’s no doubt that they will be finding their way into more of our installations in the future.”