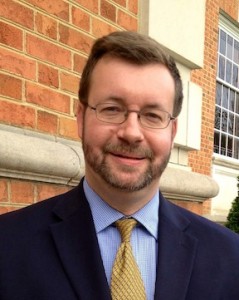 Our newest author, Tim Siglin, has a twenty-year history in design and implementing technology systems for both the corporate and houses of worship markets. He serves as chairman of Braintrust Digital, Inc., a media production company, as well as co-founder of the consulting firm, Transitions, Inc.Tim Siglin

Siglin has written white papers for a number of product manufacturers and contributed articles to a variety of publications, including Streaming Media magazine, EventDV, AV Technology and Extron’s new AVSD journal. But he says his real passion is hands-on design for complex problems faced by those who need to do great things with a limited budget.

“I help solve problems in two ways,” said Siglin, “depending on whether I’m engaged with an end-user or a product manufacturer. I’m either acting as a liaison between a service or product provider’s business and technical teams, or I spend time verifying technology claims for an end-user project. Doing both helps shape the consulting, keeps me honest, and lets us identify trends that others may miss.”

“In the houses of worship market, there are a few key areas that need to be addressed, with one of the emerging areas being streaming,” said Siglin. “With a start in video production and videoconferencing twenty years ago, and more than a decade in streaming media, I’m comfortable helping a client transition from simple image magnification (IMAG) to full-blown multi-campus and external streaming.”

One recent project that stands out, says Siglin, is a high-quality HD streaming solution for two churches that merged together.

“We needed a way to have one minister be in two places twice each Sunday,” said Siglin. “So we designed a system that allowed the minister to speak from either church campus, giving the tech team three choices for displaying the minister’s sermon at the remote campus.”

The first option—if the music teams at each location coordinated their worship segment before the sermon—was a live stream at 6 Mbps.

“The likelihood of this coordinated ending to the worship segment occurring was fairly slim,” said Siglin, “so the second option was to time-shift the sermon’s start at the remote campus by a set period of time. As long as the remote campus started sermon playback at least one minute later than the originating campus, we were able to pull off a seamless ‘live’ experience at the remote campus.”

The third option proved a bit tricky, at least initially, as the time-shifted design wasn’t set up to allow the remote campus to end its worship segment before the originating campus. Then a suggestion, which came from the lead IT volunteer, solved the problem—at least for the second service.

“The minister gave the same sermon at both the traditional and contemporary services,” said Siglin, “with the only distinction being a change from a suit to a more casual wardrobe. Once we realized this, we were able to provide an archived version of the day’s first sermon to be played at any point during the second service, as long as the congregation didn’t mind seeing the minister ‘dressed down’ for the occasion.”

The resulting solution—presented to the media team as a three-button choice for playback at the remote campus— was really a business solution, since it allows the church to easily scale beyond two campuses.

Often, Siglin says, corporate clients try to solve the technical problem without addressing the underlying business problem. But the need to understand both the business and technical needs are crucial even in houses of worship.

“When we’re asked to look at a technical solution,” he says, “the first thing we ask to the potential client to do is to define the business problem. Once we know what business problem needs to be solved—in the language of business or ministry—then we can help the client decipher the business problem in technical terms. Often that requires translating between the two groups, switching between my business and technical backgrounds, so that the business people have a trusted source to convert techspeak back into the language of business (deadlines, deliverables, budgets and potential trade-offs between one decision and another) while also making sure that the technical issues raised by the tech team are clearly understood.”

Tim Siglin wrote the NewTek TriCaster 455 review in this issue. Watch for more of his articles in upcoming issues.