Technologies for Worship’s 2nd Annual How-To issue will be released shortly – in the meantime, here’s just a taste of what you can expect…

by Rush Beesley
It’s widely accepted that digital technology has eclipsed analog functionality at all levels of television production and playback. A “tapeless” operations infrastructure not only eliminates maintenance and associated media costs of VCRs; it also allows you to streamline your operations workflow by using digital file creation, transfer, storage and retrieval in television production, post-production and scheduled file playback (automation).

End-to-End Production and Playback
Your goal should be to establish an end-to-end file based workflow and reduce dependence on extra personnel. This starts at the production level, where a typical model includes two or more cameras, a video switcher and an audio mixer in your house of worship.

Using PTZ Cameras
The first consideration in enhancing productivity and reliability is to migrate to a model that incorporates the use of Pan/Tilt/Zoom (PTZ) cameras that support user-defined presets to quickly go to the desired shots. This technique, generally referred to as shot blocking, lets you identify recurring shots such as “Pastor CU, “Pastor MS,” “Sopranos WS,” “Organist CU,” where CU, MS, and WS represent Close Up, Medium Shot, and Wide Shot, respectively.

It’s best to use software-based camera control which provides the ability to name, save and display each preset using an appropriate label. This method is preferred over hardware controllers that use numbered buttons to select cameras and presets associated with each camera.

Using this approach, a single operator using two or three PTZ cameras can capture a service without the need for camera operators, with the added benefit of generating production quality that matches or exceeds that of a multi-camera production truck. The production system should also be able to support the creation of a linear playlist that contains scripture overlays, lyrics, song titles, full-screen graphics, and video clips in the order they’re scheduled to occur during a service.

You should also consider production systems with integrated switchers, character generators, encoders and streaming capability that are good candidates for houses of worship. The VDESK and REMO Integrated PTZ Production Systems from RUSHWORKS are designed to support single operator production, recording and streaming of services. These touch screen systems provide a unique user interface that uses picture icons (picons) representing an unlimited number of presets. Just touch a screen picon and the camera automatically takes the shot.

Digital Encoding
The output of the switcher – whether analog or SDI – should be captured to a digital format that’s appropriate for live content display and delivery, as well as for post-production and the creation of files for copying to USB devices, DVDs, and for uploading to a stream hosting provider. Generally speaking, there are two compressed digital file formats that should be considered for high-resolution application.

MPEG-2 has been the compressed digital video format of choice for years and is still in use on DVD, Blu-ray, and digital broadcast. Recently MPEG-4 (H.264) has become more ubiquitous, quickly overtaking MPEG-2 in popularity due to the significantly smaller files created when capturing, encoding and transmitting. Also known as AVC, this format supports multiple resolutions including standard definition (480i) and high definition (720p, 1080i, 1080p) video. AVCHD 1080i is available on most AVCHD camcorders.

MPEG files of various ‘flavors’ are still used for DVD recording. The DVD burning process creates VOB (Video Object) files, which are actually MPEG-2 files. In fact, you can copy VOB files from DVDs, rename them with a descriptive title, and change the extension from .VOB to .MPG and play them on many industry-standard video servers.

If you’re going to edit your captured content before burning them to a DVD or copying them to a digital file server, you can use almost any high-quality codec for recording. Most codecs are supported by non-linear editing systems from Apple, AVID, Adobe, Sony, etc. Once the project is completed, you’ll then convert the final output to the format of choice for your intended distribution.

For video streaming, the industry has also shifted towards H.264 for both live and Video on Demand (VOD). This can be encoded as Flash (FLV) or native MP4, and streamed to a server which is capable of delivering the stream to many types of devices such as Android, iOS, Roku, PC, and Mac.

Content Distribution Determines the File Format(s)
If you want to stream your service live you will need a CDN (Content Distribution Network) and a good internet connection. Your upstream bandwidth will determine the maximum video quality you can stream. Encode your video stream using the specifications your CDN has provided. It’s also advantageous to encode as H.264 and upload the files to a VOD service such as YouTube, VIMEO, or dozens more.

If you plan to utilize a video server to broadcast your unedited files, it’s most efficient to encode the switcher output to MPEG-2 or H.264 (MP4). This can be done with simple real-time capture cards and USB devices from a number of manufacturers, and with dedicated encoders from several broadcast system providers. You can then copy the files over your local network to a playback server, or use File Transfer Protocol (FTP) to send the recording of the service over the Internet to a remote server location.

Summary
Maximize your productivity and efficiency by adopting an end-to-end, file-based production, editing and automation workflow that reduces dependence on both mechanical hardware and support personnel … from the service to the server.

Check out Rushwork’s YouTube Channel – full of great training videos for your video and broadcast team. 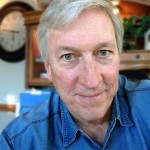 Rush Beesley is president of RUSHWORKS, www.RUSHWORKS.tv, which he founded in 2000. Having been a creator of – and participant in – a broad range of production and automation technology solutions, his ‘mongrel pedigree’ is uniquely suited for the company’s branding as a provider of integrated media solutions. He was founder and President of Sundance Productions, Sundance Technology Group, the Acme Cartoon Company (digital animation) and Sundance Digital.  Follow Rushworks on Twitter @RUSHWORKS101 and like them on Facebook.