Church of the Highlands Relies on Canon Cameras 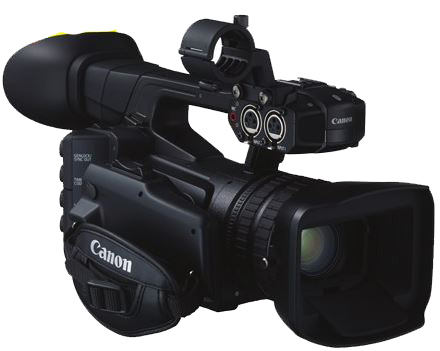 At Church of the Highlands, we broadcast from our Grants Mill campus to 15 other campuses every weekend, plus our online campus as well. We have a great group of volunteers who pull o­ this amazing feat every week, so having gear that is so user friendly and can be used by someone who might not have any prior experience in broadcast is crucial.

The XF series cameras are great for our broadcast ministry because of the variety of options within the line itself, from the smaller 105s right up to the larger 305s. They are easy for our volunteers to learn; they’re able to get through training within just a few sessions and start serving on Sundays with hands-on experience on the camera. ‑e color out of the box is great; vibrant and bright; and there are so many options in the menu to choose from as well that we can adjust to, even without using an RCP, there are still lots of choices. Another great feature of these cameras is that they do have B-and C-style terminals that will allow you to run Genlock, which is great if your switcher does not off­er that capability.

In total, we have twelve Canon cameras in the XF series; eight XF 305s, three XF 205s and one XF 105. Our Canon XF 105 is used during student worship as a roaming camera on stage; we also use it for other things around the campus – for example, during production and worship team workshops to show training on screen. The XF 205s are also used as a roaming camera onstage to get shots of drums, keys, and electric guitars. The XF 305s are used for our weekly student services, at the Tuscaloosa and Auburn campuses, which are home to the University of Alabama and Auburn University. At those services, students are using the cameras on tripods and as roaming cameras for IMAG. 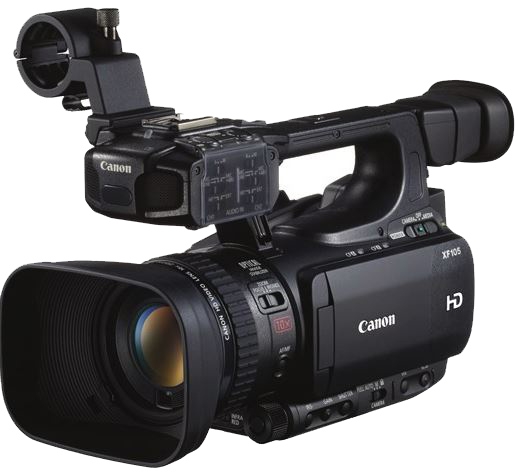 One area where we excel is our transitions from shot to shot; from video packages and full screen graphics to people on stage; we make sure that everything looks excellent. We currently use five cameras at our broadcast ministry, including a Canon XF 205 on a Dana dolly. The Dana Dolly is set up on rollerblade-type wheels with the dolly sitting on the track. ‑e height can be adjusted, and we tend to set it high so we can get interesting shots from a higher angle that would show hands rose. We have the camera set up in the middle of our sanctuary, house right; and it provides a nice contrast to our jib, which is on the opposite side of the room. We also have three broadcast cameras on camera platforms throughout the sanctuary.

­The 105 is very small and great for getting unique shots in tight places, like drums and keyboards, and the 205s and 305s are great in low lights and do great in those environments. ­The 305s is a bit larger than the other two, and the more robust build makes it more durable for our students that are using them week in and week out.

When we use the cameras for student services, we use the Canon RC-V100 remote controller (RCPs) with the XF 305s, and it functions just like a normal RCP would, allowing us to white balance, adjust color and gain, have full access to all of the menus on the cameras, etc. ­They also provide the ability to zoom, focus and control iris, and start and stop recordings, as well as adjust the video during live filming and post-production, if needed. ­This is super beneficial for us, as it allows our camera volunteers to just worry about shot framing and selection, without having to worry about anything else.

­The Canon XF series has been a great addition to our arsenal of cameras here at Church of the Highlands. We love having a line of cameras that give us the ability to use them in so many different areas throughout the organization. From roaming and dolly cameras during our worship experience to workshops for our worship team to show detailed trainings on how to use specific gear, we can always rely on the XF series to fit a plethora of needs. 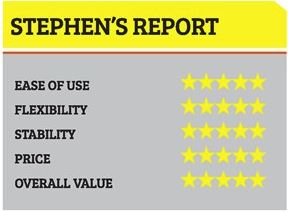 Another great benefit to the XF series is the standard in which Canon has for their products. We always know that when we plug them in before a service, they will not only work, but will provide a nice, crisp, vibrant image. We have been beyond happy with the Canon XF series of cameras and are excited to see how else we can use them at Church of the Highlands.