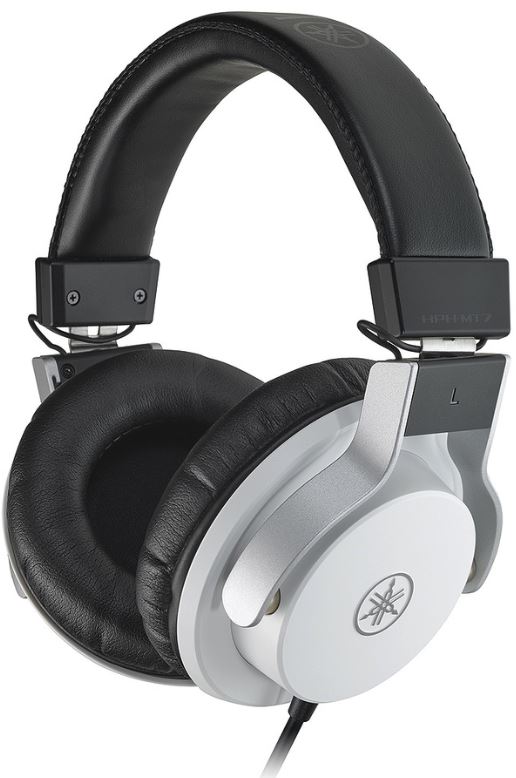 If you’ve ever spent time in a recording studio, you may have noticed a certain pair of speakers that have long-been an industry standard. I’m talking about the Yamaha NS-10M studio monitor speakers. Known for their ­ at response and their ability to deliver superior audio performance, the NS10s are a favourite among audio professionals around the world. Inspired by their NS-10’s, Yamaha recently launched a new line of headphones, called the MT-Series. These headphones produce ­ at, high-resolution sound with precise stereo imaging to faithfully reproduce source signals. They also provide a high level of isolation and comfort to ward off fatigue during marathon monitoring sessions, either in the studio or on the road.

We recently received a package from our good friends over at Yamaha Corporation of America. Inside were 3 sets of headphones from the new MT-Series: one HPH-MT5, one HPH-MT7 and one HPH-MT8. Timing could not have been more perfect for us at NOW Church, because we were just beginning Easter preparation and rehearsals, and were able to put these headphones though the gauntlet. First in the studio, our worship pastor, Lindsey Seals, used them while recording practice tracks and background vocals for our Easter stems. Then on-stage, I gave them to our lead keyboard player, Dakota Gardner. We purposely opened the headphones one model at-a-time with several days in-between, giving us a chance to get to know the features and establish a baseline for individual model-performance. 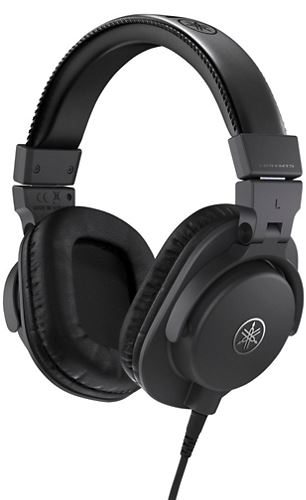 The MT7 was first to be released in 2016, followed by the recent addition of the MT5 & MT8 in early 2017. They use CCAW voice coils, along with powerful neodymium magnets to achieve precise definition. MT5s have a frequency response of 20Hz – 20kHz, MT7s have a range of 15 Hz-25 kHz, and 15 Hz-28 kHz for the MT8s. They feature a closed back for comfort ability, sweat-resistant headband for durability, large ear pads made from smooth synthetic leather, and low-resistance cushions absorb excess vibrations and reduce sound leakage. The MT7s and MT8s each ship with a detachable straight 3-meter cord and coiled 1.5-meter cable. The MT5s and MT7s are also available in white, and have an MSRP of $169 and $299 respectively. The MT8 has an MSRP of $329.

MT5 Headphones -Out of the box, it seemed like the low-end EQ was boosted a bit, resulting in the mid-range feeling thin at times. Overall output volume was decent in a studio environment, but on-stage Dakota struggled to get the audio levels needed during live performance, resulting in some clipping and distortion. Having the two cable options was a nice feature especially for a live performance, as many sets of headphones don’t give enough cable length to plugin to a personal monitor mixer. I would say this model is a good entry-level headphone that performs better in a studio environment than for a live performance. ­e average consumer would be happy listening to music on these cans, and they do a decent job for vocals in many cases or a to have on-hand for a simple reference headphone; but musicians or audio professionals may not be as happy with the overall performance of the MT5.

MT7 Headphones – A significant step-up from the MT5. ­e tone across the board was much more balanced, which makes them a good choice for DJs, musicians, and audio professionals alike. ­They offer more head room on the overall output level, and performed well in a live environment. Playing keys for NOW Church, Dakota uses a lot of different synth sounds that are all over the EQ spectrum. It was nice to be able to hear the full range coming from these drivers. Compared to the MT5’s, you could especially hear improvement in the highs, as they were crisp and clean. In the studio, Pastor Lindsey was able to record bass and drums, and they really held their own on the low end as well. 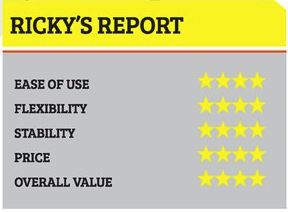 MT8 Headphones – By far the best pair of headphones we’ve ever heard from Yamaha, quickly becoming our new favorite. Perfect for both studio and live environments. Th­e most warm-sounding of the series. We pushed them pretty hard on-stage and they sounded great. Well-balanced sound right out of the box. Very responsive to the full range of EQ, where Dakota could hear all of the nuances of his synth patches. Even boosting the lows from his synth bass did not overdrive them. ­They were also the most comfortable of the series, and seemed to hug your ears. Larger ear cups helped block out background noise and provided a more isolated feel. Wearing them gives you a confidence that you could play any instrument or listen to any style of music-without losing audio integrity. ­at pure, at tone is key to delivering the best mix in the studio, and the MT8s truly shine. It’s the first pair of headphones we honestly felt comfortable mixing on, where in the past we only trusted our studio monitors.

Overall the MT-Series offers something for everyone, and the features, performance, and clarity improves with each model.

RICKY IS A 2-TIME EMMY® AWARD-WINNER WITH OVER 15 YEARS IN BROADCAST TELEVISION AND CORPORATE BRANDING, AND STARTED HIS FATHER’S TELEVISION MINISTRY AT NOW CHURCH IN ORLANDO, FL.