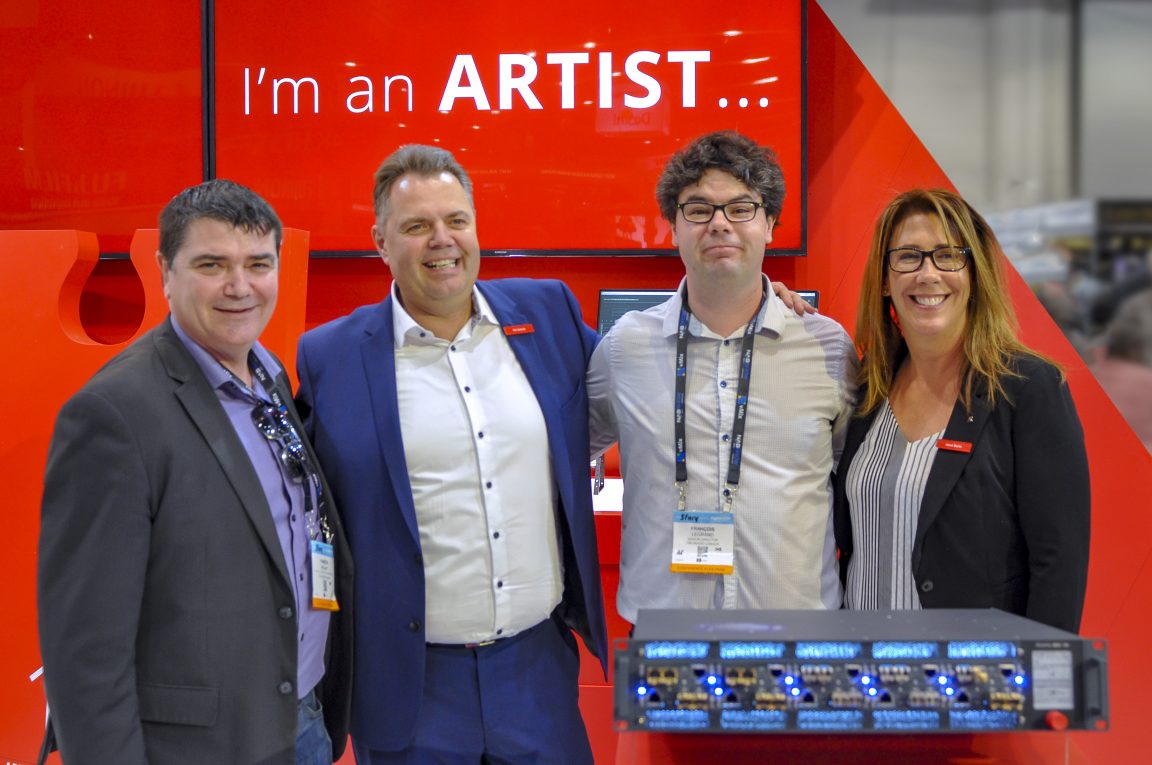 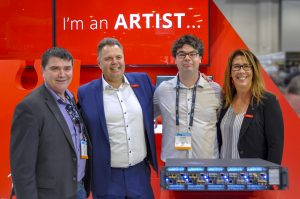 WUPPERTAL, Germany and MONTREAL — May 2, 2019 — Riedel Communications today announced that CBC/Radio-Canada will implement a large communications backbone for its new, state-of-the-art headquarters in Montreal, centered on the standards-based Artist and Bolero wired and wireless intercom systems. The sale, which was a result of a competitive process that included several months of comprehensive trials and discussions, will be one of the largest Artist installs in North America when completed later this year.

Due to open in 2020, Montreal’s Maison de Radio-Canada (MRC) broadcast center will be a creative hub for the city’s digital and artistic communities. The new MRC will be the epitome of a 21st-century public broadcaster — modern, multiplatform, and increasingly digital. CBC/Radio-Canada had mandated that its new communication infrastructure be entirely IP-based, utilizing the established SMPTE ST 2110-30/31 and NMOS IS-04/05/07 standards to create a future-proof communications environment.

“The combination of cutting-edge technology, modern user interfaces and panels, and commitment for open specifications and standards from AMWA and SMPTE will give our creative people a very powerful and fully integrated intercom system,” said François Legrand, Senior Director, Core Systems Engineering at CBC/Radio-Canada.

“CBC/Radio-Canada will be one of the first customers to take delivery on the newest software-defined node in the Artist family, the Artist-1024,” said Rik Hoerée, Director of Sales Americas & Europe, Riedel Communications. “With its extensive IP capabilities, high port density, and multiple redundancy schemes, our new Artist node really is a perfect fit for large networked installations like the Maison de Radio-Canada.”

“Providing 1024 nonblocking ports in just a 2-RU frame size, Artist-1024 utilizes software-definable Universal Interface Cards (UIC) that combine networking, mixing, and management all on one card. A card can be configured to act as a SMPTE ST 2110-30/31 or MADI subscriber card, or as an Artist fiber/router/processor card. Changing the connectivity type is as easy as reconfiguring the UIC with the click of a button in the Director configuration software. A flexible licensing structure will allow MRC users to easily scale up their port count as needed, all within Director.

Bolero, the AES67-based wireless intercom system that seamlessly integrates with Artist to create a fully unified wireless communications environment, has been selected for all wireless communications in the new facilities. Bolero is a six-channel, 1.9 gigahertz system that incorporates Riedel’s patented Advanced DECT Receiver (ADR) technology to successfully deal with the harsh RF environments that can create troublesome multipath reflections.

Over 250 Riedel 1200 Series SmartPanels, first introduced to the market at the 2018 NAB Show, will be installed in the new CBC facilities. The SmartPanels are ST 2110-30/31-native and offer a flexible, app-based user interface for intercom, high-quality audio monitoring and integration of third-party control systems via the new SmartPanel Control Panel App, significantly optimizing rack space and reducing costs.

“This sale is the culmination of many months of collaboration between CBC/Radio-Canada and our Riedel teams both here and in Europe,” said Joyce Bente, President of Riedel Communications North America. “We are thrilled to be selected as the intercom technology partner for this groundbreaking project and look forward to accompanying CBC/Radio-Canada during their transition to IP workflows.”