This year, the first AVnu-certified AVB (Audio Video Bridging) equipment was announced and now a new generation of networked audio and video devices is being introduced and deployed in houses of worship. The new gear, and more importantly the interconnecting network, offers important benefits for church installations – ranging from small, single room applications to large multi-room installations. This equipment promises flexible deployment, simple management and true multi-vendor interoperability, making facility upgrades easier than ever before.

The AVnu Alliance and AVB – A Brief Primer

AVB is a set of Ethernet-based open networking standards that provides a superior method for transmitting A/V content with greater flexibility, reliability, and lower latency compared to other legacy or proprietary solutions. AVB replaces both the physical complexity of cables and the network complexity of these other approaches, while providing key advantages that meet the rigorous application requirements of professional A/V installations.

To best understand AVB, it is useful to compare the characteristics of classic A/V distribution and networked A/V distribution. Audio and video (A/V) equipment connections historically have been analog, one-way, single-purpose and point-to-point (see Figure 1). This connection model resulted in large numbers of various cables and connections, which was not only challenging for A/V installers but also for future upgrades or troubleshooting. 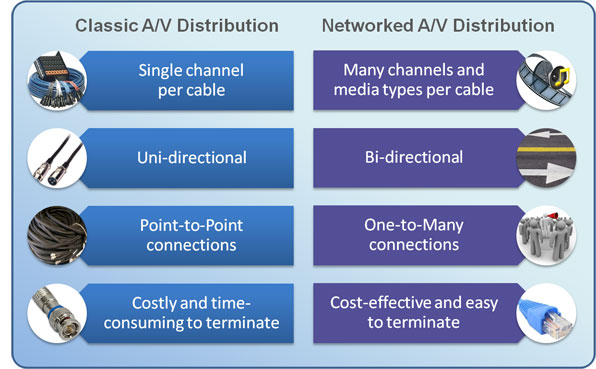 Networked A/V distribution can present solutions for each of these problems. With an AVB network:

Obviously networked A/V distribution has many advantages; however, special considerations must be taken when the network carries time-sensitive data such as audio and video streams and automation control. Transmitting this data on previous networking technologies required a high degree of skill with the various protocols. Before AVB, only the largest facilities routinely deployed networked systems because of the daunting technical expertise required to maintain the network for optimal A/V support. (For more information, see this previous TFWM article online: https://tfwm.com/piece-by-piece-a-study-of-digital-audio-protocols/.

To address these challenges, AVB was built-into Ethernet networking to solve major technical and performance issues such as real-time synchronization, latency and reliability. AVB is the next generation of Ethernet and other compatible media, such as wireless LAN. It is the common name for the set of technical standards developed by the IEEE 802.1 Audio Video Bridging Task Group.AVB standards add capabilities to the Ethernet network providing three major enhancements:

This year, the first AVnu-certified AVB equipment has been introduced, and sets the stage for this new generation of networked A/V solutions. These product introductions have been monumental in that certification is essential to ensure interoperability between each piece of equipment on the network. Certification is vital to ensuring products from different manufacturers are interoperable as it provides in-depth validation of products against established standards and thus provides the best experience for installers and users.

The central element to an Ethernet network is the bridge or switch device, and Extreme Networks’ AVB Summit X440 Series is now AVnu-certified. The Summit X440 Series (Figure 2) is a stackable switch that extends the benefits of the ExtremeXOS® operating system to intelligent, affordable, edge switching for professional audio/video applications, where data, audio and video co-exist on the AVB network. Depending on the size and complexity of the installation, many houses of worship may need this type of device as a core part of their A/V network. 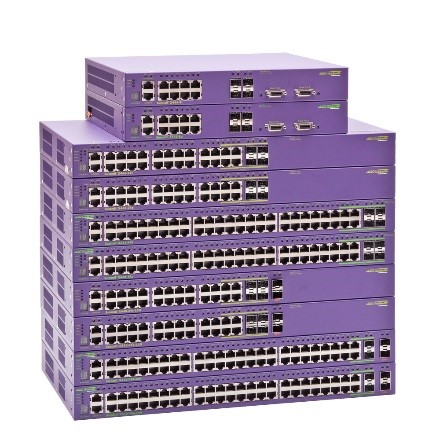 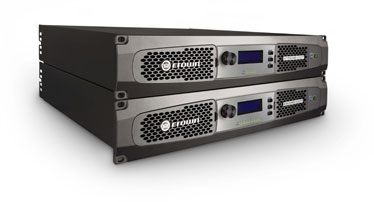 AVB Installations for Houses of Worship

As audio and video manufacturers begin certifying their products for AVB interoperability, it is clear that there will be many benefits for church facilities whether large or small. House of worship facilities range from small, one-room sanctuaries, to large, multi-site campuses with full-featured broadcast and streaming capabilities. For many facilities, audio and video sources must be captured, mixed and possibly streamed or broadcast to other on-site rooms or remote campuses.

Two significant benefits for all houses of worship are the interoperability and scalability of AVB networks, which provide facilities with the ability to design and budget for the currently needed equipment, while knowing that additional gear can easily be added to the network as production needs change or the church grows.

For example, a smaller installation may initially only require an audio system capable of mixing microphones, band instruments, and audio feeds from computers or other equipment. Depending on the size of the band and personal monitoring requirements, the system solution may range from less than eight outputs to over two dozen outputs to provide monitor mixes to the band in addition to the normal PA and recording feeds.

A scalable solution for this type of installation is the Avid S3L System (Figure 4). The Avid S3L is the first console in the world to be designed from the ground up utilizing AVB as its audio transfer protocol. The system is made up of an S3 control surface, an E3 engine, up to four Stage 16 remote I/O boxes, and an optional computer running Pro Tools to deliver industry-leading recording and playback functionality. All equipment is interconnected with Ethernet Cat5e cables transmitting audio data via AVB.

A fully expanded S3L system provides 64 inputs and 48 outputs on stage, 8 analog inputs and outputs locally at the mix position, 8 digital inputs and outputs also locally, and 64 tracks of record and playback all connected via an Ethernet AVB network and available to be processed by the E3 engine. In addition to this, all of the system control data and metadata messages from the S3 control surface and VENUE software are being transferred over the same Ethernet cable as the audio. As a point of comparison, if the system was replicated using analog connections, it would need to use more than 270 XLR cables! 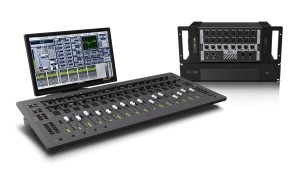 Of course quite often larger facilities not only require audio production, but also video production, with many of the same quality and reliability requirements of professional level broadcast studios. Some churches have a comprehensive array of equipment, including:

In large systems, there are numerous benefits to using an AVB infrastructure. In addition to the performance benefits (accurate time synchronization and minimal latency), AVB offers a greatly increased bandwidth to support new high resolution video, and provides predictable and reliable delivery of live uncompressed video over the same Ethernet network, meaning that facilities have drastically reduced cabling – and cost.

Of course not all churches will install the highest level of equipment, and therefore the scalability of AVB allows the installation to be built-out in parallel with the growth of the facility.

Tip of the Iceberg for Future Productions

The influx of AVnu-certified equipment to the market is just the tip of the iceberg for houses of worship. Facility managers and tech directors will not only appreciate the greatly simplified infrastructure, but creative directors and worship leaders may discover even more ways to utilize the network.

In the near future, churches may be able to quickly build productions that are tightly synced beyond the campus-wide streaming of audio and video programming, such that the key production elements including microphone muting/unmuting, track playback, video wall content delivery and scene-advance triggering may all be interconnected and locked-in over a common network interconnect.