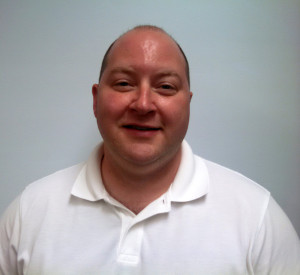 Joseph Electronics (JE), the premier one-stop shop for the broadcast industry and provider of fiber termination and custom fiber solutions through Joseph Fiber Solutions (JFS), today announced that Bo Reames has joined the company as a sales engineer in the Southeast region of the United States. Reames will support customers throughout the region, including the Turner/CNN organization in Atlanta.

“Bo has both an engineering and a sales background, so he brings a combination of technical aptitude and client service skills that will benefit our company and our customers,” said Yohay Hahamy, president and CEO of Joseph Electronics. “As a design engineer, Bo understands well the broadcast systems and signal flows our customers deal with every day. He will apply that deep understanding in his relationships with clients to help them build the most effective, efficient operations possible.”

Reames has nearly 20 years’ experience in the broadcast and A/V industries and brings technical, creative, relationship-building, project management, and sales skills to his role at Joseph Electronics. Most recently he served as director of operations for Backporch Broadcast, which he expanded from strictly broadcast repair services to a complete video engineering firm, offering sales, design, integration, and service to clients in the broadcast, sports, education, house of worship, and corporate markets. During his tenure, Backporch Broadcast grew from a company with three employees and annual revenue of $400,000 to seven employees generating more than $2.5 million annually, with a client base that went from 400 to 4,200 accounts. Before that, he spent seven years at Crawford Communications, where he served as master control operator, liaison with Latin American pay-TV networks, and eventually supervisor of network operations for 24 cable television networks including Discovery Channel, The Learning Channel, Travel Channel, Fox, CMT, HGTV, and MGM. Reames holds a bachelor’s degree in mass communication from Auburn University, where he majored in radio, television, and film, with a concentration in art and design.

Reames is based in Jefferson, Georgia, and reports to John Cleary, senior vice president at Joseph Electronics.

Further information about Joseph Electronics and the company’s products and services is available at www.josephelectronics.com.