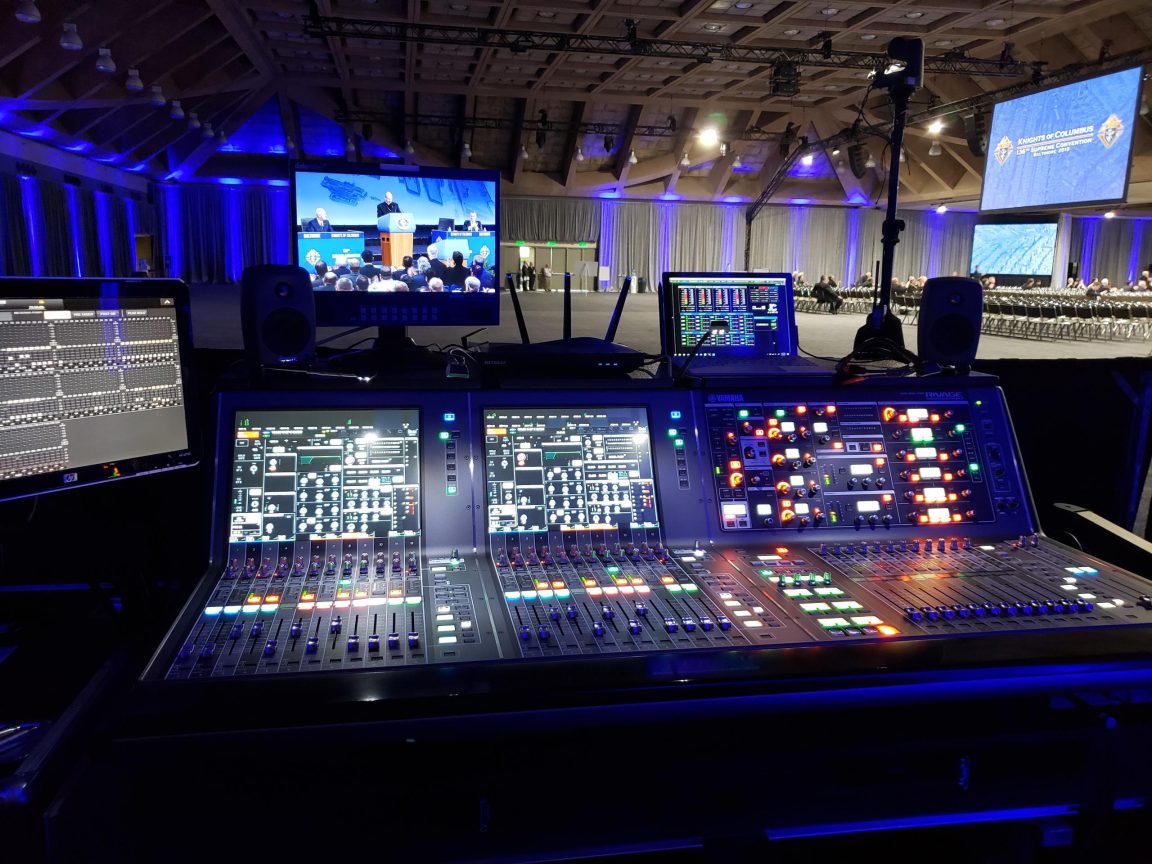 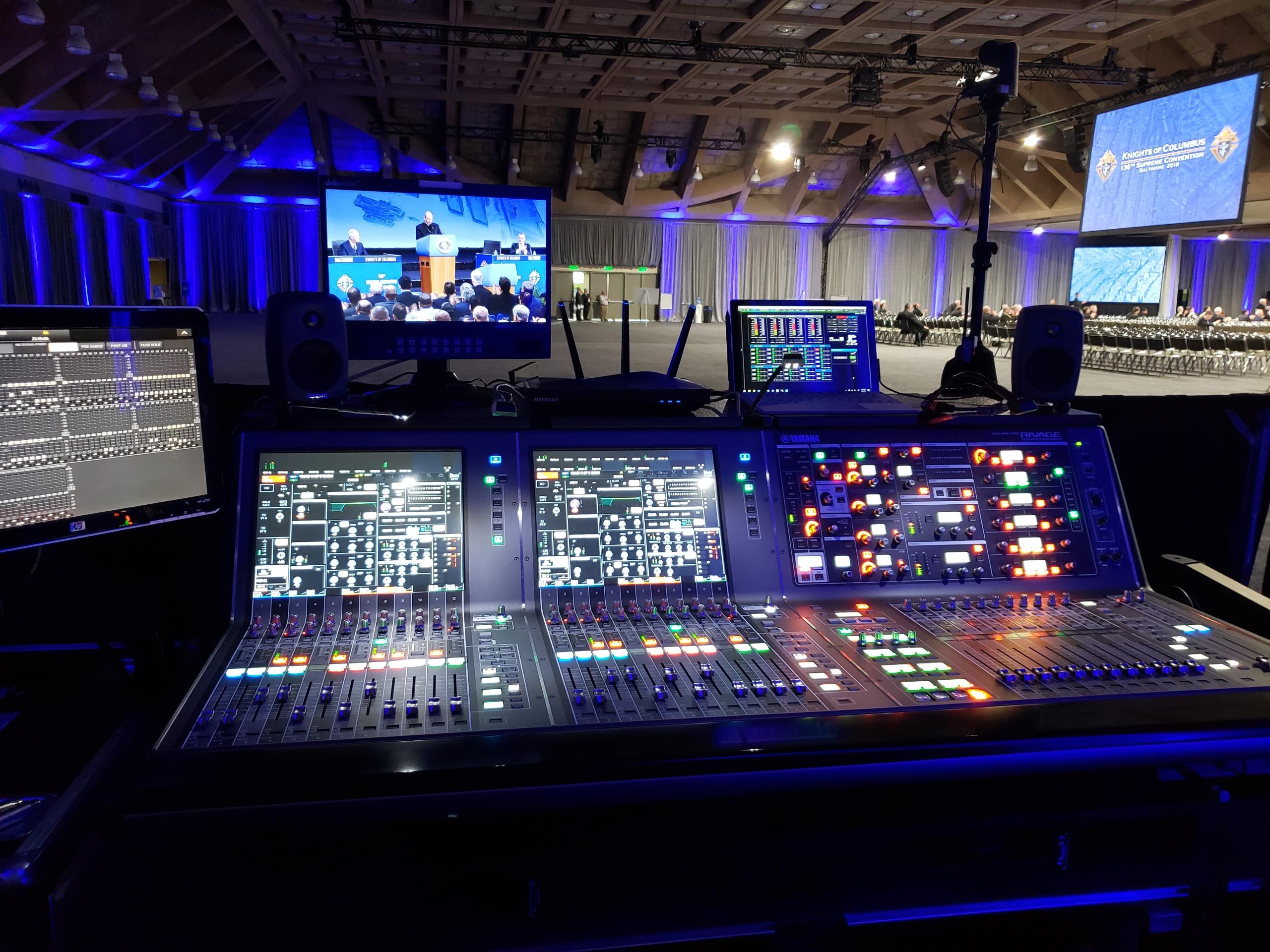 The 136th Knights of Columbus Supreme Convention was held in early August in Baltimore, Maryland at the Baltimore Convention Center. With over 2,200 Cardinals, Archbishops, and Bishops in attendance, the agenda included daily mass, business sessions, followed by state dinners, and an awards ceremony.

“We chose the Yamaha RIVAGE PM7 because of the channel count and workflow,” states Dan Lamphier, Project Manager, CMI AV. “The Knights of Columbus Supreme Convention is a very diverse production. In one day, we go from a mass service to business, and end with a dinner program. The high channel count and versatility helped streamline the workflow at front of house as well, creating a cleaner shared split with the production recording mix-down split.The console has a simplified set-up, and the Neve plug-ins are game changers for the quality and simplicity of our work-flow. We have been using the CL Series consoles and enjoy the workflow as well as the dependability of Yamaha. The PM7 system was purchased especially for this event and will be utilized on similar-sized events that CMI AV will support throughout the year.” A Dante split

cascaded to the CL5 and CL1 was used for the live via satellite video broadcast to Catholic media outlets around North America and the world.

“I really like that the DSP is built into the desk,” adds John Baiocco, Audio Engineer, CMI AV. “It helped us achieve a simpler, cleaner front of house position without sacrificing processing. We also utilized the built-in Rupert Neve Designs RN5045 on the lectern microphones as well as the PZM microphone pair on the alter for mass, making the audio warmer and removing some of the large hall sound.”

Baiocco said they used a total of eight Rio stage boxes strategically placed around the venue (four for the stage, two for the choir/band, one at front of house, and one for the video production area). “The ability to add Dante devices makes it easier for us to adapt to changing input needs as well as minimizing the amount of cable to run.”

For more information on the Yamaha RIVAGE PM7, visit www.yamahaca.com.