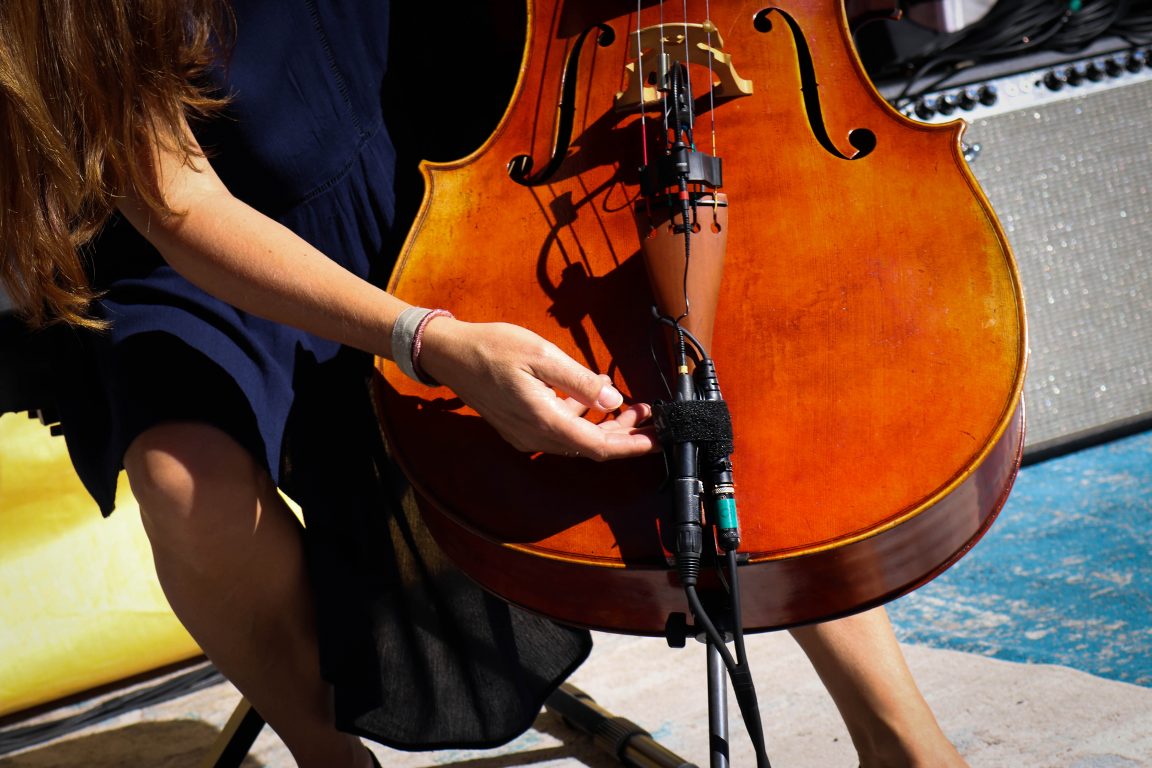 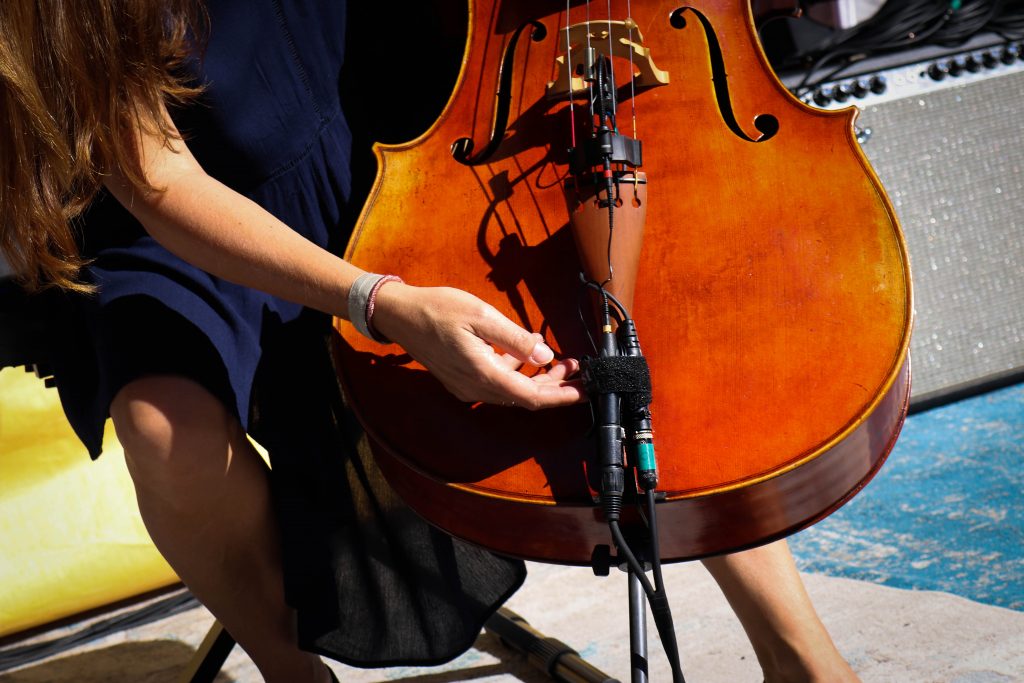 LOS ANGELES– As an accomplished singer-songwriter and multi-instrumentalist, Mai Bloomfield has spent the past five years touring with GRAMMY award-winner Jason Mraz as part of his 10-piece band. As one of the only members of the band playing a fretless instrument (cello) on stage, Bloomfield is presented with a variety of unique sound challenges. On a quest to improve her stage experience, Bloomfield found success with the d:vote™ CORE 4099 Instrument Microphone from DPA Microphones.

Bloomfield had heard of DPA from friends and colleagues and had a brief encounter with the mic during a live television performance for Sara Bareilles, but her personal introduction to DPA really began at last year’s NAMM convention. After speaking with the DPA team, Bloomfield tried the d:vote CORE 4099 and was so excited over the results, she decided to use it on tour.

“Having played cello live with Jason (Mraz) for the past five years, I’ve always gone direct to pickup,” says Bloomfield. “I sing in the band and have to focus on blending with up to five other vocalists as well as all of the other instruments on stage. I need to hear a lot of subtlety and tonal distinction in my monitor mix. With the direct cello pickup, I’d always have to pull out so much low end in order to hear the cello intonation against all the other voices and instruments. The cello tone really suffered in my monitors. Going back out on the road with the d:vote CORE 4099, I was finally able to bring that natural sound back. It captured the richness and presence of the cello with so much clarity and balance. When I blended that with my direct pickup, it gave us so much more to work with. I was also able to turn my monitors down for a more comfortable and authentic on-stage listening experience. What a relief! It enhanced the front of house sound of the cello as well.”

Ettore (ET) Dedivitiis, Jason Mraz’s director of production and FOH, echoed Bloomfield’s thoughts. “Usually plugging an instrument in takes away from it, but you have no choice in a live situation,” says Dedivitiis. “Playing in front of 10- to 15,000 people, simply having a microphone in front of an instrument isn’t going to cut it. When Mai told me about wanting to try the DPA d:vote CORE 4099 mic, I was excited. It’s worked out really well. It’s very clean and it makes the cello sound more open and real. From the first note, it sounded great. It sounds warm and natural, the way a cello should sound.”

In addition to hearing her instrument sound exactly like it should, Bloomfield also has a lot more confidence on how the sound is being delivered to the audience. “Using DPA, you hear more of the bow texture and more of the natural air of the instrument,” says Bloomfield. “The

cello is designed to project acoustically, so to achieve that natural sound in a live setting with 10 other amplified band members is great. During a concert, I’m positioned right next to several high-volume guitar amps, a bass cab, and a drum kit. There is so much sound on stage and for that little DPA mic to be able to focus its pickup on just the cello is a miracle. The compact d:vote CORE 4099 is really beautiful, powerful and easy to work with.”

Dedivitiis also appreciates the d:vote CORE 4099’s reliability. “The mic stays in position and doesn’t bounce around with your movement. So, wherever we place it, it stays, which is great. It has worked well on the road and we’ve never had any problems with it. All in all, the d:vote CORE 4099 is a great microphone.”

In addition, Dedivitiis and Bloomfield both point out that DPA’s customer service is always quick to respond. “No matter the situation, the DPA team always takes the time to answer our questions and address our needs. We really like the d:vote CORE 4099 and plan on using it for the upcoming shows we have starting in February of next year in Europe and Asia.”