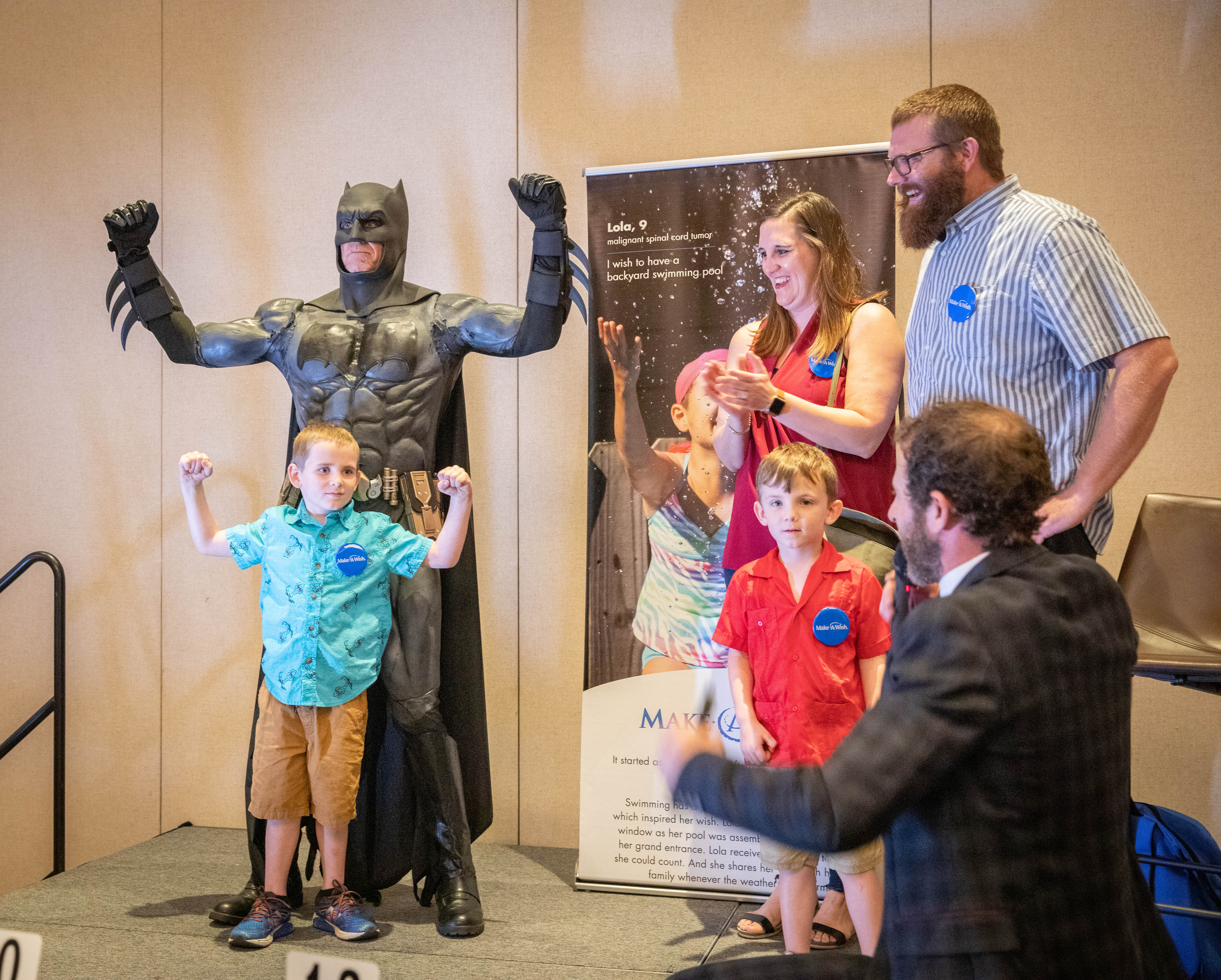 SOUTHLAKE, Texas — May 9, 2019 — ProSource, the largest audio, video, and integration buying group in the United States, proudly announced today that over $110,000 was raised by the organization for Make-A-Wish Central and South Texas during a team-building event held at the ProSource Spring Meeting last week. The unprecedented amount represents a 30% increase over the amount raised in 2018.

The ProSource event featured a superhero theme with a dozen or more costumed volunteers circulating among the crowd. The evening pitted 20 teams against each other to see who could build the best Lego creation in three categories: automotive, architecture, and aircraft.

The three first-place-winning teams earned a generous $10,000 donation in their names from ProSource to the Foundation matched by an additional $10,000 from the organization and an extra $5,000 from the board of directors.

Origin Acoustic’s Marc Fisher served as the evening’s emcee and rallied the crowd, raising a tremendous amount of the grand total. A very special guest, Wish Kid Nate and his family, along with Batman, served as the judges selecting the winner in each of the three categories. Nate’s wish to visit Disney World was made possible by Make-A-Wish Central and South Texas.

“We are so fortunate to have a company like ProSource support our mission of creating life-changing wishes to kids with critical illnesses,” said Llyas Salahud-din, Director of Development for Make-A-Wish Central and South Texas. “It was moving to witness 400 people come together to raise $110,000 in 20 minutes and when we shared Nate’s story with everyone, you could feel the emotional energy of the audience. That energy transformed into donations and awareness about the power of a wish. $110,000 will allow us to grant an additional 20 wishes, and the awareness will inform more people of our goal to grant 550 wishes by 2025 for every eligible child with a critical illness.”

“We set ourselves a goal of $110,000 this year, and we want to thank everyone for their generosity in helping us exceed the target,” said Jessica Paskon, Vice President of Finance and Operations, ProSource. “Tens of thousands of volunteers, donors, and supporters advance the Make-A-Wish vision to grant the wish of every child diagnosed with a critical illness. The overwhelming success of this team event is a reflection of the heart and passion of our organization. We believe in doing well by doing good.”