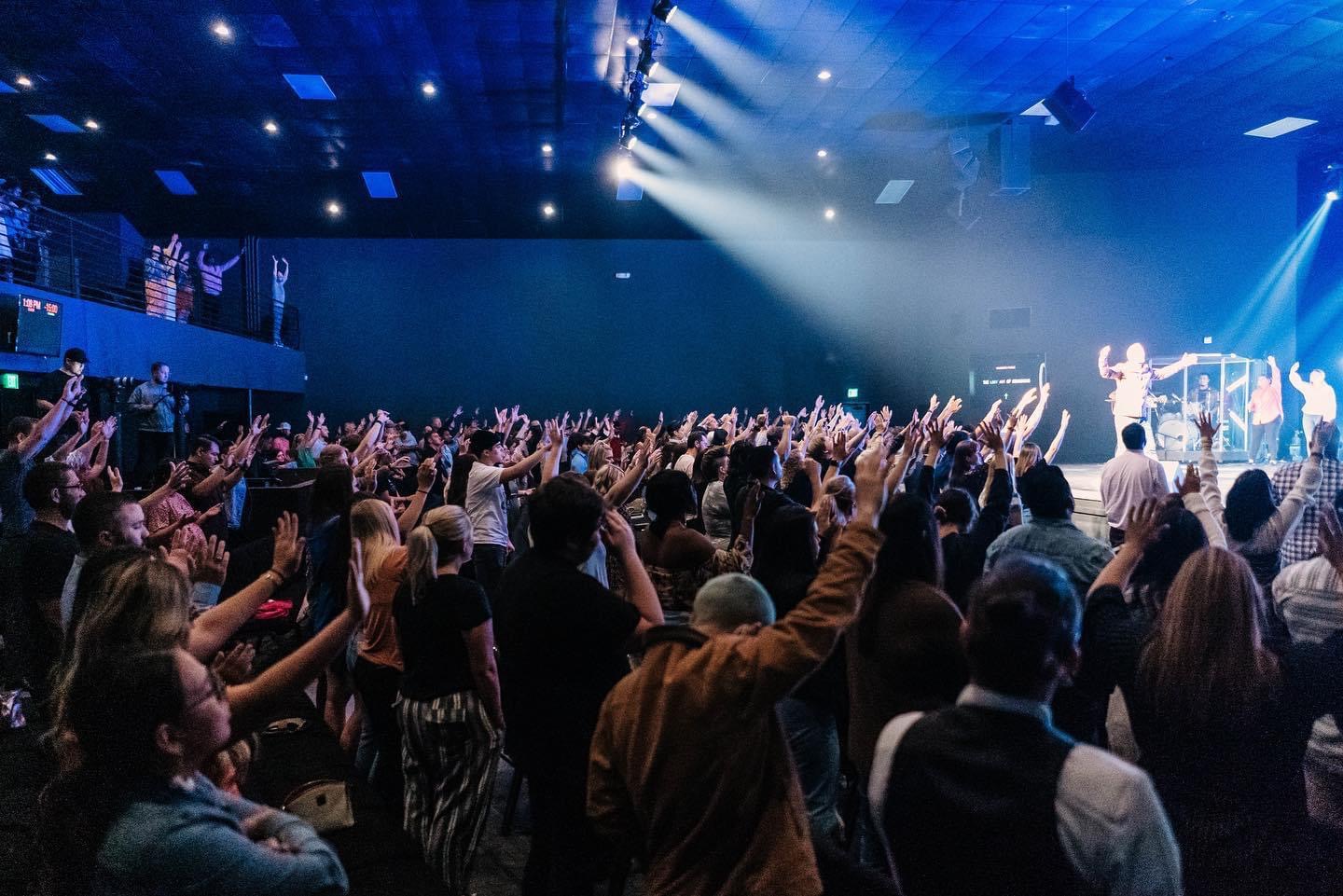 The House is a multi-campus church with locations in Modesto and San Diego, California, along with the newest location in Ft. Worth, Texas. Led by senior pastors, Micah and Lindsey Berteau, along with a high impact staff team, the church is experiencing nothing short of a supernatural move of God in all of their locations, but especially in the short time that they have been gathering in Ft. Worth. Attendance has exploded exponentially, leading to recognition of this faith community as one of the fastest growing churches in the United States in 2019.

Recently The House Ft. Worth purchased an existing 600-seat facility that had huge potential but an extremely dated look and feel and even more dated worship space. “We were first introduced to the church from another pastor in New York who we were already working with on another project,” states Nick Geiger of systems integrator Diversified who completed the system design and installation. “We met in the late winter of 2021 and to say this project was fast-tracked is an understatement. From first conversation to opening Sunday was just over 8 weeks! At the completion of their renovation of the existing facility, the building is unrecognizable from those modest beginnings…fresh, clean, and modern. As part of our scope assisting them with a great sounding worship environment, our experience with room shaping allowed us to efficiently assist with plans around a stage renovation and a balcony expansion to maximize the number of seats in the room. We created 3D models for both audio performance prediction and to assist the church’s team develop the overall room with intentionality.”

The Diversified team brought several options to the church for the new loudspeaker system but the d&b A-Series augmented array loudspeaker system quickly rose to the top due to the high expectations for the sound of the space. “We looked to d&b because of the signature sound and guttural and emotional experience that happens when you have a live band on their systems,” says Geiger, who is also Diversified’s Audio Lead for their faith-based projects such as this one. “Of course, budgets are also always a factor in every project – in this case requiring the church to balance performance needs with having just moved into a new facility and the massive renovations already underway. Lastly, timely delivery was critical due to the lighting fast turnaround that the project required.”

d&b A-Series addresses the needs of many mid-size spaces where point source loudspeakers may not provide adequate coverage or SPL, and line array solutions exceed budget or impede sightlines.  The ability to set variable splay angles and be hung as a vertical or horizontal array make A-Series quite adaptable to a wide range of spaces.

“The room was a good candidate for the A-Series in a vertical deployment because there was great trim space and it wasn’t very deep,” Geiger notes. “d&b’s ArrayCalc software gave us confidence that with three boxes per side, we could cover from front to back without extreme box to box angles and achieve an SPL drop front to back of less than 4db. Because it was important for the balcony seating to feel as great as seating on the floor level, especially in the low frequency range, we flew one d&b 21S subwoofer directly behind each array. We supplemented the flown system with 21S subwoofers under the stage and three 10S boxes as center and outfills to address small coverage gaps close to the stage.”

“The main arrays are utilizing ArrayProcessing with each A-Series loudspeaker having its own dedicated amplifier channel,” Geiger continues. “ArrayProcessing is an optional function in the system design that applies filter algorithms to optimize the tonal (spectral) and level (spatial) performance of a loudspeaker array over the audience area defined by its mechanical vertical coverage angle. This system fits inside three 30D and one 10D installation amplifier – with a channel to spare for 44S front fills that will be added later.”

“This project was a slam dunk example for how well the d&b workflow transitions from the early concepting stages of a project all the way through to the onsite commissioning,” adds Geiger. “We first modeled the room in 3D software as part of an overall room shaping and planning exercise. That model was able to import into d&b ArrayCalc where a loudspeaker system design could be generated based on the on-site measurements. Within the d&b software, the design was completed; Array Processing was simulated, amplifiers assigned, and a parts list was generated for the proposal.”

When Geiger arrived on site for the calibration of the system, he was able to open the same d&b system file in the d&b R1 remote control application and within minutes had deployed settings to the amplifiers and was controlling the system. “I put one EQ cut across the mains in the low mids to compensate for a room resonance, set some cut and CPL values on the fills, and adjusted the infra mode settings between the floor and flown subwoofers. At that point we had a final product that everyone was very happy with. The software tools really make the job on-site easy. I’ve found less is more with d&b on the PA calibration side. The church came in shortly after and played music for fun enjoying how great all of the tracks sounded, the amount of punch they had in the low end and walking around realizing there wasn’t a bad seat in the entire space.”

Because the R1 remote control software can be completely user configured as well, Geiger says it makes d&b loudspeaker systems stand out. “The custom control layout that I create for the end user allows them to open the file (it opens directly into show mode and is locked from the configuration side) and monitor / control basic functions such as mute/unmute, standby/wake up, and view headroom meters for the system without worrying about inadvertently giving them access to any controls that could get them in trouble. It’s a really great feature if you have a system that will be used by volunteers, and you don’t want to have the full file sitting next to them.”

“Our vision as production team is simply to creatively serve with excellence using our gifts to produce an atmosphere where all people can experience God free from distractions,” states Eric Bell, production director, The House Ft. Worth. “It’s very simply we want to see lives changed forever through Christ. With that in mind we take our gear and integration teams very serious because of the impact we as a production culture carry in executing the vision of our house and thank Diversified and d&b for their support, love, and willingness to be a part of the building process.”

“I’m hard pressed to name a project with a faster turnaround from first conversation to opening Sunday,” says Tim Corder, director of Diversified’s House of Worship team. “We are so excited for all of the ways God is moving through The House and their Ft Worth community. It is the highest honor partnering with culture shaping churches like this who entrust us to make wise use of their resources in creating the best of the best worship environments. The House’s future is very bright and we’re proud to be in their corner cheering them on.”