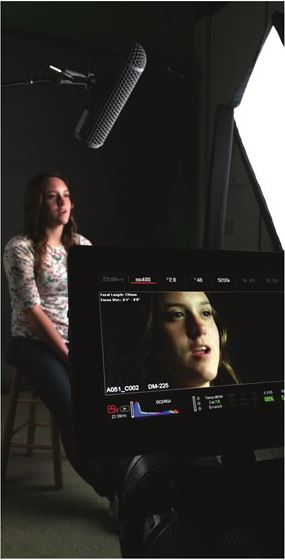 Granger Community Church was started by Mark and Sheila Beeson in 1986 with a congregation of ­five people that gathered in their living room. Today, the Northern Indiana-based church has thousands of followers spanning across two campuses in Granger and Elkhart, Indiana, as well as Monroe Circle Community Center in South Bend. Granger Community Church also has a comprehensive online presence that includes the U.S., India, Singapore, the Philippines, Canada and the U.K.

Since 2008, I have been the director of the church’s ­lm & design and I work with a video team that operates both within the in-house studio and in the ­field to produce video and news segments used during the church’s worship services and on our website. We use a wide range of Cineo Lighting products, including the Maverick™, LS™ and Matchstix to help us produce anything from story videos and news pieces, to promos and commercials. However, the centerpiece of our lighting setup is the HS™ Remote Phosphor So‑ Cineo Lighting HS™ at Granger Community Church Source.

The portability of our HS So‑ Sources is unparalleled and they are a nice so‑ light for our shoots. Afer first experiencing Cineo at the NAB show, we realized the HS would de­finitely work best for us. We had used a competitor’s lighting solution before moving to Cineo and there is no comparison; the new lights are much more powerful and we have more control over them. The quality of light and the results that I achieve with such a portable setup also really bene­fits our style of shooting. Each HS has sound engineering and is very well built.

The HS lights are a great so‑ source: they’re easy to shape, are powerful and are also extremely thin. For instance, it’s very easy to get plenty of light from them to compete with the natural light coming in from a window. This is an extremely useful feature, since we do a lot of location shooting. Besides our on-location shooting, we also work in a small on-campus studio that we are currently expanding. The HS lights work equally well in the studio. For every weekend service we shoot a news-style piece that consists of one person presenting with a seamless backdrop.

The high output paired with the low power draw is a big benefit of working with the HS. For the documentary-style videos we often show up at a person’s house or other random locations. It’s not like we have access to special electrical power. ­The fact that we can just plug them into a wall outlet anywhere we go is pretty incredible. To get the output that we want out of the HS lights using standard power sources is a big benefit. 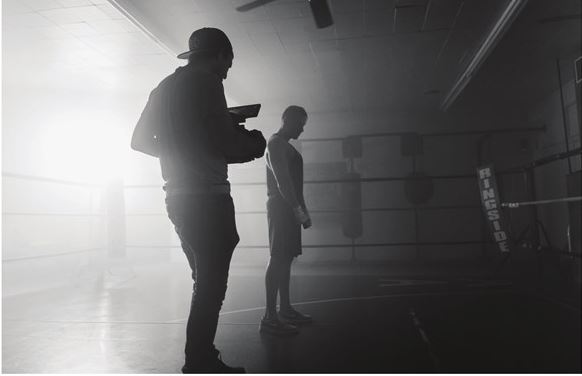 While our video team is shooting predominantly at a daylight color temperature, we appreciate how easy it is to change out the phosphor panels when needed. I would say that 95 percent of the time we’re shooting daylight, 5,600K, and we use the HS lights in tandem with natural daylight coming from nearby windows. However, we also have the 3,200K panels that we can always pop on. ­That’s another nice feature: being able to just pop in the phosphor panels so you can easily and quickly change the color temperature. In addition to how easy it is to adjust the color temperature, it is also important to us that the lights are all flicker-free. We shoot some of our work at 200-300 frames per second with our RED EPIC® cameras and the HS So Sources keep up no problem.

Finally, the ability to use a camera battery to power the Maverick and Matchstix when no local power is readily available or if the shoot requires us to stay portable is a huge advantage. We just hook up a V-lock battery and now the light is easily movable; it’s quick; and you don’t have to find an outlet. We did a video shoot last week and one person was manning the light and moving it where it was needed. ­at was nice because it kept things moving along and kept the shoot well lit at the same time. It’s really great to have something so lightweight and give a soft light without a lot of work to move it around. 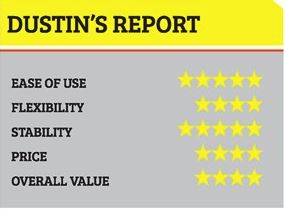 Our goal for many of our shoots is to make the lighting feel as real as possible. At the end of the day we looked at a lot of lights from a lot of companies and the Cineo Lighting products were the ones we really felt worked best for us. We liked what we saw. ­The first thing I do with any light is take a look at the quality. “Does it look good? Does it produce the sort of results that I want?” Cineo easily checks all of those boxes.

DUSTIN IS THE DIRECTOR FOR FILM AND DESIGN AT GRANGER COMMUNITY CHURCH. FOR MORE INFORMATION, PLEASE GO TO  HTTP:/GCCWIRED.COM