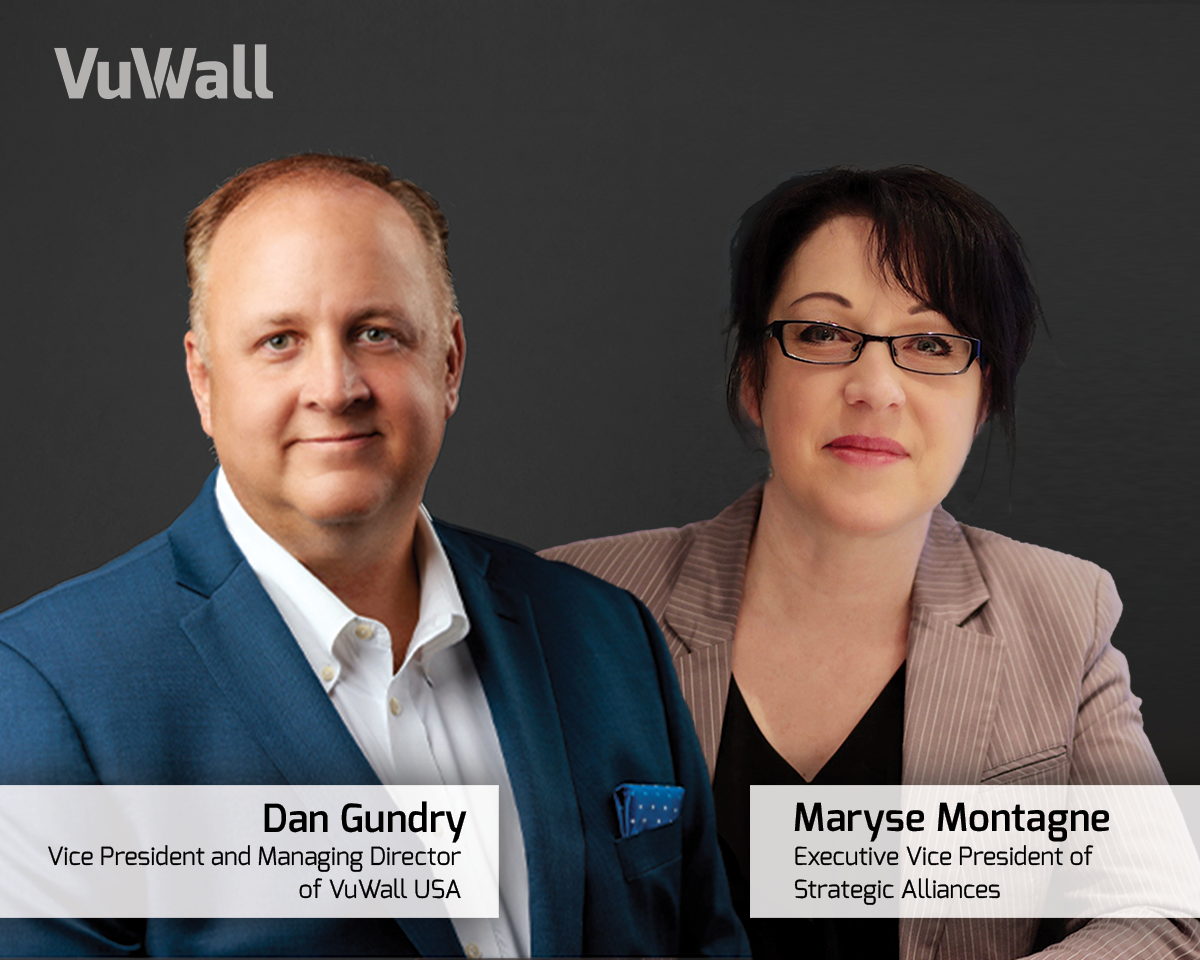 VuWall, a technology leader in video wall control systems and unified visualization solutions, continues its growth and leadership in the industry with expansion into the United States and the appointment of key staff. As part of the company’s U.S. investment, VuWall has appointed Dan Gundry as the new vice president and managing director of VuWall USA. In addition, Maryse Montagne has been promoted from vice president of sales, North America, to executive vice president of strategic alliances.

“In the last few years, VuWall has grown significantly and gained market shares internationally and in the U.S.,” said Paul Vander Plaetse, founder and CEO at VuWall. “As American customers seek out our state-of-the-art ecosystem of video wall controllers, encoders, decoders, and software we want to ensure they have a robust regional presence that will continually serve and support them. Additionally, as more and more customers and technology partners operate globally, we strive to provide them with coordinated attention and resources. Our investment in Dan and Maryse is part of those efforts and will help accelerate the adoption of VuWall solutions.”

Gundry is a well-respected control room specialist with 20 years of experience in the audiovisual industry. He most recently led the control room solutions group of integration firm Vistacom and turned this niche group into one of the premier control room integrators in the U.S. Bringing a passion for the command-and-control market to his new role, he has a deep appreciation of VuWall’s integrator and consultant network and a track record of growth and success as a leader. Meet Gundry at GSX 2022 in VuWall’s booth 1029 in Atlanta, September 12-14.

“I am honored to join VuWall and support our partners and customers in the U.S.,” said Gundry. “VuWall is an evolutionary company made up of great talent and innovative technology. They are nimble enough to adapt quickly to market and technology changes while their customer-centric approach is unique in the U.S. market. I am excited to share their story and help build their brand. At VuWall, the future is incredibly bright!”

In the last six years, Montagne has been an instrumental sales leader, placing VuWall on the map in North America while playing a major role in VuWall’s growth by building sales processes that consider the whole customer journey, from the first contact to the final delivery. Her deep understanding of the business, technology, and global environment in which VuWall evolves as well as her ability to build strong partnerships put her in the best condition to lead the coordinated efforts to support VuWall’s global accounts and build strong synergies with the company’s technology partners. In addition to her new role, she will also continue managing the sales activities in Canada and join the board of VuWall USA.

“VuWall has paved the way for the market as the need for open, scalable video wall and visualization systems soar,” said Montagne. “I’m excited to take on this new role and feel honored to keep working alongside the incredible team at VuWall. I am looking forward to continuing the growth of our strategic alliances and partnerships worldwide while supporting our rapid expansion.”

More information on VuWall and its full line of solutions is available at www.vuwall.com.