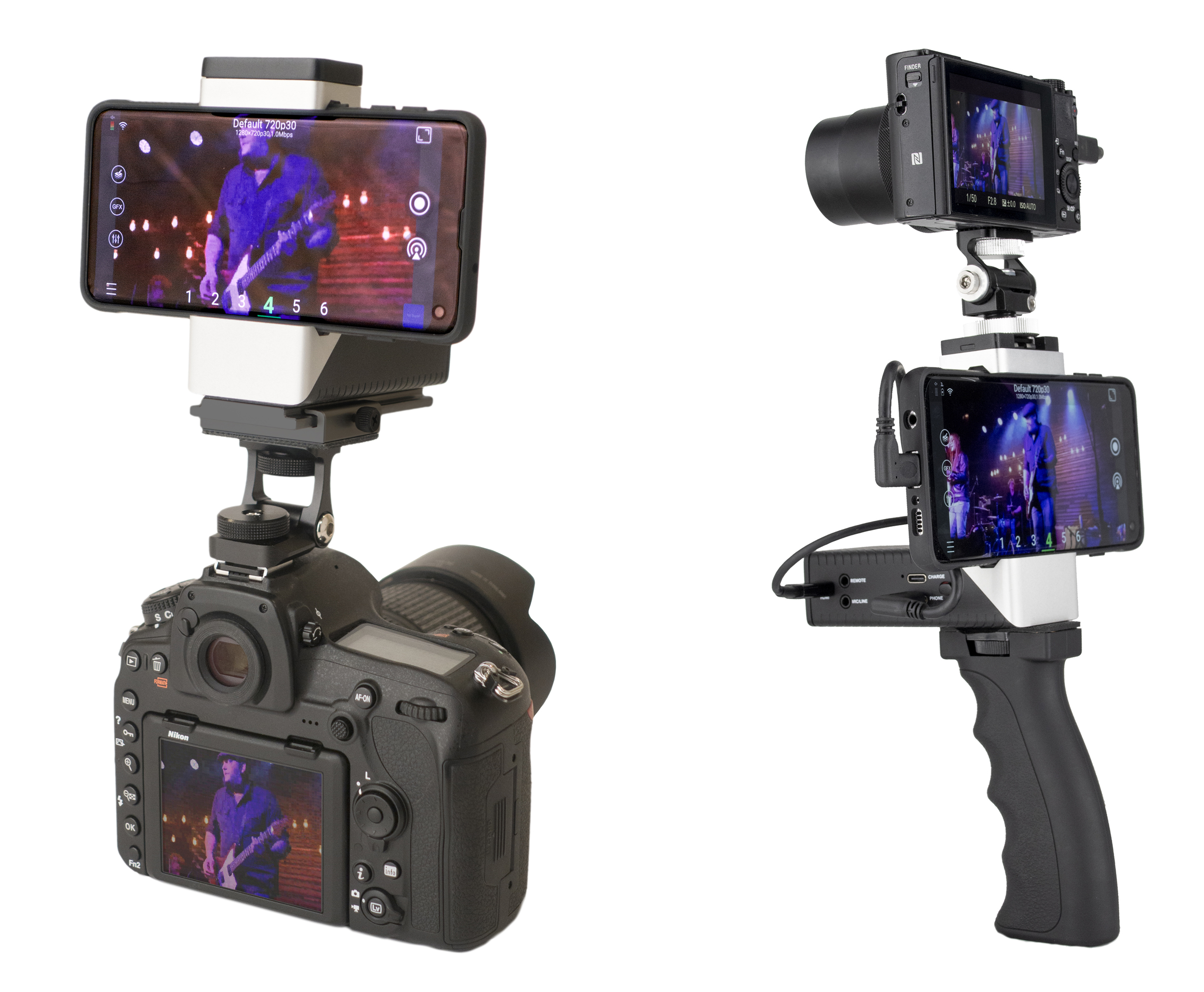 Excitement around the smartphone-empowered VidiMo handheld, live production system from streaming solutions startup StreamGear Inc. has been rapidly building since its first private showings in the fall and its public debut at CES 2020. Now, with beta units in the hands – literally – of Early Adopter Program members, attendees at the 2020 NAB Show will have their first chance to experience VidiMo’s elegant ease for themselves. StreamGear will make their first-ever appearance at the event from April 19 to 22 with dual exhibit presences in their own booth, number C12439, and in the CineCentral pavilion at C9232.

Combining the battery-powered VidiMo Go hardware with the powerful VidiMo Show app, VidiMo lets content creators combine the compact convenience, increasing camera quality and intuitive ease of today’s latest smartphones with the superior creative functionality of a dedicated video or DSLR camera. Users can simply capture the camera’s HDMI signal into their iOS or Android smartphone for live streaming, or use the app’s elegant interface and advanced features to create sophisticated live shows that combine the HDMI input with the phone’s camera and other sources.

The innovative VidiMo Go hardware doubles as both an HDMI capture device and camera mounting system to position the phone for convenient, touchscreen user control and program monitoring. Meanwhile, the VidiMo Show app provides a complete live production toolkit on the smartphone, letting the user be the director, operator and on-screen talent all at once.

For each show, users can switch between fully-customizable scene layouts that mix live video and audio sources – including the HDMI source and the phone’s front or rear camera – with graphics, text and pre-recorded media clips. A multi-button remote control enables users to trigger app functions even while performing live in front of the camera. Shows can be recorded on the smartphone as they happen or streamed live to popular third-party services including YouTube™ Live, Facebook™ Live and Twitch™.

“We are very eager to showcase VidiMo to NAB Show attendees for the first time,” said Darryl Spangler, CEO of StreamGear Inc. “While CES was the perfect stage for introducing it to video hobbyists and consumer technology enthusiasts, the NAB Show is the ultimate destination for content professionals seeking to create superior visual experiences, and VidiMo offers them a better way to share their vision with their audiences.”

StreamGear is continuing to take applications for its Early Adopter Program ahead of VidiMo’s full commercial release and is actively discussing partnership opportunities with camera manufacturers and wireless communication service providers. Prospective users and partners are encouraged to contact StreamGear at sales@streamgear.io.