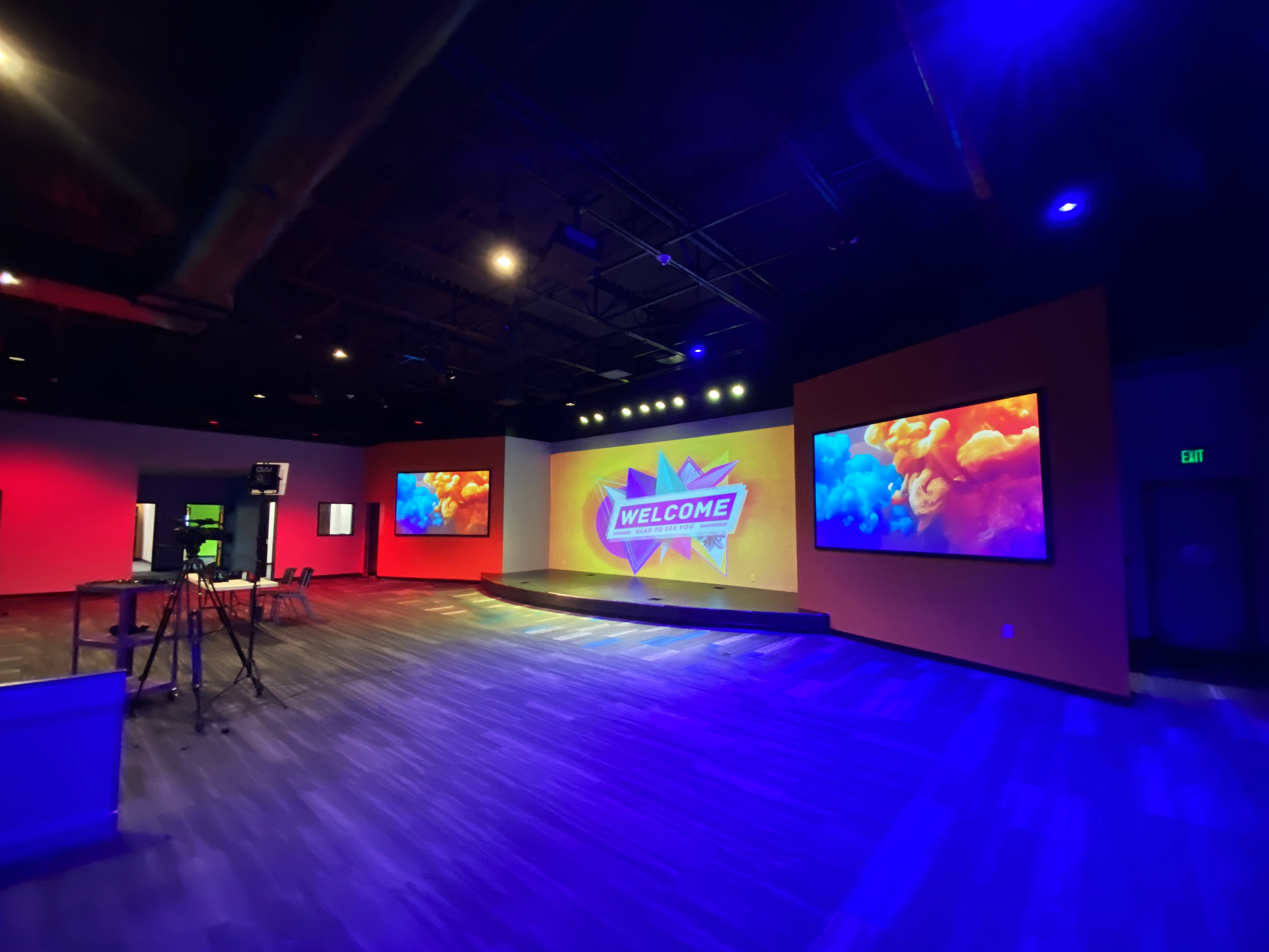 First Christian Church in Elizabethtown, Kentucky recently called in JCA Media for the latest upgrade to its campus. Having already completed several installation projects for the congregation in the past, JCA Media was on-hand to deliver a Martin Audio main PA system and ceiling speaker installation for the church’s worship areas, classrooms and children’s play areas.

The decision to go with Martin Audio was a simple one. “The tech directors were already familiar with Martin Audio and we always rely on their systems for these types of installations,” explained Alex Peake, Integration Specialist at JCA Media.

JCA Media installed three Martin Audio CDD10s as LCR speakers alongside a pair of SX112 subs flown above the stage to deliver smooth, even coverage across the space. “For this project, the CDDs merged together so beautifully within the main worship area and it was great to see the stage arches accommodating those types of cabinets so well,” stated Peake.

Because the Church didn’t want anyone, particularly children, to be near any of the cables, the decision was made to fly the PA above the stage. The black ceiling blended in with the all black PA system meaning it essentially disappeared into it – creating a slick, crowd-pleasing aesthetic.

“The ability to blend into the background is so important for church projects as you don’t want to take the attention away from the congregation’s experience,” Peake commented. “This also meant that while the PA was hidden, the visuals were able to take over. There are four laser projectors – two of them environmental and two of them for the lyrics and content and then some flashy lighting effects for the kids’ area. They wanted all of the audio to disappear so the house lights could create this remarkable atmosphere.”

Away from the main worship space, the integrator used a single CDD12 to cover another worship area and a pair of CDD6s for the children’s play area. In addition to this, the Martin Audio Ceiling Series proved to be a perfect fit for the Kentucky Church. Fitted with a high specification transformer, the series is able to be used in either a 70V or 100V operation via a front mounted rotary switch – providing a simplified installation process for the JCA Media team. “The Ceiling Series is by far our favorite for that level of quality in that price range and we use them every chance we get,” Peake explained.

To cope with emergency situations, JCA Media also connected the system to a mic at front-of-house so the whole wing would duck to that channel when an announcement needed to be made. “If you needed to make an emergency announcement across all the rooms, even if one was playing music or another had a movie playing, it would stop everything and make the announcement the priority,” Peake added. “I think that’s a really valuable element to have.”

Reflecting on the success of the overall project, Peake recalls his reaction to hearing the solution in action for the first time. “When we fired it up, we were all just as giddy as could be, it was phenomenal! We actually hadn’t even tuned the room yet because we were not finished with laying down the carpets and such, but we were all thinking ‘I don’t think anything needs to be changed at all’, and we were able to call it a day right there and then which was excellent.”