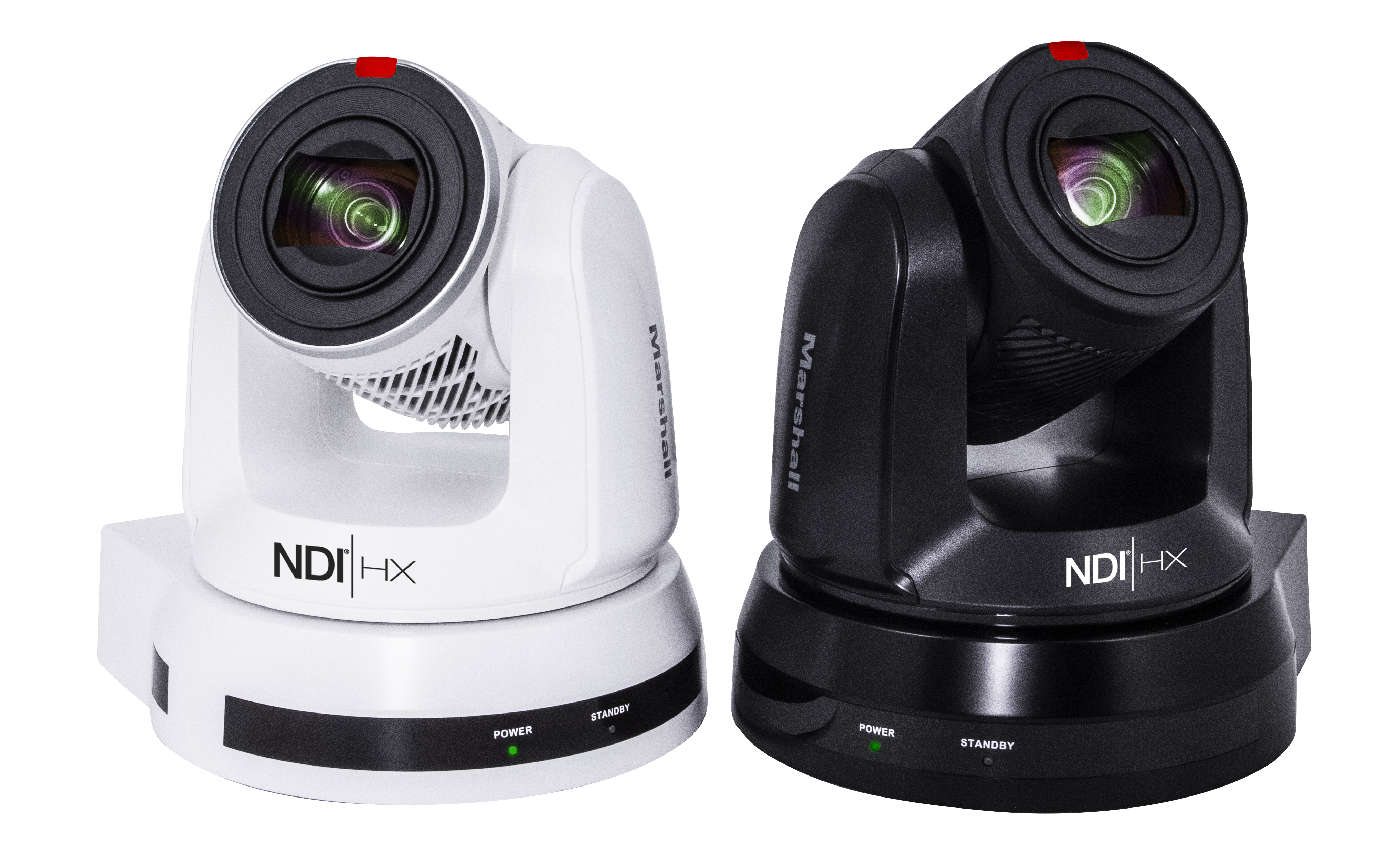 “We’re very proud to announce these two NDI camera models,” says Tod Musgrave, Director of Cameras at Marshall Electronics. “Many of our integrator partners enjoy the ease of use of NDI and Marshall can extend that to these next-level Ultra-HD cameras with the plug-and-play benefits that many in the industry have come to expect from the NDI®|HX.”

Both models contain an extended 30x optical zoom range wrapped around a high performing Sony broadcast sensor  ̶  the CV730 starts at a 65° angle-of-view and the CV630 starts at an impressive 70° angle-of-view all the way out to 200mm, allowing operators to pull long shots closer with extended zoom range.  Marshall PTZ cameras boast a flexible 340° horizontal pan range with 120°vertical tilt, giving it a wide range of movement when capturing high-quality UHD or HD video.

“Software-driven IP workflows have become ubiquitous in video production,” says Michael Kornet, vice president, NDI. “NDI-enabled devices, like the CV730-NDI and CV630-NDI cameras from Marshall Electronics, exponentially increase the video sources available for live production creating efficiencies and opportunities for customers that did not previously exist. NDI is the most widely adopted IP technology on the market, epitomized by the millions of customers with access to it today.”

These two 4K camera models will be released at two different price points; the CV630-NDI is $2,499, and the fully loaded CV730-NDI is $4,995. Marshall Electronics is also working on a compact 30x zoom block with NDI®|HX to release early next year with the same easy setup and operation features.