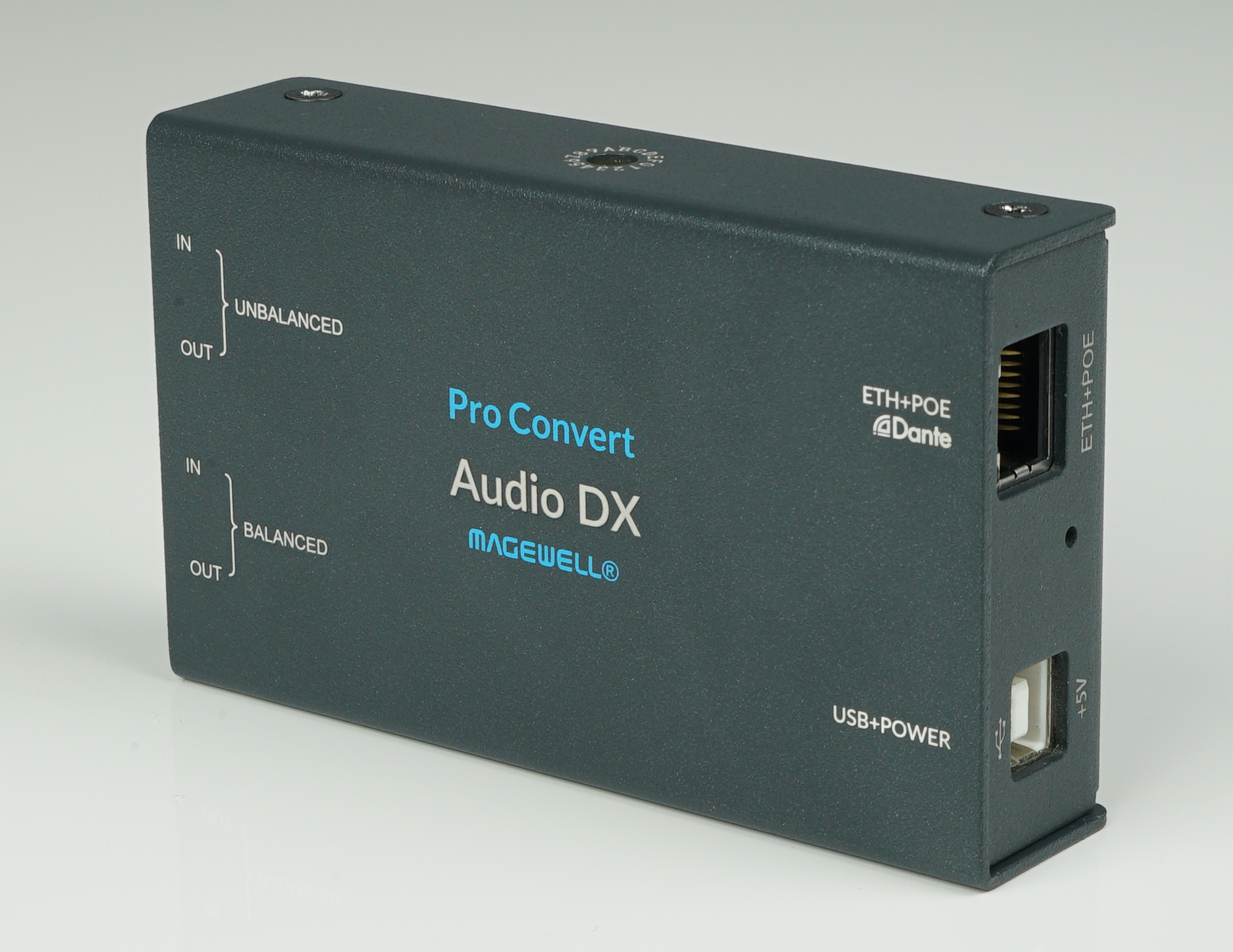 Magewell will introduce Pro Convert Audio DX alongside demonstrations of other new Magewell innovations – including the recently-announced Ultra Encode AIO advanced streaming encoder and now-shipping USB Fusion multi-input capture and mixing device – in stand 5H200 at the ISE 2023 exhibition in Barcelona from January 31 to February 3.

Dante has become the de-facto standard for transporting audio over IP networks, with over 3000 Dante-compatible products available from hundreds of manufacturers. Pro Convert Audio DX can send and receive up to eight channels of audio in unicast or multicast Dante ‘flows’ (audio streams). In addition to Dante, the device also supports uncompressed audio using the popular NDI® media-over-IP technology, or compressed AAC audio using the low-latency SRT protocol.

By enabling conversion between Dante, NDI®, and SRT, Pro Convert Audio DX enables mixed-technology local and remote production workflows that combine best-of-breed products supporting different standards and formats. It can also encode analog audio into Dante, NDI® or SRT streams as an ‘on-ramp’ to IP networks, as well as decoding IP audio streams in any of these formats and protocols for analog output.

“Magewell is recognized as a leader in the networked media space, so adding Dante is a natural evolution of their product portfolio,” said Joshua Rush, CMO for Audinate. “We are thrilled to welcome Magewell into the Dante ecosystem and look forward to further innovations from them.”

“By letting users easily convert between multiple audio-over-IP technologies and seamlessly bridge traditional and IP audio infrastructures, Pro Convert Audio DX frees them from needing to worry about which audio types their chosen tools support,” said Will Chen, Product Manager at Magewell. “Dante is one of the most important networked audio technologies in the professional AV, production, and broadcast markets, and we’re excited to support it in this versatile device.”