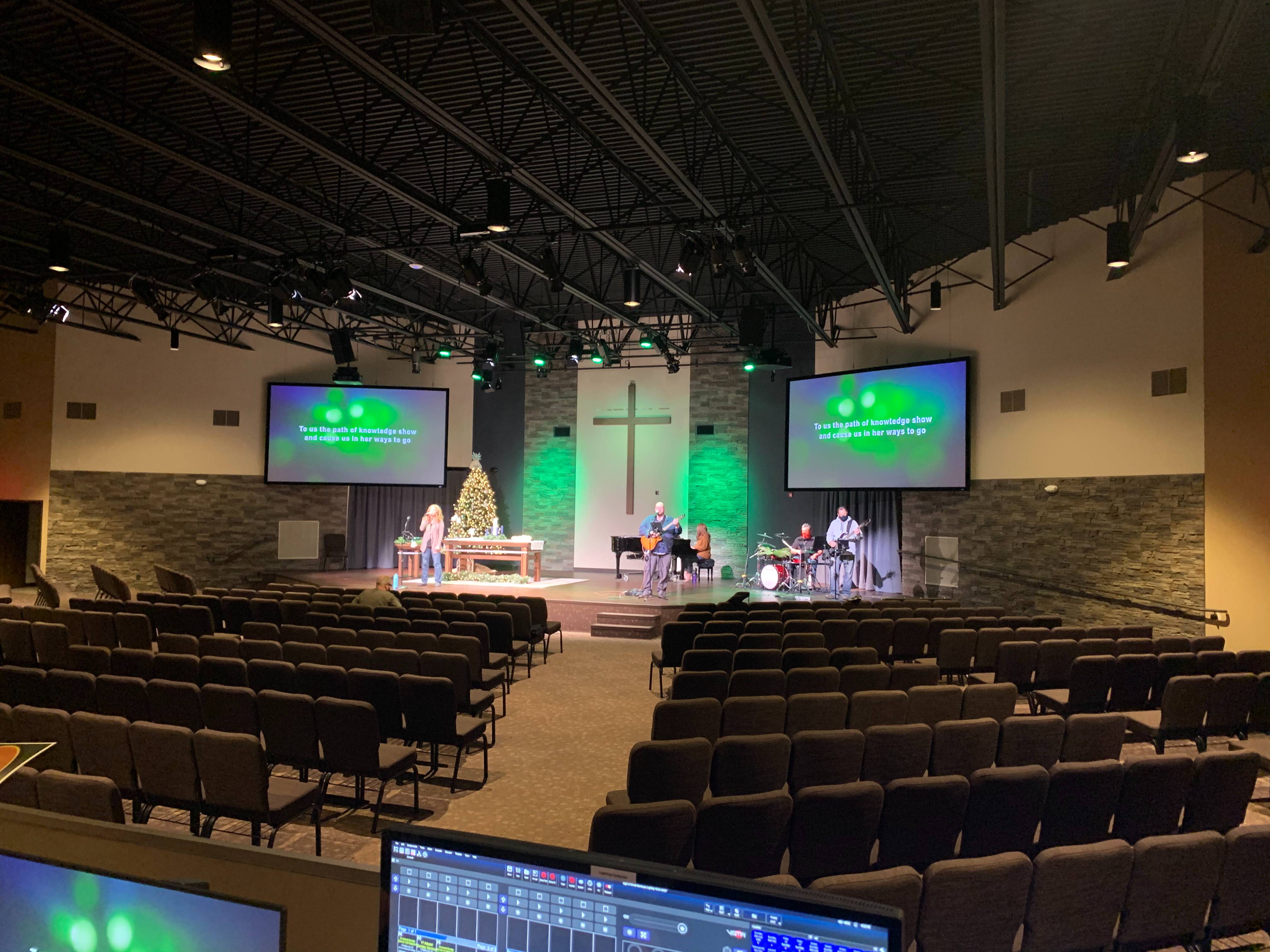 Just Add Power, a leader in video-over-IP distribution, today announced that its Ultra HD over IP system has been installed at the new Light of Christ Lutheran Church (LOC) Worship Center in Algonquin, Illinois. Just Add Software, a developer of configuration and control solutions for the Just Add Power platform, utilized the system to deliver a better experience for parishioners, while allowing the church to live stream services.

Highlights at the worship center include a Dante® distributed audio system; live streaming via a Blackmagic ATEM Mini Pro HDMI switcher and HyperDeck recorders; and 28 Samsung displays and projectors scattered throughout the property. In addition to three Ross PTZ cameras, two manually controlled Canon cameras, and a Mac running ProPresenter, video sources at the facility include a Mac mini, two Apple TVs, a Roku player, two Blu-ray players, two digital signage players, a computer in the Youth Room, and a Just Add Power VBS-HDIP-759A 3G+4+ video tiling processor, which allows up to four inputs on one screen in different configurations.

“To realize the Worship Center’s true potential, LOC required a video distribution system to cost-effectively and reliably deliver any source to any screen or group of screens, in addition to the Blackmagic system for streaming and recording,” said Jon Ogden, owner of Just Add Software. “Furthermore, the church wanted the ability to play audio from select sources over its Dante network. Finally, the video distribution system’s functionality needed to be largely automated, eliminating the need for an additional volunteer to run it. We were able to meet all of these requirements with Just Add Power and our MediaSwitcher™ automation solution.”

The Worship Center’s displays and projectors — as well as the ATEM Mini Pro and Sanctuary Mac — are equipped with Just Add Power VBS-HDIP-508POE and VBS-HDIP-518AVP 3G+ A/V Pro receivers. Sources are connected to a mix of VBS-HDIP-705POE 2GΩ/3G, VBS-HDIP-725POE SDI, and 3G+ 767DSS Dante Enhanced Sound System transmitters. Audio from sources outfitted with the 3G+ 767DSS transmitters can be used as inputs for the center’s Dante network. The Ultra HD Over IP platform is engineered to provide complete scalability, so expanding the system with an additional screen or source is as simple as adding another receiver or transmitter.

Just Add Software’s MediaSwitcher solution powers on the Worship Center’s displays every morning and initiates playback of LOC’s announcement feeds — reversing the process at night — and automates the church’s live streaming process. In addition, the company’s MediaSwitcher Web enables video playback on individual displays in areas such as conference and meeting rooms. Each of these spaces features an information card with a QR code. By scanning a room’s code, users can log into its control system and use their own devices to easily select and play any source — eliminating the cost of dedicated panels or tablets.

“The installation at LOC’s new Worship Center demonstrates that today’s complex projects often demand more from video distribution solutions than sending sources to displays,” said Taft Stricklin, sales team manager at Just Add Power. “They require the ability to harness the power of Dante and deliver seamless automation for streamlined operation. Our Ultra HD over IP platform was designed to meet all of these needs and we couldn’t be more proud to see it be utilized in creating a high-tech haven for LOC parishioners.”