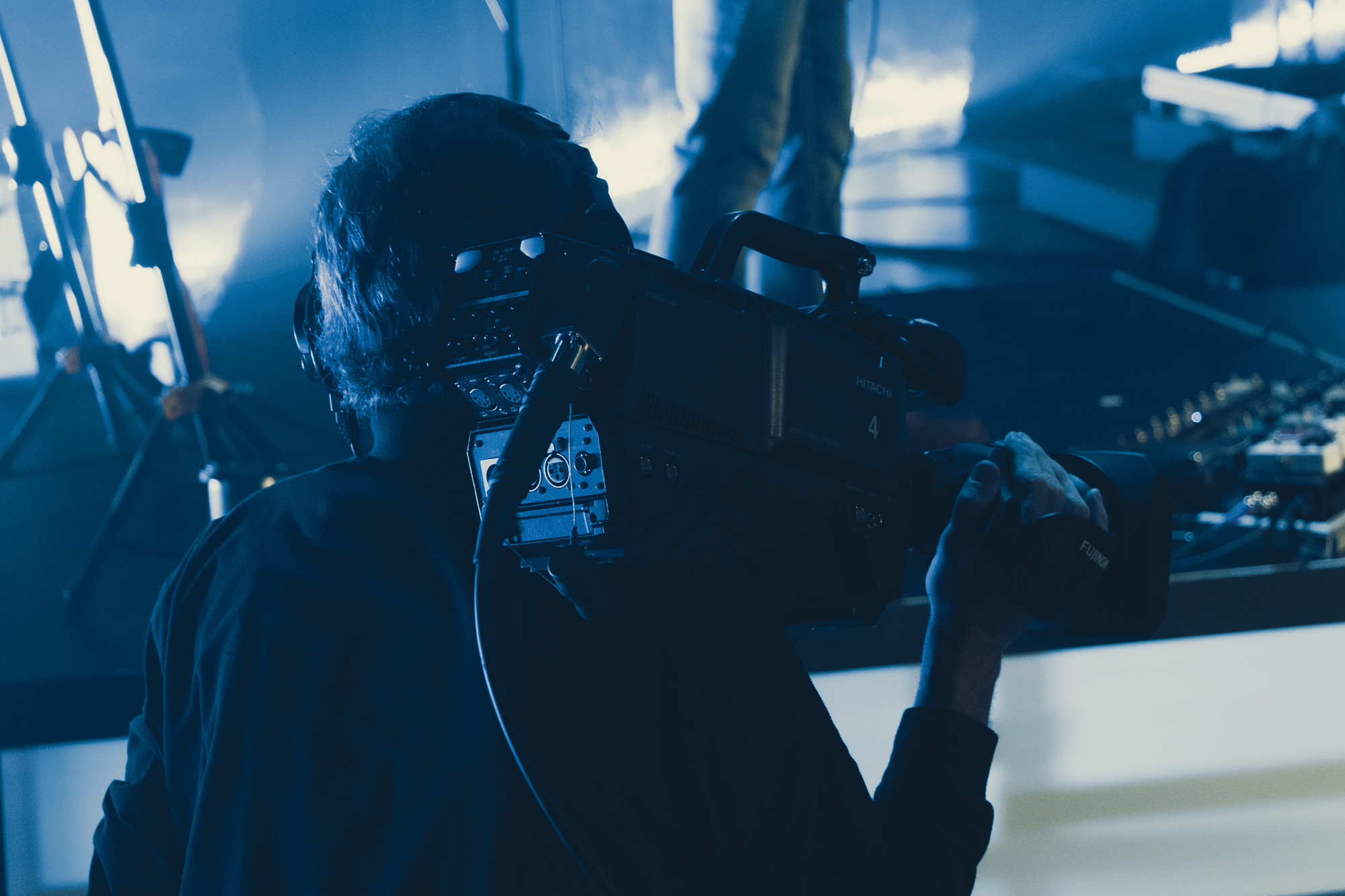 Founded in 1955, Eastview Christian Church usually hosts over 6,000 worshippers each week across two physical campuses – its main location in Normal, Illinois and a second site in Bloomington – and its online services. As video became increasingly important for both its in-person and internet-based worship experiences, the church purchased five SK-HD1800 cameras from Hitachi Kokusai Electric America, Ltd. (Hitachi Kokusai) to elevate the quality of its productions. The resulting improvements have proven even more valuable as COVID-19 gathering restrictions drive online attendance to levels far beyond their own congregation.

As Eastview’s previous cameras neared the end of their useful lifecycle, the church started looking for replacements that would bring both operational and visible benefits. “We had been running a mix of four or five professional-class cameras and smaller camcorders but only had CCUs and remote control on two of them, which made it challenging to dial them all in and rely on operators for iris and shading,” said Andy McGirr, associate pastor of technical arts at Eastview Christian Church. “There was also a growing realization of the importance of what’s being viewed online to the overall ministry of our church, and the significance of delivering high-quality streaming experiences.”

McGirr notes that while Eastview started streaming later than many other churches, the organic growth of their online audience over the past three years made it an intrinsic part of their ministry even prior to the pandemic. “As the numbers grew, so too did the respect for the role streaming plays,” he explained. “We hired an online campus pastor, and have really embraced the fact that there are many people who watch our services online not because they can’t attend in person, but because it’s their preferred way to attend church. That was one of the key drivers of our purchase of the Hitachi cameras.”

The same appreciation for the importance of video quality also extends to image magnification (IMAG) in the church’s 2,600-seat main auditorium. “Even though a few thousand people normally sit in our auditorium to attend the services each week, I believe most of them are watching and engaged through our 21-foot and 14-foot projection screens the majority of the time instead of looking directly at the stage.”

McGirr set out to purchase five broadcast-class cameras with 2/3” sensors and global shutter technology, the latter to minimize the visual artifacts often encountered when shooting LED lighting and displays with rolling-shutter cameras. Once these core criteria were met, it was a matter of selecting the vendor and model that fit the church best. “All of the major broadcast camera manufacturers offer great products overall, so for me it was a matter of which had extras that matter to me; wouldn’t cost me an arm and a leg; and would give me great service and support. I liked Hitachi Kokusai from day one because of their partnership with Ross Video and integrated DashBoard control, and after meeting their team at the NAB Show, I felt like they were the right company for our needs.”

Supplied by Indiana-based integrator Force Technology Solutions, three of the SK-HD1800s are stationed on Miller tripods in fixed positions, while one is operated handheld and the fifth is deployed on an 18-foot JonyJib2. Shading and iris adjustments are handled from the control room through Ross DashBoard or Hitachi RU-1000VR remote control panels, freeing the volunteer camera operators to concentrate on their shots. Eastview started using the new cameras in December 2019 and saw immediate quality benefits. “The difference from our old cameras was very noticeable in our final product,” said McGirr. “The image was just fantastic, including richer colors and deeper blacks.”

McGirr also highlights the operational advantages of the new cameras. “Our volunteers love them,” he said. “Our older cameras were piecemeal rigs, and when we moved to Hitachi camera systems where all components were tightly integrated, we had an ‘aha moment’ that this is what it should feel like. It closes the gap between the user and the equipment in terms of the final product. Having the right gear makes a huge difference regardless of who operates it.”

As the COVID-19 pandemic forced churches to temporarily close their doors to in-person worshipers, even more people have been viewing Eastview’s newly enhanced productions. The church saw its weekly online streaming audience soar to over 10,000 – greatly exceeding its usual total attendance. “Our guess is that other small churches in the area were not set up for streaming, so people are attending our services in their place. We were fortunate to already have a robust streaming workflow in place.”

Even once life begins to return closer to normal, McGirr sees his satisfaction with the SK-HD1800s as long term. “I would buy Hitachi cameras again in a heartbeat,” he concluded. “We got great camera systems for a really good price, and I have complete confidence that we will be supported well throughout the life of the cameras.”