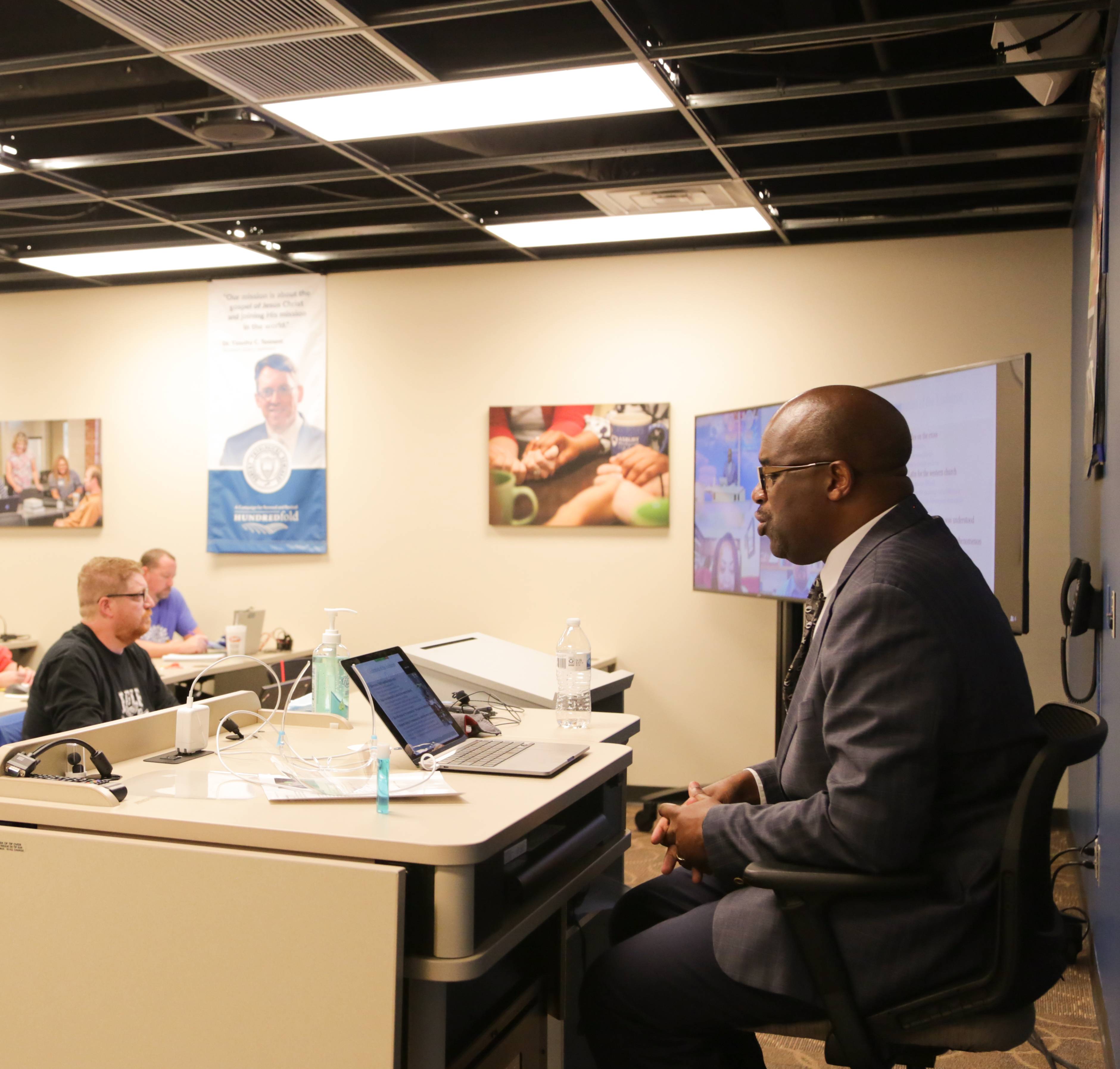 Audio quality is the most difficult challenge to solve in any video conferencing application and meeting that challenge was a top concern for Charlie Fiddler, Technical Events Specialist at Asbury Theological Seminary when he undertook the task of upgrading the seminary’s conferencing system. To meet this challenge, he turned to ClearOne (NASDAQ: CLRO), a global market leader enabling conferencing, collaboration, and network streaming solutions.

Asbury Theological Seminary is an evangelical Christian seminary located in Wilmore, Kentucky. It is the largest seminary in the Wesleyan tradition and advocates for egalitarianism, giving equal status for men and women in ministerial roles and for ordination. It is also known for popularizing the New Perspective on theory in America. It is accredited by the Commission on Colleges of the Southern Association of Colleges and Schools and the Association of Theological Schools in the United States and Canada.

“We wanted to be able to capture the voices of instructors, with or without lapel microphones, based on individual preferences and the questions from students, regardless of whether or not they are located on campus or calling in from other locations,” Fiddler explains. “It was key that everyone be able to hear everyone else at all times.”

Fiddler says he also needed the audio conference solution to easily integrate with the other AV equipment that is already installed in each classroom because he certainly didn’t want to ask instructors or students to learn how to use a new system.

Initially, the seminary considered upgrading the audio conferencing capabilities in just one classroom but changed its mind in April 2020 when it was forced to confront the challenges posed by the Covid-19 pandemic. “We chose instead to invest in 15 hybrid instruction rooms where teachers and students in one classroom could be joined by students working from remote locations,” he explains. “As a result, we were able to implement and maintain a successful hybrid teaching environment, albeit one where each of the upgraded 15 classrooms had their own acoustic tendencies that needed to be addressed.”

Having previously installed a ClearOne CONVERGE® Pro 2 with ceiling pendant microphones in one classroom, Fiddler was fully aware of the superior quality of ClearOne’s professional audio and video solutions.

“The CONVERGE Pro 2 DSPs do an exceptional job in providing flexibility and power without the need for the end user to have to think about it,” he emphasizes. “They can be installed and configured and just work for anyone who wants to use the classroom!”

The successful deployment of the CONVERGE Pro 2 solution convinced the seminary to turn to ClearOne again when creating the new hybrid teaching environments. This time, the choice was the ClearOne BMA Beamforming Microphone Array Ceiling Tile solution.

“Not only did the BMA CT sound better than any of the other competitive solutions we considered, but it was also easy to install and looked great in the drop ceilings that was already in each classroom,” he points out.

The seminary also liked the integration between the BMA CTs and the CONVERGE Pro 2 solutions, particularly that it handles the gating and beamforming of the BMAs as well as the gating and mixing of other wired and wireless microphones. “The CONVERGE Pro 2’s range of output options and connections over USB was also a huge benefit that saved us time and energy,” he emphasizes.

When the project began, the seminary’s solution of choice was the original BMA CT, but upon learning about the newer BMA 360, and its superior performance capabilities, the school has since ordered numerous units and deployed several to date