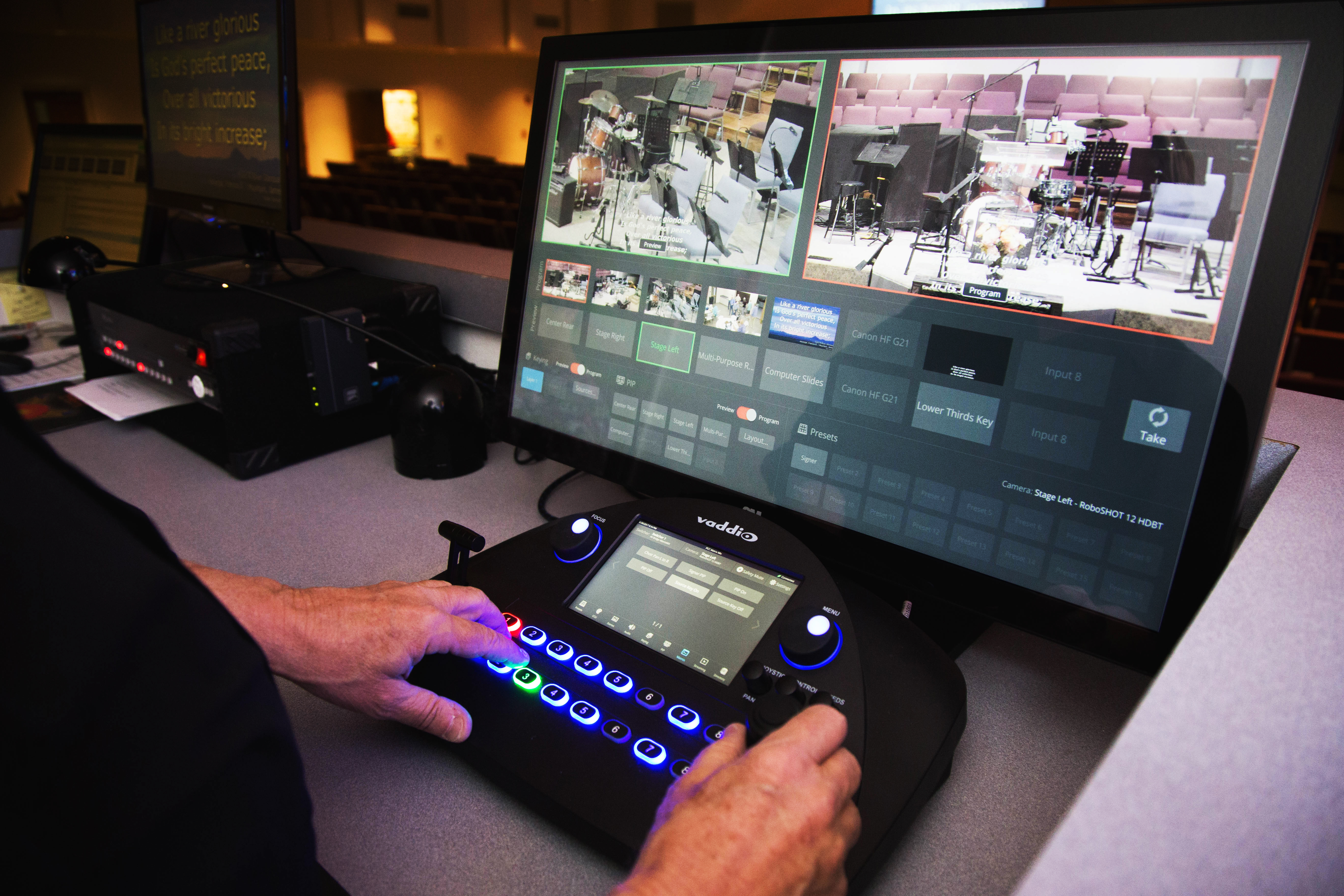 CHALLENGE
Willow Hills Baptist Church was seeking a way to capture and stream their weekly worship services. They needed an affordable solution for video cameras and a production system in order to broadcast to its 500 members. They also wanted something that would be easy for congregational volunteers to use without much training.

“The camera system is pretty straight forward,” said Dana Halsey of CCS Presentations, “and we connected it to their existing (audio and projection) system, to their routers, projectors, to the overflow room, and the production room, where they are able to stream.”
Recording the services has opened up the possibility of expanding the number of services by replaying the pastor’s 30-minute message during the new service later in the day. The AV Bridge MatrixMIX also allows them to display different views on the front and back projection screens.

The PTZ cameras, two each of the RoboSHOT 30 and RoboSHOT 12, were chosen after seeing the results at another church near Phoenix. David Smith, the church’s lead tech, said the minimal latency in the Vaddio cameras using HDBaseT cable was a deciding factor as well.

By pairing the TeleTouch 27 Multiviewer and PCC MatrixMIX with the AV Bridge MatrixMIX, volunteer producers could create a first rate production without extensive training. Cat-6 cables ensure the ability to move to 4K capability in the future.

Adjustments of color and picture, plus adding camera presets and adjusting camera speed, helped provide the perfect control for customizing the system to the space.

“Cost wise, (Vaddio) is very competitive, and Vaddio is one of the best customer service companies,” Halsey said. “We have had engineers test (the AV Bridge MatrixMIX) out and had installed it in a couple of auditoriums and a couple other churches. It is very clear to set up.”

RESULTS
Work was finished in April, and the church didn’t even wait a whole week to try it on a service. Instead they partially recorded a youth rally that night to practice working with the PCC MatrixMIX Live Production Controller.

The AV Bridge MatrixMIX, along with the TeleTouch Multiviewer gives Smith a preview of all four cameras plus input from other devices such as PCs to put on the screen.

“If a pastor wants to read a passage from the Bible, we can put that up on the screen,” Smith said, adding they also use it for song lyrics, a confidence monitor, or even splitting the screen to show text below an image.

Installation took place in less than a week between services for minimal impact. Initial training showed the church staff how to use the system.

Smith said all expectations were met fully with the installation.