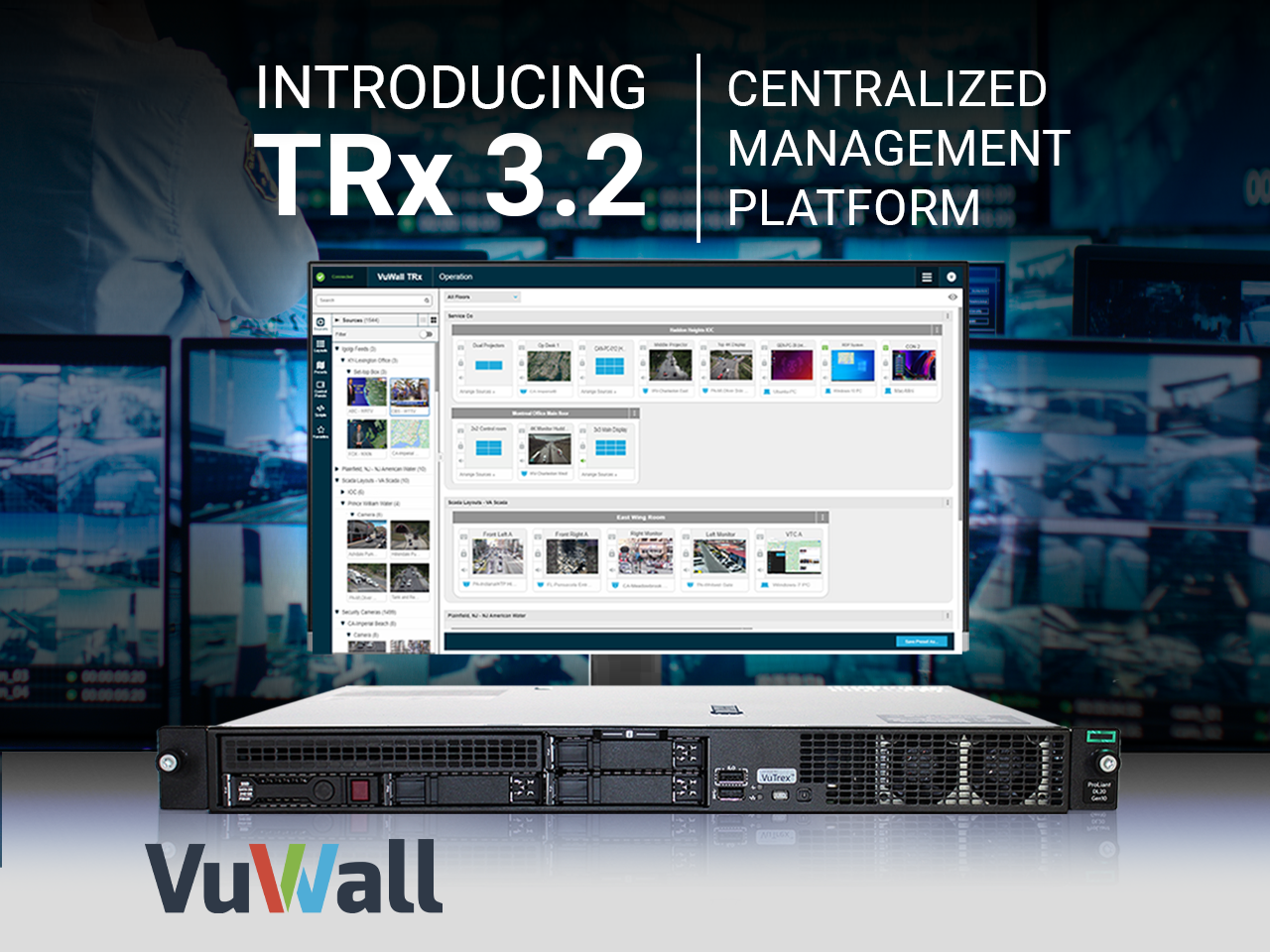 VuWall, a technology leader in video wall control systems and unified visualization solutions, will demonstrate version 3.2 updates to its award-winning TRx visualization and video wall management software in Booth N1569 at InfoComm 2022. The new version adds a new plug-in for Genetec™ Security Center and an enhanced user interface and performance.

“Operators can work only as quickly and efficiently as their visualization system allows,” said Mark Schmidt, chief technology officer of VuWall. “This demands that they have a platform that’s ready to integrate with the multitude of devices that make up their system and gives them eyes on data in seconds. Since TRx’s inception, we have continuously invested in its performance to ensure it seamlessly and meticulously bridges, manages and controls AV, IT and IP systems. We’re so excited to show our most powerful update yet.”

Built on an open, interoperable architecture, VuWall TRx version 3.2 continues to further the value offered by its innovative design. The unified visualization and comprehensive video wall management platform allows organizations to grow their pool of equipment as their needs evolve. Whether users are adding new video walls or information displays or expanding their AV-over-IP network with devices from different brands, TRx enables everything to function in the same environment with seamless compatibility. Most of all, it gives operators a central control system that keeps pace with the evolution of their AV infrastructure without reconfiguring existing settings when new equipment is added. In addition to already supporting all standard protocols and featuring compatibility with many third-party solutions that include all SDVoE devices, IHSE, Adder, Milestone and NDI-compatible devices, the latest version of TRx is now officially certified by the Genetec Development Acceleration Program to run with Genetec Security Center.

By integrating with Genetec Security Center, customers have a comprehensive system for complete video wall control where operators can manage and visualize IP cameras along with other content sources from a single easy-to-use platform. It allows control room operators to manage VuWall video wall controllers; change feeds and displays content directly from the Genetec Security Center interface without switching applications; and control the video wall system, including Genetec cameras and content from other sources such as web apps, maps, RSS feeds, HDMI devices and computers with intuitive, drag-and-drop operation.

Those who are interested in scheduling a meeting with the VuWall team at InfoComm 2022 in Booth N1569 may visit https://vuwall.com/infocomm/. More information on VuWall and its full line of visualization solutions are available at www.vuwall.com.