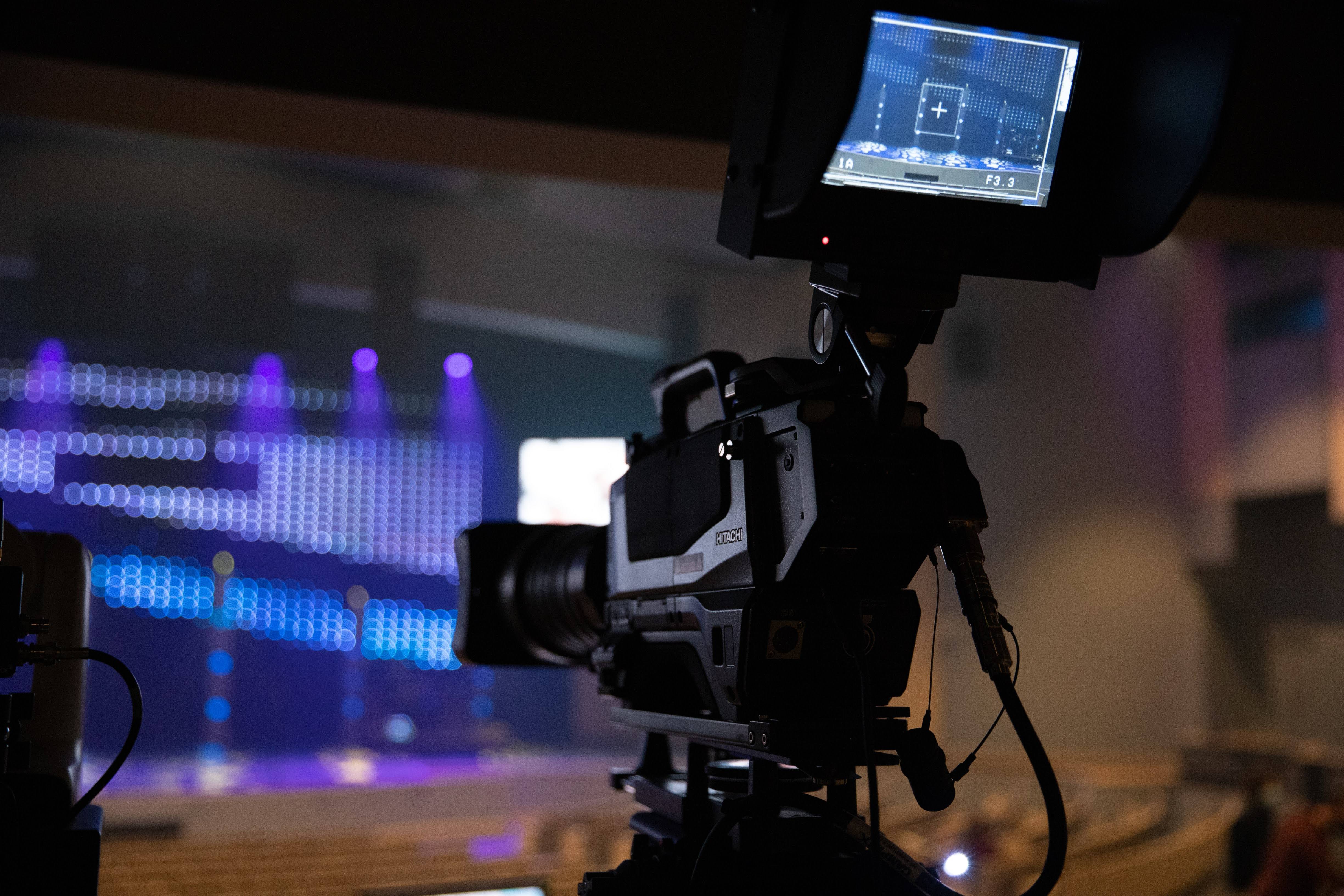 Live steaming of worship services over the internet is far from entirely new to Houses of Worship, but has taken on a vastly new level of significance for them in recent months. Streaming was already a growing part of many churches’ initiatives to expand their ministries and connect with members unable to attend in person, but the COVID-19 pandemic and resulting restrictions on in-person gatherings have thrust online video delivery into the spotlight.

When choosing technical solutions for live streaming, a lot of attention is focused on the streaming encoder and delivery platform such as a CDN or social media channel – the last steps in the chain before the content reaches viewers. The cameras at the start of the chain are sometimes almost taken for granted but make a huge difference to both the quality of the results and operational considerations. Lower-end options ranging from smartphones and DSLRs to PTZ cameras and camcorders may seem attractive for their low cost, but broadcast-class cameras can significantly improve the look of your streams – as well as IMAG when congregants return to the sanctuary – and are more affordable than you might think.

As most video professionals already know, compression algorithms are used to reduce massive amounts of digital video data down to bitrates that comfortably fit consumer internet and mobile bandwidth. For example, for live streaming 1920×1080 HD video at 30 frames per second, YouTube recommends a bitrate between 3.0 Mb/s and 6.0 Mb/s – more than 240:1 compression compared to the 1.485 Gb/s of an uncompressed HD-SDI signal. Fortunately, modern compression algorithms such as H.264 can produce great-looking video at these bitrates, but achieving optimal results depends on the source signal the encoder receives.
A common misconception among those new to streaming is that if you’re creating a low-bitrate output for viewing on a relatively small device – as opposed to a large-screen TV – you can get away with using a lower-quality source signal. In fact, the opposite is generally true. Viewers are typically much closer to their smartphone, tablet, or laptop than they are to their TV, making visual imperfections noticeable despite the smaller screen size. And lower-quality sources tend to have visual artifacts such as video noise that make the live signal much harder for the compression algorithm to process. At best, precious bits in the internet stream would be wasted representing the artifacts in addition to the actual content, thus lowering the quality of what you actually want viewers to see. At worst, the motion-sensitive nature of today’s compression algorithms can exacerbate the visual disruption the artifacts cause. Video that looks fine on a monitor connected directly to a camera can look considerably worse once compressed for streaming.

While some streaming encoders offer video noise reduction features, such digital processing inherently has a negative impact on the quality and fidelity of the video. The best approach, of course, is not to try to “remove” noise from the video – it’s to avoid video noise from the very beginning of the chain, right at the source. Shooting video in low lighting conditions, which are common in houses of worship, can make issues with video noise even worse. Increasing the video gain to capture dimly lit scenes can introduce considerably more noise into the image.

This is one of many areas where broadcast-class cameras excel. In addition to offering significantly higher signal-to-noise ratios than lower-end alternatives, broadcast cameras – particularly those with multiple, 2/3-inch image sensors – feature greater sensitivity that allows low-light environments to be captured with minimal or no gain adjustments even when moving quickly between well-lit and shadowed areas. Of course, better low-light shooting is not just beneficial for streaming quality; it also provides a superior visual experience for your audience – both online, and in-venue on IMAG – by letting them see more detail even for subjects in darkened areas.

Avoiding Artifacts and Capturing the Feel

While video noise is one of the more common video acquisition challenges encountered by churches, other visual issues can be similarly disruptive to streaming compression. When capturing scenes with large LED displays in the frame, temporal artifacts such as flickering, horizontal banding, and extraneous lines can appear in the video with cameras that use rolling-shutter MOS or CMOS image sensors. Once again, these moving artifacts can wreak havoc with compression algorithms, resulting in lower streaming quality (as well as visible distractions for your viewers even on IMAG screens). Broadcast cameras with CCD or global-shutter CMOS image sensors can capture these types of situations while avoiding or greatly reducing LED-induced artifacts.

The rich, dynamic , and often colorful lighting used in many Houses of Worship does far more than just illuminate the pastor and other on-stage participants; it is a key factor in creating the immersive “feel” of the environment. Representing those colors and dynamics accurately in video has long been a goal of church video crews for their in-venue IMAG, but is even more important in conveying the tone for streamed services where the viewer is not physically in the worship space. Once again, broadcast cameras can offer superior color reproduction, as well as extensive controls that allow operators or technicians to precisely fine-tune the cameras’ colorimetry.

The above sections focus primarily on the quality benefits of broadcast cameras, but this class of cameras also offers significant operational advantages. Unlike a self-contained camcorder, a broadcast camera system combines the camera itself with a separate camera control unit (CCU), which is typically located in the production control room near the switcher. Combined with a remote control unit, this enables functions such as iris and shading to be adjusted by a technician in the control room, increasing consistency between multiple cameras while freeing volunteer camera operators to concentrate on the actual shots. The availability of large viewfinders also makes it easy for operators to frame and focus their shots.

Broadcast cameras also offer valuable communication paths between the control room and camera operator including integrated intercom connectivity, return video, and tally lights. By leveraging SMPTE Fiber connectivity between the camera and CCU, all of these functions plus program video, audio, and even power can be carried on a single cable – eliminating the need for cumbersome multi-cable bundles while supporting much longer cable runs than SDI or HDMI. And last but certainly not least, broadcast cameras support an extensive range of industry-standard lenses, enabling customers to choose exactly the right options to suit their environment and needs.

Churches may assume that broadcast-class cameras are beyond their financial means, but Hitachi Kokusai is making them surprisingly affordable to a broad range of Houses of Worship. For example, our Z-HD5000 has been extremely popular in the HOW market and offers everything described above – superior signal-to-noise, exceptional low-light sensitivity, faithful color reproduction, three 2/3” CCD sensors and rich operational features – at the best price/performance ratio in the industry. And for those who want native 1080p60 acquisition or global shutter CMOS sensors, our award-winning Z-HD5500 and SK-HD1800 deliver those features at a fraction of the cost of competing solutions in their class.