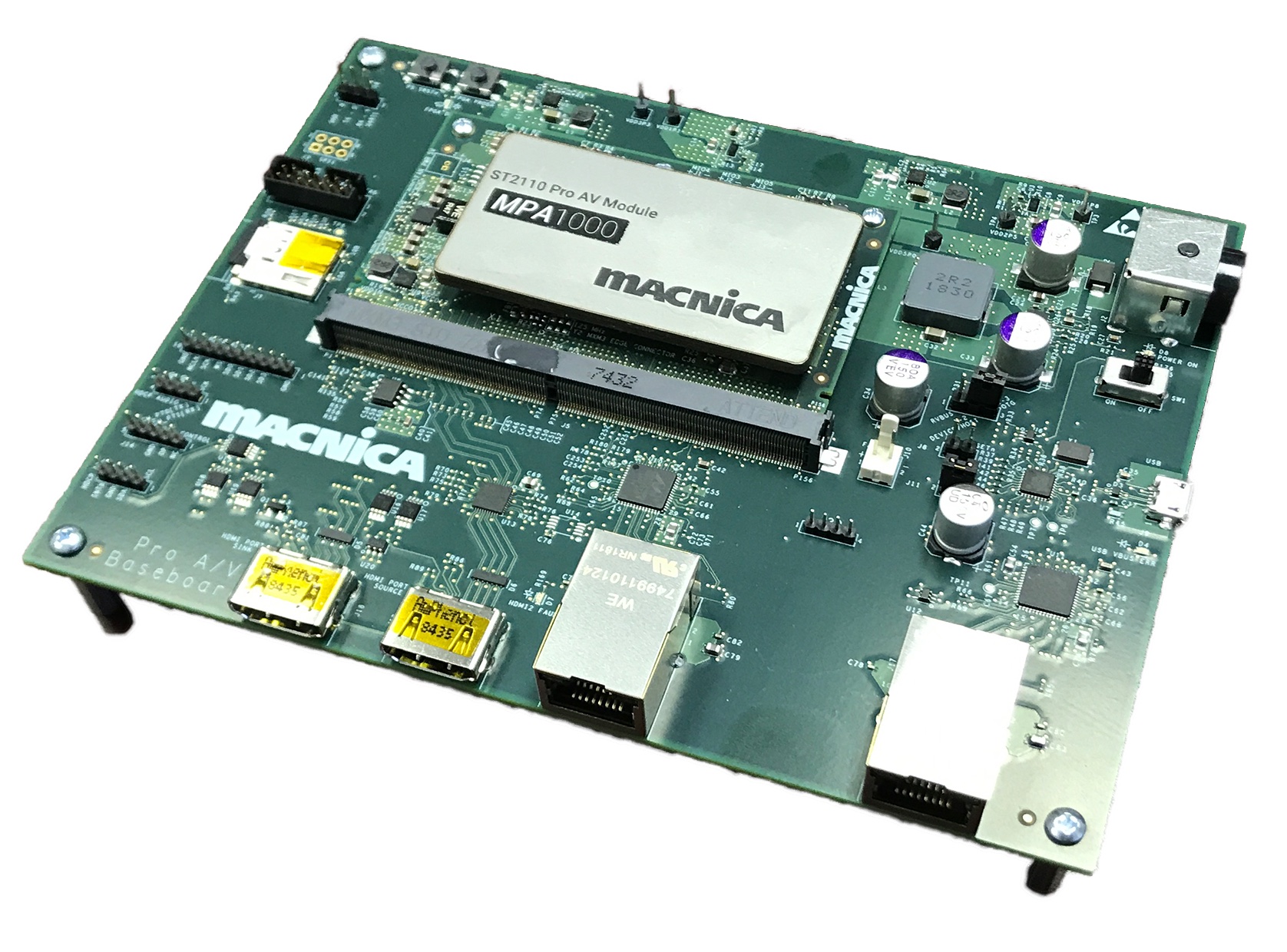 Macnica has played a leadership role in developing and aiding in the definition of emerging open standards that shape Video over IP migration for more than a decade. Macnica now opens a new chapter in that history as a leading proponent of the emerging IPMX set of standards first introduced with the professional AV market in mind.

Introduced by the AIMS Alliance in early 2020, IPMX implements a standards-based approach for AV over IP based on the SMPTE ST 2110 standard. At IBC2022 (September 9-12, RAI Amsterdam), Macnica adds a new twist to the open standards movement by demonstrating how the emerging IPMX set of standards can simplify and accelerate the IP transition in broadcast and live production. Visitors to Macnica’s booth (2.A58) will see a full range of video over IP transport solutions for networks from 1Gb to 100Gb using Macnica’s full suite of SoC, SoM and pure software solutions. The demos will highlight Macnica’s unique ability to address open standards transport across IP networks of varied bandwidth.

Andrew Starks, Director of Product Management for Macnica, notes that IPMX shares many of the same technical benefits of ST 2110, including professional, broadcast-quality compression tools, but offers some unique technologies such as relaxed timing and support for asynchronous sources. These technologies will prove attractive to broadcast and production professionals looking for simpler, easier-to-deploy systems.

“IPMX builds support for asynchronous sources into the specification, which simplifies how systems are designed and lowers cost,” he said. “It does this while retaining what makes SMPTE ST 2110 so powerful, including the ability to measure and manage latency. That means that content can be re-aligned in a multi-source system while keeping latency low, all on less expensive equipment and within environments that are simpler to manage. ST 2110 opened opportunities to scale up to very large systems. Now IPMX is enabling the industry to scale into much higher volume, lower-cost system designs.”

The clearest example of this trend might be Macnica’s demonstration of its IPMX pure software implementation. The demo will multicast UHD 4K60 video with JPEG-XS compression  video from one laptop to an IPMX software decoder (based on Macnica’s IPMX Development Kit) on a second laptop over a 1Gb network, with Macnica’s ME10 SoC web interface with customizable APIs enabled for developers. A second fundamental IPMX Gateway Reference Design demo will show Macnica’s MPA1000 SoM powering low-latency unicast video and audio over KVM.

“When it comes to the question of software or hardware, we strongly believe that the answer has to be ‘yes’ to both,” said Starks. “Seamless interoperability between these two worlds is a critical part of Macnica’s strategy, and critical to the success of IPMX. Customers want to move their content between devices and into the cloud and that only happens with excellent software implementations, which we are creating. As the rising adoption of IP infrastructure unlocks new media production capabilities, Macnica’s portfolio of components and software tools are indispensable for product developers striving to meet evolving demands and explore new ways to tell stories.”