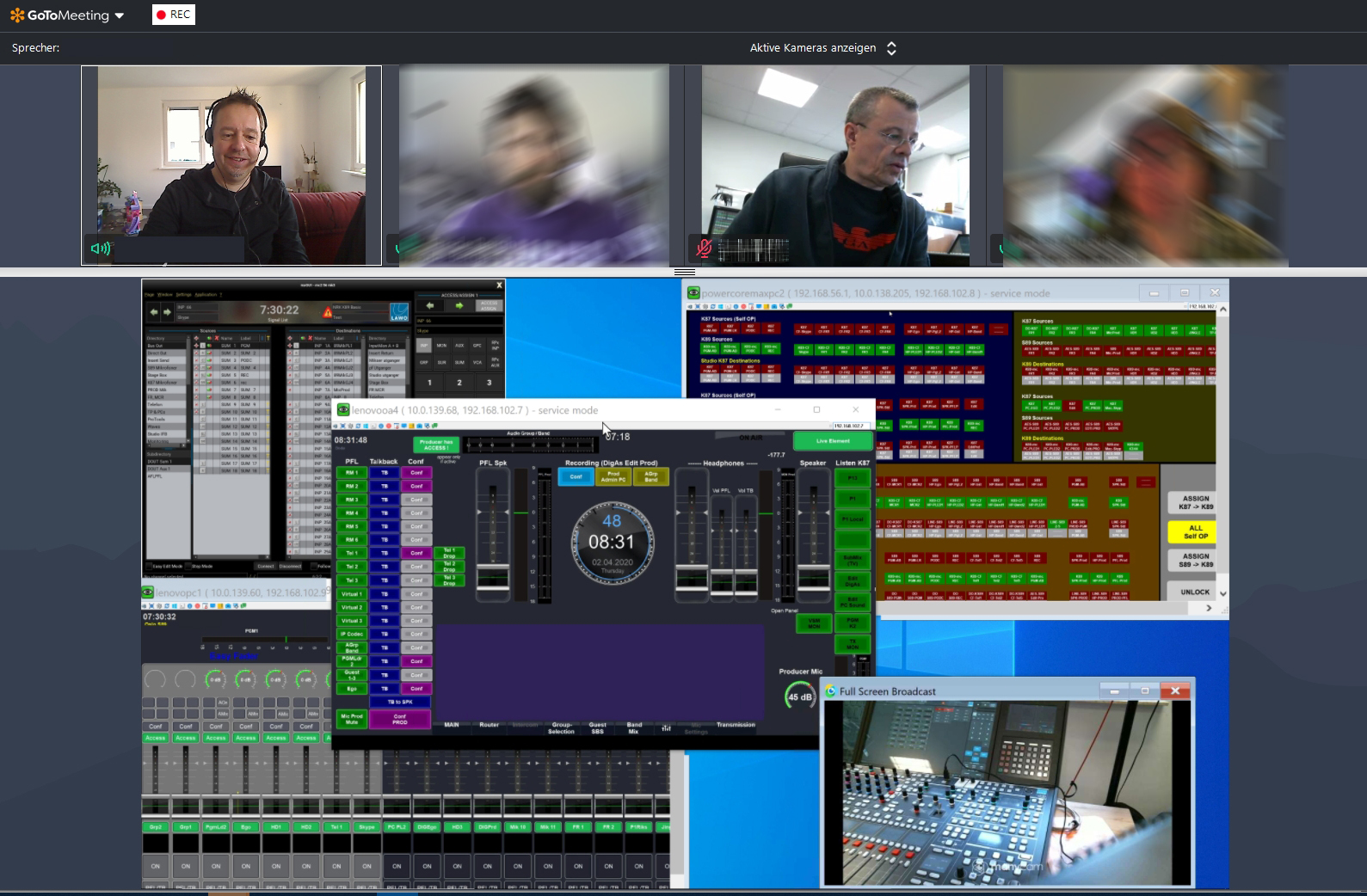 Covid-19 has disrupted normal business in most of the world, but that’s cold comfort when you’re a broadcaster depending on equipment to be finalized.

Lawo’s commitment to its customers means keeping a constant watch for new technologies and innovative approaches to solving problems. In this case, the task was tackled by Jürgen Sigrist, Application Engineer, Software Customizing and System Configuration.

“It took me some days to set up the test scenario by combining a computer, two webcams and three Lawo VisTool screens, as well as the mxGUI of an mc²56 production console,” says Jürgen. “But it was worth it, as this setup made it possible for one person to operate the mixing console, pull and plug the GPIOs, press the buttons and trigger the playout of the audio.”

“Since all the involved NRK engineers are also currently working from home offices, the conditions for this remote session were excellent. Everyone in the team had already changed over to online communication during previous phases of the project, so we were all able to safely exploit the full scope of possibilities,” explains Börje Brüggemann, Senior Solutions Engineer and Project Manager. “The customers were able to share and update I/O lists and documents and complete the checklist during the test. To do this, we used another platform which, in addition to audio and video, also enabled comments and document exchange.”

“With this virtual Factory Acceptance Test, we achieved a valid acceptance of the customer systems despite the current difficult circumstances, which do not allow on-site visits” says Sigrist, who conducted the remote FAT. “Not only will the knowledge we gained be invaluable in the future, the corresponding online infrastructure is indispensable because it allows the customer’s team uninterrupted, direct access to the test setup so they can check system functions themselves.”
“Of course the savings in travel time gained with this virtual FAT are significant,” notes Sigrist, “but perhaps best of all is that we all get to stay close to our own familiar coffee machines!”