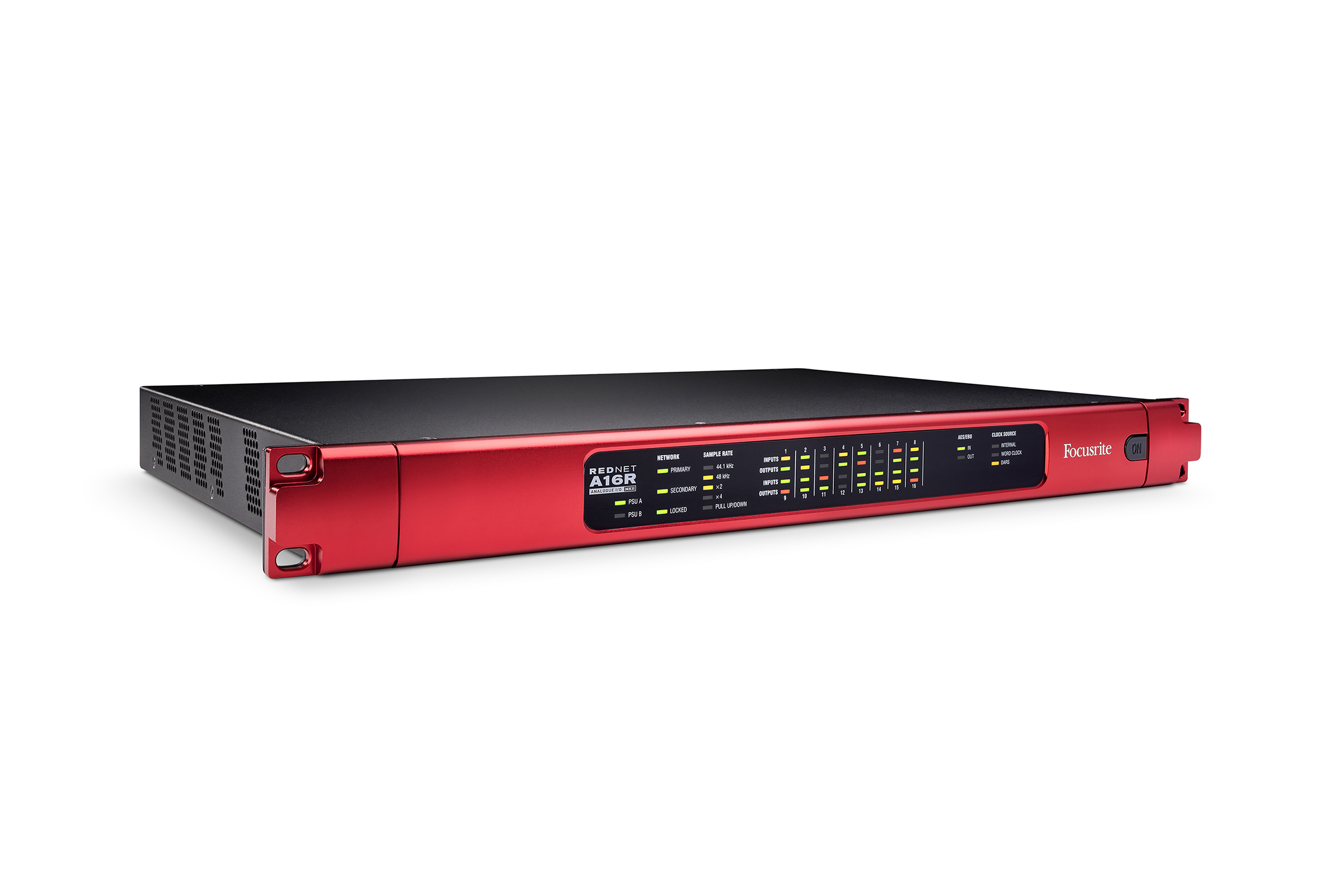 RedNet A16R MkII is a 16×16 line-level analogue interface that is perfect for getting 16 channels of analogue audio on or off a Dante Audio-over-IP network. RedNet D16R MkII is a 16×16 AES3 interface – ideal for interfacing between digital audio equipment (such as consoles and power amplifiers) and a Dante network. Both units feature dual PSUs and primary and secondary networks for redundant operations, with audio switchover in case of power loss or network failure, making them ideal for critical path applications such as broadcast, live sound and post-production.