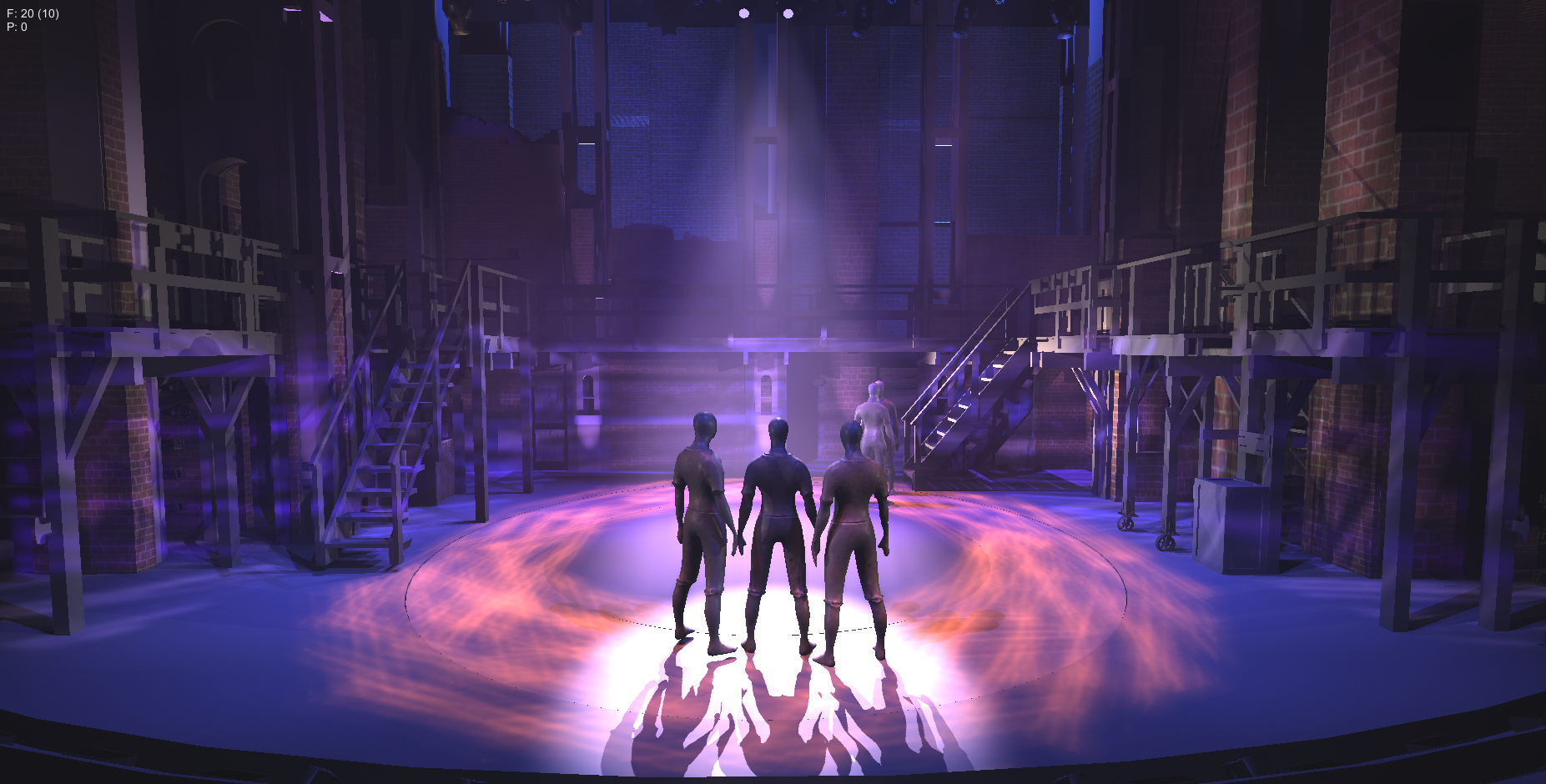 As the world waits for venues and productions to reopen, lighting students and professionals alike have turned to the virtual realm to hone their skills. Now, ETC has partnered with an award-winning Broadway lighting team to create a new educational challenge: The Hamilton Programming Project. Participants will use actual touring paperwork from the hit musical to finish prep on an Eos show file and recreate Howell Binkley’s Tony Award®‐winning lighting looks – all in Eos Augment3d.

The project stemmed from an idea Hamilton’s Programmer David Arch had when he sat down to explore Eos Augment3d, a programming environment (currently in open beta) that allows Eos Family console or ETCnomad users to control and design in a three-dimensional space.

As a practice exercise, Arch decided to import the 3D model of the Hamilton set from the pre-vis of the first touring production and add in the lights. With Augment3d as his virtual venue he began to lay virtual focus tapes and cones, focus conventionals, touch up moving light presets, and insert virtual performers on the set and turntables. “By the end of the day I thought, ‘this is quite an interesting learning experience,’” says Arch. If he had found the project valuable, he reasoned, then maybe others would as well.

After getting buy-in from the Hamilton team, Arch set about collaborating with ETC to flesh out the project as a guided educational exercise. He pared down the show file to thirteen short cue sequences and put together a package of real paperwork – including a cone layout sheet, conventional and moving light focus charts, gobo images, preset charts, a magic sheet, and more – taken from the third Hamilton tour. Students of the project can use this paperwork to recreate the cue sequences in Augment3d, checking their work against a series of images from Arch’s own Augment3d file.

Participants also get a chance to work with a virtual replica of the Hamilton set. “It’s the full 3D Vectorworks version that came out of [Scenic Designer] David Korins’ office for the Angelica Tour, so it’s beautiful,” explains Arch. “It is a unit set, but you can move the stairs around and have fun with the turntables, and there is a lot of detail to explore.”

The Hamilton Programming Projects contains both an introductory and an advanced track, each with its own show file. The introductory file provides a mostly-functional rig as a starting point while the advanced file gives students extra Augment3d practice as they work to get their rigs up and running. The project doesn’t provide step-by-step instructions, instead encouraging participants to use their own creativity and knowledge to create snapshots, macros, magic sheets and other programming solutions.

“Hopefully, at the end of it,” says Arch, “your cue images will look similar, or better, than our cue photos.”