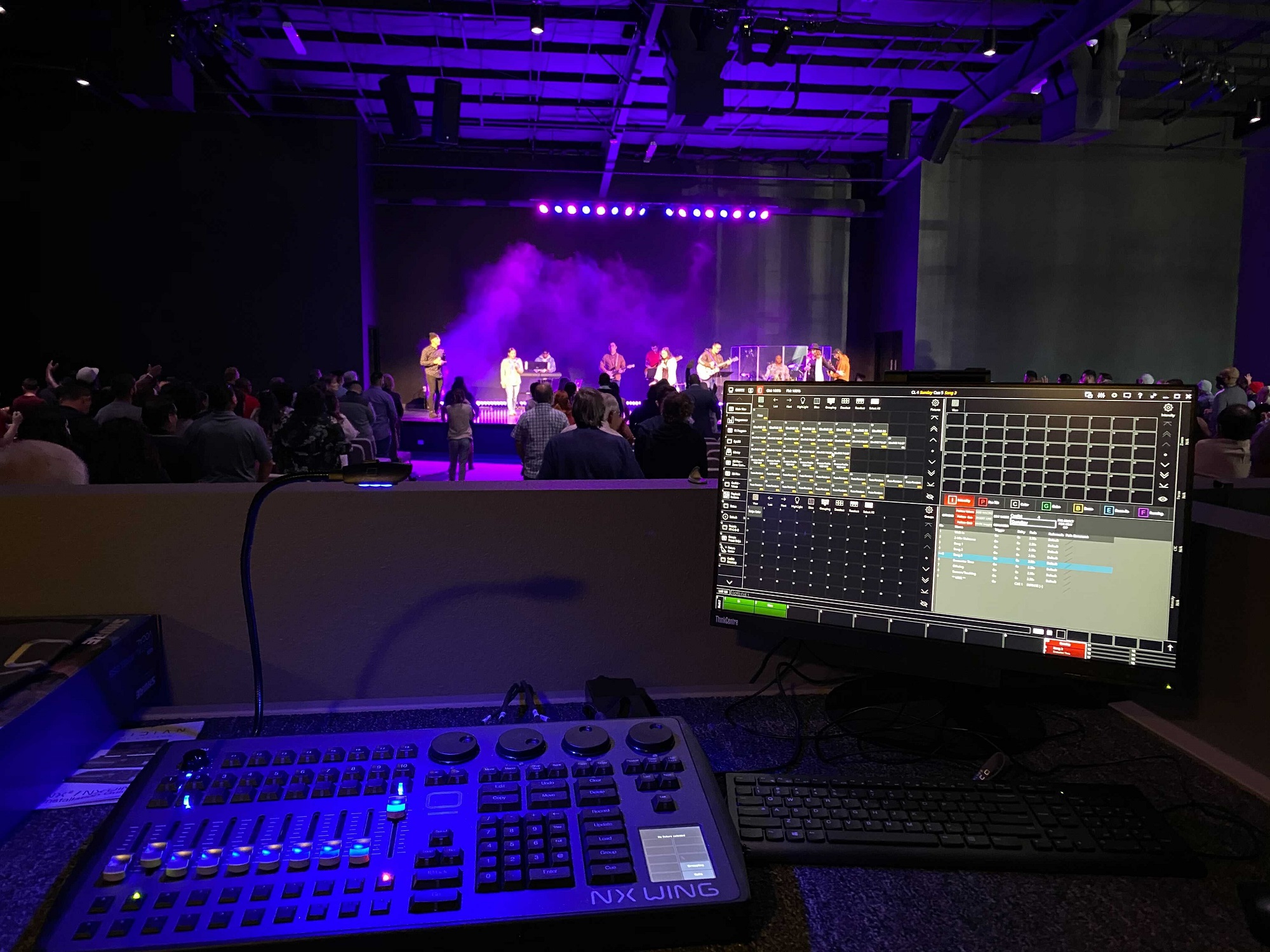 Passion Church, a thriving 400-congregant, multigenerational and multi-ethnic church in Casa Grande, Arizona, was in need of a complete audio, visual, and lighting systems overhaul to effectively equip its growing ministries into the future and chose Elation Fuze Pendants™ as part of the solution.

In early 2020, Passion Church reached out to 5 Words Media (5wordsmedia.com), an AVL production company based in Phoenix, to inquire about a full AVL system design. A day later, 5 Words Media Sales Engineer Brandon Cole met Pastor Romeo Leal on-site at Passion Church to walk the space and strategize an ideal AVL system to support their current and future needs.

“I wanted to hear the dreams Pastor Romeo had, not just for the AVL aspects of Passion Church, but for his church overall,” stated Brandon Cole of 5 Words Media. “Designing a system with the overarching vision and mission of the church in mind helps us design and build them a system equipped for future expansion while also ensuring excellence is achieved.”

The church’s previous build used basic 0-10v lights but Cole wanted to give his client the ability to “paint a picture” using dynamic house lights. “Some of their wants were to control the left, center and right sections of the audience,” he says. “Showing the capabilities of the Fuze Pendants between color to dimming control hit the nail right on the spot with what they were looking for.”

“While house lighting was not part of the original scope of work, after a few conversations with Pastor Romeo we quickly discovered the value in adding 18 Fuze Pendants across their sanctuary,” Cole states. “We’re thrilled to see that pairing these fixtures with the E-Fly Wireless Transceiver out of the NX Wing provides them with the color and control that they were looking to achieve!” The Fuze Pendant is color temperature adjustable from 2,000 – 10,000K and houses a full spectrum 230W RGBWL array for washes of high CRI white light, subtle pastels or pure saturates. Silent with no fans, output is up to 11,000 lumens.

The new lighting system, which is also used to enhance the quality of the church’s broadcast efforts, gives clean coverage across the entire audience, while giving control over the left, center and right. Cole notes that it also allows them to bring down the left and right while leaving the center up and vice versa, color included. It’s a level of control that the church values. “The NX Wing had to be the biggest part of this build. The capabilities and volunteer-friendly, 4-Universe controller is what got the church on board. It has plenty of flexibility while valuing their volunteers, along with their dreams and hopes.”

The install in the 450-capacity sanctuary space was completed in mid-February. “Our team loved working with Passion Church, the relationship that was built and the gear that was installed will last,” Cole concludes. “The system that they walked away with is a system that preps them for future growth while achieving excellence at every step of the way.”