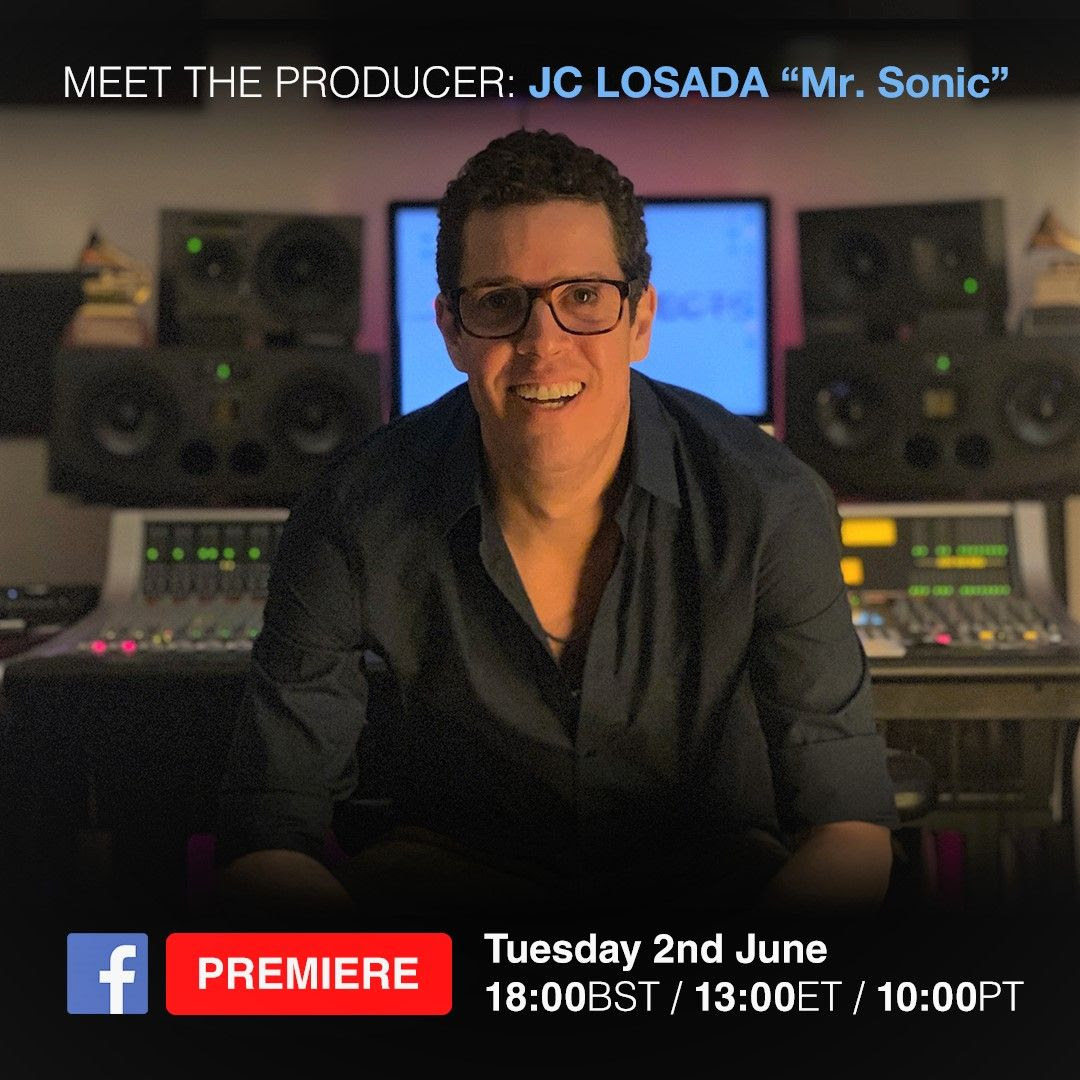 SSL continues its ‘Meet the Producer’ series with JC Losada on Tuesday, June 2nd at 1:00 p.m. Eastern Time (ET). Losada — aka Mr. Sonic — is a multiple GRAMMY and Latin GRAMMY-award winning composer, producer and sound engineer. He will be joining SSL to discuss the music industry, music education as well as the range of SSL consoles he’s worked on over the years. Those attending will gain insight on Losada’s production techniques as a long time SSL user — both ‘in the box’ as well as on his AWS 948 console equipped studio.

Join SSL online this Tuesday and gain insight into the music industry, production workflow and everything in between. Submit your questions in advance via their social channels by accessing the registration link, below or benefit from live Q&A in the comments section as the interview premieres. Every two weeks, SSL will be unveiling additional ‘Meet the Producer’ episodes, featuring GRAMMY winners and world class artists and producers.

To learn more about SSL’s ‘Meet the Producer’ series or to watch previous sessions, head over to the SSL Facebook page at https://www.facebook.com/SolidStateLogic.SSL. and meet the producer.